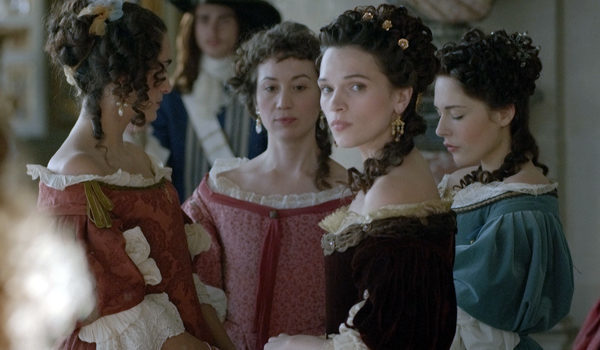 The first season of Versailles finished airing on Ovation last weekend, and it’s headed to Netflix next, according to reports. The second season has already been filmed, and a third is in the works. We know all about the hair and the sex, but what about the costuming? Overall, I’d give it a middling to good grade, somewhere above Poldark overall but below Outlander‘s Paris episodes in terms of visual interest and attention to detail. 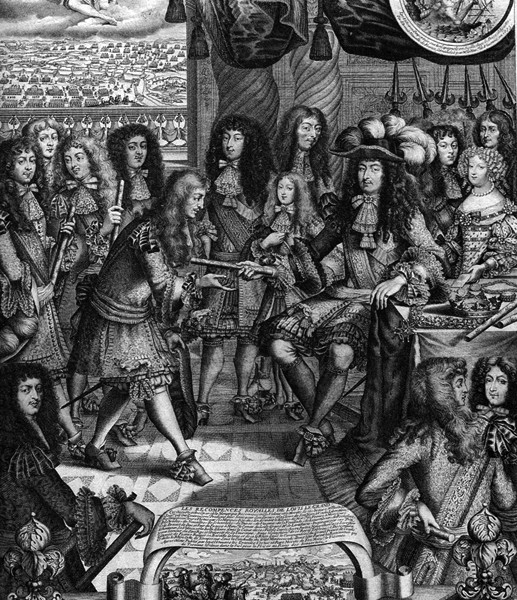 For all the advance press about Versailles‘ huge budget spent on art direction and costume for the 1670s setting, I think more of that went to the art side for locations and scenery. Many of the interiors were filmed in historic French chateaux, giving the series an authentic spacial feel. But it’s clear that costume designer Madeline Fontaine was limited in materials to work with for her large ensemble cast. She and her team worked hard on the historical styles overall, and there are times when, watching Versailles, I am truly transported away by the grandeur and the steamy, soapy stories. But occasionally, a small visual clunker brings me back to the 21st century. So here we go, the good, the bad, and the ugly… 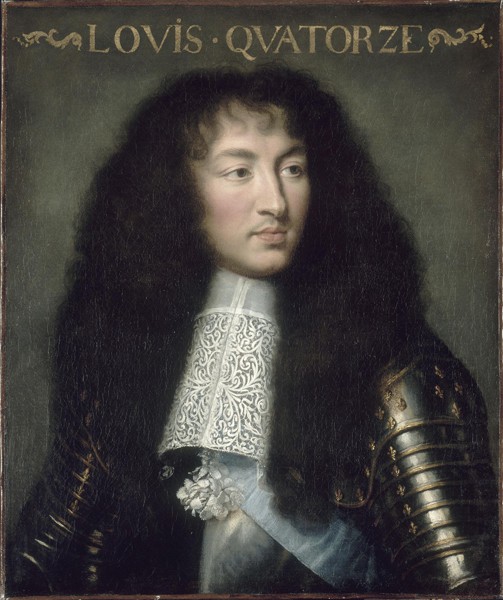 Louis XIV, 1662, via Wikimedia Commons. Wearing lace, even with armor.

It may not be perfectly period, but it passes well enough on TV. And considering there is so very much lace, that’s no small accomplishment. They didn’t skimp, which is good because abundance was significant in this era. 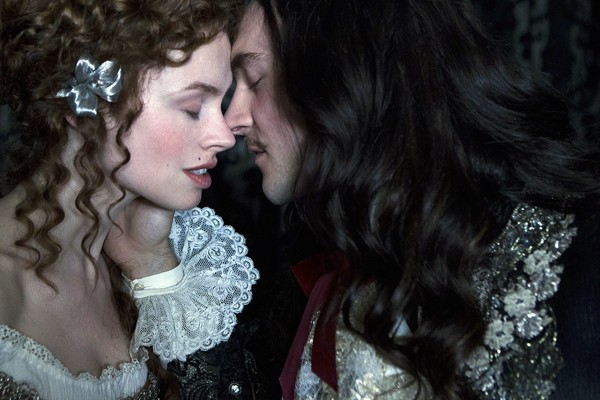 In the middle of a tryst with Louise de La Vallière, we can see the King’s fancy lace cuffs. 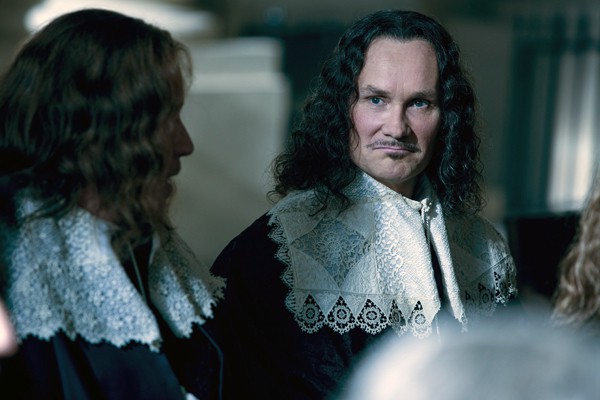 The King’s council, older men, tend to wear an older, more conservative style of lace collar, but still with extravagant lace itself.

The Fit of the Women’s Dresses 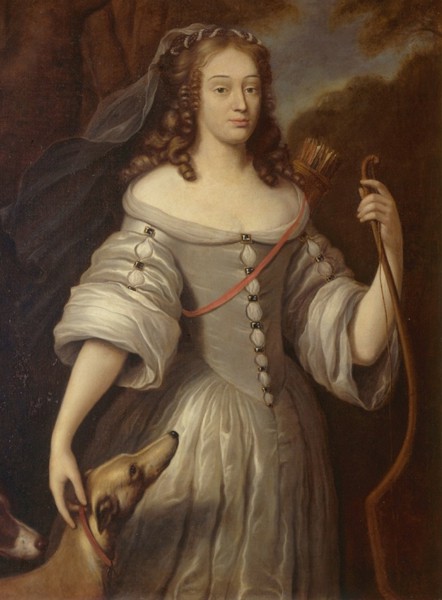 Costume designer Madeline Fontaine and her team apparently took time on the principle actors gowns. The fit and shape suits the 1670s aesthetic. Even though the storylines revolve around sex, Fontaine resisted the temptation to stick boobs in everyone’s faces, which could have been done with corsetry (a la The Tudors). The gowns’ necklines could be a touch more on the shoulder point instead of sliding down off the shoulders, but that’s a quibble, and I can see how this may have been a concession to modern tastes — a small one that doesn’t bug me. 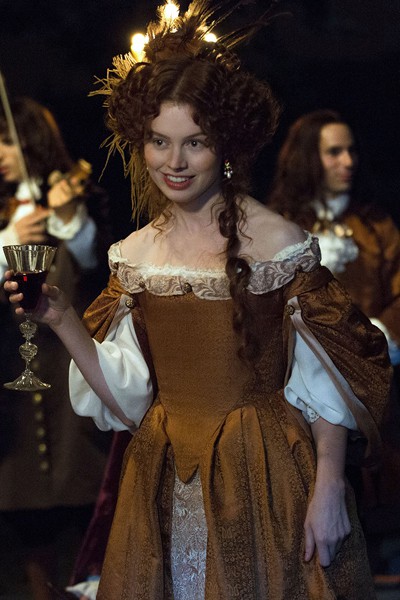 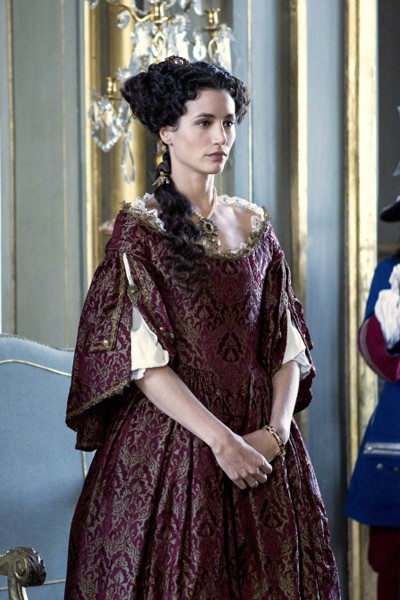 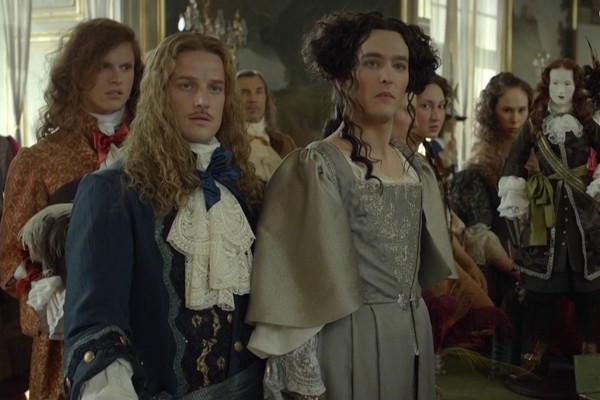 He should be wearing a full dress over it (not just a robe thingy), but at least if he’s wearing women’s underwear in public, it looks historically accurate. Also, kind of hot, especially when he kicks ass. Yaaaaas, queen! 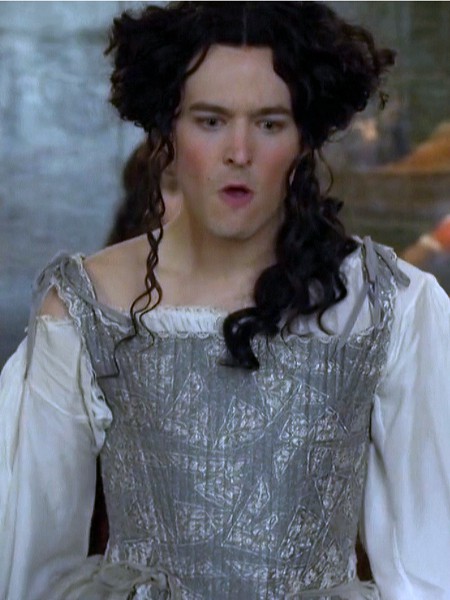 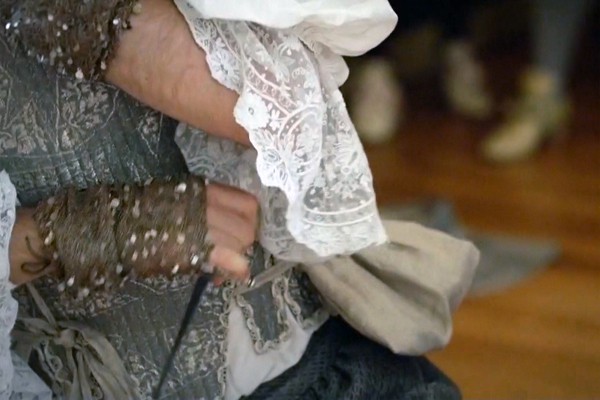 He’s even wearing a bum roll, tied underneath the front corset point, as you do. (And those spangled mitts are FABULOUS.) 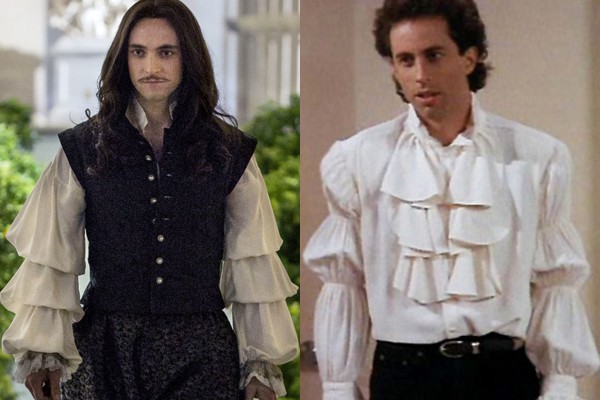 It’s that Seinfeld episode, and the shirts are straight out of an International Male catalog circa 1992. Every single man — from the court to the middling classes to the guys strung up in prison — is wearing shirts with puffy, two-tiered sleeves, and sorry, but there is a striking lack of historical evidence for that style. Men’s shirts have been made with a straight, rectangular-cut arm since wearing shirts was a thing. Also, to create those tiered puffs in a historical fashion, you’d need some kind of casing tied with ribbon, of which there is zero evidence in this entire TV series on any male wearing said shirt. You know what that means: elastic. Yup. And that ain’t historically accurate. 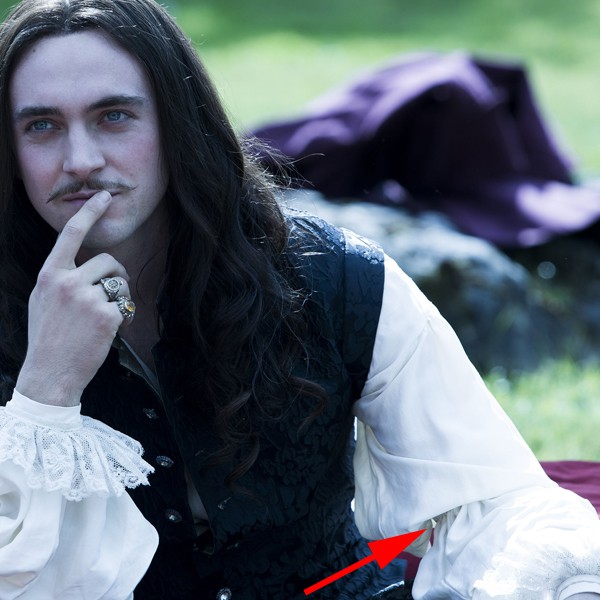 I defy you to tell me that’s not elastic. 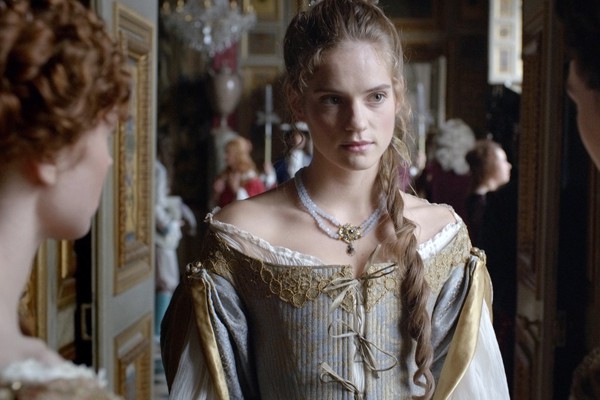 Sure, it may have been done. But not with four skimpy bows down the front or dinky little loops. No, you’d see handworked eyelets, about a zillion of them, and a strong cord would lace through the holes in spiral fashion. Go take a look at the cross-dressing prince’s corset, it’s a lot more realistic. Also, Henriette wears this bad corset AS A DRESS later on in the series, just adding some sleeves. That definitely was not done. 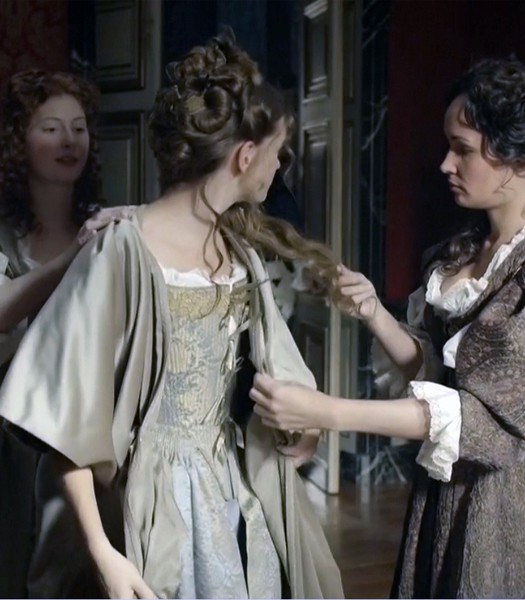 Honestly, she doesn’t need help in this scene. Four bows! 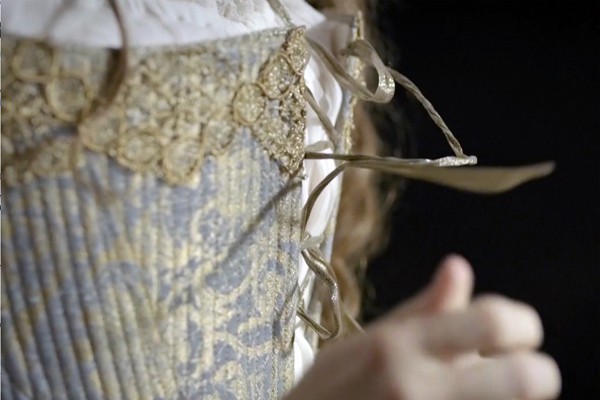 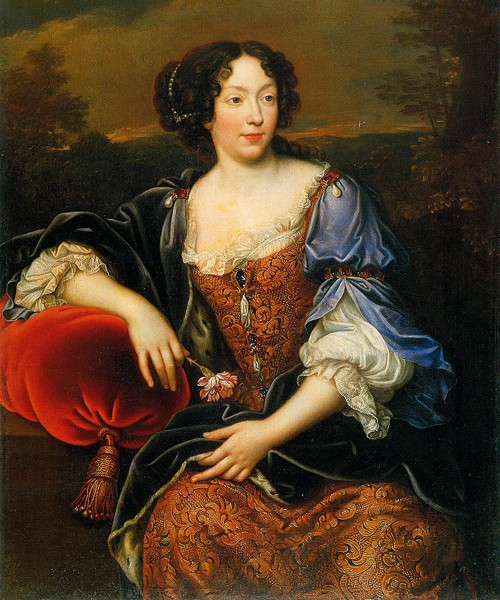 We get it, costume designers have to work with what’s available and what’s on-budget. But when there’s a generally decent historical palette, a few bad fabrics will stand out. I also wonder how / why this production had such a terribly hard time sourcing period-appropriate materials (as Fontaine said in multiple interviews) when, say, Terry Dresbach and her team did so much hand-painting and embroidering in her own workshop to get a lush look for the Paris episodes in season two of Outlander. I know, I know, every show has different choices to make … but hey, it’s my job to question this stuff! In Versailles, some costumes on main characters are made from blatantly modern fabrics, and some background ladies have just plain ugly gowns. I also spotted a lot of JoAnn’s-style trim on leading ladies who got repeated close-ups. Meh. 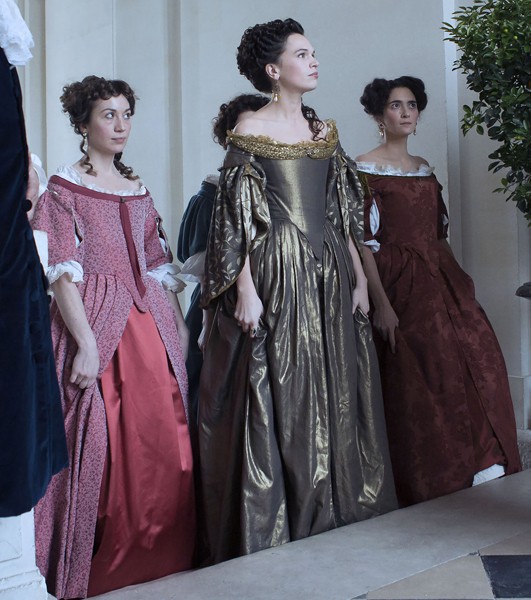 Center, Madame de Montespan, has some modern upholstery fabric for sleeves, while the random lady on her left would look OK except the pink stands out too much among all the very dark or very pale colors. 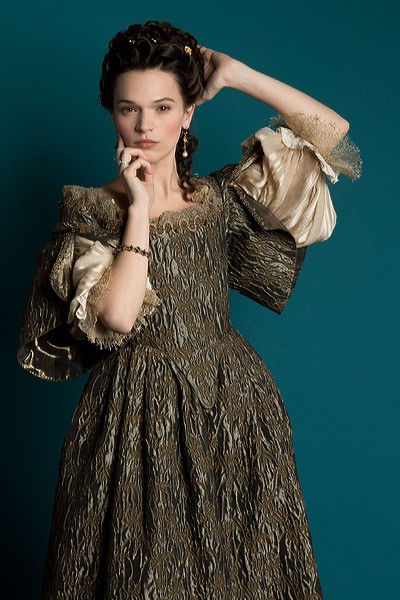 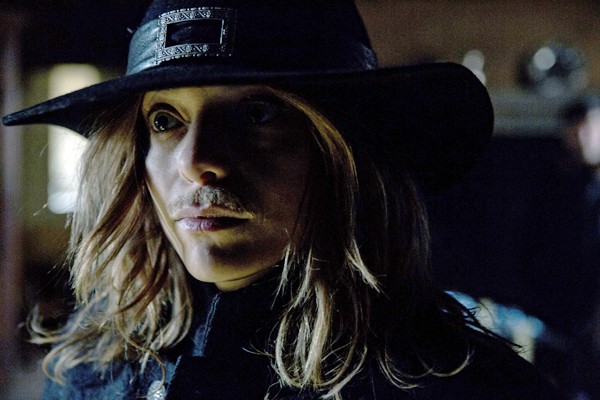 This is stupid. The whole subplot is dumb, as Kendra noted earlier, and it didn’t get better as the series continued (Claudine’s own father hated her because she was a better doctor than he ever was? the hell?). On the costume side, when the King appoints Claudine as his official doctor, everyone thinks it’s a good idea for her to dress in men’s clothing. But it’s ineffective, bad-looking cross-dressing. Is that supposed to be the point? To show Claudine doesn’t want to do it or that it’s a bad idea? Ugh. I don’t care, just make it stop.

What do you think of Versailles season 1 costumes?