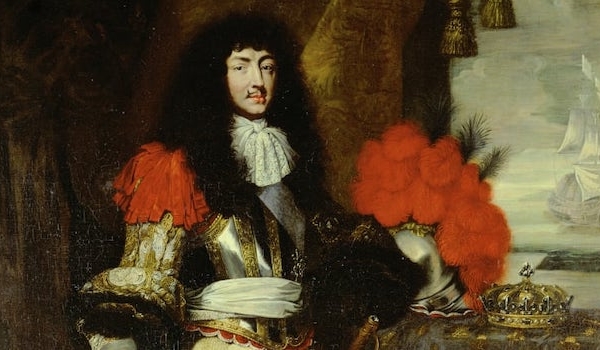 [The] series, comprising 10 one-hour episodes, opens in 1667. [Louis XIV] is 28 years old and the sole commander of his kingdom following his mother’s death. Burdened by insecurity brought on memories of his childhood trauma – a bitter coup attempt known as ‘the Fronde” — he creates a trap at Versailles to ensnares and disempowers the nobles who threaten him.

Not a whole lot of info on this one, unfortunately… George Blagden, the lucky actor selected to portray Louis XIV, was just announced on Monday. Blagden is currently best known for his role on Vikings as the monk Athelstan. We haven’t watched Vikings yet, so no comment on his acting ability, but he’s young and cute and hey, why not. The costume designer is Madeline Fontaine, best known to US audiences as having costumed Amélie. From the sound of things, the show has some decent firepower behind it, so hopefully we will not be disappointed.

And apparently Versailles is also noteworthy for having some serious CGI technology behind it. According to VARIETY:

The series is set before the construction of the Palace of Versailles. The new technology will play a key role because, in addition to the new production opportunities offered, the real-life settings no longer exist.

The series begins filming this month, if various internet sources are to be believed, but not much else has made it’s way onto the web. So, I suppose that means we all have to stay tuned! In the meantime, if you’re looking for a great biography of Louis XIV with an emphasis on the women surrounding him, I recommend Antonia Fraser’s Love and Louis XIV: The Women in the Life of the Sun King.