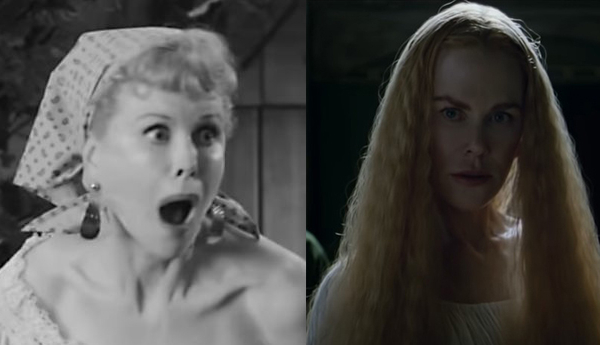 If you’d have asked me to cast a biopic about Lucille Ball, my first pick would have been Debra Messing, and not Nicole Kidman, so let’s just get that out of the way right now. It’s not that I don’t think Nicole Kidman isn’t up to the acting task, it’s just aside from vaguely looking like Lucille Ball (um, red hair?), Kidman’s real niche is playing ice queens, which makes her a far more natural choice for the role of Queen Gudrun, the Gertrude-analogue in the proto-Hamlet myth of Amleth, than she is cast as the proto-manic pixie dream girl Lucy Ricardo (I know just pissed off a bunch of you off by writing that, but I have IMDB to back me up on the comparison).

That said, Being the Ricardos (2021) hit theaters on December 10, and it’s having its streaming premier today, December 21, on Amazon Prime Video. Let’s take a look at the trailer:

I’m going to set aside my general skepticism about Aaron Sorkin casting Kidman as the iconic Lucy, because honestly, anyone who steps into that role is going to have a lot of (perhaps unfair) expectations to meet. Mega-stars like Nicole Kidman, of course, are going to face harsher comparisons between the “reel” Lucy and the backstage reality of her life, especially if the tribute fails to meet even the lowest of those expectations. But just watching the trailer, as long as I’m not looking directly at Kidman, I can see enough physical resemblance to balance the cognitive dissonance that exists between half my brain saying “No way in hell can Nicole Kidman pull this off convincingly” and “Give her a chance, for God’s sake, you hyper-critical bitch.” Kidman actually does a good job nailing Lucy’s voice, which helps. 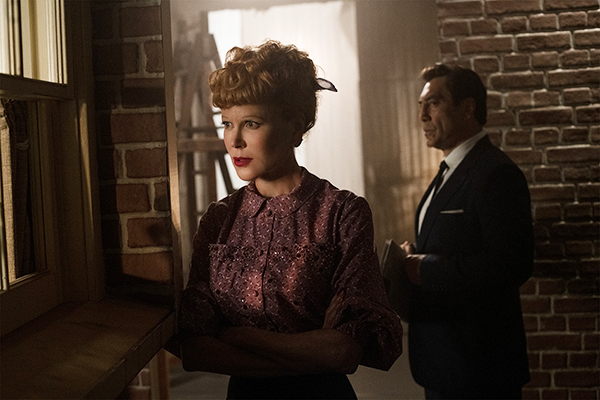 The supporting cast includes Javier Bardem as Desi Arnaz, a controversial casting choice on its own.

I’m reserving full judgement until I’ve watched the film, and, of course, you will have a report in due time on my findings. Let’s just say that I’m open to the idea of Nicole Kidman doing a reasonable job in this role filled with a lot of reasonable expectations.

Now let’s turn our attention to the next historical flick starring Nicole Kidman, The Northman (2022), which is slated for an April 2022 release. The film is an adaptation of the source material Shakespeare based Hamlet on, about a Danish prince who witnesses his father’s murder at the hands of his father’s brother. Kidman is cast as Queen Gudrun, the aforementioned analogue to Queen Gertrude, who becomes the wife of the murderer brother after her first husband’s death, which ostensibly triggers some real issues between her and her son when Amleth returns from exile to avenge dad.

The film has a lot of things going for it as a frock flick, primarily that it’s directed by Robert Eggers, acclaimed director of The Witch (2015), so presumably attention to historical detail will be pretty high. And it looks that way from the trailer, showing more historically inspired “viking” costumes than what we typically are served up in modern film and television shows dealing with this era. 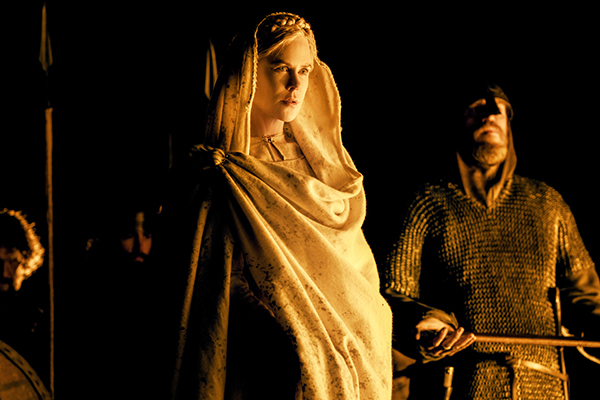 About the only critique I can make of this outfit is the splattered wool cloak, but it’s so minor that I feel like even mentioning it is not worth the effort. That coat of maille looks rad, though.

There are limited photos circulating of the costumes in general, so we just get snippets of them in the trailer to go off of, but I’m seeing more linen and wool than leather biker pants and crudely stitched together fur, which is a good sign (the wolf skins in the trailer are clearly a symbolic choice and not a full-on fashion statement a la Vikings). And it at least looks like there was an armor consultant on the crew that they were paying attention to. I don’t doubt that this film will still deliver all the ridiculously over the top battle scene action that is de rigueur these days, but at least it’s giving more than a passing glance at historical accuracy as it whirls past in a frenzy of slashing swords and blood spatter. I remain, as always, cautiously optimistic.

Will you be seeing Being the Ricardos or The Northman? Tell us in the comments!