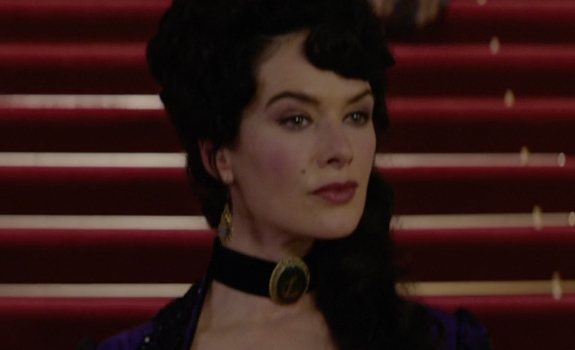 A few weeks ago, I posted about The Adventurer: The Curse of the Midas Box (2013) and noted that, for all the flaws with the film, the costumes were really pretty good. Specifically, the costumes worn by Lena Headey, except there was one problem: There were hardly any photos of these costumes online. So, I vowed to screencap every costume she wore in the film, which seemed like a lot of costumes, but turns out to be not quite that many. I also discovered that the reason there were probably hardly any photos of her costumes posted online, despite being Fabulous-with-a-capital-F, is because the film utilizes more close-ups from the shoulders-up than any shots showing any of the characters full-length. That said, I made a promise and I am delivering!

First, we are going to look at a costume that is not worn by Lena Heady. It’s worn by Keeley Hawes, who plays the mother of the protagonist. She has only one outfit in the film, as she’s barely in it, but it’s really lovely and reminds me a lot of this 1891 gown from the Victoria & Albert Museum costume collection, with its striking combination of a dark background and bright orange fruits: 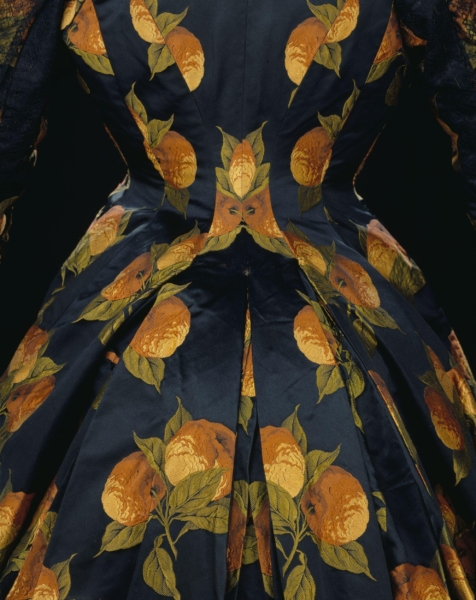 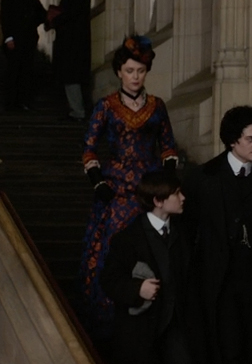 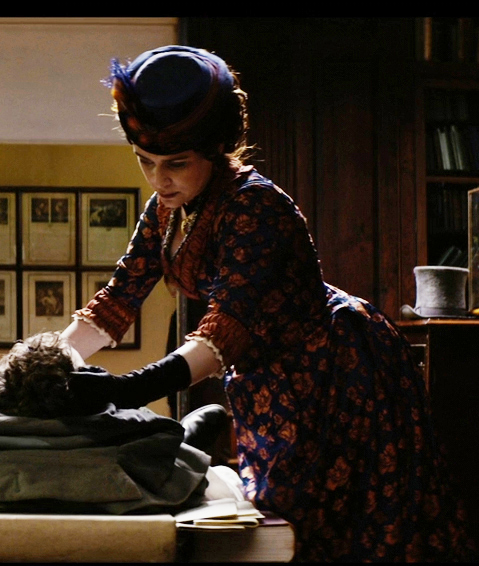 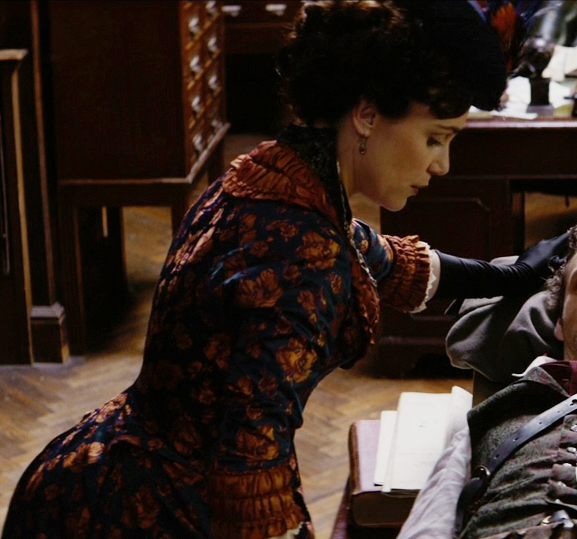 The first scene that Monica (Lena Headey) is in she wears this deep purple and black gown. It’s something I swear I’ve seen in Trystan’s closet, or at least it should be in there with all the other black and purple gowns she’s amassed over the years. 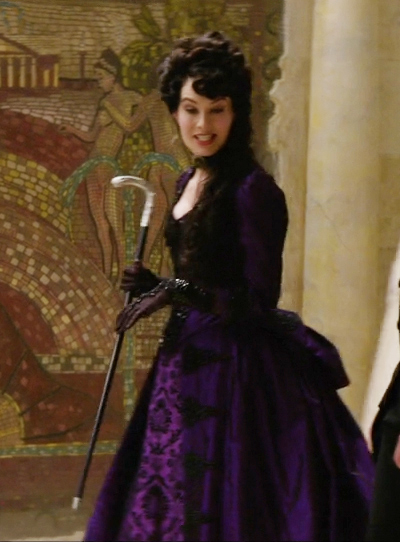 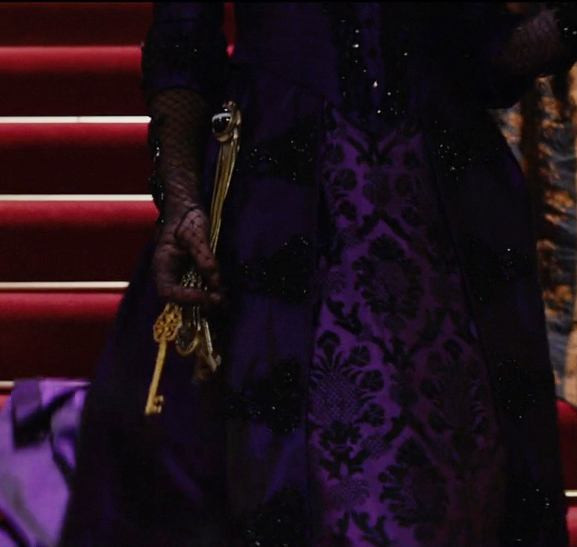 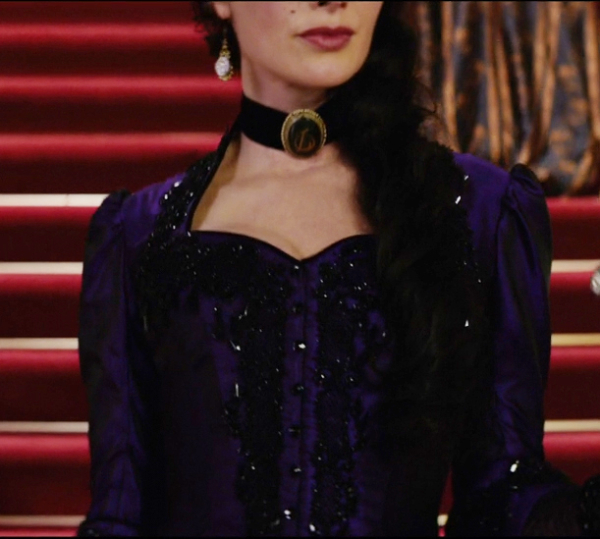 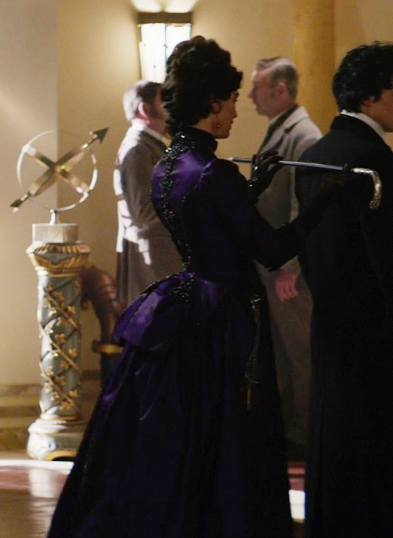 The next time Monica appears, she’s wearing a delicious green gown with embroidery on the bodice, accented with beetle elytra. 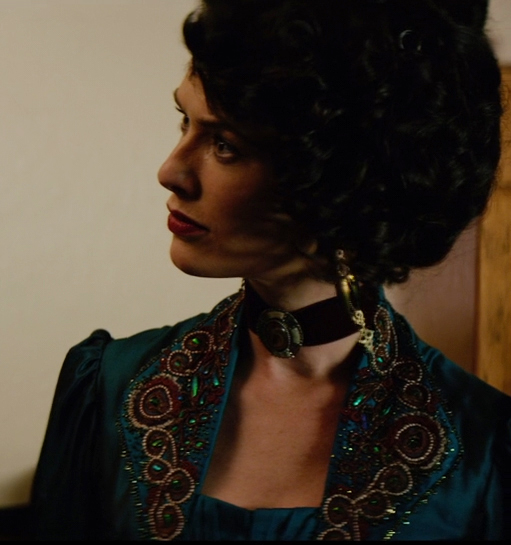 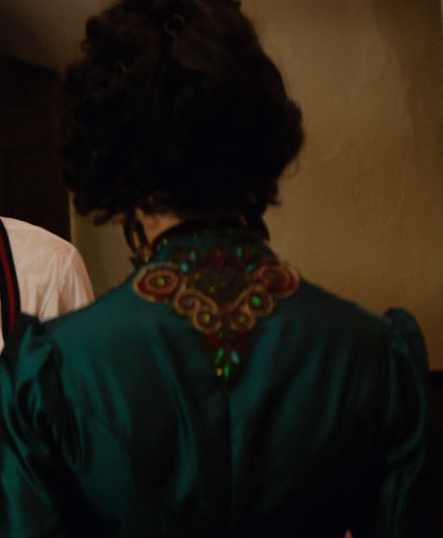 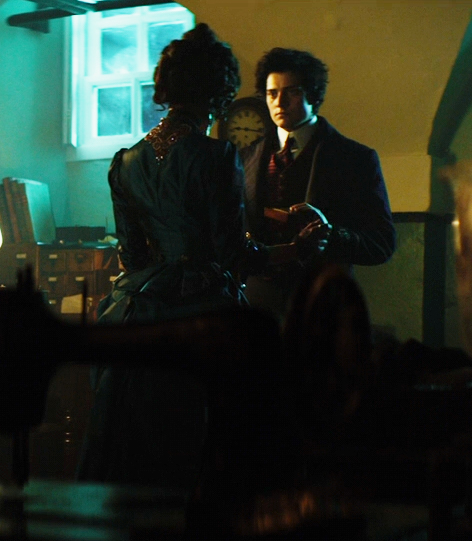 I’m honestly not sure if this is a different costume entirely, or if it’s the beetle elytra dress above but accessorized with a feather capelet and jaunty little top hat. It’s only briefly visible in a tight close-up of her face, inside a shadowy carriage, so it’s unclear what, if anything, is going on with the rest of the outfit. 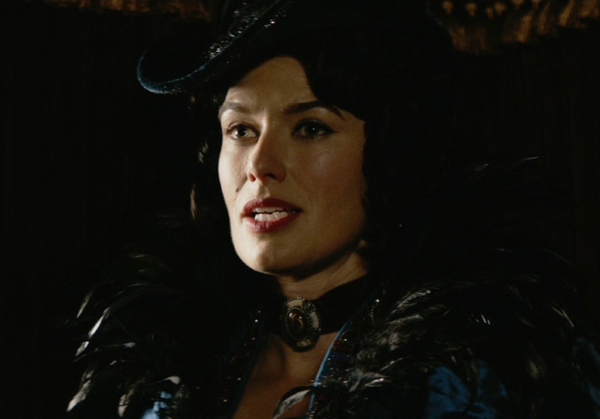 So, there you have it! It turned to be a much less ambitious project than I was expecting, but don’t ever say I don’t deliver on my promises! Which costume is your favorite?