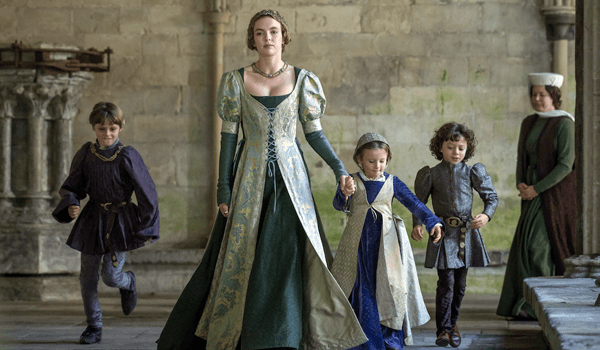 Oh Philippa Gregory. You have such an interesting view on history. The White Princess (2017) is still on Starz, and I didn’t need to watch more than a few minutes to see that the TV version isn’t any more historically accurate than the fictional novels they’re adapted from. This is history like Reign and The Tudors were history, folks — meaning, it’s NOT ACTUAL HISTORY. The White Princess is a fantasy with historical trappings, closer to Game of Thrones than Wolf Hall. Just because it’s on cable doesn’t mean it’s serious business. And while we all love a good fantasy bodice-ripper, we don’t pretend that’s how shit went down in ye olden times. So ignore the countless articles proclaiming this is some fabulous historical miniseries, and let’s look at just a few of the ways The White Princess gets history wrong (I know, there are so many, but I don’t have all day and I’m not getting paid for this).

Oh, and in case you’re new or just want to rehash all the snark, we’ve already discussed some of The White Princess‘ offenses against historical costume here and here and here, plus other reasons it bugs the shit out of us. Enjoy! 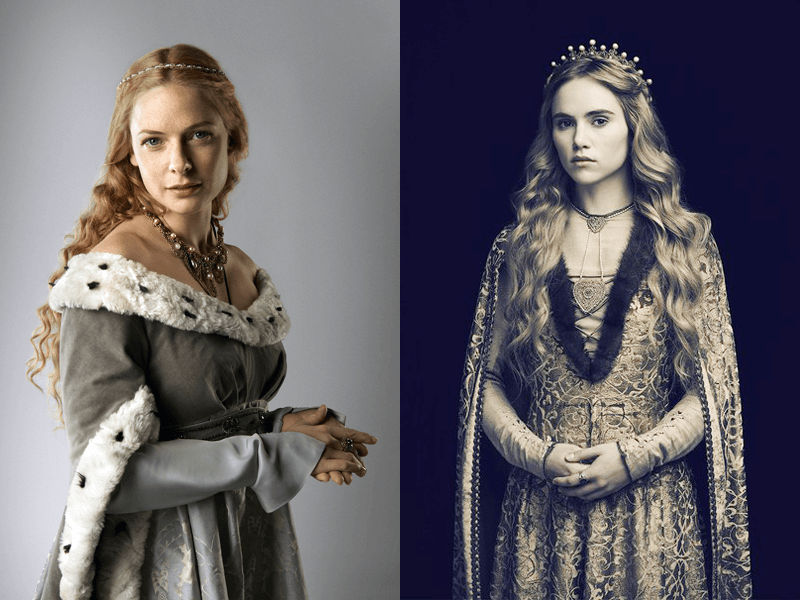 This has come up in comments on social media and the blog, which is legit because neither Philippa Gregory or Starz make it all that easy to distinguish between the two. The one is essentially a sequel to the other — the ‘white queen’ is supposed to be Elizabeth Woodville (who marries Edward IV; she shows up as a character in the second series but played by a different actress) and her daughter is Elizabeth of York, who is the ‘white princess’ and marries Henry VII. The first TV series takes place during the War of the Roses period in English history, while the second miniseries is supposed to end the war cycle with the marriage of Elizabeth, being of the York house, and Henry VII, being of the Lancaster house. Their heirs are known as the House of Tudor. Not that it matters because Philippa Gregory will screw it all up for you. 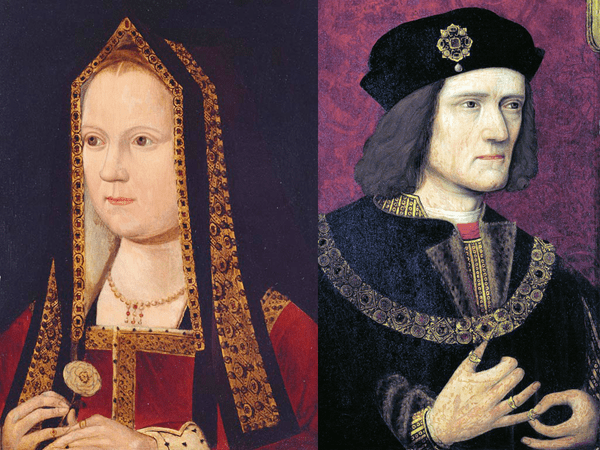 In this fantasy world, she starts out in love with (and having had sex with!) her uncle, Richard III. Yeah, no. At best, there was a rumor dating from a century later that Richard considered marrying her, but zero proof. A marriage between Richard and Elizabeth could have been moderately beneficial for him by making sure nobody else could usurp his York claim to the throne. But Richard had already screwed over Elizabeth’s family by accusing her mother of treason, declaring her parents’ marriage invalid and their children (including Elizabeth herself) bastards, and disappearing (if not killing) her brothers, not to mention stealing the throne from her brother, so why would Elizabeth be pining over this dude? And hello, that’s her UNCLE. Fifteenth-century Christian people had serious rules about consanguinity, meaning, you don’t just casually marry blood relatives (fast-forward to Henry VIII; this is why he claimed he could divorce Catherine of Aragon, since she was his sister-in-law). You needed papal dispensations up the wazoo, and those could always be disputed. Uncle-niece fucking was generally uncool. 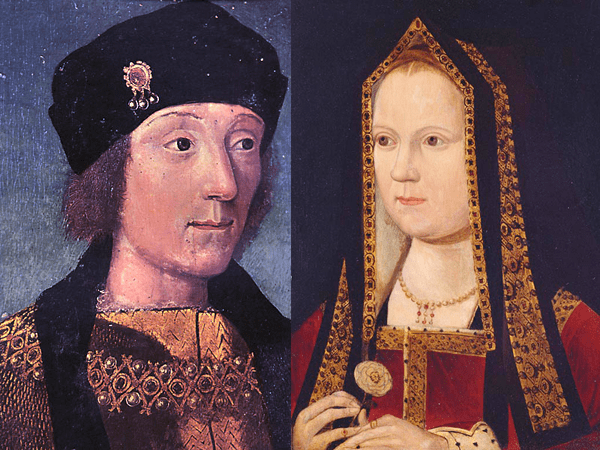 Also in this fantasy world, she hates her betrothed, Henry Tudor. While yes, it was an arranged marriage, remember, THAT WAS THE NORM for women of her social status in this time period. Marrying only for love / lust / romance is a very modern concept. Yes, it happened pre-21st-century, but it tended to be the exception, not the rule. Marriage was primarily a matter of social status and economics until very recently. For that matter, there’s plenty proof that Henry Tudor was a considerate and generous husband to Elizabeth, he never took a mistress (unlike many kings of the era), he gave her expensive gifts and paid for her own charitable giving, and he supported her extended family. So while this was, of course, an arranged political marriage, their union wasn’t totally unwanted or unexpected. Sure, historians haven’t found a letter saying she was totally in LURVE with Henry, but neither have they found one saying he raped her on their wedding night (which admittedly was changed from the book to the TV show, but it’s still icky). Yeah, maybe Elizabeth did secretly despise Henry. But she didn’t show it, and she didn’t act on any such hate. Crazy extremes are great for fantasy stories, but real history has nuance. 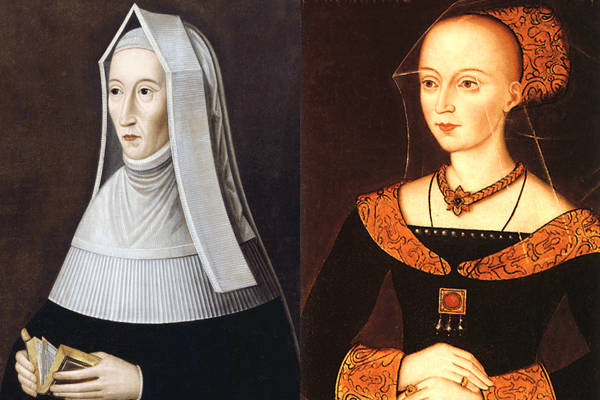 I know, I know, conflict makes more exciting TV. But Margaret Beaufort and Elizabeth Woodville (Elizabeth of York’s mom, see point #1) arranged their children’s marriage in the first place, so they had a vested interest in it turning out OK. Margaret wasn’t going to undermine what she built. Yes, she was a fairly independent woman for the era and enjoyed special privileges as “My Lady, the King’s Mother.” Historians describe her as a woman of “power, piety, and learning.” She is also noted for taking special care of Elizabeth’s sister, Cecily of York, after she married a commoner, which angered the king. Margaret even kept rooms for Cecily at Margaret’s palace of Collyweston. Not exactly the mega-bitch wearing weird shit on her head you’ve seen on the telly. Also, no witchcraft by Woodville, but did I really have to say that? I mean, should have to say any of this??? 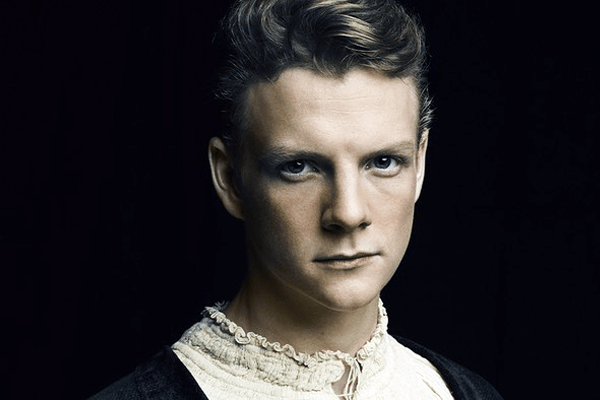 Remember, there are no spoilers in history. I don’t know if Starz has gotten to this yet in the series (let’s be honest, I’m not really watching that tripe), but it’s a key plot point in Gregory’s book. She has Elizabeth of York’s (I refuse to call her Lizzie, UGH) older brother Richard alive, having not died in the Tower of London. Sure, there were claimants, much like there were women claiming to be Anastasia, the daughter who supposedly survived the Romanovs’ execution by the Bolsheviks. But historians (I know, I keep using that word in a post discussing The White Princess, hilarious!) are pretty much in agreement that the princes didn’t live, and the contemporary records show that pretenders were not treated well. Elizabeth wasn’t pining for her dead brother to usurp her husband’s throne either.

Which historical inaccuracies bug the shit out of you about The White Princess? Lay into it!