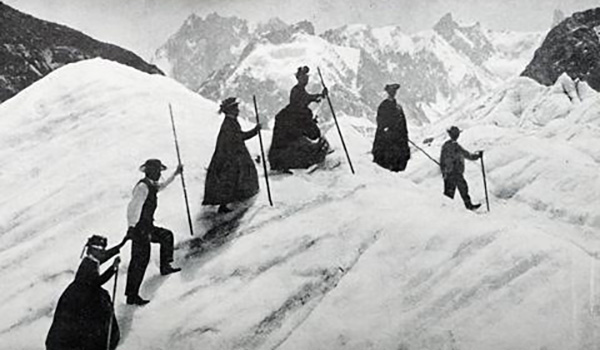 All of us here at Frock Flicks HQ love to travel, especially if it’s to explore historical sites, visit museums, and enjoy costumed events. This lockdown has been HARD with no trips on the horizon! We’re getting COVID vaccinations and watching national and international recommendations, but legit travels will probably have to wait until 2022.

But in ye olden times, a global pandemic wasn’t the only thing that made travel hazardous or complicated. Before jet planes or, hey, women’s suffrage, world travel was a super exclusive club. Which makes the few women who did journey far from their places of origin all that much more fascinating. So here are five female travelers whose stories I think would make fantastic fodder for film or TV. Hollywood, BBC, Netflix, et. al., take note! 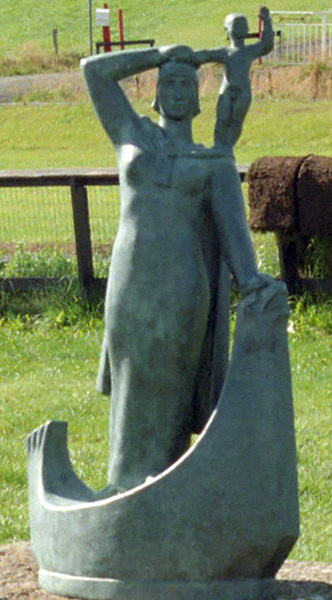 Known by the nickname of “víðförla” in Iceland which means “far-travelled,” this Norse woman joined first her father and then her husband in different explorations of North America (long before Christopher Columbus and other Europeans). Gudrid was the daughter of a chieftain and traveled with him from Iceland to Greenland on a treacherous voyage where they had to be rescued by Leif Eirikson. She later traveled to Newfoundland to help establish a settlement, and her son Snorri was the first recorded birth of a European on the North American continent. In addition, Gudrid had three marriages and a failed engagement, so there’s plenty of romantic drama to spice up a TV or movie story. When her last husband died, she made a pilgrimage to Rome, then returned to Iceland and lived her final days as a nun. 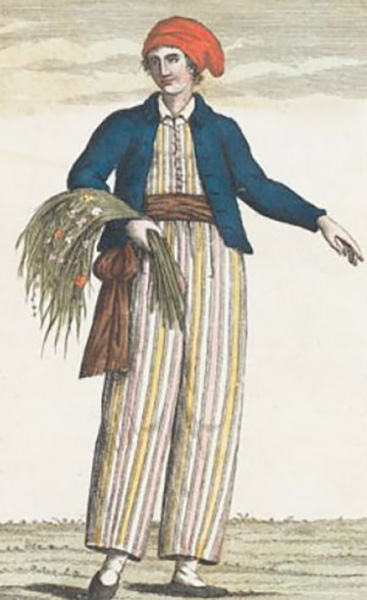 The first woman who completed a circumnavigation of the globe by ship, Jeanne Baret did so disguised as a man and worked as an assistant botanist on Louis Antoine de Bougainville’s colonial expedition of 1766–1769. She accompanied the ship’s naturalist, Philibert Commerçon, and while not married, the two had a child together in 1764. Commerçon was ill during the voyage, and Baret nursed him while collecting and cataloging plants on shore. The pair left the expedition on the island of Mauritius in the Indian Ocean, amid scandal on the ship when the crew learned Baret really was a woman. Baret and Commerçon lived on Mauritius until Commerçon’s death in 1773, although Baret was independently granted property in 1770. Jeanne later earned her own small fortune by running a tavern, then married a French officer and returned to France around 1775. A species of flowering shrub, Solanum baretiae, is named in her honor, but how about a frock flick? 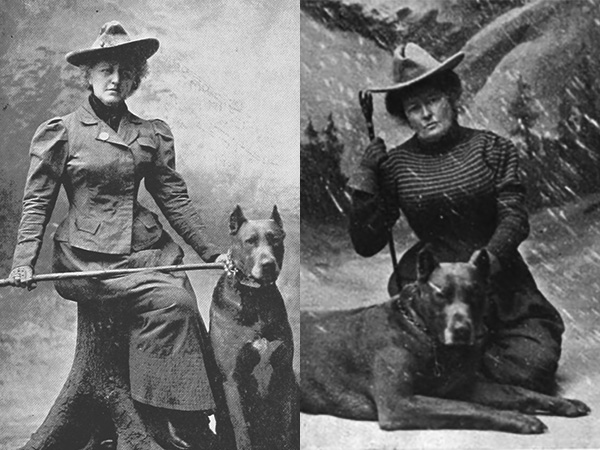 Edith was a grandniece of U.S. President Martin Van Buren, and Mary was a reporter for the New York World, who had already traveled extensively after her husband’s death. Together, the two friends took a steamer from San Francisco to the Yukon in the summer of 1898, packing along their Great Dane dogs and an early motion picture device called an animatoscope. They spent much of this trip camping around Dawson City on the Yukon River, where they explored miners’ claims and leaned local customs. Hitchcock climbed Skagway Pass (nearly 3,000 feet), and she even secured her own Free Miner’s Certificate. Upon returning, Hitchcock wrote the book, Two Women in the Klondike: The Story of a Journey to the Gold-fields of Alaska. While Edith went on to marry and then divorce a man claiming to be a French count, Mary returned to the Yukon where she spent 5 years and staked over 100 mining claims. Sounds exciting enough for film to me! 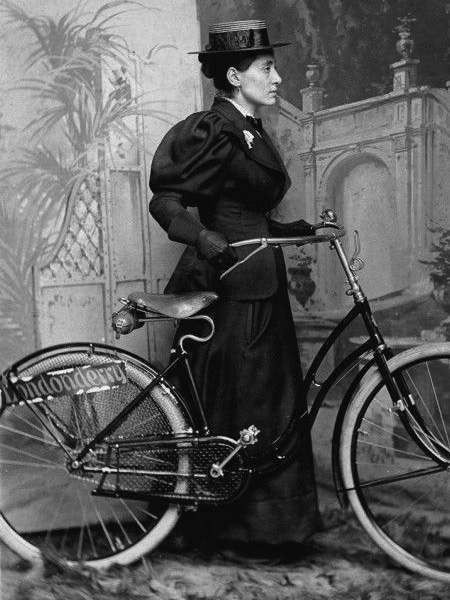 Forget the fictional Phileas Fogg and his around the world in 80 days — Annie Cohen Kopchovsky was the first woman to bicycle around the world! This Jewish Latvian immigrant to America took on the challenge to promote Columbia bicycles and used the name “Londonderry” because New Hampshire’s Londonderry Lithia Spring Water Company helped sponsor the trip. She added more sponsors as the trip went on, attaching signs and ribbons to her bike, much like modern race cars are covered with brand logos. Her voyage started on June 27, 1894, in Boston, Massachusetts, and she rode to New York where she boarded an ocean liner for France. She traveled overland through Egypt, Israel, and Yemen, and then crossed to Sri Lanka, Singapore, Vietnam, China, and Japan. Annie sailed to San Francisco and road through California, Arizona, and New Mexico, occasionally taking a train trip where the roads gave out. On September 12, 1895, Annie arrived at her goal of Chicago, 14 days ahead of schedule, and earning a $10,000 prize. While she lectured and wrote about her trip for some years afterwards, she died in obscurity, which feels wrong when this could be such a dramatic TV or film story! 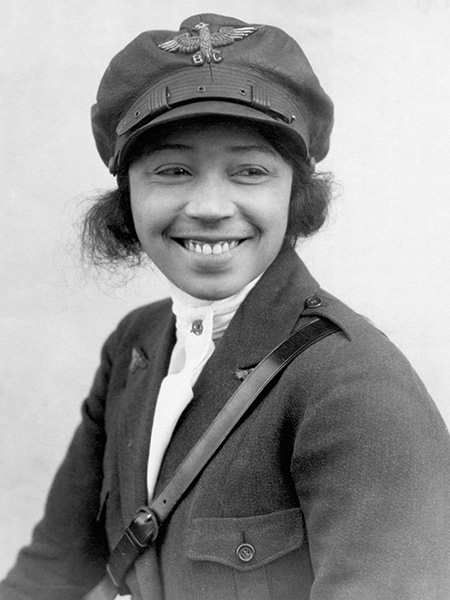 Born to a family of sharecroppers in segregated Texas, Bessie Coleman made an amazing impact in the world of aviation. She was the first Black person to earn an international pilot’s license, the first Native-American to hold a pilot’s license, and the first African-American woman to hold a pilot’s license. Bessie was inspired by stories of World War I pilots and worked two jobs in Chicago, hoping that she could study abroad, since neither women nor Blacks were allowed to become pilots in the U.S. at the time. A newspaper and bank in the Chicago African-American community raised money to help Coleman. She traveled to France, and on June 15, 1921, Coleman gained her license from the Fédération Aéronautique Internationale. Back in America, in September 3, 1922, Bessie made her debut as a “barnstorming” stunt flier at an airshow honoring veterans of the all-black 369th Infantry Regiment of World War I. Flying daredevil tricks was her best way to earn a living as a pilot, but Coleman also took opportunities to lecture about aviation and goals for African Americans. Coleman hoped to start her own school for Black aviators. Unfortunately, she died at age 34 when her poorly maintained plane crashed. While there have been several documentaries about Bessie Coleman and IMDB shows at least 4 projects announced, it’s certainly time to get a decent frock flick off the ground!

Would you watch a frock flick about these women? Who else would you nominate for a biopic?