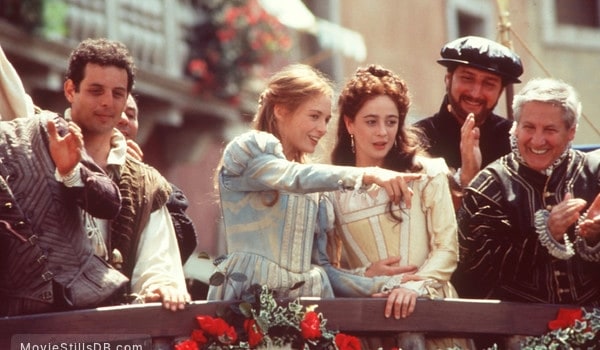 Often, we snark the extras in historical costume movies and TV shows because they’re obviously wearing rental costumes that don’t fit and look randomly modern. But here and there, frock flicks turn up where the principle characters have weaksauce costumes, and it’s the extras who are wearing the historically accurate outfits.

The dancers at the ball who all manage to be in early 1790s while the rest of the cast waffles between 1770 and 1820 and WTFrock. This one in particular.

I always have to preface any snarky mention of Becoming Jane with the fact that I actually adore this film. It’s one of my “comfort food” flicks, something I go to when I need both a good cry and an uplifting story about sisters doing it for themselves. But the costumes for the principle cast never quite gelled, wandering all over the damn place in terms of decade, meanwhile some of the background actors had the 1790s look down pat.

The secondary characters vs. the whooores

OK, pretty much all of Dangerous Beauty‘s costumes can be summed up in two categories:

The first category is 100% Not Historical At All. Like, if you thumbed through Vecellio while drunk and then started cutting away random parts of the costume until you had some funky hangover-inspired pseudo-Venetian dresses. It is pretty, I’ll give you that.

The second category, however, is definitely based on some understanding of the 16th-century Italian silhouette, but these gowns start to look virtually historically accurate when compared to the stuff the courtesans are all wearing. Ok, so she’d have had a ruff… But close enough.

The ladies in waiting vs. Queen Juana the Mad

The only appropriately-dressed-for-the-1490s characters in the entire film were these three ladies in waiting. I was also pinching myself to see if I was really seeing this.

Is this movie EVER going to come out? Has it been released and then quietly dragged off into a back alley and shot or something? I mean, I’ve been waiting for over a goddamn year for this dreck to hit the theatres and it’s total radio silence. Maybe they’re on to me. Maybe they know I just want to watch it to snark the Contractually Obligated Leather Pants, even if My Boyfriend Adrien Brody is wearing them. Especially since My Boyfriend Adrien Brody is wearing them.

Anyway, the background cast in this film looks like it was made up of reenactors. The costumes are really beautiful, just from what I can see in the handful of photos floating around out there. Edit: Apparently, the reason Emperor hasn’t been released is because the producer was arrested for fraud. I guess that’s as good an excuse as any…

Elizabeth Boleyn’s outfit vs. the crazy-ass shit everyone else was wearing The 1% of good costumes.

I remember when Kendra, Trystan, and I saw this in the theatre before we podcasted about it, and I remember thinking “WOAH. AN ACTUAL GABLE HOOD THAT DOESN’T LOOK RIDICULOUSLY HUGE.” Mama Boleyn was bringing the Tudor realness here. What historical costume movies and TV shows can you think of have better costumes on the extras?