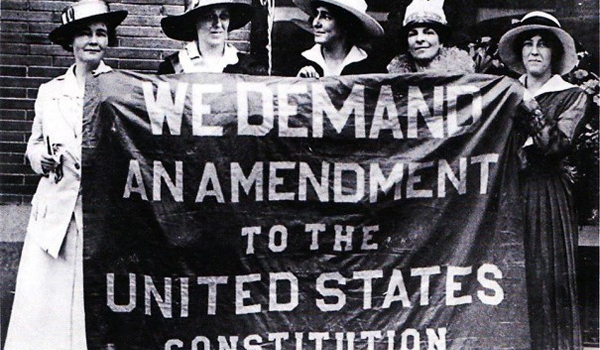 The 19th Amendment to the United States Constitution was ratified on August 18, 1920, and was officially adopted on August 26, 1920. Let’s split the difference calendar-wise and look at a few of the women who helped ensure that the right to vote could not be denied or abridged on account of sex. Now, in previous Forgotten History posts, we’ve written about Ida Bell Wells-Barnett, Jovita Idár, Victoria Woodhull, and Elizabeth Cady Stanton. And in our guide to suffragettes on film, we noted a lot of fictional and real examples, though most are British. So we’re painting a more complete picture here. 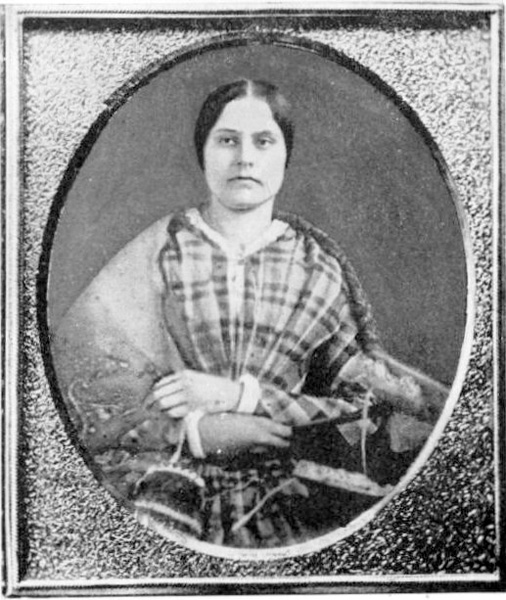 Susan B. Anthony, 1848, via Project Gutenberg

Duh! I can’t believe she’s practically invisible on TV and film! We’ve got some PBS documentaries, but no big-budget Hollywood biopic or HBO miniseries, ever. Not even some shitty polyester-clad 1970s made-for-TV version. WTFrock, patriarchy?!?  Anthony started as an abolitionist at age 16 and soon expanded her activism. Together with Elizabeth Cady Stanton, Susan B. Anthony flew the flag of women’s rights and women’s suffrage for longer than anyone in America, and she didn’t live to see us get the vote. But she was the first woman to get arrested for trying to vote in 1872. And she knew the struggle to achieve the vote could be forgotten, saying in 1894:

“We shall someday be heeded, and when we shall have our amendment to the Constitution of the United States, everybody will think it was always so, just exactly as many young people think that all the privileges, all the freedom, all the enjoyments which woman now possesses always were hers. They have no idea of how every single inch of ground that she stands upon today has been gained by the hard work of some little handful of women of the past.”

Her story is long and complicated and begs to be told onscreen. 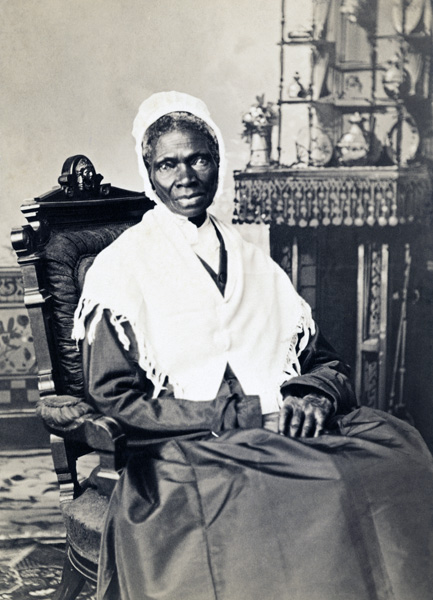 While it’s amazing that she’s the first African American to have a statue in the U.S. Capitol building and the NASA Mars Pathfinder mission’s robotic rover was named after her, Sojourner Truth still needs some frock flick representation (yeah yeah, it took forever for Harriet Tubman to get a full movie, c’mon Hollywood, get your act together!). She has one hell of a life story — born into slavery, Sojourner escaped as a young woman, taking her baby daughter with her. She had to leave her sons but was able to sue for one her children’s freedom. In 1843, she became a Methodist and began traveling and preaching as an abolitionist and for women’s rights. At the Ohio Women’s Rights Convention in 1851, she gave the extemporaneous speech later called “Ain’t I a Woman?,” for which she’d become famous, beginning:

“I am a woman’s rights. I have as much muscle as any man, and can do as much work as any man. I have plowed and reaped and husked and chopped and mowed, and can any man do more than that? I have heard much about the sexes being equal. I can carry as much as any man, and can eat as much too, if I can get it. I am as strong as any man that is now.”

I want to watch a movie about this strong woman’s life, dammit. 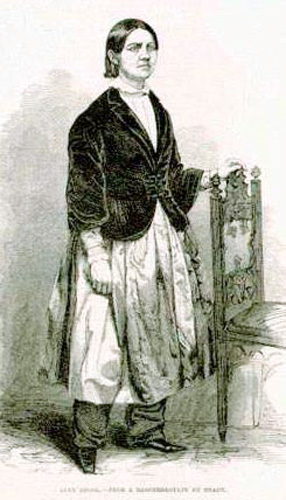 Engraving from Illustrated News, 1853, of Lucy Stone in bloomers, via Wikimedia Commons

Working along with Anthony and Stanton, Lucy Stone was instrumental in the early suffrage movement. Having worked as teacher, Stone was dismayed to be paid lower than her male equals. As a student teacher at Oberlin College, she lead a successful equal pay strike. In the 1850s, she made a career by speaking on women’s rights issues, and she popularized the “Turkish trousers” or “bloomer” outfit. For several years, she resisted a marriage proposal because she didn’t want to give up her independence and enter into the constricted non-entity legal position of a married woman of the period. She only agreed to marry Henry Blackwell after they came to a joint partnership agreement, and she did not take his last name. Lucy Stone was ahead of her time and would make a great subject for a costume drama — look, the costume part is already set! 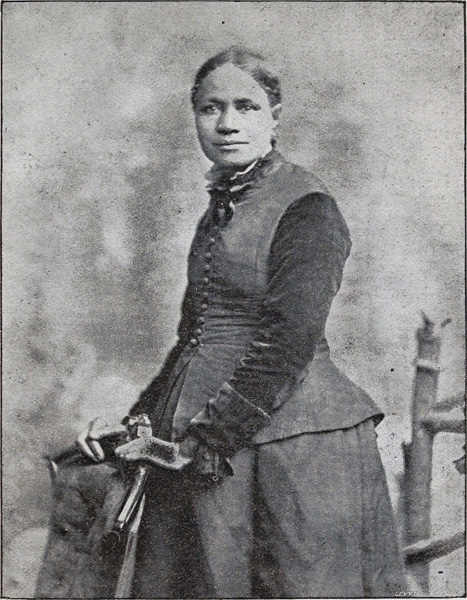 Frances Harper was born in Maryland and worked as a seamstress, teacher, and writer. She’s the first Black woman in America to publish a short story, “The Two Offers” in 1859, and she later published several books of poetry and novels. Harper stood up for her rights and refused to sit in the “colored” section of a streetcar (100 years before Rosa Parks). But her support of woman’s suffrage is even more remarkable because Harper took the white suffragist leaders to task — like Anthony and Stanton — for not strongly advocating for the Black women’s vote. In a 1866 speech, she said:

“We are all bound up together in one great bundle of humanity, and society cannot trample on the weakest and feeblest of its members without receiving the curse in its own soul. You tried that in the case of the Negro … You white women speak here of rights. I speak of wrongs. I, as a colored woman, have had in this country an education which has made me feel as if I were in the situation of Ishmael, my hand against every man, and every man’s hand against me … While there exists this brutal element in society which tramples upon the feeble and treads down the weak, I tell you that if there is any class of people who need to be lifted out of their airy nothings and selfishness, it is the white women of America.”

Words that echo down to this day. Give this woman a feature film, stat. 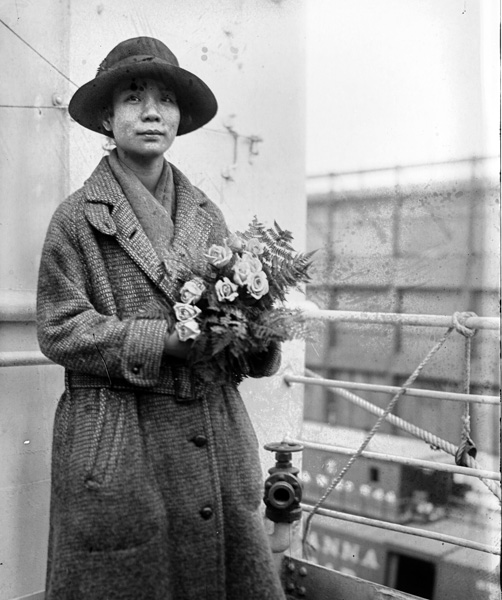 Born in Guangzhou, China, Mabel Lee immigrated to New York City where her father was a missionary and prominent in the small Chinese community. She excelled at school and was headed for Barnard College. But first, this 16-year-old had already gotten involved in the women’s suffrage movement and in 1912, Mabel Lee rode a white horse down Fifth Avenue to lead a parade of 10,000 women marching for suffrage! Then she went off to college, earning a master’s degree of educational administration and later a Ph.D. in economics from Columbia University. She wrote articles promoting women’s rights for America and China and especially education for girls and women. However, even though the 19th Amendment gave women the vote in 1920, Mabel Lee was not able to vote until after the repeal of the Chinese Exclusion Act in 1943, since that had not allowed Chinese immigrants to become citizens. Her work continued to the end of her life by running her father’s church and opening a center that included a health clinic, a kindergarten, vocational training, and English classes for the Chinese community in New York. Sounds worthy of a biopic to me.

What other sisters in suffrage deserve the frock flick treatment?