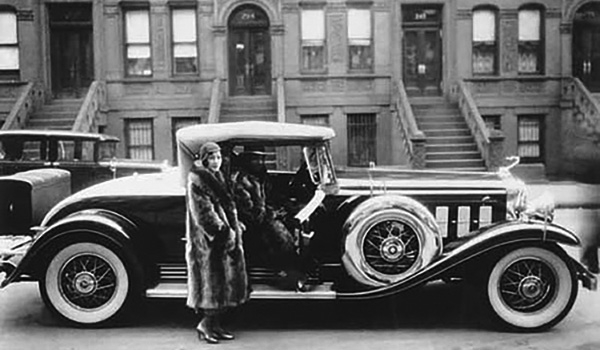 There seem to be 8 billion frock flicks set in World War II, another ton about Henry VIII and / or his wives, plenty of English Regency romances, and scads of intrigues at the 18th-century French court. I’m not saying I don’t love all of these (OK, I am over WWII as a setting), but I would love to see some historical costume movies and TV shows set in and / or focusing on different historical moments and events. Here are five moments in history that I think are fascinating fodder for frock flicks!

Inigo Jones was primarily an architect, but he’s also credited as perhaps the first to incorporate scenery (especially moving scenery) into theater. Jones collaborated with playwright Ben Jonson for over a decade on performances, and many of their works were “masques,” a type of performance that combined pageantry, singing, and dancing, with a theatrical performance that was often allegorical in theme. Key to masques were elaborate stage designs and costumes, both of which Jones designed. Masques were performed at the English court from at least Henry VIII’s time through the Restoration court of Charles II, and royalty and courtiers tended to be main players, although professional singers, dancers, and actors also performed. These could range from small entertainments to huge, elaborate events!

A number of historical movies and TV shows have hinted at these masques but insufficiently IMO. You get trash bags and floating ruff or just masks, but none of the stage set, for example. 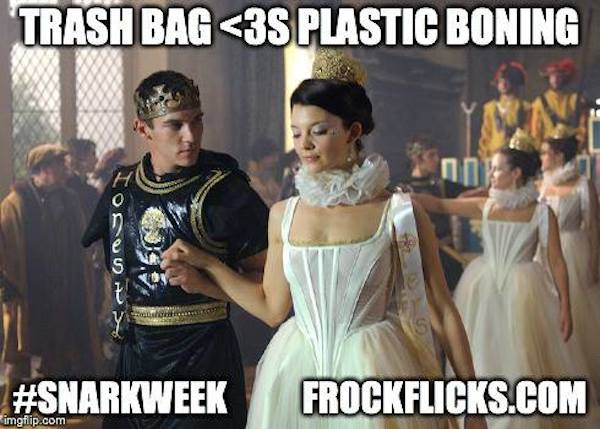 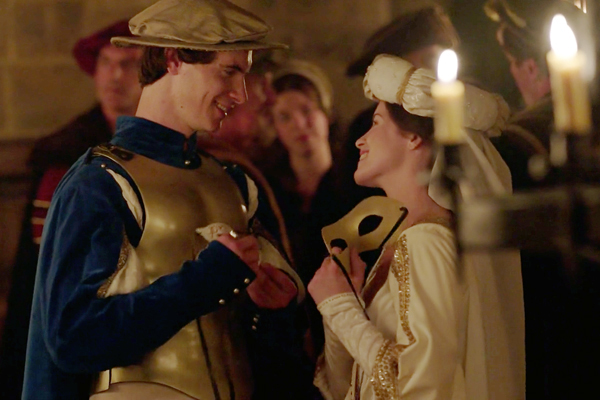 Masques were a big part of English court life, and this setting could be a fabulous — and visually stunning! — place to set a story. There’s the court, of course, but also all the folks who make the event happen. Whether the story used real people like Inigo Jones and Ben Jonson as the stage designer and playwright or invented characters, they and their staff / associates / friends / lovers / enemies would be ripe for plotting something. You’ve got opportunities for characters of various classes, then add extra costumes and masks, and it could get rather juicy. C’mon, somebody, this stuff almost writes itself and the costume design is ready and waiting! 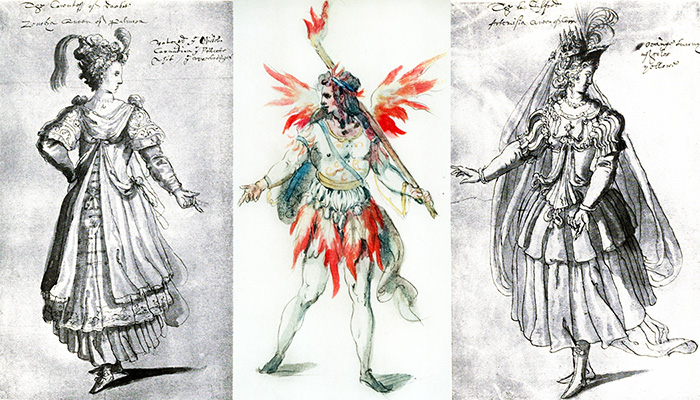 The first event of its kind, this gathering was organized mostly by female Quakers and abolitionists and would kick off annual conventions. Lucretia Coffin Mott, Martha Coffin Wright, Mary Ann M’Clintock, Jane Hunt, and Elizabeth Cady Stanton were key planners of the event, and several of them gave fiery speeches. The convention argued about and eventually ratified a Declaration of Sentiments that listed 16 grievances against men and male governance and called for full enfranchisement of women. Abolitionist and orator Frederick Douglass spoke in favor this declaration and was one of over 30 men to join in signing it. 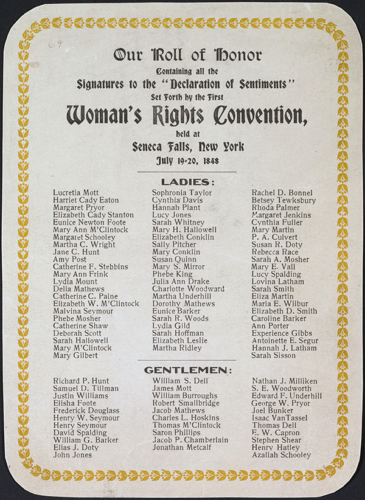 If the signing of the Declaration of Independence can be turned into a musical like 1776 — and even better, Cabinet discussions in the early U.S. government can become rap battles in Hamilton — why couldn’t the start of the women’s suffrage movement be the setting for some high frock flick drama? I’m not requiring a song, but I’ve always been partial to this one:

This was the red-light district somewhat ironically named after Sidney Story, the city alderman who wrote legislation that controlled prostitution in the city. One of the most famous brothels in Storyville was Mahogany Hall, an ‘Octoroon Parlour’ run by Lulu White. She had a sumptuous house filled with chandeliers, mirrors, marble, and ferns. White called herself the “Diamond Queen of the Demi-Monde,” and Louis Armstrong’s song “Mahogany Hall Stomp” was about her fabulous brothel. 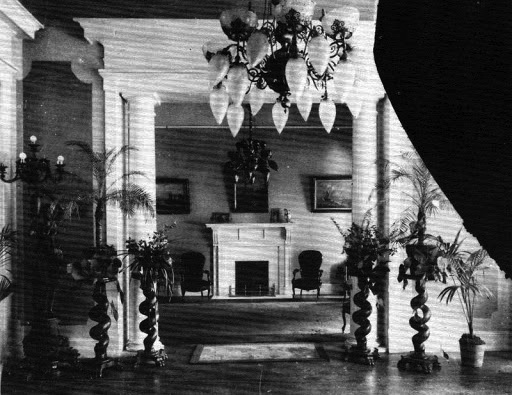 Yeah, it’s another story about prostitutes, but Harlots showed that can this be done from the women’s point of view. So call it the Black American Early-20th-Century Harlots and set some good writers and actors on it! This setting has dramatic highs and lows, glittering settings, jazz music, a diverse cast by default, and obviously lots of sex — it’s a winner, baby!

I’ve always enjoyed this work, and I heard ages ago that it was so radical for its time that people rioted when the ballet first premiered. Well, the contemporary reports are unclear — maybe the audience threw things and shouted? maybe they just walked out? — but the performance did shock people because of the music’s dissonance and the ballet’s originality. This was super modern stuff that nobody seemed to expect! 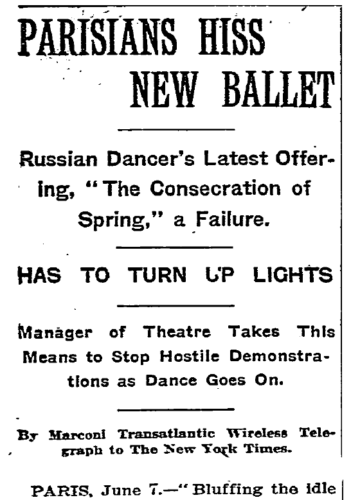 OK, so I found one TV movie by the BBC from 2005 called Riot at the Rite that seems decent with the BBC Symphony Orchestra and Finnish National Ballet in the background of a fictionalized story about composer Igor Stravinsky, ballet impresario Sergei Diaghilev, and choreographer Vaslav Nijinsky.  But I can’t find this flick anywhere for streaming, nor can I find other dramatizations of this event. And did that one get into the audience’s head about why they “rioted”? This event is due another frock flick, please.

Think of all the frock flicks set in the U.S. from the end of World War I to the mid-1930s in the U.S. — every version of The Great Gatsby, Singing in the Rain, Some Like It Hot, Chicago, Boardwalk Empire — and notice how they’re all pretty white (and add that to the non-American ones like Downton Abbey, Miss Fisher’s Murder Mysteries, all the Agatha Christie stuff, etc.). But the creation and elevation of a new Black identity through arts, music, literature, fashion, and discourse which centered on Harlem, NY, during this time deserves costume drama exploration too. 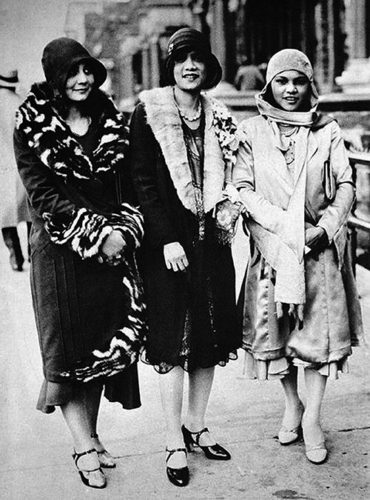 There have been some films about this movement, obliquely at least. Biopics of musicians like Bessie Smith, Ma Rainey, Josephine Baker, and Billie Holiday all skirt the edges of the Harlem Renaissance, but because of how typical biopics work, they don’t tend show the principle character as part of a community. The Cotton Club (1984), while lushly produced, is really about Richard Gere’s character, while Gregory Hines is his sidekick, along with only a few other minor Black characters. I have Idlewild (2006) on my to-watch list — it looks like a Black 1930s take on the Moulin Rouge concept starring the members of Outkast and with a hip-hop soundtrack by them. I’m also considering Hoodlum (1997), which is a ’30s gangster movie with Laurence Fishburne and Tim Roth. But there’s room for so much more! How about Langston Hughes and Zora Neale Hurston’s friendship? What about the nebulous acceptance of LGBTQ lives in the Harlem Renaissance, such as lesbian, cross-dressing performer Gladys Bentley? Gimmie more! 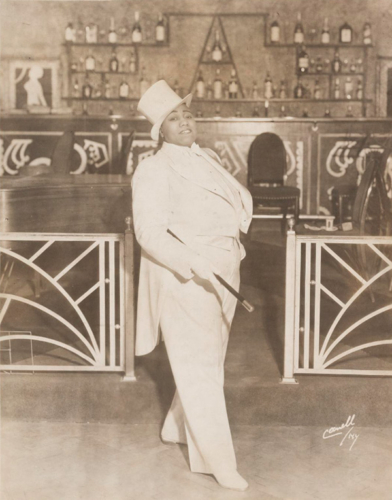 Do you want to see frock flicks set during these moments in time? What other historical events deserve films & TV shows?