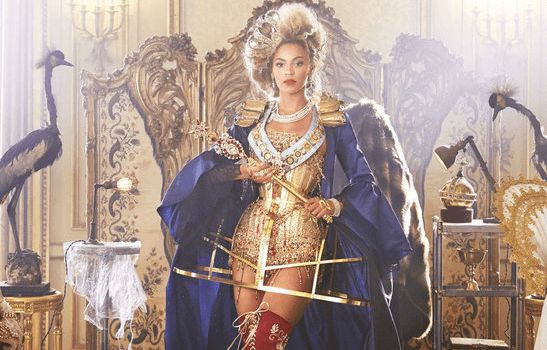 Now for a musical interlude… 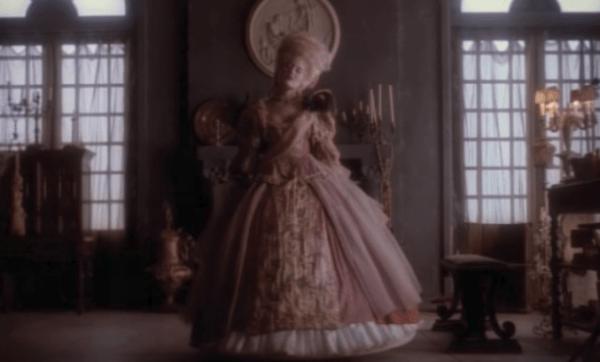 You’re going to have to click here to watch a non-shitty upload of the video. If you were conscious during the late-’90s, this song has probably become part of your DNA by now, since it was played everywhere, all the time, and was even the theme song for Dawson’s Creek. But what you may not know, is that the official video for “I Don’t Want to Wait” features some fabulous historical costuming from across the ages. Watch it with the sound off, if you’re like me and you never need to hear the song again in your life, but definitely watch it for the costumes.

“Bow Down/I Been On” – Beyoncé

Honestly, we could do an entire Top Five Beyoncé Music Videos for Historical Costume Nerds, but “Bow Down/I Been On” is by far my favorite. It features costumes designed by Swedish costume designer B. Åkerlund and is directed by her husband, Jonas Åkerlund. You can watch a nice little behind the scenes video about the making of the video here.

I’m copping to a serious bit of nostalgia here. Back in the heyday of MTV, when pop stars had insane budgets for videos that could last upwards of 10 minutes … Man, those were some good times.

I recently ran across this cute little video from Ingrid Michaelson. The costuming isn’t the greatest, but it’s fun and I enjoyed it.

Yeah, you are all probably familiar with every parody of “Baby Got Back” that plays on bustle fashion, but this video IMHO is a way better tribute to the 1880s.

And now for a shameless plug…

So what do you do when you have 10 costumers drunk on champagne, a fabulous French chateau at their disposal, and professional video equipment? You make goddamn sure you spend a day filming an homage to Sophia Coppola’s Marie Antoinette. Trystan’s hubby and professional videographer, Thomas, was really the rock star of the entire production. If it weren’t for his hard work, direction, and infinite patience, we wouldn’t have the masterpiece it turned out to be.