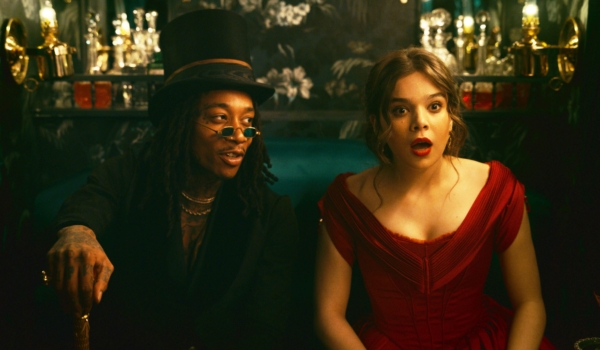 Now that our American fall holiday has passed, it is time to put out the festive decorations for the next big winter holiday. And what is more festive than a giant red dress?

I would be remiss if I did not include THE red dress to end ALL red dresses. 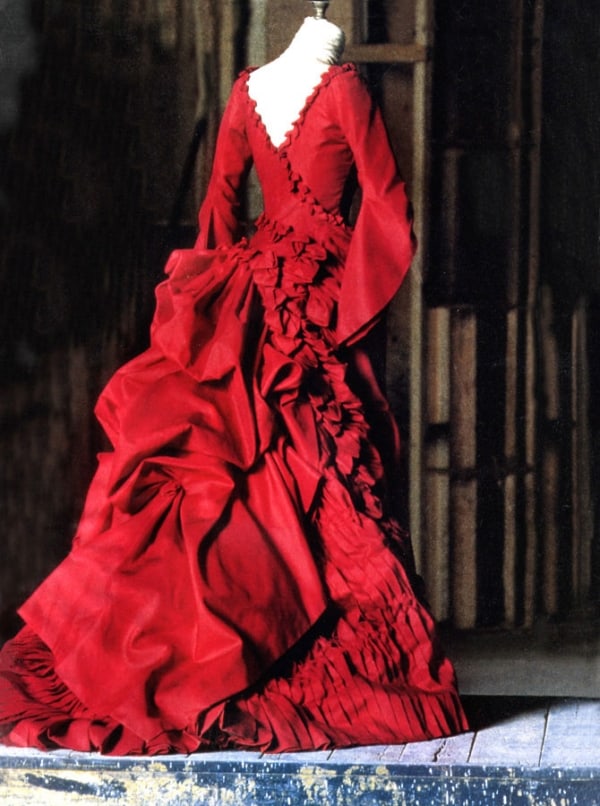 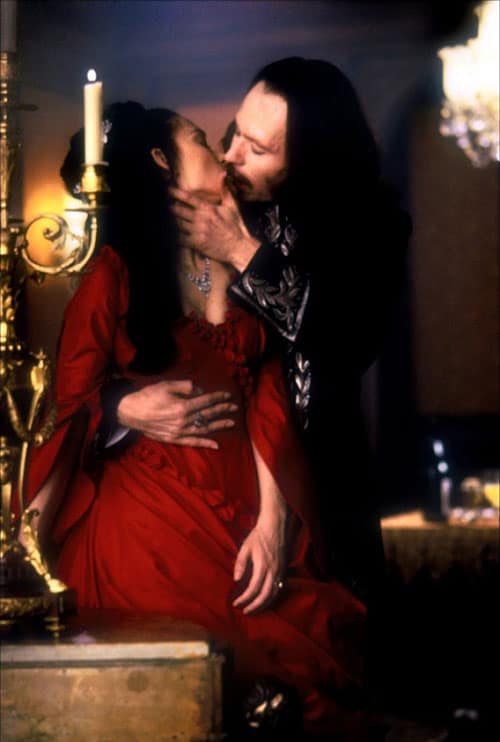 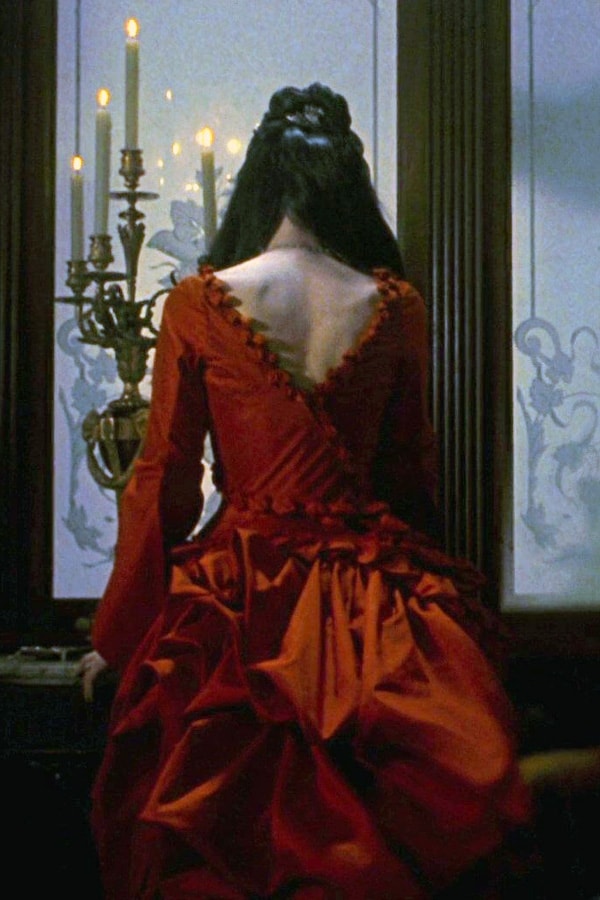 Fun fact, I really didn’t care for Moulin Rouge, but I did think the costumes were fantastic. The whole palette of the film is a riot of bold blues and bright reds, encapsulated by Satine’s incredible red satin gown. It’s 1890s evening wear which can come off as looking a lot more modern than something from over 100 years ago, which is likely why the same look was super popular in prom and formal wear in the early-2000s. 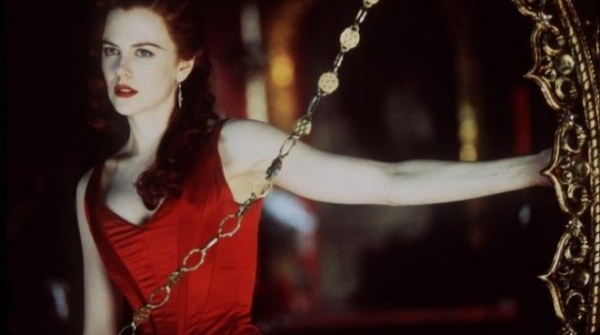 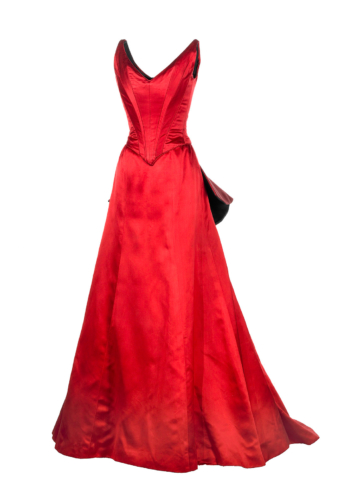 The original gown, which you can get a full-360 degree view of here. Photo: National Film and Sound Archive of Australia. 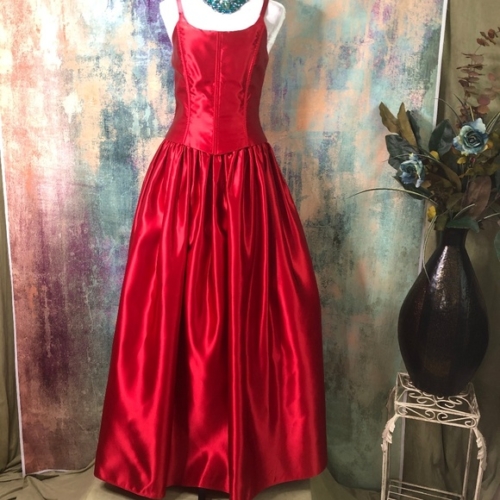 An authentic Jessica McClintock prom dress from the early-2000s, which you can purchase here.

Mercy Hartigan’s Red Dress in Doctor Who: The Next Doctor (2008)

Never have I ever gone from “Oh, hey a new Doctor Who episode just dropped” to “I WANT THAT RED DRESS OMGWTFGIVEITTOME” faster than when I first watched the Doctor Who Christmas Special, “The Next Doctor.” Yes, she’s bad. VERY bad. But goddamn, she looks SO GOOD. I even have a bazillion yards of heavy crimson red silk satin set aside for this eventual bucket item dress. Maybe someday I will get around to it… 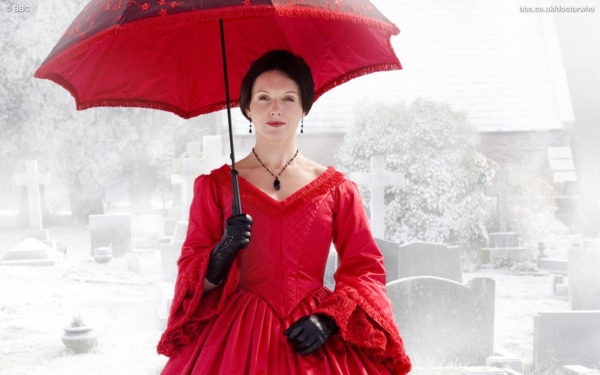 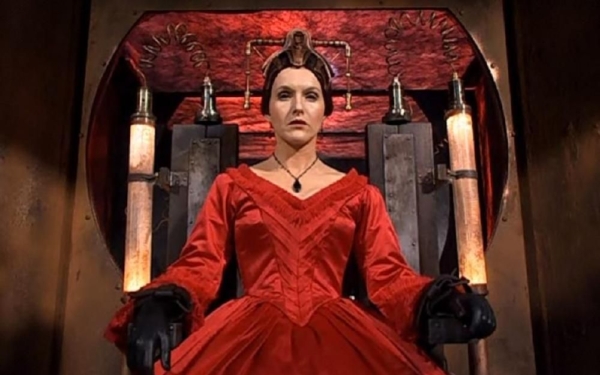 This thing is AMAZING and I want it, despite not really caring for this era of costume in general. 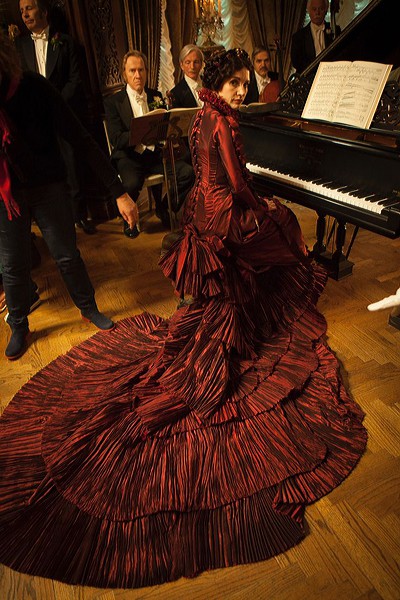 I can’t get enough of Hailee Steinfeld (which is good, because she’s about to be EVERYWHERE as Kate Bishop in the latest Marvel Cinematic Universe offering, Hawkeye, and you know how I love me some MCU), starting with her turn as Mattie Ross in the 2010 remake of True Grit. And yet, somehow I managed not to watch Dickinson, which is a shame because the costumes don’t look half bad. And, well, Hailee Steinfeld, who I would watch act her way out of a paper bag, thank you very much. 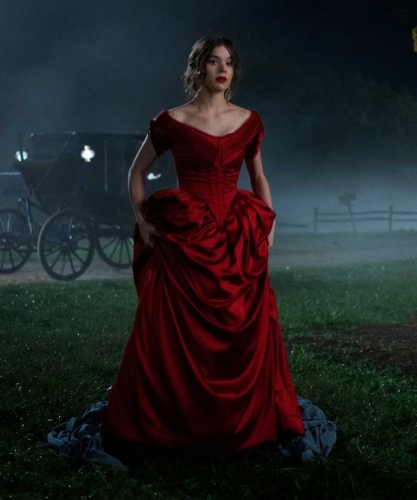 Trystan said this was a, and I quote, “red poly satin prom vampire wanna-be thing,” but this is also from the woman who liked Reign. Soooo. I think it looks pretty damn good, poly satin or not. I think I’m going to have to fast-track Dickinson in my watch list to do a full review on the costumes, now.

One of my favorite examples of an under kirtle on film is Mary’s execution dress in Elizabeth R. While it’s not exactly festive, it sure is striking! 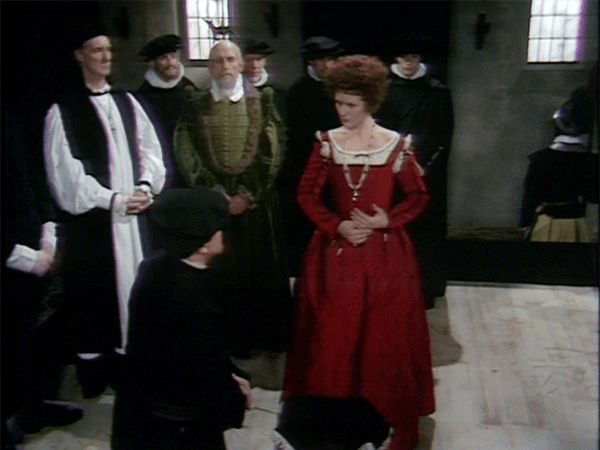 Do you have a favorite historical red dress in film or TV? Share it with us in the comments!