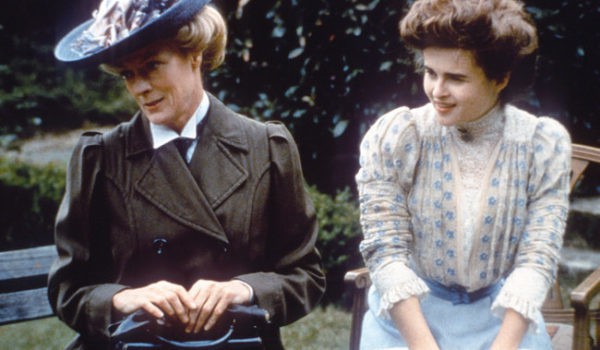 I just love the word “spinster.” It conjures up aging aunts, many MANY cats, and teapots on doilies. But, you know, single ladies have always been fabulous, whether they embrace a “poor me” take on things or rock out with their independence. So let’s celebrate some of my favorite never-married women from historical costume movies!

If you liked it then you shoulda put a ring on it. I wasn’t too sure about her in early episodes, but by the end of season one, Aunt Agatha — great aunt to Francis, Verity, and Ross Poldark — was winning with her cutting remarks.

I don’t think we can talk spinsters without including Miss Havisham from Charles Dickens’ novel! Famously left at the altar, she still wears her 30ish-years-old wedding dress, and schools her adopted daughter Estella to hate all men. Sybella Melven in My Brilliant Career

Here’s someone who wrestles with the CHOICE of being a spinster, to glorious effect. Sybella wants to write novels, and given that she lives in turn-of-the-century Australia, getting married to the man she loves would mean trading away a life focused on writing.

Charlotte in A Room With a View

Cousin and chaperone to protagonist Lucy, at first older Charlotte seems like a wet blanket. But as she befriends a “lady novelist” and the story unfolds, Charlotte turns out to actually be a good egg! Elizabeth I in Everything

Another — this time, based-on-a-real-person — character who chooses spinster-dom. Getting married would have meant that Queen Elizabeth I of England would have been subordinate to her husband. She used her single-dom to her effect, flirting with the idea of marrying various people for love and for politics, and this tension-filled dance is frequently the focus of movie and TV adaptations. Marot Robbie in the forthcoming Mary Queen of Scots movie Which historical movie and TV spinsters have I missed?