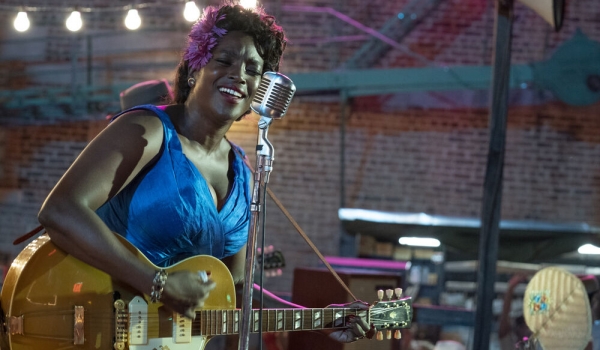 Now that Lovecraft Country (2020) has wrapped up its first season, and we’ve had a glance at several of the iconic fashion looks in the show, I wanted to drill down a little deeper and focus on one character in particular: Ruby Baptiste (Wunmi Mosaku), the older sister to Leti. The sisters are often juxtaposed against one another, with Ruby appearing downright matronly at times, in comparison to Leti’s fashionista. As the series wears on, however, Ruby begins a transformation of her own that takes her from the role of constantly having to play the sensible older sister forever tethered to her free spirited little sister, to someone with an independent life of her own.

So, let’s look at some of the more iconic looks that Ruby gets, because there’s some seriously fabulous outfits that you might otherwise have overlooked with all the blood and demonic stuff going on: 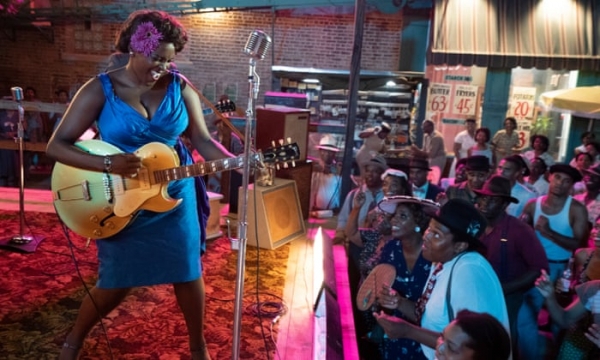 Right off the bat, the first scene we see Ruby in, she’s on stage, fronting a band and rocking a crowd. The cornflower blue taffeta wiggle dress caught my eye immediately, mainly because it’s such a vibrant hue when set against the red stage lights. I adore this particularly shade of blue in general, and a figure-hugging wiggle dress will always get my thumbs up. 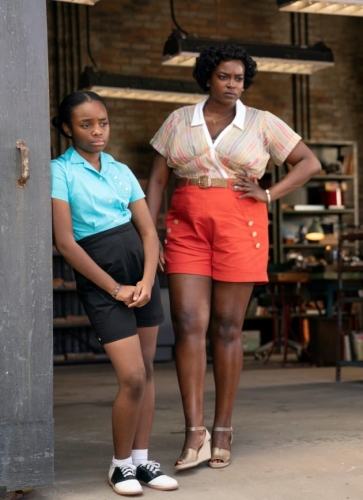 I sat up and uttered a breathless “wow” when I first saw this outfit. Ruby is a bigger woman, and for most of the series, when she isn’t performing in a nightclub, we usually see her in those matronly shirtwaist dresses that kind of smother her figure in respectability. This outfit is the first time we see Ruby rocking a look that would be a no-brainer for her sister, but is both bold and flattering on her. 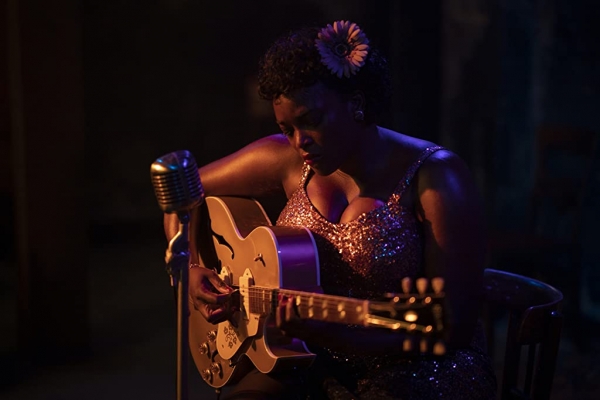 Another one of Ruby’s nightclub act outfits. It’s a pink sequined wiggle dress with a side slit skirt. The outfit isn’t shown in great detail on the show, unfortunately, but what you can see of it is beautiful and looks stunning under the show lighting. 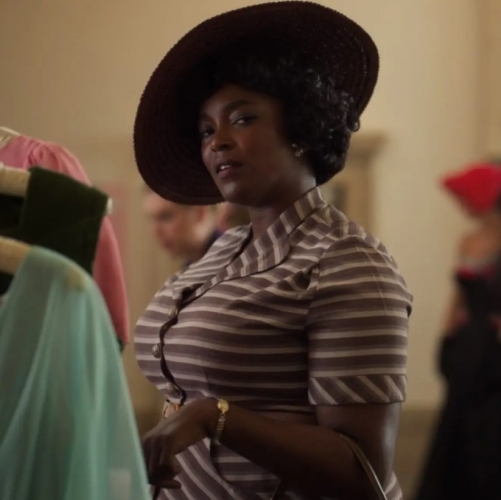 Throughout the series we are confronted with Ruby’s ambition running headfirst into the fact that she is both Black and a woman, two strikes against her in 1950s society. She applies for a job at Marshall Fields department store which has recently opened up a single position for a colored sales girl. It’s a job that she is overqualified for, but it ultimately goes to a less qualified woman (who is noticeably thinner, as well, so the implication is that Ruby’s size is also a disqualifying factor in her employability). Ruby eventually gets her revenge, but her fashion sense is clear in this scene where she encounters the girl who got the position. 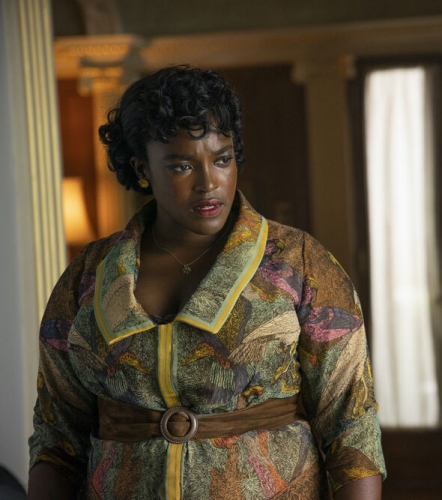 This dress was really iconic in the 8th episode, “Jig-a-bobo,” but I’ve been unable to get good screencaps of it myself and there’s hardly any full-length images out there of the entire dress (including a subtle upside-down cross on the back of the skirt, which I am convinced was intentional). The printed lightweight fabric is covered in a montage of bird images, most noticeably white cranes, and accentuated by yellow vertical stripes in the front and back. It’s a very organic look, yet less constrained than Ruby’s usual penchant for prim florals or body-hugging frocks in bold colors.

What are your favorite outfits worn by Ruby in Lovecraft Country? Share them in the comments!