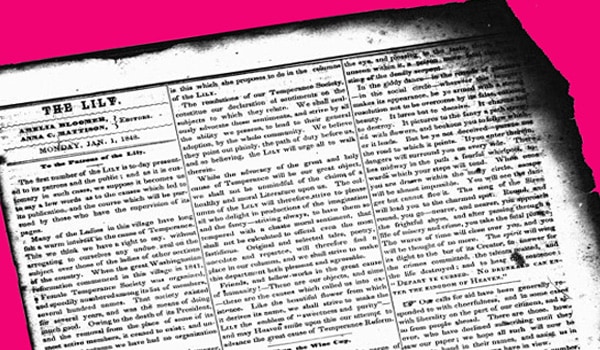 Our occasional series about history’s most interesting people who have been overlooked by Hollywood. See also our articles about scientists, queer people, writers, artists, Renaissance women, Medieval women, 18th-century people, and pirate women who need movies made about them. We’ve also also nominated Rose Bertin and several of Henry VIII’s wives for specific screen treatment.

Nellie Bly has gotten at least two very bad frock flicks made about her, which means she’s really at the top of this list. But I’m going to dig deeper into the history of women news writers (yes, women, because male journalists have been covered, real and fictional). Here are just a few fascinating people who would make great subjects for films. Hello, PBS, BBC, Netflix, Amazon, Hulu, anyone, are you listening? 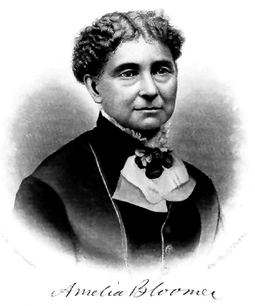 Today, she’s just known for baggy pants, but following the Seneca Falls Convention for women’s rights, Amelia Bloomer started up the first newspaper by and for women called The Lily. She published it biweekly from 1849 to 1853, although she’d been writing for the Seneca Falls County Courier before that. The Lily gained a circulation of 4,000 featuring Amelia’s mix of temperance, suffrage, recipes, and yes, fashion. She wasn’t the first to suggest those baggy pants, but she did promote them in The Lily, and that’s when the name stuck. How about a “behind the bloomers” two-hour drama? 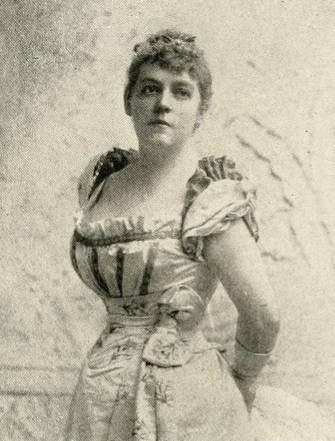 Ayer’s story is so juicy, it’s practically made for a TV movie (but please, not Lifetime!). Born into wealth, married into more wealth, her husband lost it all, and Harriet had to set to work. In 1886, she created Recamier Toilet Preparations to sell face creams and soaps, which was hugely successful. But her alcoholic husband and her daughter’s finishing school teacher stirred up scandals around Harriet, dragging her into lawsuits. Her business partner also colluded against her. They managed to drug her and have Harriet institutionalized for over a year. When she was finally released, she lectured about the terrible conditions in asylums and began her journalism career. In 1896, she began writing and editing the new women’s section of the New York World paper, and by the time she died, she was the highest paid female journalist in the U.S. 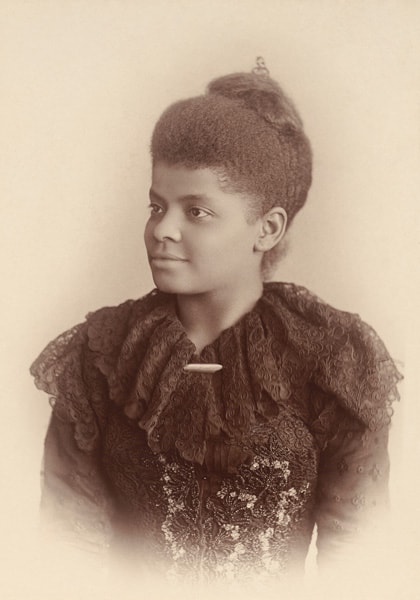 Born into slavery during the Civil War, Ida B. Wells became an outspoken chronicler of white supremacy during Reconstruction. After Emancipation, she attended Rust College in Holly Springs, Mississippi, and worked as a teacher. She eventually moved to Memphis, Tennessee, where, in 1889, she co-owned and edited the Free Speech and Headlight newspaper. Ida continued to teach, until her articles critical of conditions in schools for African-Americans got her fired. So she focused more intently on journalism, and in 1892, began publishing a series of highly researched works on lynching. Wells married lawyer and journalist Ferdinand L. Barnett in 1895, and the couple sometimes worked together as both writers and activists. Barnett had started the Chicago Conservator, and Wells eventually wrote for and edited his paper. A film that shows her career rise, plus how she combined her work with marriage and family at the turn-of-the-19th-century would be fascinating. 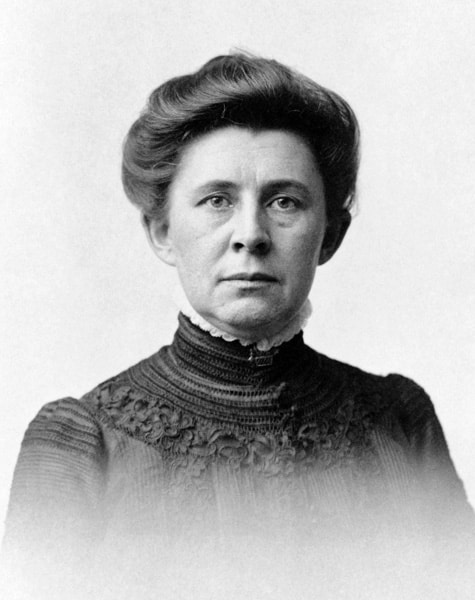 Ida Tarbell was born in Pennsylvania’s oil country, so it’s perhaps no surprise she became the #1 muckraker to bring down the Standard Oil monopoly of the 1900s. The scene is perfectly set up for movies as a framing device or flashbacks, take your pick! The 1850s-1870s oil rush dominated her childhood with financial ups and downs all around her. Ida went to Allegheny College in 1876, taught school for a while as was typical, but began writing magazine articles by 1886. To further her writing career, she moved to Paris in the 1890s and started writing for McClure’s Magazine.  Returning to the U.S. in 1894, she wrote a series of biographical portraits for the magazine as a staff writer. In 1902, Tarbell began investigating Standard Oil, collecting and combing through hundreds of documents and interviewing many people — a practice rarely done at the time, but now standard because of her example. Her articles exposing Standard Oil’s deceptive business practices were first published in November 1902. This lead directly to the breakup of the company, the U.S. government passing several anti-trust laws, and the creation of the Federal Trade Commission. Ida Tarbell is so damn relevant today!

Born in 1885, in Laredo, Texas, Jovita Idár started as a teacher, like so many women of her times, but she soon began working at her father’s weekly newspaper, La Crónica. The paper’s motto was: “We work for the progress and the industrial, moral, and intellectual development of the Mexican inhabitants of Texas.” Idár wrote to promote these ideals, and she also published articles in favor of women’s suffrage. In 1911, Idár participated in the First Mexican Congress, and that same year, Idár became the first president of the League of Mexican Women which aimed to educate poor children. Idár started writing for the newspaper El Progreso in 1913, but her editorial that protested President Wilson’s actions during the Mexican Revolution offended the U.S. Army and Texas Rangers. In what would make an exciting movie scene, Jovita Idár stood in the newspaper office’s doorway to keep Texas Rangers out when they tried to shut her paper down. Idár returned to run La Crónica in 1914 after her father died, and then in 1916, she founded another highly political newspaper Evolución with her brother.

What journalists do you want to see on film?