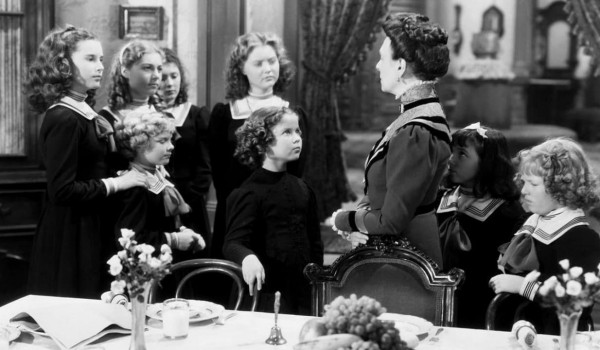 Kendra had her list, so here’s mine! I’ve talked endlessly about how PBS Masterpiece Theater made me fall in love with history (especially Elizabeth R priming me for renfaire), but honestly, I wasn’t only into high-brow stuff. Notice all how I’m the one reviewing musicals around here? Yeah. Those aren’t my only guilty pleasures… 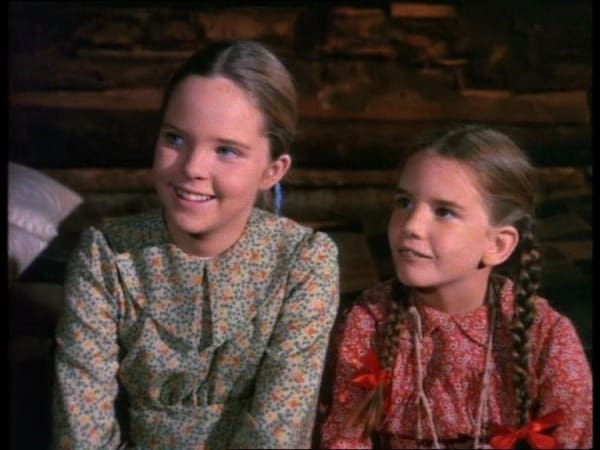 Like, IDK, every red-blooded American female in the past century, I devoured the Laura Ingalls Wilder book series (low-key racism and all!). But as a child of the ’70s, it was the TV series that really made my heart sing. Not only did I identify with child star Melissa Gilbert who was so close to my age, but the show added the best little-girl nemesis evar in Nellie Olsen. Nope, I wasn’t in it for the calico, bonnets, and butter-churning, I was there for the prairie equivalent of teenage drama (kids, this was what we did before the CW). 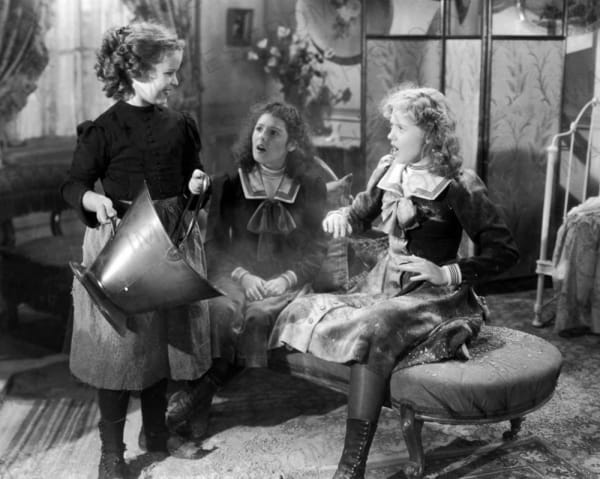 I really wanted to be Shirley Temple when I was a kid — just like millions of little girls from my grandmother’s generation, I guess. Maybe I’m an old soul? Or maybe I was just an only child with a TV in my bedroom watching a ton of black-and-white movies every Sunday afternoon. All of Temple’s movies are my cheesy faves, but I love both the book A Little Princess and this movie, even though this isn’t an accurate telling of the book. I keep planning to write a full review of this and the 1980s version, which are inaccurate in their own special ways. 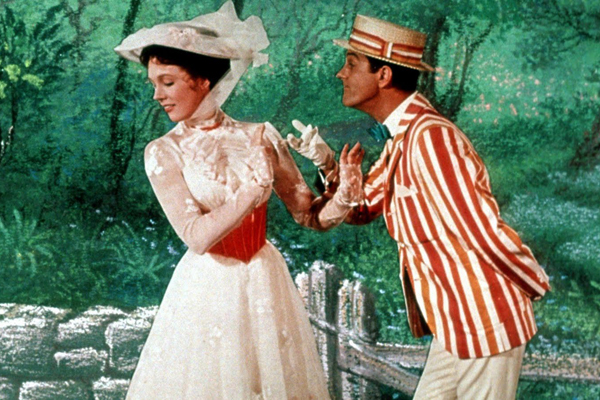 Beloved childhood classic or way too many spoonfuls of sugar: what’s your judgement? I can and will watch this over and over again, plus sing the songs. OBVIOUSLY, I ignore Dick van Dyke’s crappy accent, but his dancing is great. And yes, quit bugging me to review the sequel — it just came out on Netflix so I added it to my queue and will get to it soon enough! 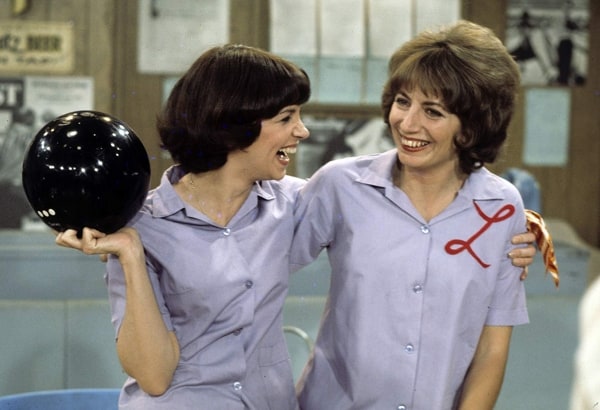 “Schlemiel! Schlimazel! Hasenpfeffer Incorporated / We’re gonna do it!” I may find Grease and other 1950s nostalgia annoyingly cheeziod, but I loved these two ladies! They were working, on their own, they were best friends, living together, they were gonna make their dreams come true, doin’ it their way! This was historically accurate female empowerment of the ’50s — created in the ’70s! — and it still holds up pretty well in that respect. Laverne was the stronger, more adventurous one, while Shirley was a bit meeker and more emotional, so they complimented each other. I still sing the theme song around the house and call my cats Boo-Boo Kitty. 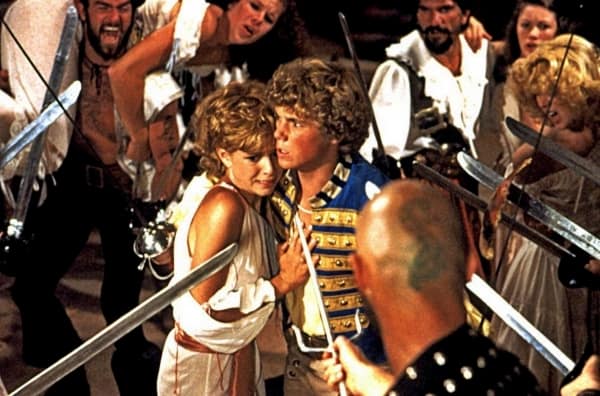 A shitty version of “Pirates of Penzance”! Just what every drama nerd teenager needs, right? Right! Hey, it was a big hit with my dorky friends at the time, and I have fond memories of our sing-a-longs. Totally the least historical of the bunch, but that’s pirates for ya. Hope you’ve enjoyed this tour through my adolescence.

What are some of your cheesy historical favorites?