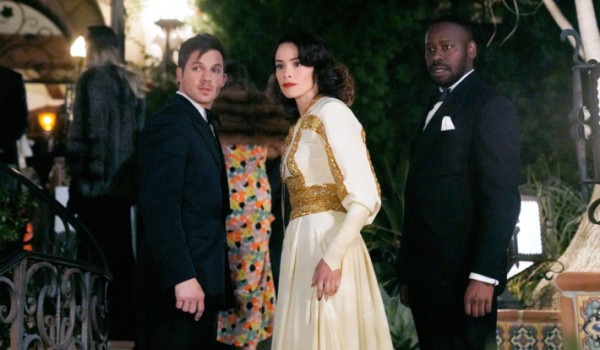 Yay! Because, not much else is yanking my chain these days, guys. I know, I know, I should watch The Crown, or the last season of Poldark, but both feel like homework. NEED MORE GOOD CONTENT. Does it feel like we’re in a historical movie/TV slump, or is it just me?

Luckily, I’m still enjoying Timeless! It’s zippy, there’s evil conspiracies to thwart, and every episode is a new era. There’s finally some Lucy and Wyatt action going on, and Rufus continues to slay me with his witticisms. This is just going to be chit-chatty thoughts, so, spoiler alert!

Smithsonian Magazine is writing recaps where they’re focusing on how well the show is getting the history right, which makes me happy for two reasons: 1. history geekitude, and 2. I don’t have to look up the history of car racing, which I really don’t care about. I also have to give them props, because without their recaps, I wouldn’t have known that Lucy’s 1940s evening dress is a copy of the one worn by Katharine Hepburn in The Philadelphia Story — I’m just not that much of a classic movie buff. I have seen it and it was great! But only the once.

Side note, hopefully you saw this when it was going around Facebook… 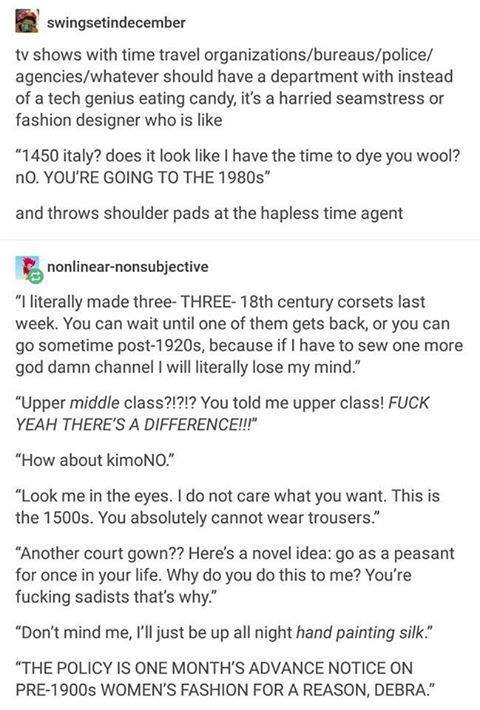 In Episode 1, it’s World War I France, Lucy’s mom is evil/brainwashed, and Marie Curie and daughter show up so Lucy can fangirl (okay, also for some plot points). I don’t have too much to say about this one! 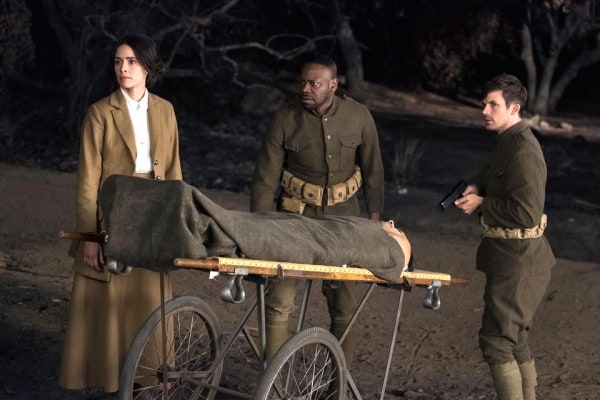 Hair up! They go to great lengths to avoid wearing hats on this show! 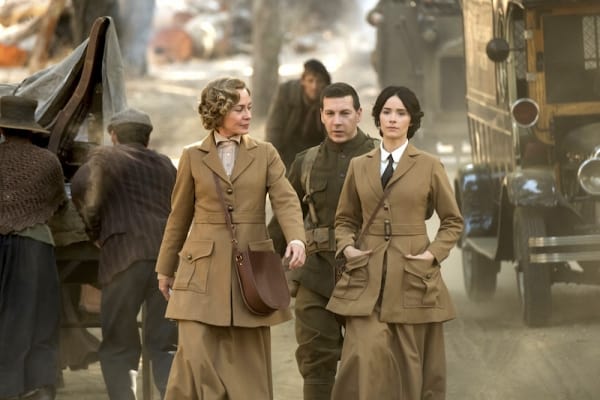 I do loves me a good tailored yet feminine suit, so these uniforms make me happy. Also, mom’s hair! 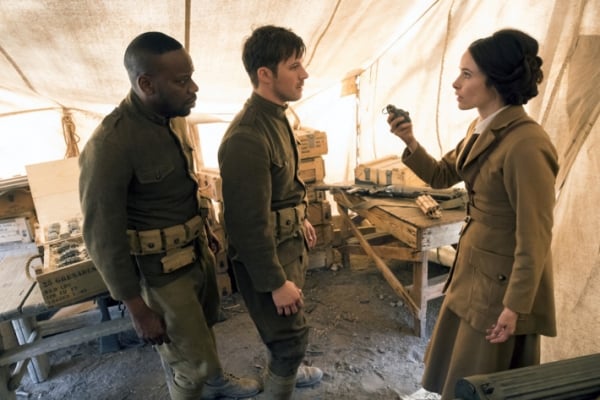 Episode 2: drag racing! An entertaining story, even if I don’t care about racing. Bonus points for some HIGH-LARIOUS commentary from Wyatt on their outfits. Since the Timeless team has had to go underground, they’ve lost their wardrobe department, and Wyatt complains about their clothes coming from Old Navy. Also, Rufus trying to do the “Black person nod” with race car driver Wendell Scott, who is totally confused by it. Ha! 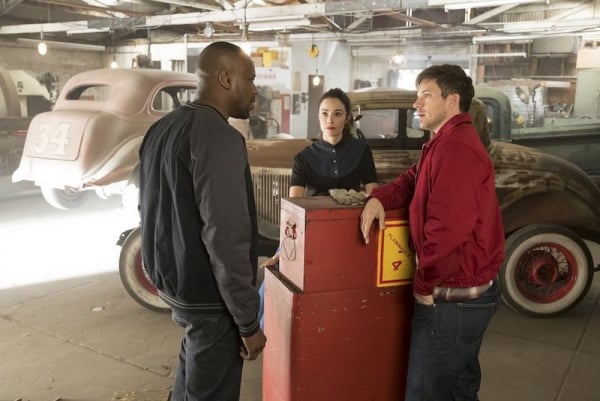 These do look Old Navy! 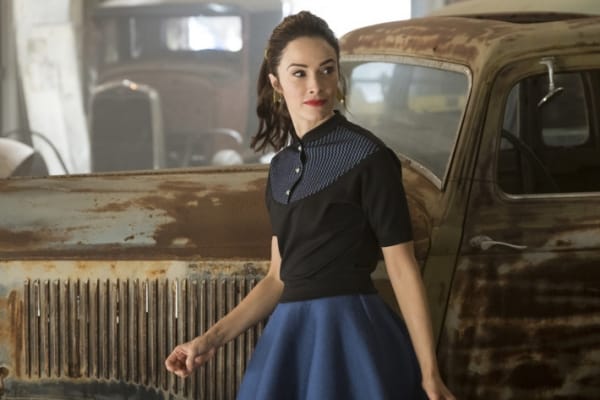 And this era SO suits Lucy!

Episode 3: Hollywoodland! 1940s Hollywood! Lucy and Wyatt don’t just make out, they GET IT ON. Plus, HEDY LAMARR. Okay, so it’s kind of annoying how Lucy is all “nobody knows these days that Hedy Lamarr was a genius…” as tho this is super-sekrit historian knowledge, but, whatever. 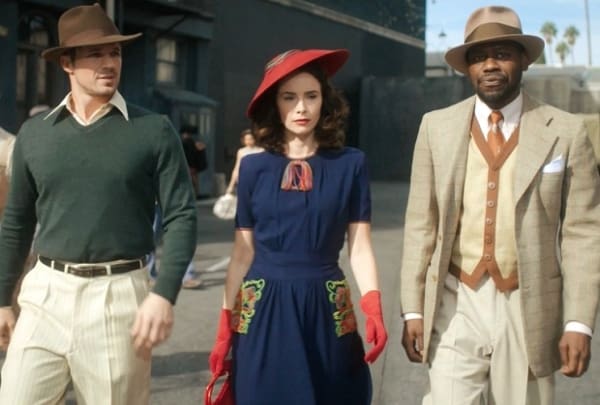 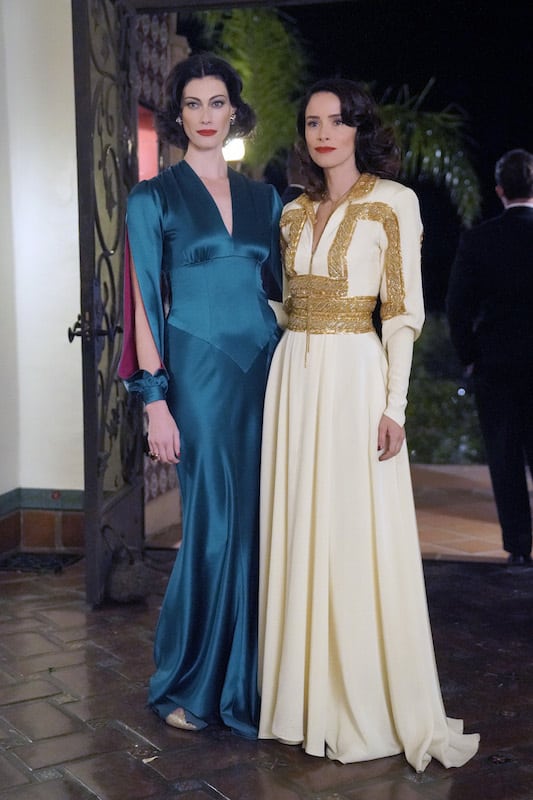 On the right, Lucy in the Katharine Hepburn dress, which Smithsonian points out would have been owned by MGM, not Paramount, which is where Lucy pilfered the dress. 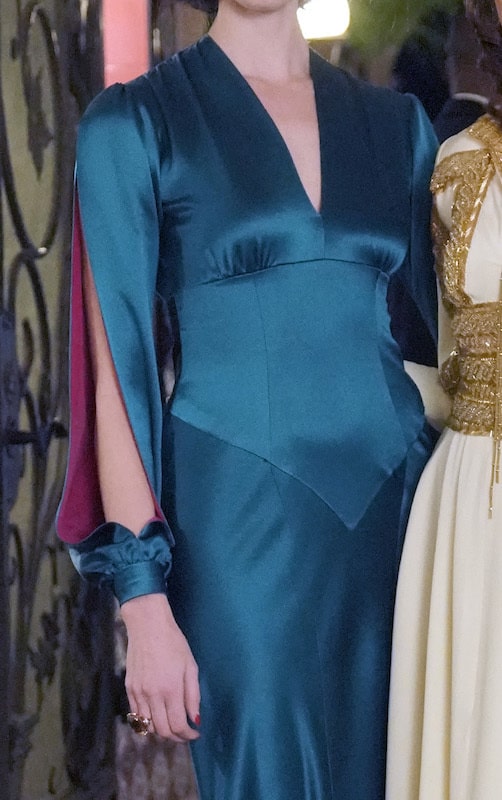 I don’t care, however, I’m just in awe of Hedy Lamar’s dress. CHECK OUT the pink lining inside that sleeve! The beautifully-stitched satin! 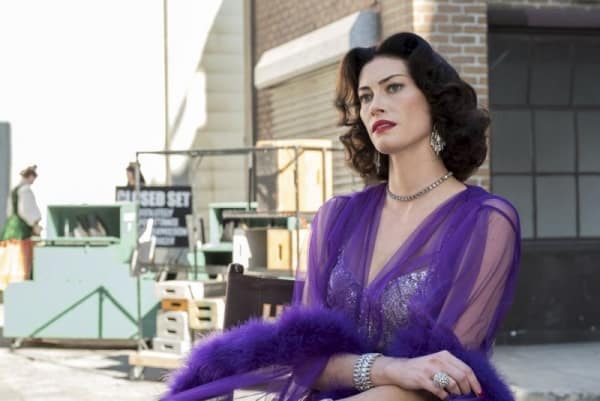 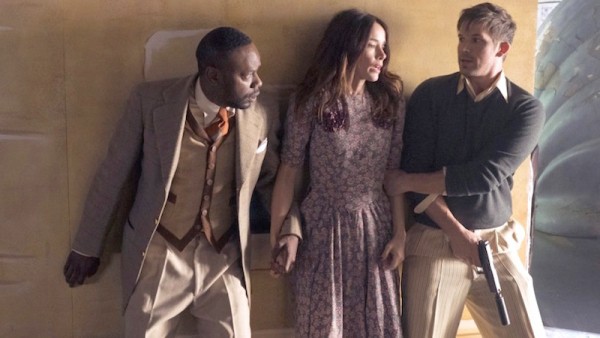 My one peeve — the next day, Lucy shows up in this sisterwife dress. Wyatt teases her about a new dress, she says, “it’s my favorite era.” Okay, then why did you choose a dumpy dress and wtf with your hair??!! 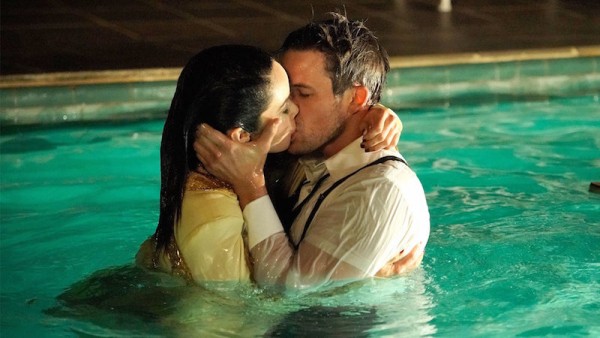 I’ll let it slide, tho, because this happens.

Episode 4: the Salem Witch Trials! Wyatt is busy with back-from-the-dead wife Jessica, which, SUCH AN OBVIOUS PLOY BY THE SCREENWRITERS. Rufus, still hilarious: “the Puritan Chainsaw Massacre.” This episode was so obviously filmed in Southern California, tho – waaaay too many oak trees. 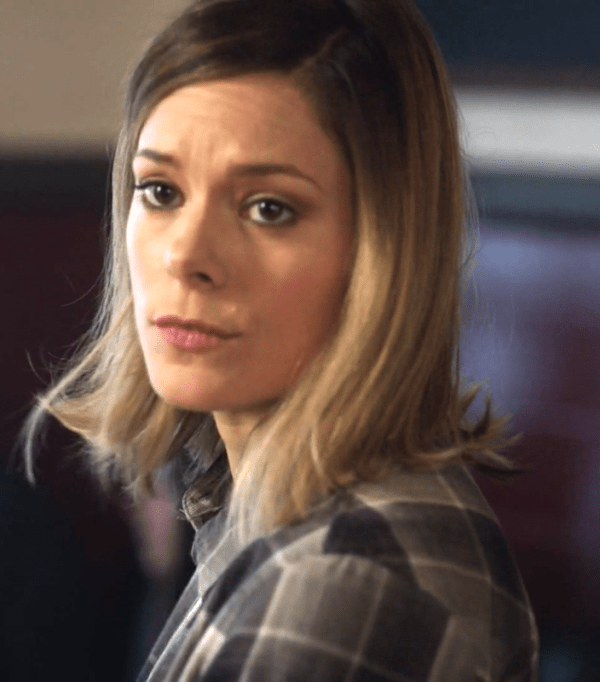 I was underwhelmed by Jessica. 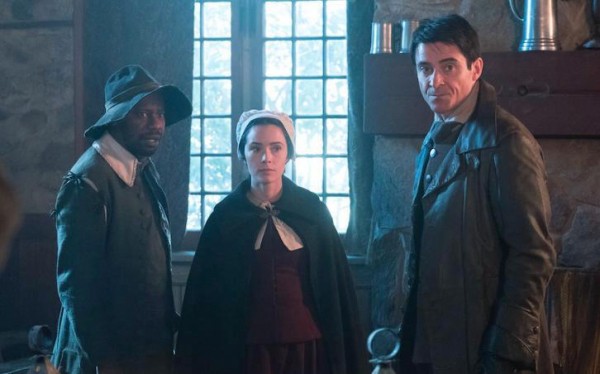 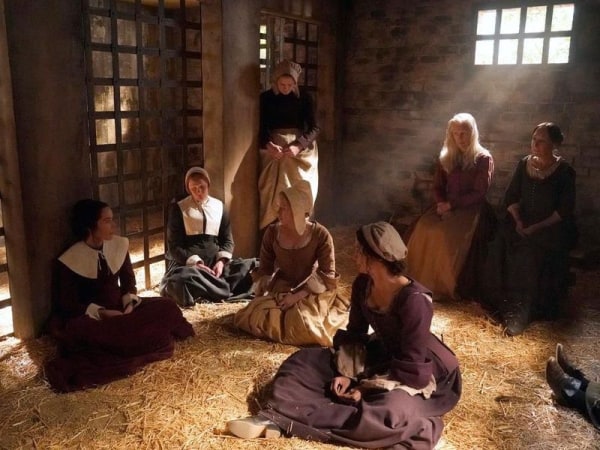 Lucy, waiting to be tried for witchcraft. I actually quite liked this scene and her words of encouragement to the other ladies, but I also spent the entire episode questioning the collars like the one of the far left. The partlet, second from left? Yes. That whole “Puritan Thanksgiving collar” tho — can anyone weigh in on these? 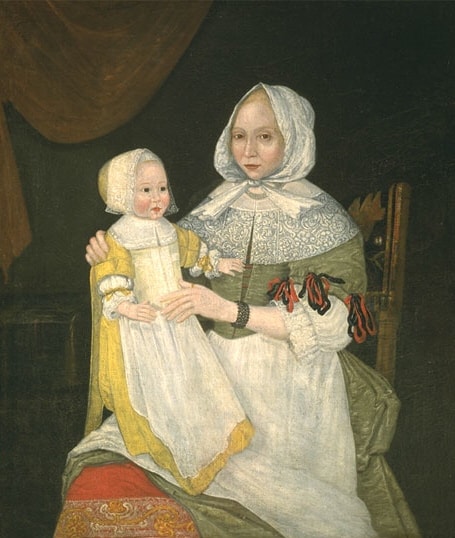 This English painting is the closest I can come up with. Elizabeth Clarke Freake (Mrs. John Freake) and Baby Mary, between 1671 and 1674, Worcester Art Museum. 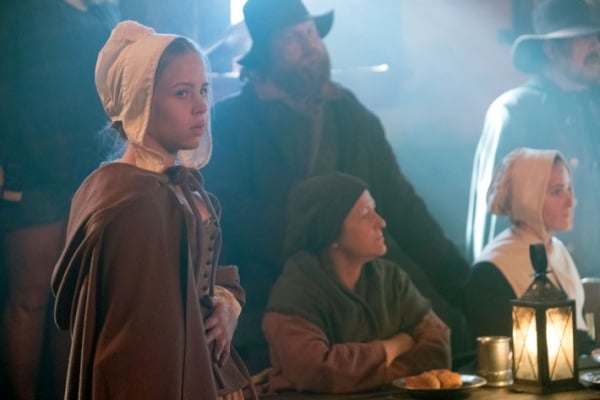 Women were wearing caps, tho, which, yay!

Are you watching Timeless?