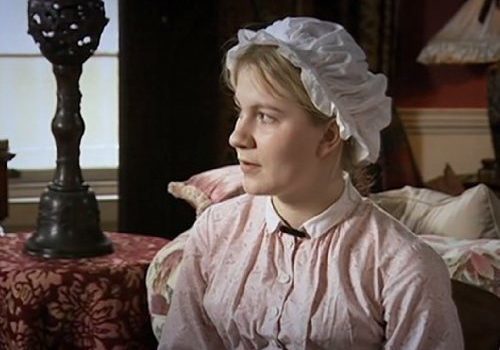 Those of us who love history often joke about being born in the wrong century. Sometimes we even go to lengths of “reenacting” history by making historical costumes and attending historical events such as Renaissance faires, the Society for Creative Anachronism, English Regency dance balls, American Civil War reenacted battles, etc. There are historical educational venues we can visit or even work at such as Colonial Williamsburg or Kentwell Hall and immerse ourselves in history.

But what if you really were plopped right into the past and had to relive it 24/7? What if you were given only a set amount of strictly historically accurate goods / clothing / food / sanitation, and told to use that to live in the style of a specific historical era for a months-long duration? How would you fare?

That’s the conceit of a series of reality TV shows produced in the UK and US that experimented with “time travel” of a sort. Modern people signed up to participate and act as their ancestors would have, with little or no help, and all the while filmed for broadcast TV. Obviously, as with any reality show, there was more entertainment than actual history going on, and participants were not chosen for their deep historical knowledge. But then, even if they had been experts, I rather doubt that the results in any of these shows would have been radically different. The past — even 75 years ago — is awfully different than today, and it’s a simple fact that we all take for granted the conveniences of modern life. I feel like that, more than a deeper history lesson, is the true moral of these shows.

Still, it’s fascinating to watch how people of different backgrounds work out problems and come to solutions using earlier technology. It does make you wonder how you would manage in the same situation, as opposed to the more comfortable, shorter-duration living history events we’re used to.

Chronologically by historical era, here are some of the historical reality TV series I’ve watched (note that I’m using the U.S. names for these shows; some of them were broadcast under different names in the U.K.). I know there are more of these shows about other eras that were filmed in America, the U.K., Australia, New Zealand, Germany, and Switzerland — chime in with your faves below!

This is my favorite of these historical reality TV series because the participants attempted to create an entire American settlement from the 1600s. It was ambitious and unique in scale. Individuals were assigned roles ranging from “indentured servant” to “pastor and family” and everything in between, reflecting a fairly historically accurate spread of who could have been found in a small party settling the New England coast. The series explored religious conflict, gender issues, food scarcity, contact with Native Americans, and so much more — it felt like a microcosm of the problems of United States, past and present. Costume-wise, it’s not shiny in the least, but the series (like all them) starts out basically accurate, and, in this case, the participants mostly stuck to wearing their historical kit, so the look of the period was maintained.

This historical reality TV series wins at having the most annoying participants — while also having some of the sweetest and kindest. They didn’t really even out, at least not on screen. I know, I know, TV editing always makes someone evil and someone an angel, but the Clune family were pretty easy to paint as spoiled brats, especially after all the modern things they sneaked into the show (cheaters!). Also, the Clune family failed in the costume department because the females (both mom and the two daughters) hated and all but refused to wear the historical costumes provided to them. They ditched their corsets, and they ran around in chemises and petticoats as if they were tank tops and shorts (until the weather turned cooler).  At least they put their historical clothes on properly for Nate and his fiancee’s wedding. That was a wonderful storyline where he had arrived in the show by himself and built his house, with help from his father and other settlers, before his bride arrived mid-show. Which, of course, often happened out on the frontier where men would get things started up before their wives and families headed out West.

This was the very first of all these “house” reality series to be filmed, and it’s the inspiration for subsequent variations. They’ve all hewed to the same essential formula: Take a group of modern people and plunk them down in a living situation of a past era, require them to live 24/7 in that time period, film it all, and see how the people deal with the differences. In this initial outing, the Bowler family lived for three months in a late-Victorian home in a London borough. While this house looks so similar to a modern one, the thing the bedevils this family the most is the washing up. Getting hot water, using period soap, washing laundry and kitchen gear, and even basic bathing, it all takes endless hours of the day. The mother of the family also must adapt 21st-century concepts like vegetarianism and feminism to a late-Victorian mode of living.

Six participants were selected to be the titled family, and 15 more were their servants, for this upstairs/downstairs historical reality TV series. The setting was a the Georgian-style estate of the 4th Baron Palmer, called Manderston, in the Scottish borders. If you romanticize Downton Abbey and think “oh Anna and Daisy don’t have it too bad!” — give this show a watch! There’s a constant churn of scullery maids quitting because the work sucks, and the chef takes matters into his own hands and complains to the lady of the house about the general poor treatment of the staff. Meanwhile, the upstairs family swans about taking advantage of their hoity-toity position, and thinking they don’t want to return to the modern world. This series is a revelation about the hardships behind our favorite historical costume fantasies. Life was sweet for those to the manor born, but only because of the back-breaking labor of the people beneath them.

What’s your favorite historical reality TV series? One of these or another one?