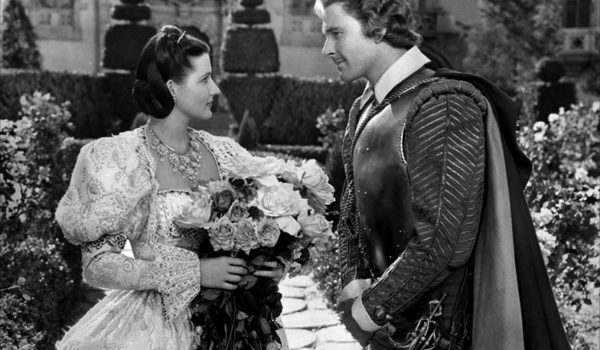 This epic film takes a riff on actual historical events — the tense period of the 16th century, before the invasion of the Spanish Armada, when English ships were harassing Spanish ships without much disapproval from Queen Elizabeth I. The Sea Hawk (1940) invents a privateer by the name of Geoffrey Thorpe (played by Errol Flynn) as the chief fellow who’s going to get under Spain’s skin. And to complicate matters, the Spanish ambassador has a pretty niece, aka love interest, Doña María (played by Brenda Marshall). There’s an adventure with Thorpe pirating it off in Panama, while María improbably becomes QEI’s maid of honor. Derring is do’ed, swash is buckled, and England triumphs over Spain, ‘natch. The Queen gives a stirring speech when she knights Thorpe on his ship that many claim was supposed to inspire a WWII British viewers at the  time. 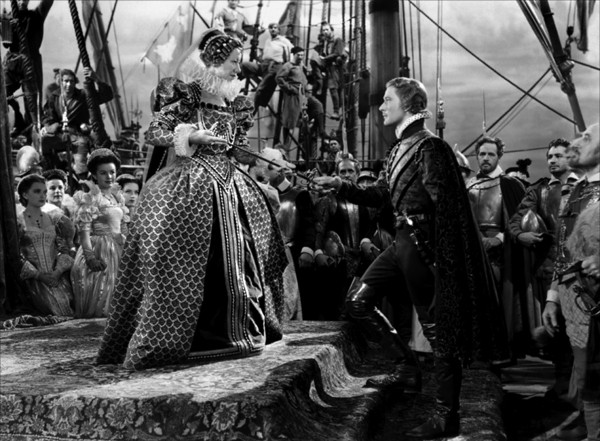 Accurate, it’s not, but entertaining, it is! This ranks very high in Errol Flynn’s sword-and-tights flicks, no doubt. Flora Robson is particularly commanding as QEI, having also played Elizabeth in Fire Over England (1937). And y’know what? The costumes are strikingly 1580s for the 1940s. The silhouette isn’t always right (’30s and ’40s Elizabethan films really seem to love wide, narrow panniers a la the 18th century), but the ruffs are spot-on and the rest of the ornamentation is often very accurate. Bonus points for giving Doña María a uniquely Spanish costume, even if it’s about 50 years ahead of the times (compare with these royal paintings of Diego Velázquez from the 1630s-50s). 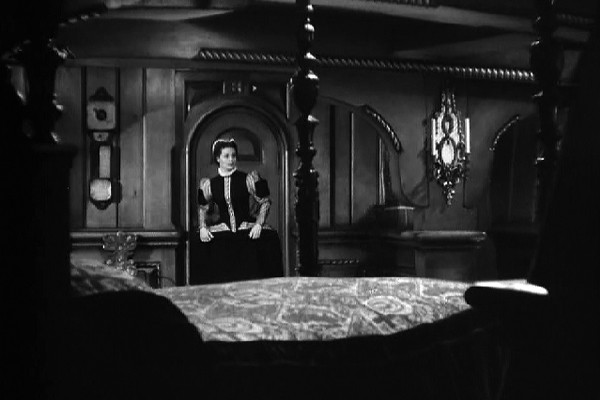 She wears this Spanish 1630s gown in a lot of dark scenes, so I apologize for the terrible screencaps. 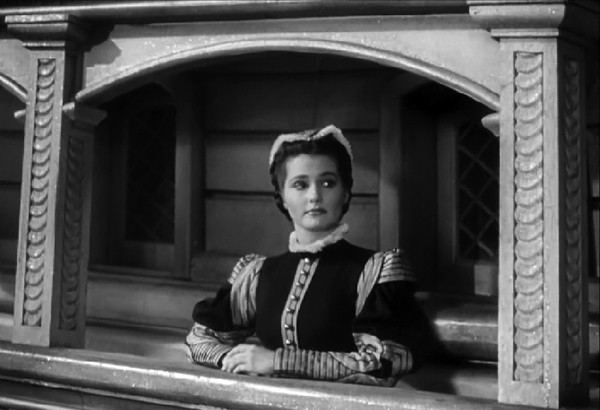 Terrific braid trim all over the bodice. 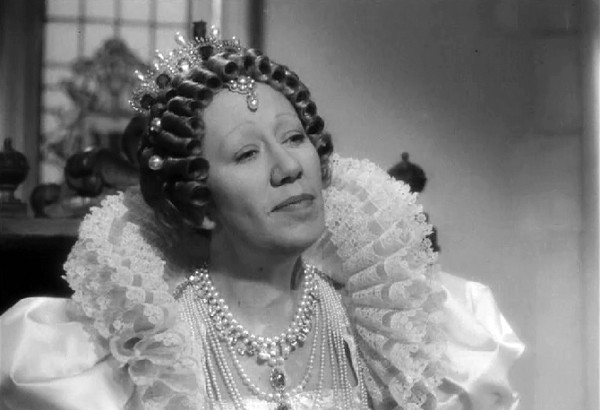 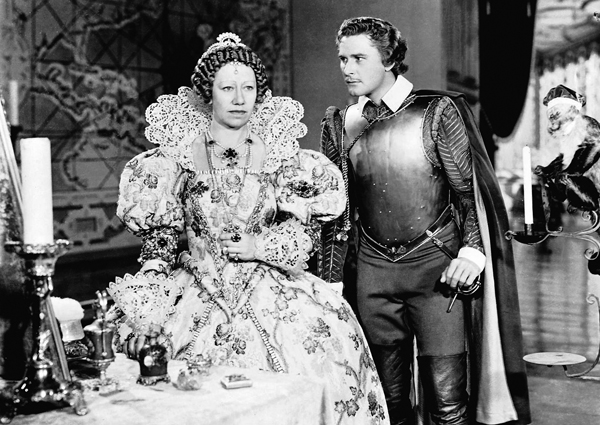 QEI has a pirate & a monkey. Because she’s the queen. 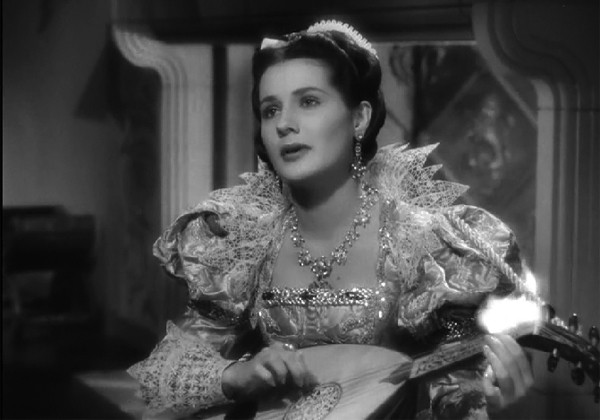 I need to know where Orry-Kelly got all this lace because the pattern is so much closer to Elizabethan than anything you can easily find today. 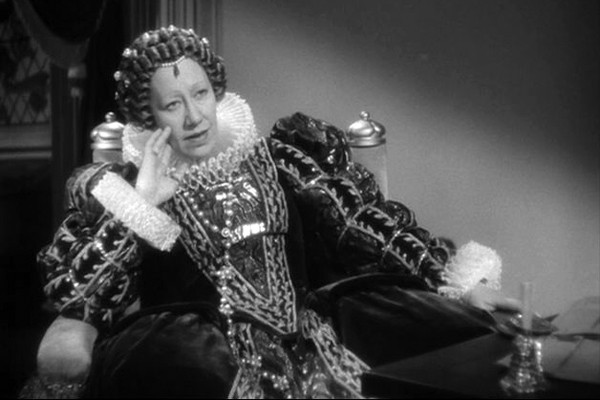 This gown looks so heavy, and yet, there’s still a giant wrinkle in the front. Just using a girdle as a corset or what? 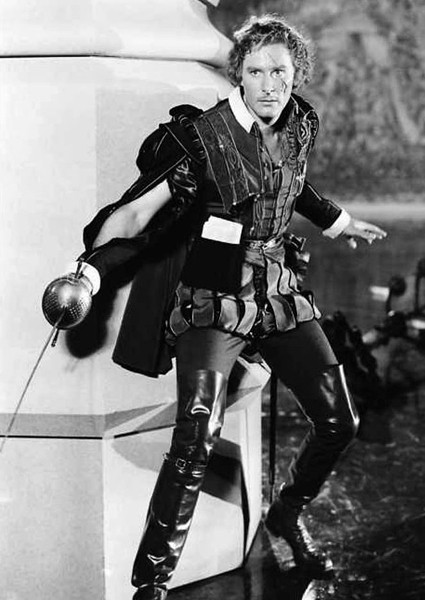 Flynn gets a snazzy costume too, and I’ll give him the boots because he is a pirate after all.

Are you an Errol Flynn fan?