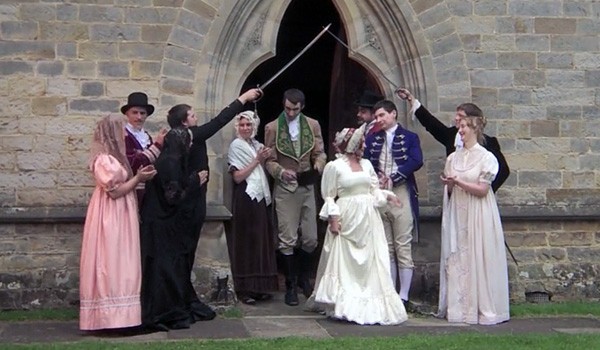 Oh the things you find on Amazon Prime! No idea how I stumbled across The Scandalous Four (2011), but I guess because the subject matter is relevant to my interests, some algorithm did the right thing.

Set in the English Regency, the story starts with a young woman being married off to a super stiff, boring rich guy, even though she’s in love with her poor music teacher. The twist is that her new husband soon gets it on with the butler, the music teacher comes to work at their estate as the gardener, and the four end up in an incredibly adorable and charming open relationship. Yeah, it’s kind of a fantasy but it’s kind of plausible how this happens and each character’s reactions. HOWEVER, the costumes are shit-tastick on toast. Also, the very end of the story takes a freaky turn. But all be darned, it’s a charming way to pass the time! 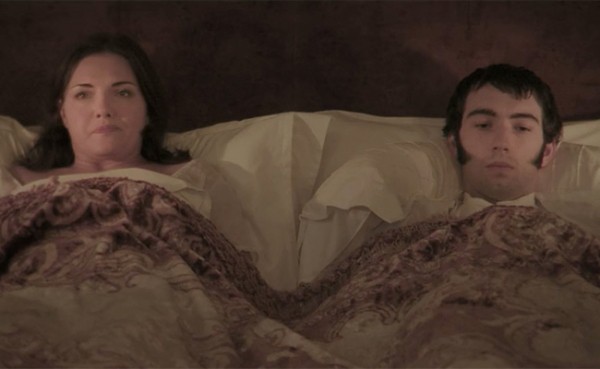 This doesn’t work out. 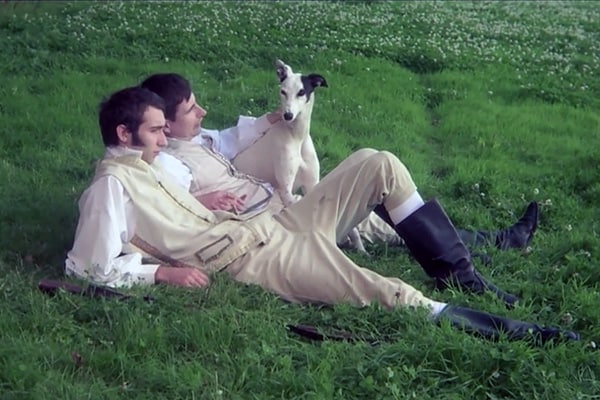 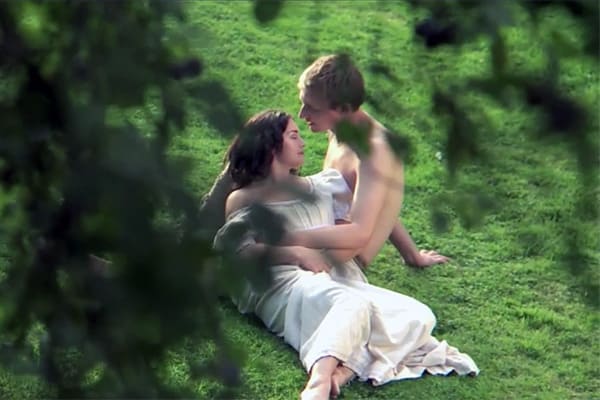 And so does this!

When I compare it to some of the romances and queer historicals I’ve seen, the characters are more fully formed and less cliched, and they mostly fit within the period reasonably well. I can’t find anything about the movie or anyone who made it, so you’ll just have to trust me here. And maybe ignore these screencaps? IDK why I’m even including them because they’ll just scare ya away… 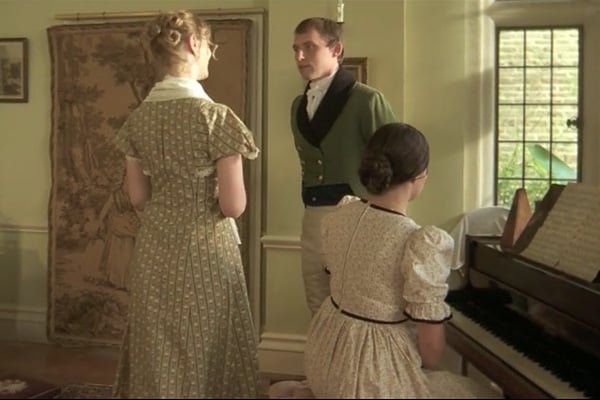 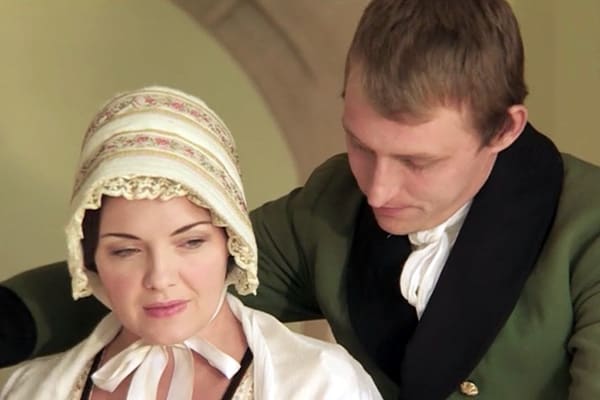 And a seriously derpy bonnet. 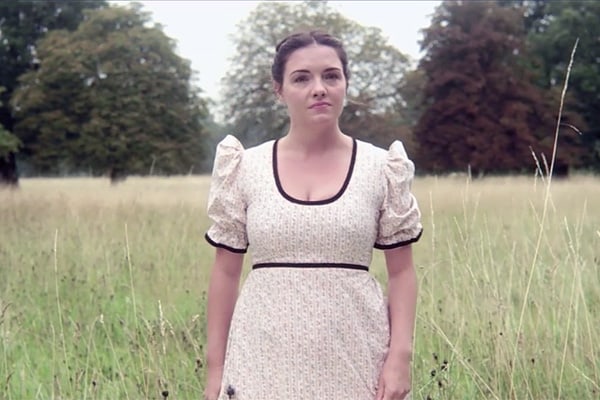 Happy hands at home. But her hair is up! 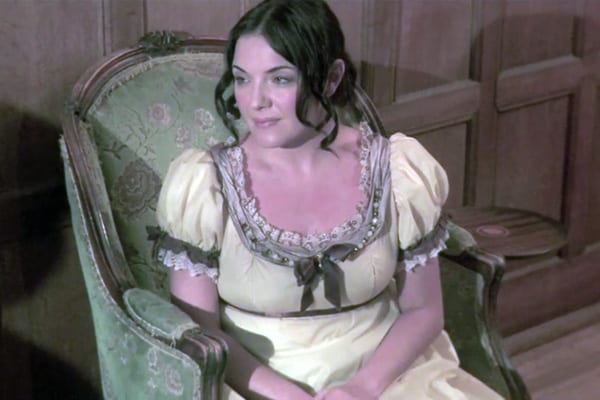 Her “best” dress, & I use that term reservedly.

Will you give The Scandalous Four a try, in spite of the shitty costumes?