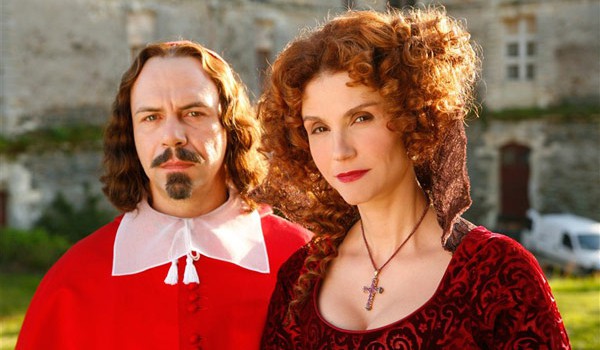 I came across this image from The Queen and the Cardinal, a 2009 French TV movie set in the 17th century, and I needed to know more: 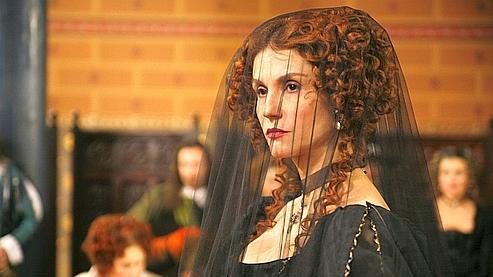 Welp, it turns out that the film is about Anne of Austria, widow of French king Louis XIII and regent for her son Louis XIV from 1643-1651, and her supposed love affair with Cardinal Mazarin, on-and-off chief minister of France during this period. There were lots of rumors at the time that the two were In Lurve due to their closeness.

The film itself is a two-parter. The first part focuses on the death of Louis XIII, Anne assuming the regency and Mazarin the chief minister post, and the two of them hooking up. I admit, it felt a bit like homework to work through this episode, but then I’ve been feeling uninspired lately about most period TV/film options (NEED BETTER CONTENT HOLLYWOOD), so I soldiered on. The second episode was more interesting, as it intertwined the aging queen (who never visually aged) and Mazarin’s (who did) relationship with the young and newly crowned Louis XIV and his love affair with one of Mazarin’s many nieces, Marie.

I was surprised at how much money appears to have been thrown at this production. No, there weren’t 10,000 extras and the settings weren’t perfect, but they were pretty good, and there were even some decent computer-generated shots that added to the whole shebang. 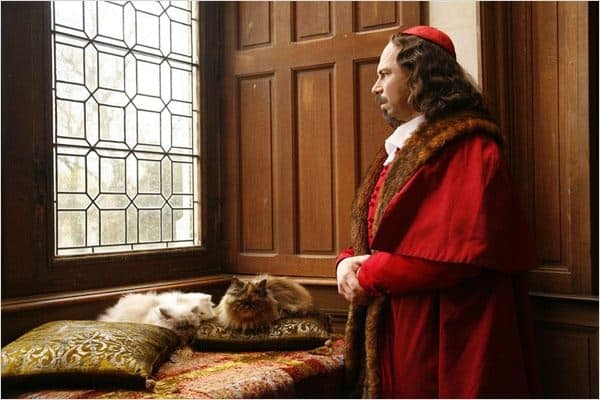 Also, there are cats.

Impressively, there was a dearth of poly baroque satin and even, dare I say it, silk was worn! The costumes got the general gist of mid-17th century right. And okay, there were some metal grommets, but at least they were the small ones? I started thinking for a minute that maybe the French take their history more seriously and that’s why there was a bit more quality to the costumes, but then remembered productions like Henri IV… 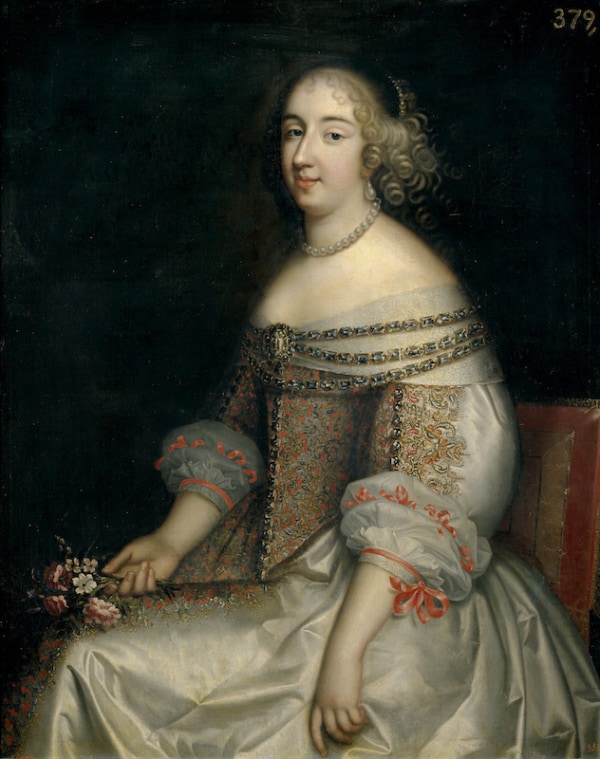 For the ladies: heavily boned bodice that is just on the shoulder point, wide sleeves that end just below the elbow, full skirt | Portrait of Mademoiselle de Montpensier by Charles Beaubrun, 1655, Prado Museum 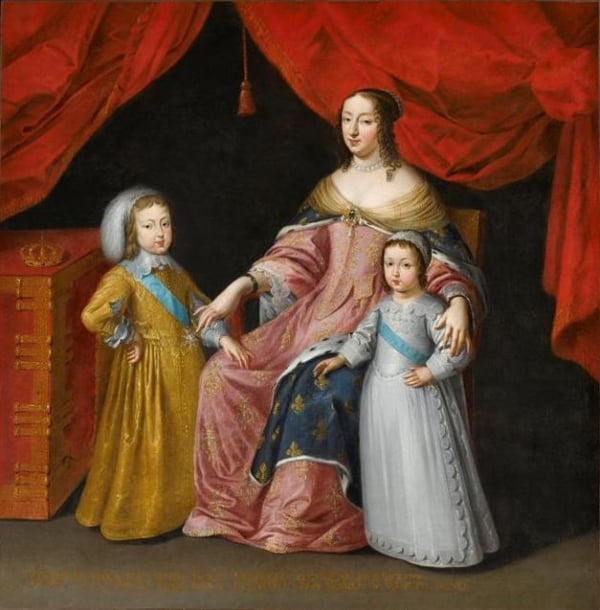 The real Anne of Austria, probably before her widowhood, so early 1640s. Her bodice has tabs, but again you’ve got the heavy boning, wide neckline, full sleeves, and full skirt without any major support underneath | Anna of Austria with her children, first half of the 17th c., Palace of Versailles

Here’s that mourning outfit worn by Anne of Austria: 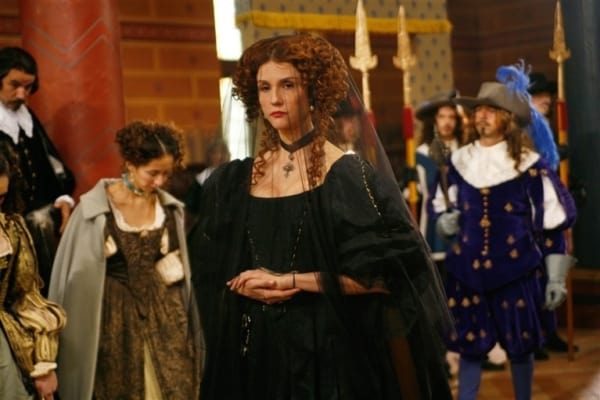 Hard to see too many details, but you’ve got those full sleeves… the neckline looks a little high on the shoulder. 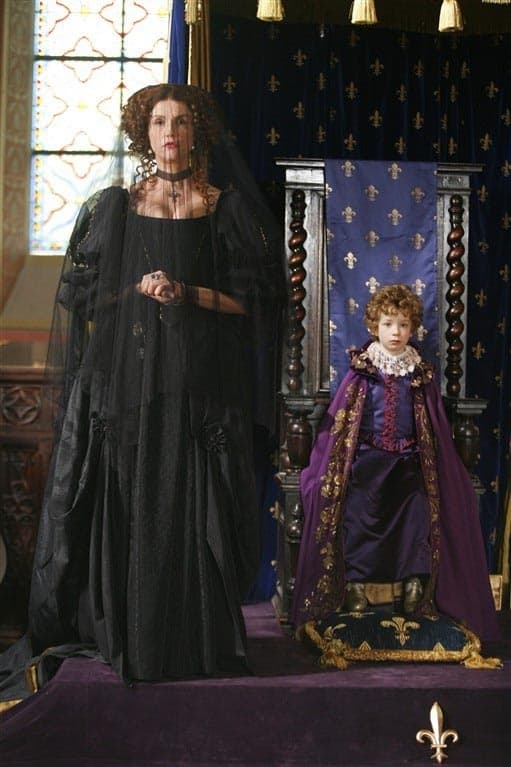 Of course, the REAL Anne of Austria wasn’t dressing quite so much like the hot goth in her widowhood… 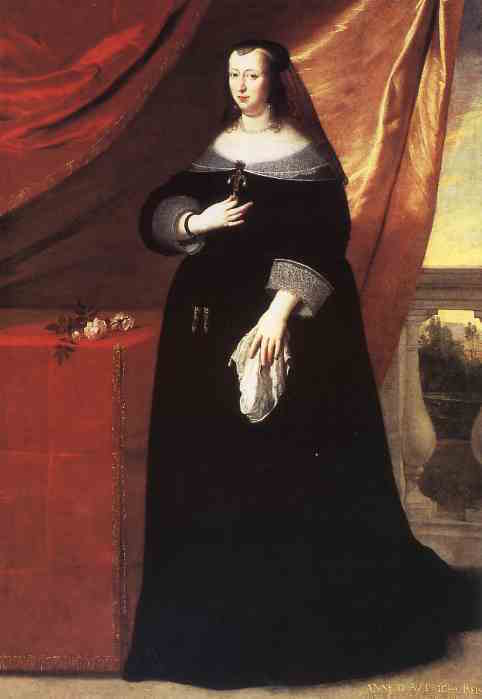 And therein lies the main problem that I had with the costuming — Anne of Austria being dressed as a Hot Goth(TM): 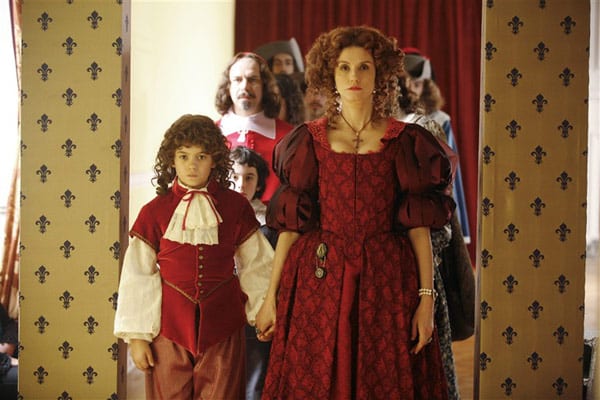 It doesn’t show up as well in pics, but the lace on her neckline is HOT PINK, which I strongly question. 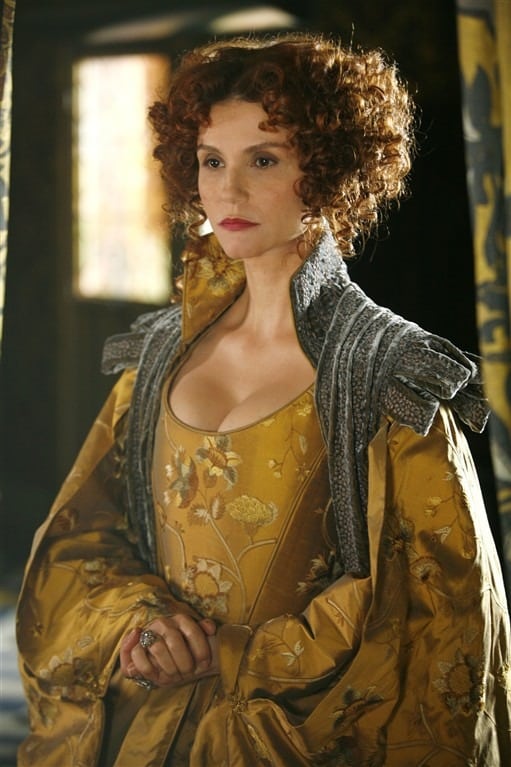 There’s a lot of gold dresses, like this one in an obviously machine-embroidered fabric, but hey, the pattern is appropriate to the 17th century. 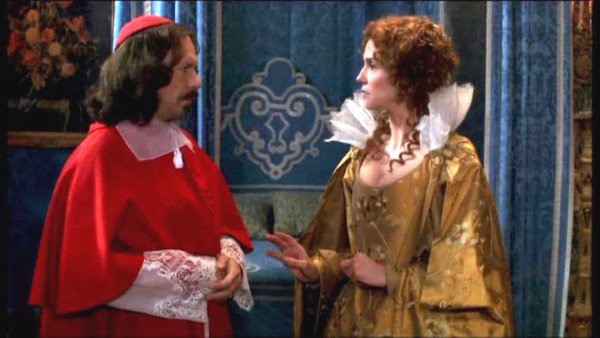 There were some standing ruffs, some more successful than others… 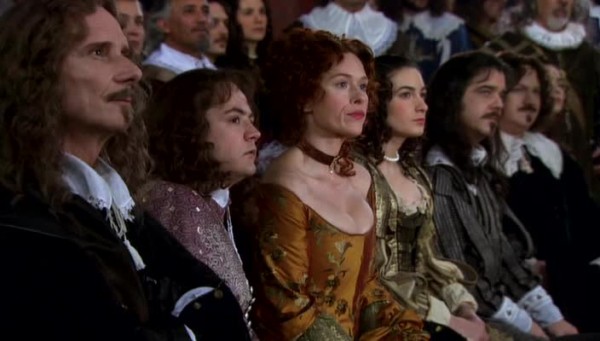 The Duchesse de Longueville is one of the main baddies. She’s in yet another machine-embroidered fabric, but hey I think it’s silk, although those cuffs look very 18th century… 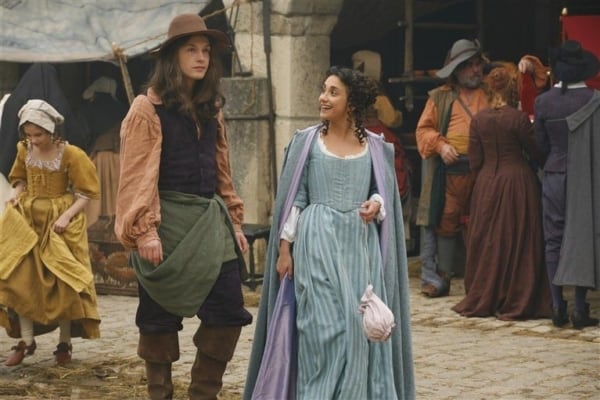 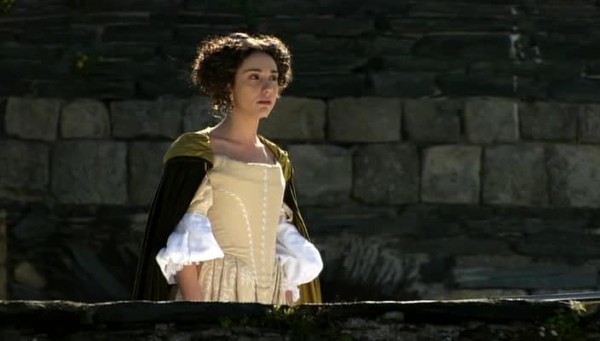 …although I liked this cream one more.

The other main problem I had with the women’s costumes was that in addition to Anne not aging herself, she never updated her wardrobe. The film basically goes from 1643 to 1661, and she’s still wearing the exact same gowns on Mazarin’s deathbed as she is when they’re first hooking up.

Now, hair. Here’s what the hair SHOULD have looked like: 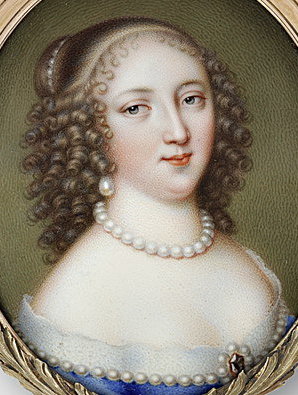 Smooth on top, lots of curls from the ears down, bun at the back of the head | Portrait présumé de Mademoiselle de Montpensier by Jean Petitot le Veux, Musée du Louvre

A few of the ladies had the smooth on top thang going on: 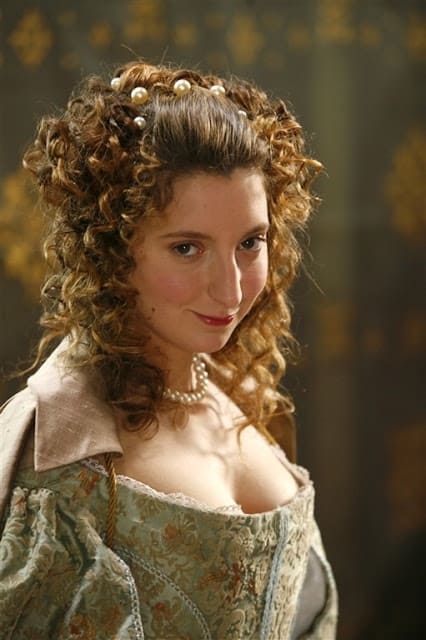 But most everyone was rocking 1670s hairstyles: 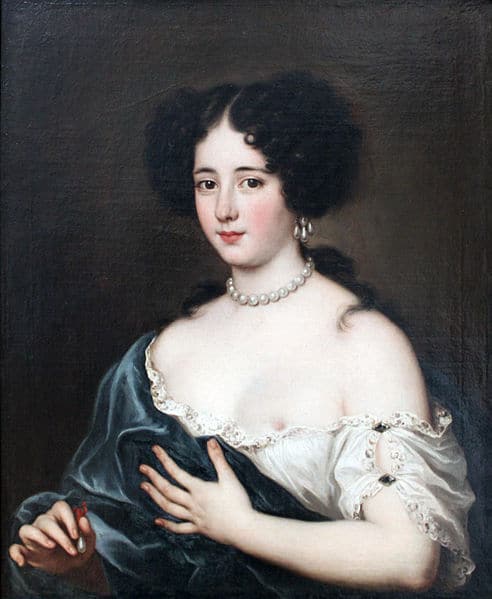 1670s hair had center-parted, high puffs of curls above the ears, with a back arrangement and some curls hanging down | Clelia Cesarini Colonna (1655-1735), Duchess of Sonnino, as Cleopatra by Jacob Ferdinand Voet, 1675, Gemäldegalerie, Berlin 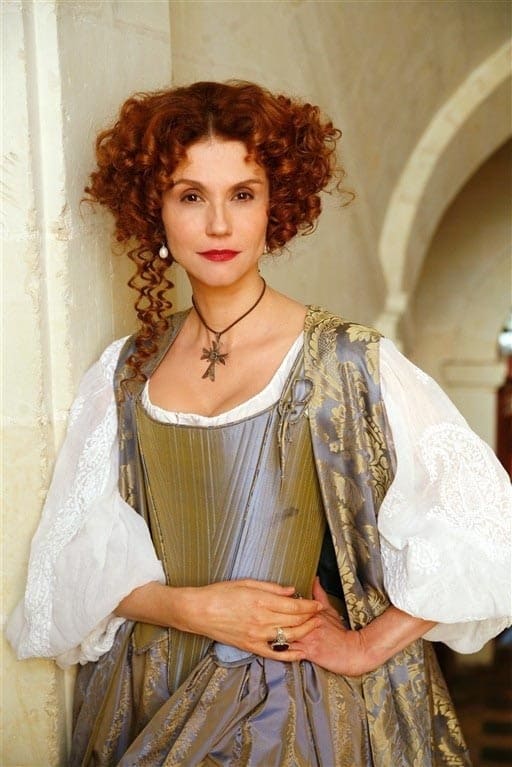 That’s the style that most everyone wore, including Anne of Austria. I actually think this is a gorgeous style, so I enjoyed watching it. It’s just not 1640s-50s. 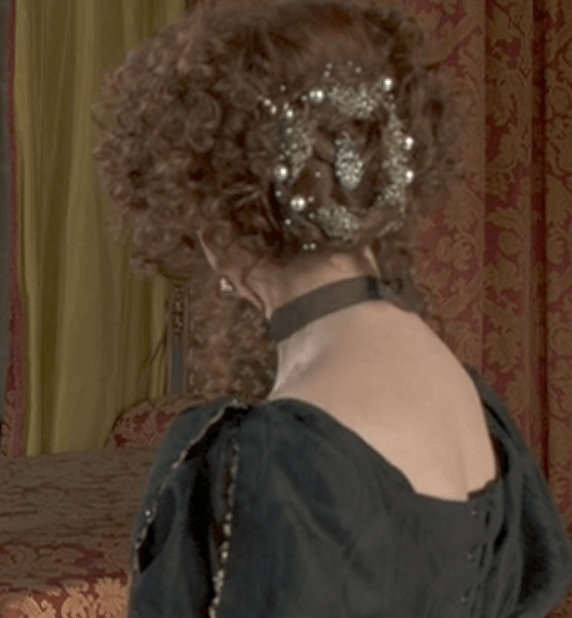 I will say they did some really pretty things with hair accents, like pearls in the hair. They frequently decorated the back arrangement, like on the queen’s hair here.

Also, yep, I’m saying it: between the queen and the duchesse de Longueville, there were an AWFUL LOT of bottle-dyed redheads…

Now, turning to gents: GUYS. I LITERALLY JUST SPENT ABOUT TWO HOURS TRYING TO FIND AN IMAGE SHOWING 1. A MAN WHO WAS 2. FRENCH AND 3. UPPER CLASS AND WAS 4. STANDING FULL LENGTH AND 5. NOT IN ARMOR AND 6. FROM THE 1640S OR 1650S. I give up. This Italian image isn’t too different from French styles. WHY IS MY LIFE SO DIFFICULT!!!! 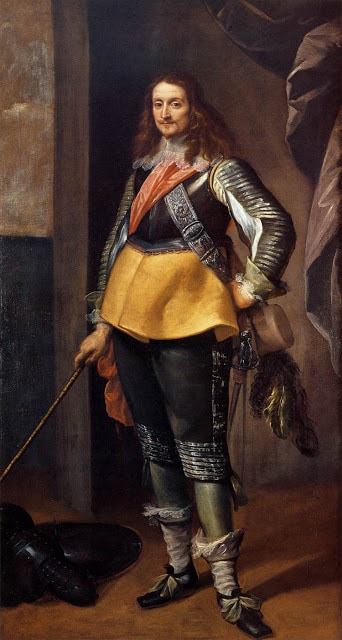 Gents were wearing slightly short-waisted doublets with long skirtings (yes, this guy is wearing a bit of armor but use your imagination), not terribly full trousers that ended below the knee, and medium-fullness sleeves | Portrait of a Gentleman by Carlo Francesco Nuvolone, 1650s, via http://spenceralley.blogspot.com/2016/12/faces-and-places-from-17th-century-italy.html

In general, the guys in the film looked good: 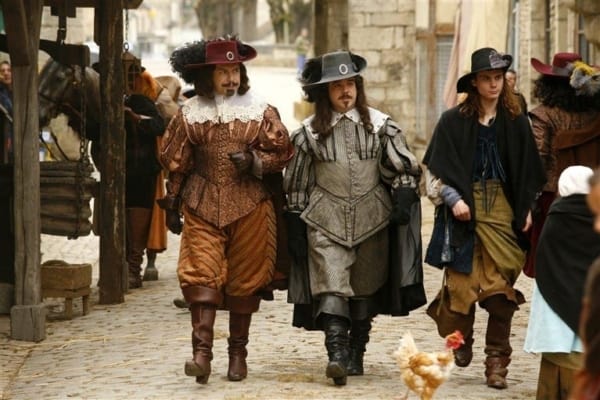 Mazarin and one of his peeps rocking the streetwear. Do not be misled by the fact that they are wearing hats in this picture. Hats were in short supply. Also, the pants are a little too puffy, and while I didn’t pay attention, I’ll bet every guy was in boots. 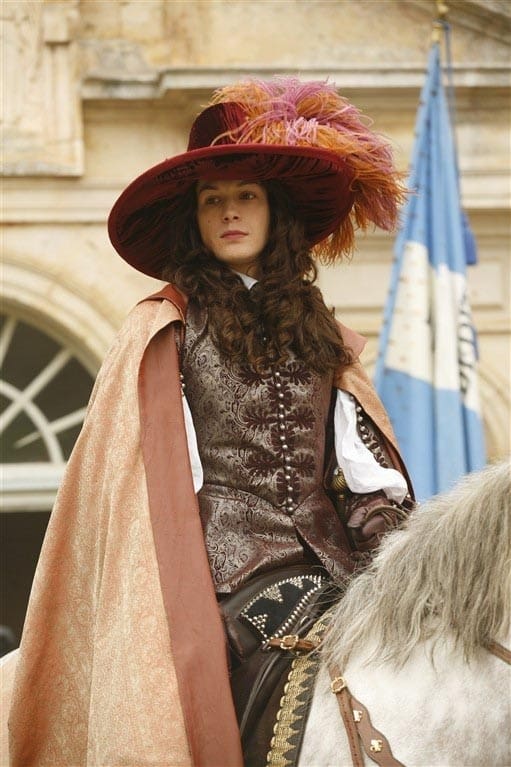 Teenage Louis XIV. Again, be not misled by the hat. This is a rare sighting.

Mazarin spent most of his time rocking the cardinal robes: 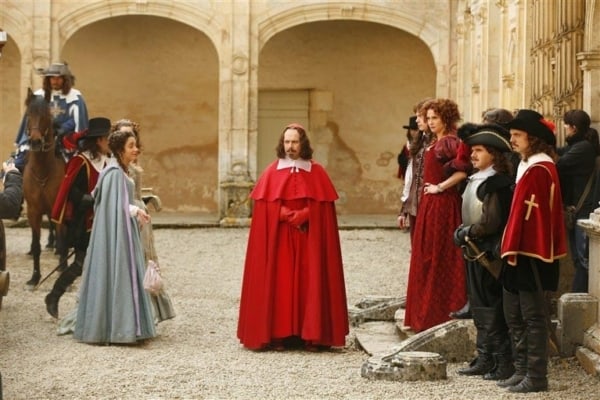 Which, along with the historically accurate hairstyle (PROPS!!), made it hard to get excited about watching him Get It On with the queen. 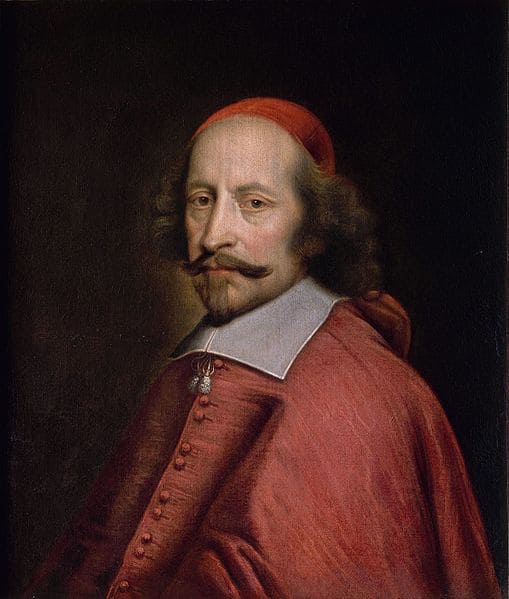 But, mad props for going for it with historically accurate hair and facial hair! | Portrait of cardinal Jules Mazarin by Pierre Mignard, 1658-60, Musée Condé 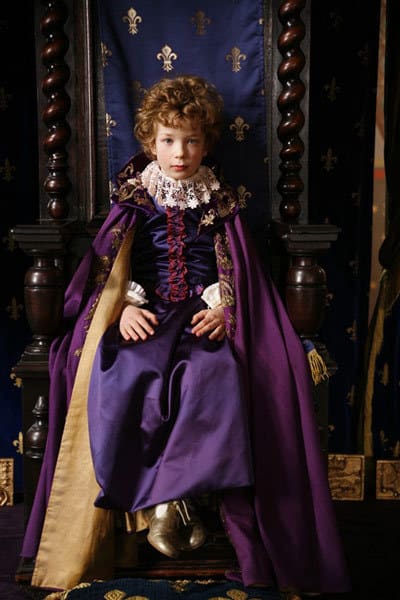 Not half bad, compared to the real deal! 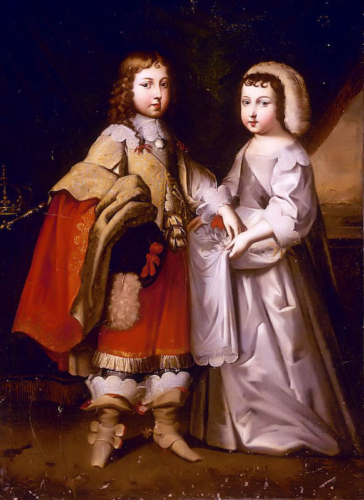 Louis XIV and his brother, attributed to either Charles Beaubrun or Henri Beaubrun the younger, via Wikimedia Commons

Will you check out The Queen and the Cardinal?