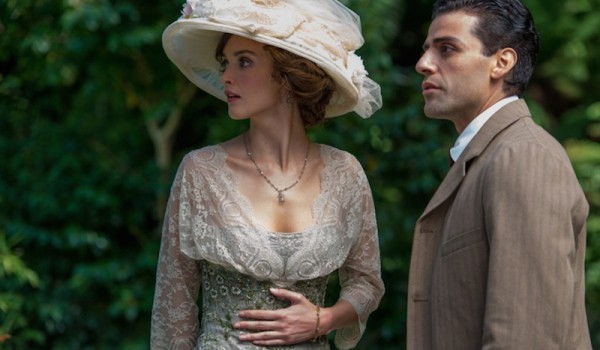 In some ways, 2016’s The Promise seemed like it was going to be an old-school Serious Historical Drama movie, given that it focuses on a love triangle during the Armenian Genocide (when, in 1915 just at the outbreak of World War I, the Ottoman government attempted to systematically murder their Armenian citizens) — but the kind of old-school movie where it is kind of ridiculous to be worrying about a love triangle when people are being murdered right and left. Fearing shmaltz, I avoided it, but given the current dearth of frock flicks to review, I decided to give it a whirl. Well, reader, I am now IN LOVE WITH MY NEW BOYFRIEND Oscar Isaac, and in general, I quite enjoyed the movie!

Oh, it has its shmaltzy bits, particularly main love interest Ana (Charlotte Le Bon), who is the Historical Manic Pixie Dream Girl incarnate. She’s Armenian but traveled with her eccentric father, then studied at the Sorbonne in Paris (which checks out — the first female student was in 1883). She’s now back in Constantinople teaching modern dance to some students and having a long-term, unmarried, shacked up affair with an American journalist, which no one seems to bat an eye at.

Backing up, however, we meet Isaac’s character, Mikael, who is an Armenian student from a small town who has moved to Constantinople to study medicine. He meets Ana and falls in love, but she’s got that American boyfriend (Christian Bale) — AND he’s engaged to a local girl (played by Angela Sarafyan of Westworld). Things get complicated, but then World War I gets going followed by the genocide, and the focus of the film shifts — in a good way!

I do think the film was trying to do too much by cramming the love triangle into a story that is clearly trying to show the range of the Armenian Genocide — forced migrations, prison labor camps, mass murders, resistance, and international concern. And I wish there had been more backstory and context as to why and how the genocide got underway — although that’s a hard thing to do, as the reality is most genocides seem to take place amongst peoples who were living together for centuries with some tensions that suddenly go from “that’s complicated” to “holy shit they’re killing everyone.” (Here’s some good backstory from Time magazine.)

That being said, I found the film interesting, more for the historical events portrayed than the love story, which wraps up in a super cheeseball manner (no spoilers!).

The costumes were designed by French designer Pierre-Yves Gayraud (L’Allée du Roi, Perfume: the Story of a Murderer, The Countess, In Secret, Babylon Berlin) working with Tirelli Costumi, but unfortunately the film did badly enough that there’s no press with Gayraud to draw on. In general, I liked the costumes — Ana was glamorous but also fashion-forward/artistic-y, the traditional costumes were beautiful, and everyone looked believable. Of course, the second half of the movie is Not Shiny at all, as everyone is basically suffering.

Best of all, I got to gaze on the face of my new boyfriend for over two hours, so all in all, I’d give it a doesn’t-achieve-all-it-wants-but-worth-a-whirl thumbs up! 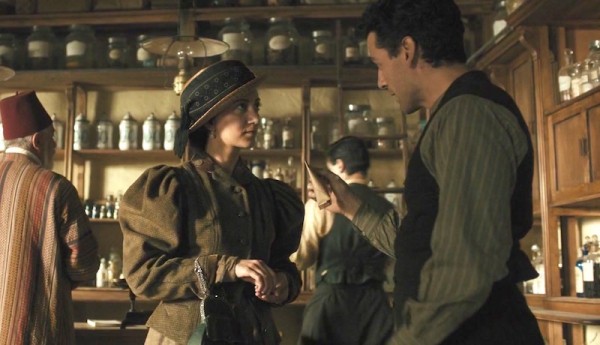 In Mikael’s hometown, this well-to-do lady is still wearing a late 1890s silhouette. 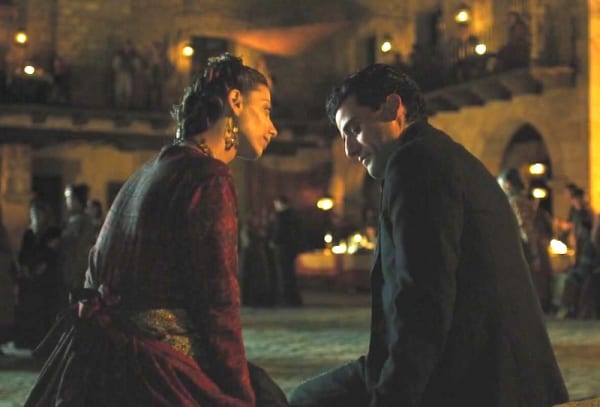 At their engagement, fiancée Maral is in traditional clothing. 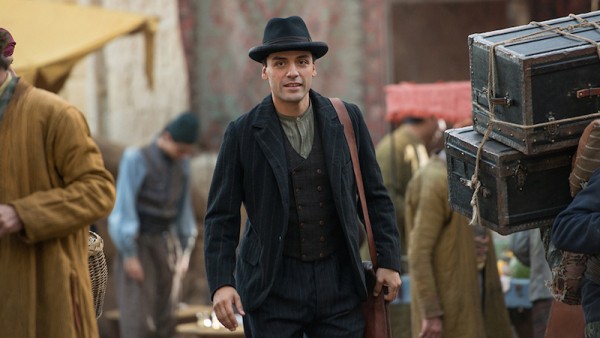 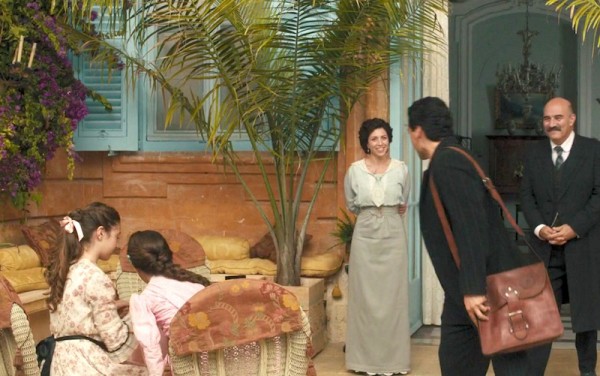 He stays with his wealthy uncle and aunt (Alicia Borrachero of Morocco: Love in Times of War), who is up-to-date in her high-waisted skirt. 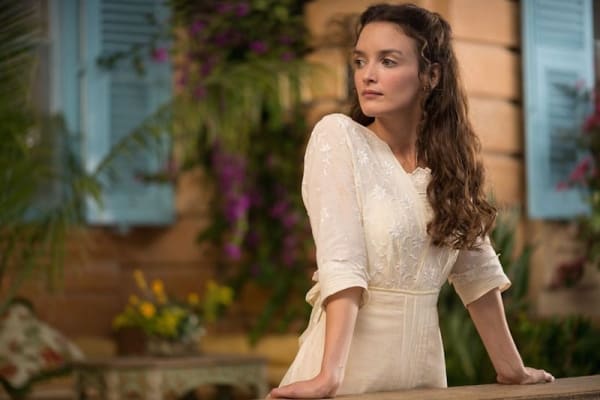 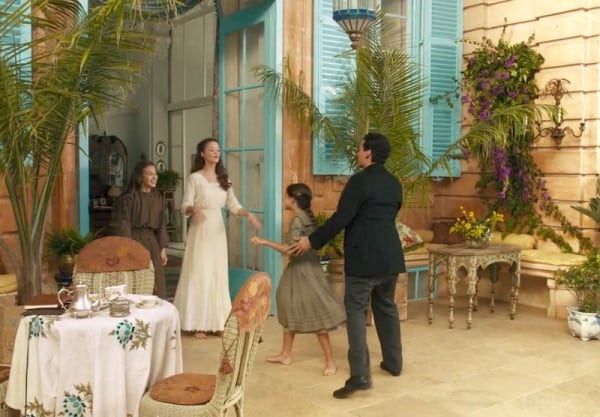 But decided to let it slide as she’s teaching modern dance and is all artsy. 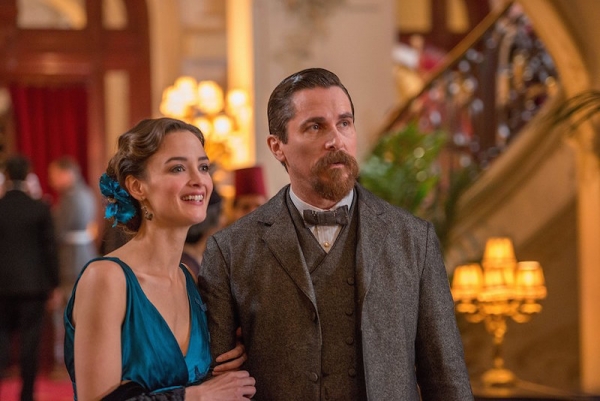 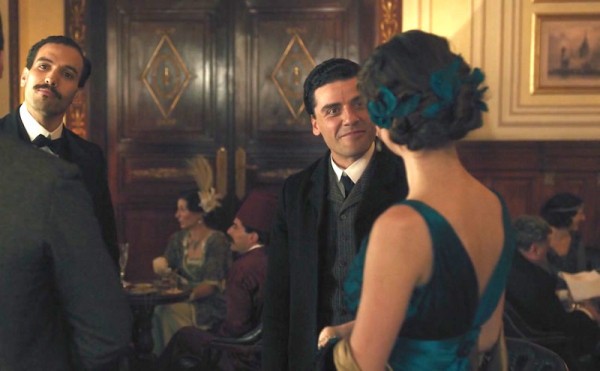 And does some belly dancing later in a cabaret with a LOT of torso flexibility, leading me to wonder what was up in terms of corsetry. 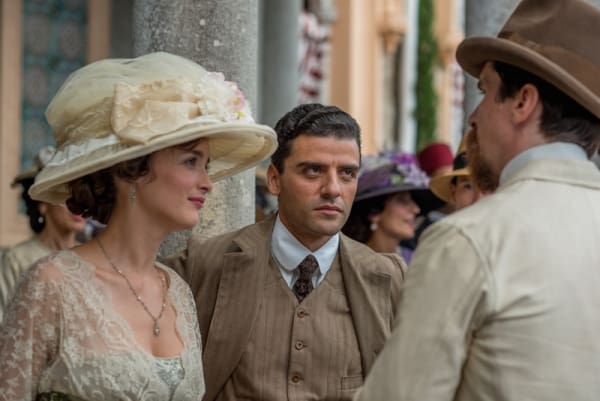 She gets a GREAT hat for an afternoon party, while Mikael is dressed in urban cosmopolitan wear. 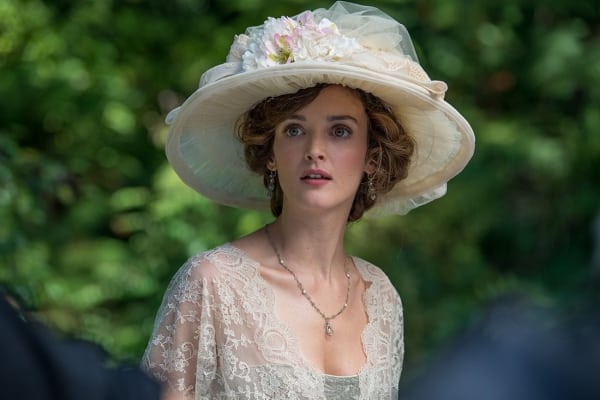 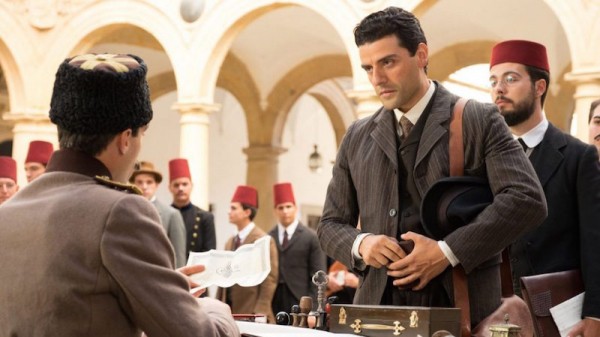 Contrast Mikael’s suit to his country wear above. 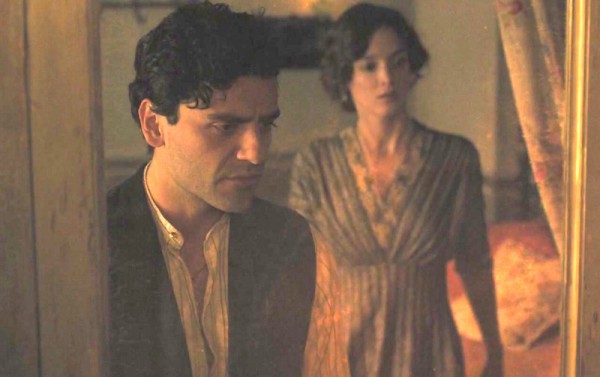 And thereby answer my corsetry question! She’s wearing a very softly boned, waist-length “bust bodice,” which would be very forward-thinking — but that suits her character. 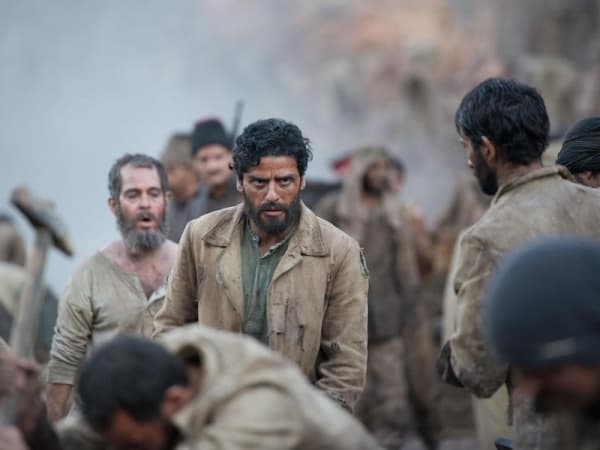 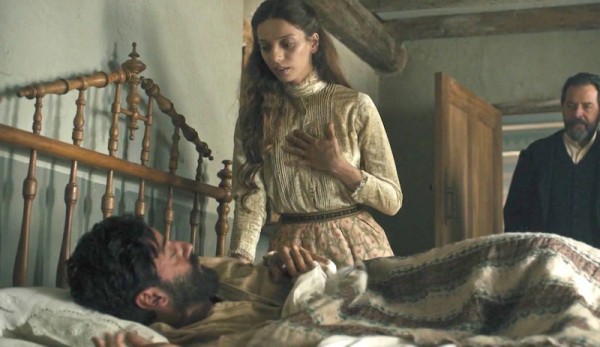 Maral dresses in Western-style clothes that are again out of date compared to Ana’s wardrobe.

And goes more traditional for her wedding dress.

Have you seen The Promise?