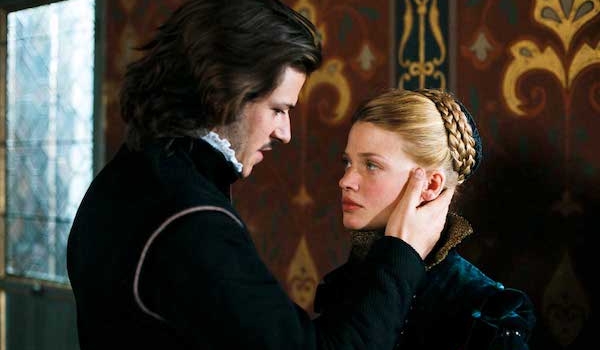 Major caveat: I watched this in French, because I couldn’t find a subtitled version.  And while I speak advanced French, I’m certainly not fluent… so I probably caught about 25% of the dialogue! That being said… the usual – good but not great? Based on a 17th c. novel, set against the backdrop of the Hugenot wars in France, this tells the story of a woman forced to marry one man when she’s in love with another. The costumes are pretty, but fall into the trap of trying to show relaxed/at home wear and so there are times you want to yell, “Put on a partlet and here’s a rubber band for your hair!” I read an interview with the director where he said he wanted to specifically avoid overly formal wear and show what people really would wear on a daily basis (sigh) — this only works if you put them into clothes that they really would have worn!