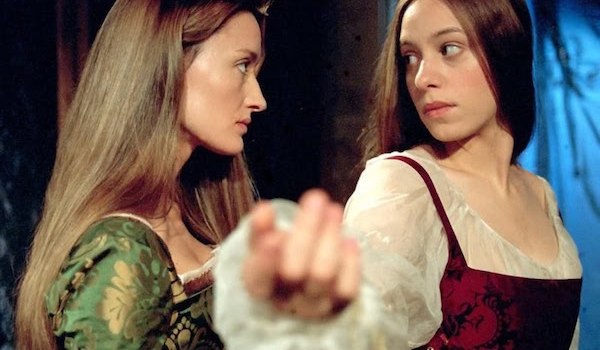 A so-so adaptation of a shlocky yet entertaining novel, this film tells the “story” of Anne and Mary Boleyn. Although she’s a great actress, I felt Natascha McElhone was miscast as Mary — she just didn’t seem like the character in the book. Jodhi May gives a compelling portrayal of Anne, although the character as written in the novel and film doesn’t quite mesh with the historical reality. The costuming wasn’t hideous, but it wasn’t accurate at all — seeing the main female characters running around with their long hair down under their hoods drove me crazy! Worth watching if you’re a completionist like me, or if you liked the book.

Edited to add: it’s funny, I recently rewatched this and while I still think I prefer Natalie Portman’s portrayal of Anne in the 2008 movie, this time I liked Natasha McElhone as Mary much better than Scarlett Johannson! Natasha just seemed to bring more intelligence and emotion to the role. So now I’d actually say, if you liked the book and/or the 2008 movie, see this one too.