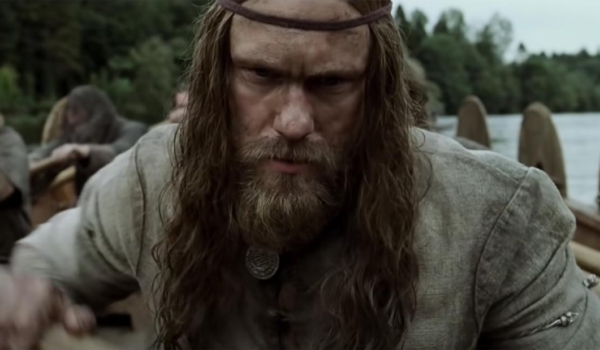 I’ve become resigned to the fact that there is no film out there based in the Viking age that is going to perfectly satisfy every so-called Viking expert on the internet, so I’m not even going to try to convince them that The Northman (2022) comes closest to accurate clothing and material culture. Someone is going to read this review and comment about the hair looking weird or the bear skin on the berserker or the fact that you can’t document every tiny detail of Björk’s costume down to its atomic components or that they just fundamentally object to Nicole Kidman being in any film whatsoever, and you know what? Die mad about it, because The Northman gets it WAY better than fucking Vikings, ffs.

When it comes to historical films, it’s all about how close you get to accuracy, because the vast majority of shows don’t even try. I’ve been doing this movie review nonsense long enough to have lowered my standards considerably, because the alternative is to increase my blood pressure medication and now that I’m in my 40s, I sort of value what little health I’ve got. I’m just pleased that the director and costume designer both had a solid, historically-based vision for this film that didn’t fall prey to the usual tropes we see in films about Vikings, like they all wear black leather pants and look like a cross between punk rockers and motorcycle gang members who haven’t bathed in two years. 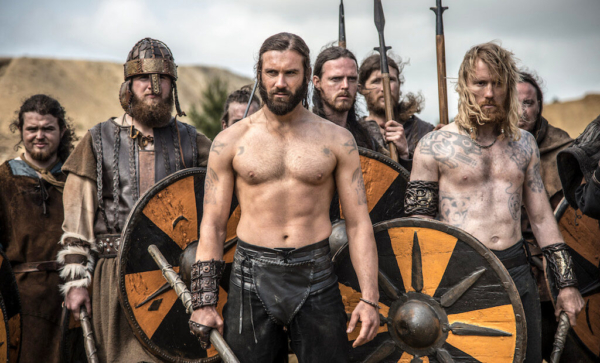 This is what Vikings (2013 -) wants us to believe they wore in the 9th century. I mean, COME ON. Leather codflaps? Really??? 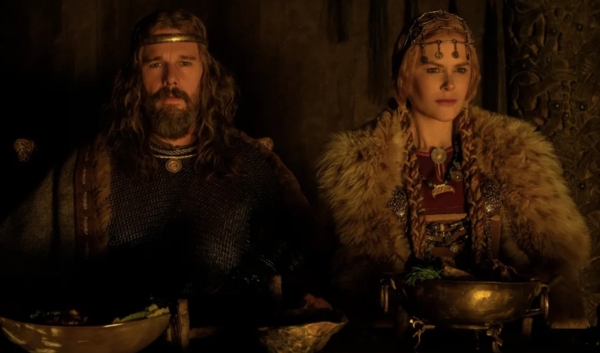 Now this is more like it. King Aurvandil (Ethan Hawke) and Queen Gudrun (Nicole Kidman) dressed for a ceremonial feast.

Robert Eggers directed and wrote this film, and that should give you a hint as to how geeky about the material culture we are all going to get. Eggers is best known for his fantastic film The Witch (2015), which has some of the most authentic early 17th-century costumes I’ve seen in a movie. He also wrote and directed The Lighthouse (2019), another exhaustingly researched period psychological thriller.

In particular, the costumes in The Northman should look familiar to any Norse reenactor, because the woman who literally wrote the book on Viking era clothing, Nille Glæsel, served as a consultant to costume designer Linda Muir on the film (Muir also designed the costumes for The Witch and The Lighthouse). Muir states:

Along with reading the sagas, I came across a book by a woman called Nille Glæsel, who is Danish but lives in Norway now. And she’s been making Viking clothing for over 20 years. She is a living archaeologist—a contemporary Viking woman. And so I had some questions about very specific designs that I wanted to include, particularly for Queen Gudrún’s costuming. And from Nille’s book, I had gleaned this idea that pleated shifts would go under all her clothing and be used as nightwear. Nille and I started up a conversation via email, and she was terrifically helpful. So I thought, Maybe I’ll ask Nille to come and join us. She doesn’t have film experience, but she certainly has Viking experience. And that was, in hindsight, a really crucial decision because she was just a font of information about these very specific construction techniques. I would look at pieces from museums or things that archaeologists had written, but then to translate that into actually constructing these pieces was a whole other task. 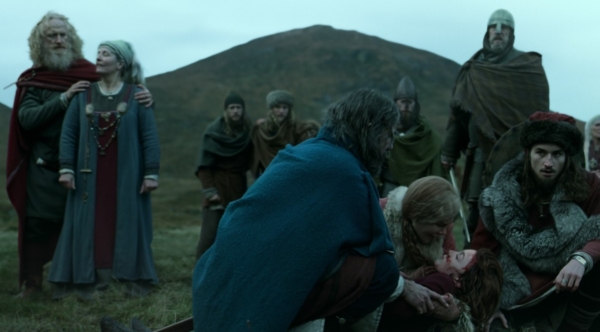 That’s Nille Glaesel in the blue to the left of the image, btw. And not a leather biker pant in sight! 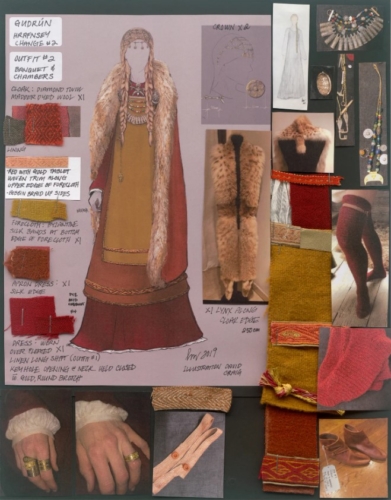 Linda Muir’s design board for Queen Gudrun (Nicole Kidman), showing the level of detail and handwoven fabric and trims that went into her costume.

Nille also has a fantastic YouTube channel where she goes into great detail about all the components of Norse clothing, from the skin out.

You can check out Nille’s Instagram or buy her book and learn how to make these costumes yourself. 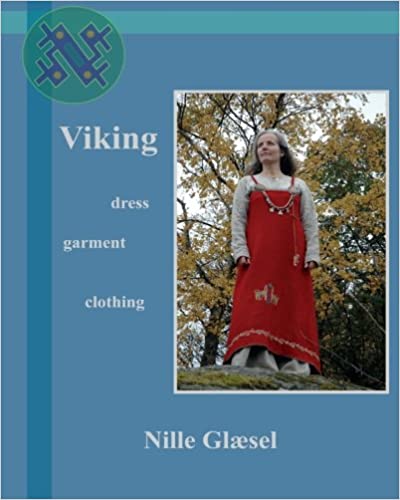 I have this book, and her other one that includes full-sized patterns, and they’re a fantastic resource for anyone interested in learning how to make Norse clothing. 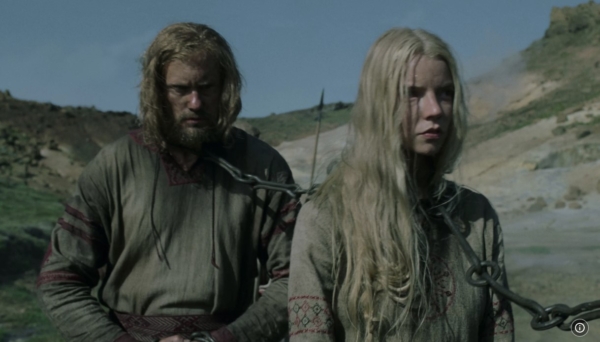 Amleth (Alexander Skarsgård) and Olga (Anya Taylor-Joy) dressed in Slavic tunics (he’s in disguise, she’s a Slav who was taken as a slave by Amleth’s raiding party). 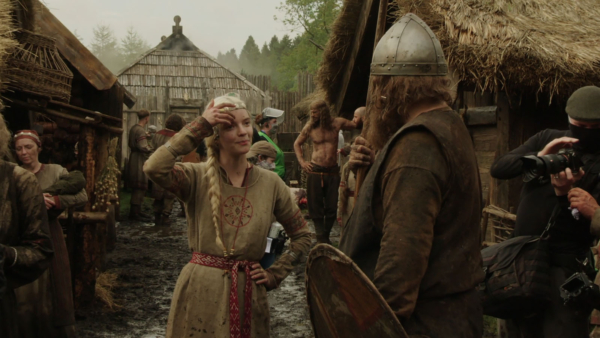 A clearer shot of Olga’s Slavic costume. Check out the Skarsgård in the background just being all… Skarsgård-y. 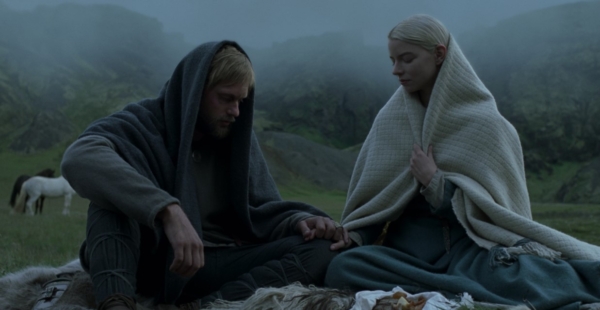 They eventually get cleaned up and have some interesting clothes. 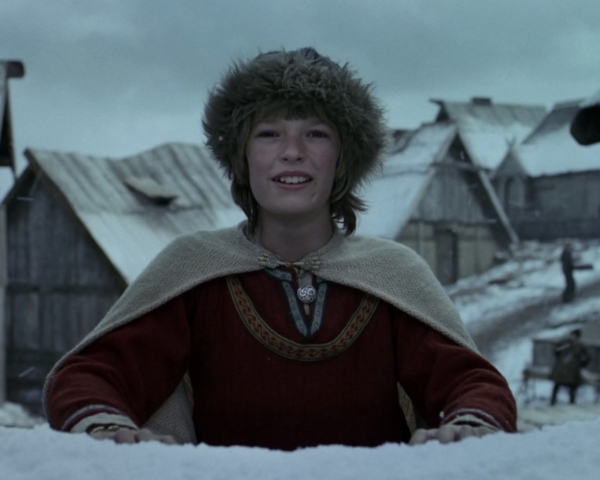 Prince Amleth as a boy, before his life goes totally to shit. Check out that lovely tablet-woven trim on his tunic! 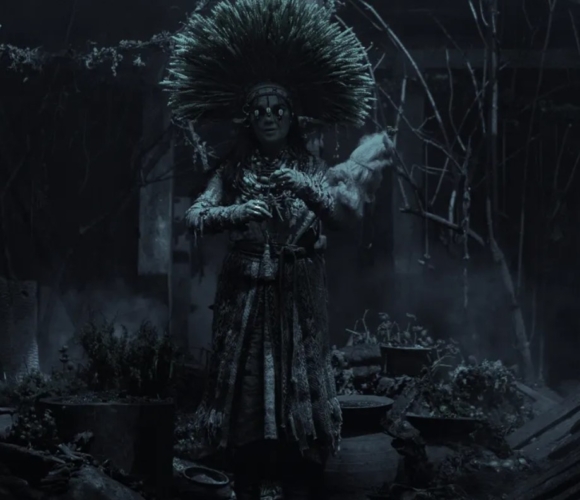 And of course, the completely stunning costume of The Seeress (Björk), which has different elements of traditional Slavic folk costume incorporated into it, but just so much EXTRA.

I know this is an era that isn’t particularly well-liked by afficionados of historical costume films, but I have to say that The Northman comes closest to anything I’ve seen in accurately depicting Norse clothing and material culture. Y’all can nitpick the details all you want, I’m just going to say that if it’s between Vikings and The Northman, there’s no contest.

Have you seen The Northman (2022)? Share your thoughts with us in the comments!