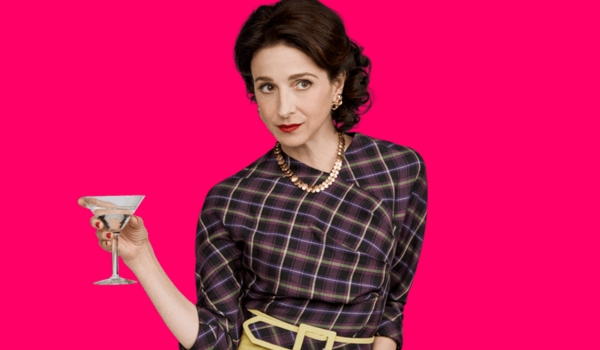 We’ve discussed the costumes on The Marvelous Mrs. Maisel (2017-) a handful of times on this blog, but we haven’t really sat down and looked at the real fashion icon in the show, Midge’s mother, Rose (played by Marin Hinkle). She’s glamorous, elegant, and always perfectly dressed for any situation. You quickly become aware that she’s been the one indelible influence on Midge’s own fashion sense. 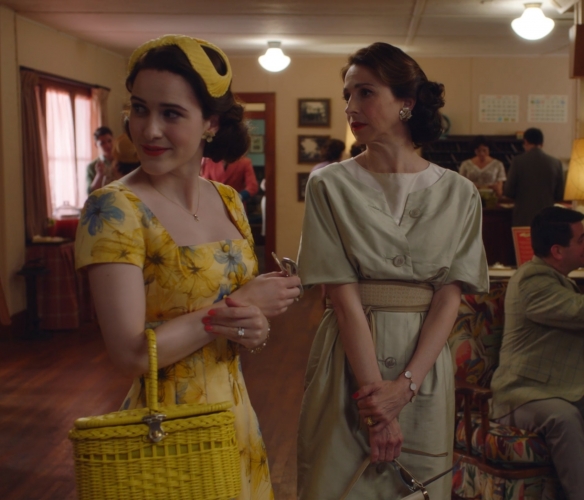 Season Two: Vacation in the Catskills. Rose’s pale green silk frock is going to be a dress we will look closer at in an upcoming post.

Over the course of the series, we learn that Rose finished her schooling in Paris and was the daughter of a wealthy oil family from Oklahoma (of all places). Her trust fund has propped up the family finances for years and allowed the Weissmans a level of refinement that they likely would not have been able to afford solely on Abe’s professor salary from Columbia. Rose may not be the wealthiest character in the show (we will get around to examining Sophie Lennon another time), but she is by far the most chic. 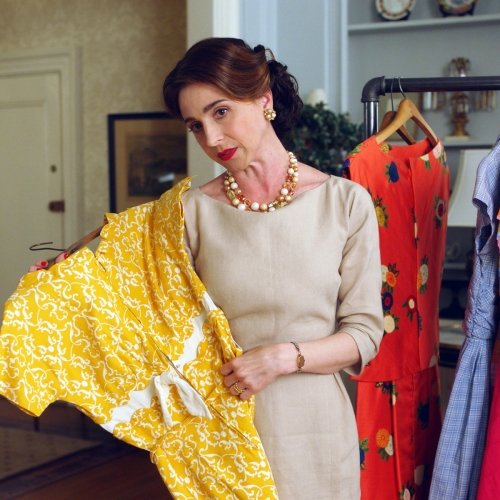 Simple and elegant, though occasionally fussy, particularly when she’s not dealing well with her daughter’s ambition to make a living doing stand-up.

“I think for Rose, we saw her in season one in her little Chanel suits and she’s very much in her comfortable world, then we see her break away in Paris, and I’ve hoped and tried to have a little bit to a remnant of that quality of her being what I call a more’ American: a little bit avant garde, like the Claire McCardell’s and designers who had a looser feeling, and a more artistic feeling about the way women’s clothing was done. In a subtle way, she never turned back. She always then became a little bit outside of that “mother in a Chanel suit.” Her character absolutely evolves. She was at her high point of carving her own path in Paris, but then coming back from Paris we had to find a way of mixing the Paris experience into Rose’s life. That was a challenge for me.” 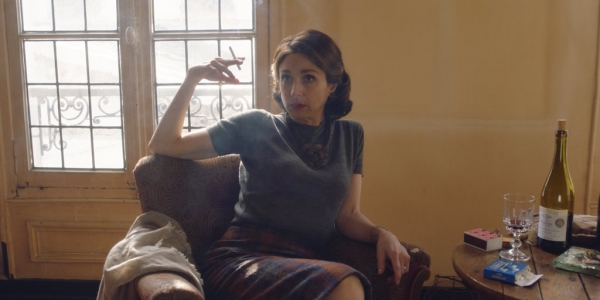 Season Two: Rose flees to Paris to try to recapture her sense of self.

The costumes designed for Rose are actually really interesting because they don’t fall into the classic trope of older women wearing outdated or frumpy fashions. Rose’s clothes are actually just a tad more fashion-forward than her daughter’s, where Rose prefers the sleek pencil skirts and figure-hugging frocks that were starting to edge out the full-skirted-and-petticoated silhouette in the late-1950s that Midge favors. I found that difference in styles between the two women interesting from the start. 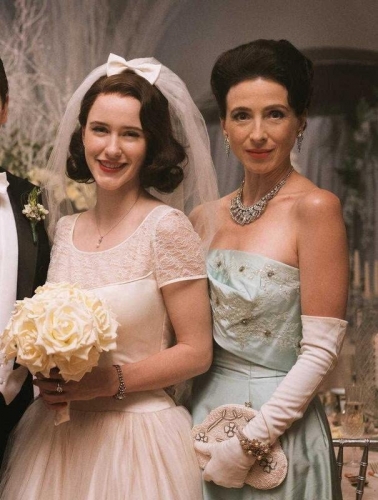 In the coming weeks, I’ll take a closer look at some of Rose Weissman’s signature outfits, so stay tuned!

Have you watched The Marvelous Mrs. Maisel?