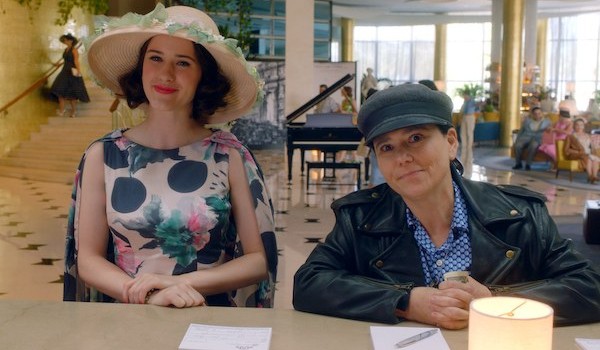 I don’t know what you did last weekend, but I sewed and binged the entire new season 3 of The Marvelous Mrs. Maisel (2019). And when the season ended, I whimpered a bit and triple checked that there weren’t more episodes and then sucked it up, because I was so happy to enjoy another couple hours in this show’s wacky universe. I like the story, I LOVE the dialogue and the characters, and I ADORE the wardrobe!

This time, we’re in 1960 and Midge is about to go on tour with crooner Shy Baldwin — the big time! Let’s take a look at some of her wardrobe’s highlights, with definite costume spoilers but hopefully no major plot spoilers.

Costume designer Donna Zakowska has done yet more press — I’m so glad she’s getting the recognition she deserves! Zakowska told Fashion Week Daily about just how much work goes into building the show’s wardrobe:

All of the principle’s clothes — 90 percent — are designed and built.  That’s at least 500 costumes. And then for the extras we use more vintage or rentals, but this season we had about 8000 extras. No one does that. Game of Thrones only had 350 extras for the battle, so this was massive (SEASON 3 OF AMAZON’S THE MARVELOUS MRS. MAISEL IS MORE EPIC THAN GAME OF THRONES). 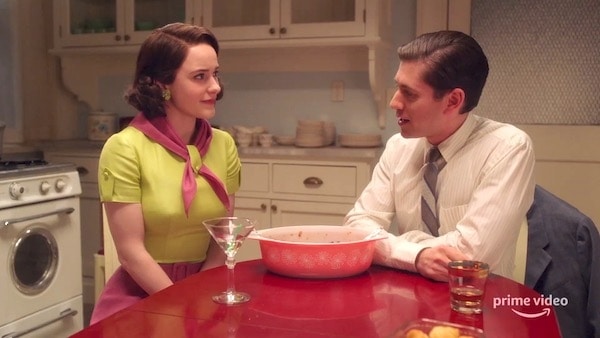 This pink and green number was so on point!

Fashion doesn’t change much between the late 1950s and 1960, so the main change this season is

a lot more theatrical reality and performance reality; we’re a little bit out of the house more and into performance. It means we’ll have a little more glitz that we did, a little bit more shine and theatricality. The color is always important, and we’ll always keep to that (The Marvelous Mrs. Maisel Season 3: Everything We Know So Far). 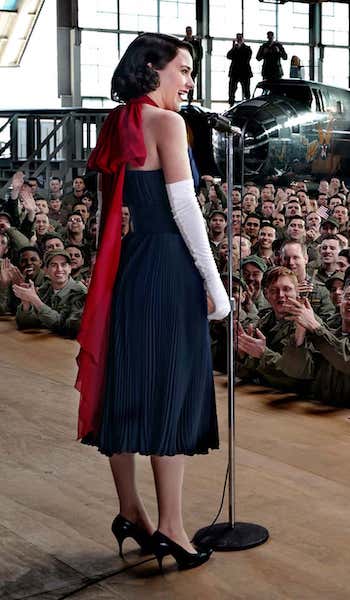 In the first episode, Midge performs at a USO show in red, white, and blue. 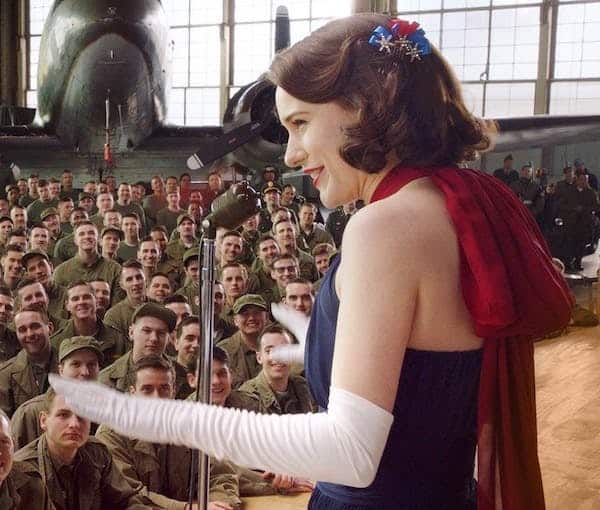 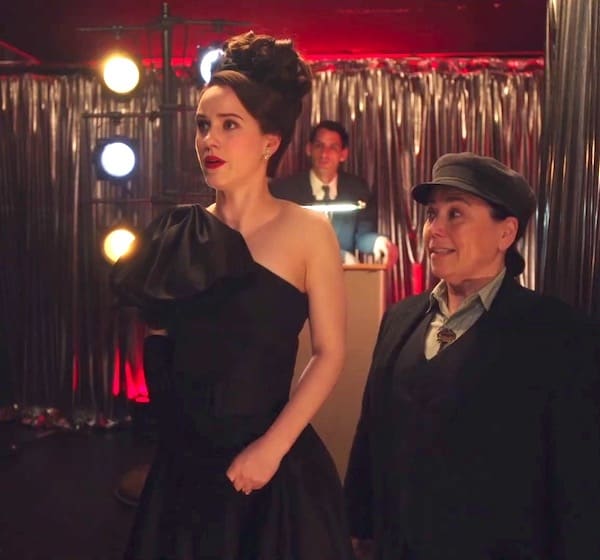 A performance outfit with a hair mis-step — but it’s part of the plot. 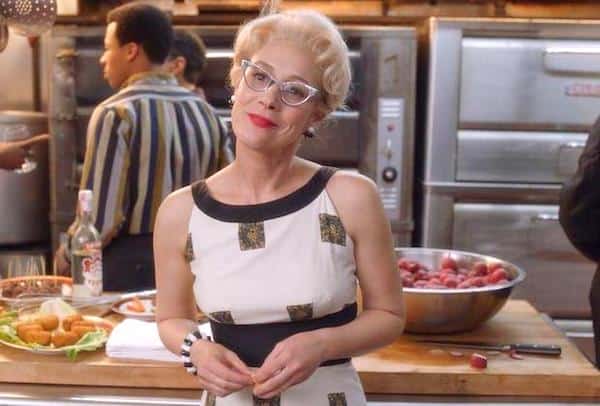 New characters include bassist Carole (Liza Weil), who teaches Midge about the road and wears a realistically hip wardrobe. 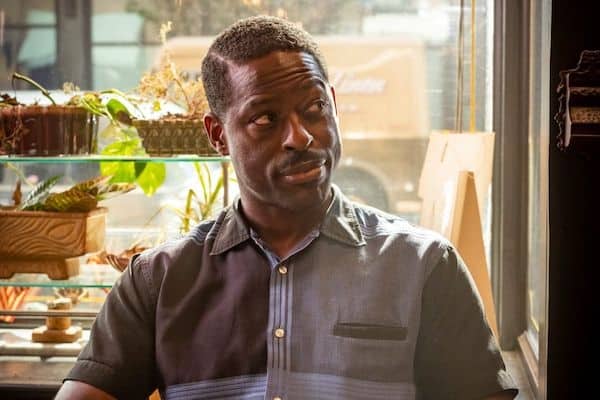 Also, Sterling K. Brown shows up as Shy’s manager, Reggie, and had me FANNING MYSELF THROUGHOUT THE ENTIRE SEASON

Zakowska does her research, drawing on both period sources and her educational background:

Vintage issues of Vogue and Harper’s Bazaar are incredible, as are photographs from the period. I was trained as a painter at the [École nationale supérieure des] Beaux-Arts in Paris, so my mind loves to wander through art, whether it’s a Renaissance-style landscape or a portrait by Francis Bacon (In Conversation with The Marvelous Mrs. Maisel’s Donna Zakowska). 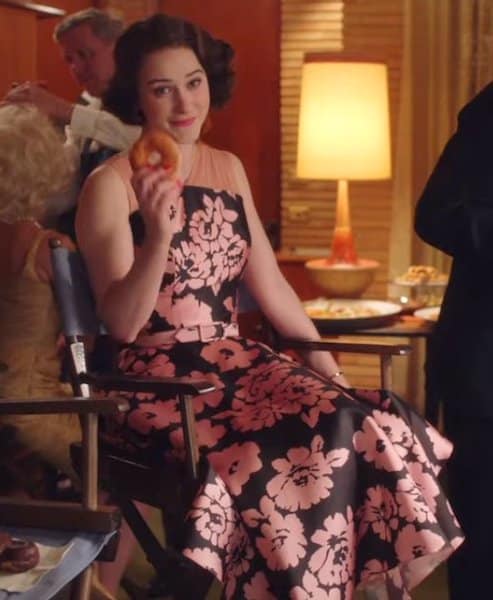 This was probably my favorite outfit of the entire season. Sadly, its best element (the sheer pink shoulder straps) are partially hidden by the donut. At first glance, the bodice just seems to float on Midge. 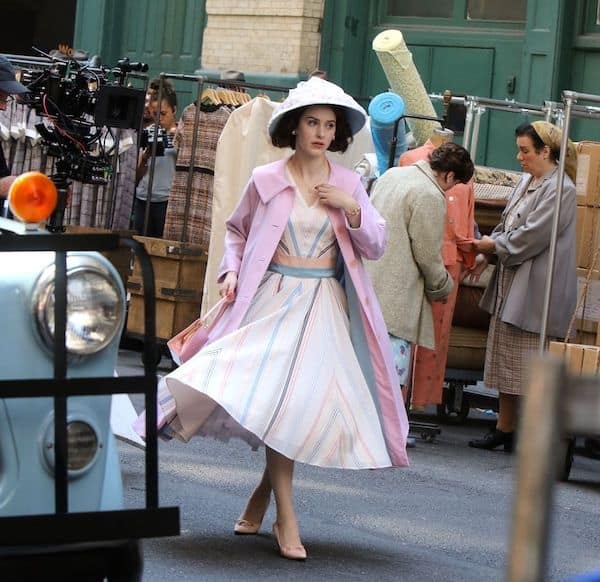 Midge is ALWAYS put together. 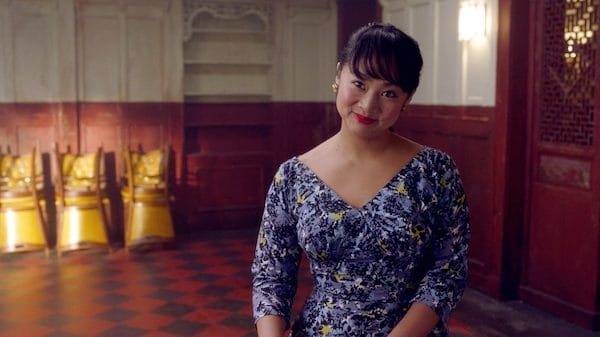 Joel makes friends with Mei, a Chinese American woman. She has a fabulous wardrobe full of cheongsams/qipaos, but also Western-style dresses.

Fittings for every episode is maybe my favorite thing that we do on show… Almost all of my clothes are custom-designed…and we have a custom milliner who makes all these beautiful hats, but Donna — just when I think she can’t get any better — just continues to reinvent her own wheel. There are so many new patterns and shapes and insane hats that get introduced this season. She’s a really beautiful storyteller and we’ve all kind of been saying that she teaches us things about our characters through how they express themselves with their clothes (Marvelous Mrs. Maisel star Rachel Brosnahan defends Midge’s parenting: ‘I have a lot to say’). 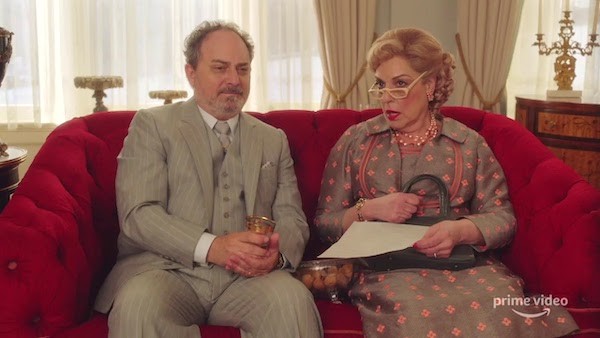 Okay, so the interplay between Midge’s parents (Abe and Rose) and Joel’s (Moishe and Shirley) had me DYING, but here I want to point out just how 1. fabulous and 2. character-appropriate Shirley’s dress is. 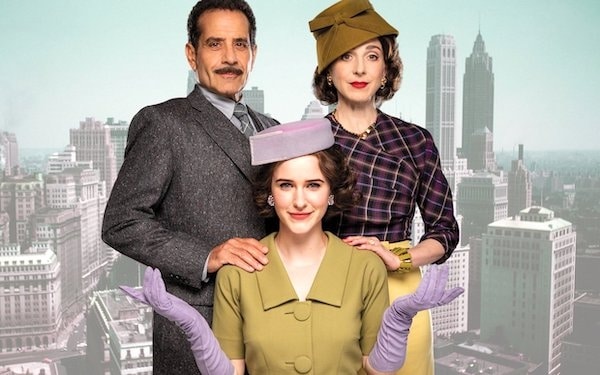 And speaking of hats, make sure you read this great article about a Long Island, New York woman whose heirs have passed on her hat collection to the show:

Obviously, [Harper] was a very fashionable woman. Hats like this, the amount of different types, are absolutely insane [to find].” For Midge, she continues, “the hats have been extremely important. It sort of completes her entire look and her presentational mood. Once Rachel said to me she really feels like Midge once she puts her hat on (‘Mrs. Maisel’s’ many hats, and the LI woman to whom they once belonged). 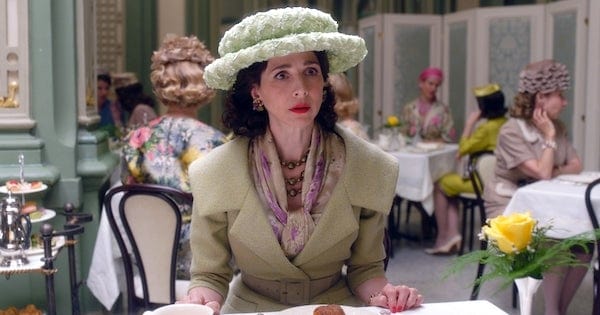 This hat was hilarious, and reminded me of those 1780s “balloon” hats! 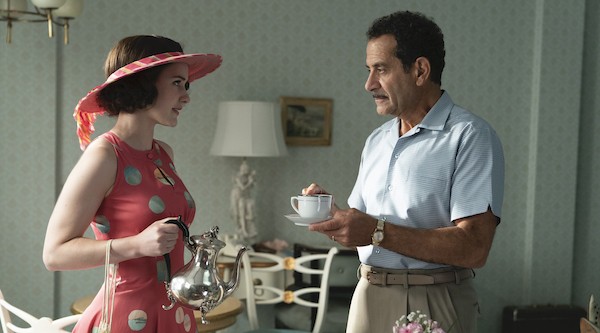 Midge is dressed for Miami summer. 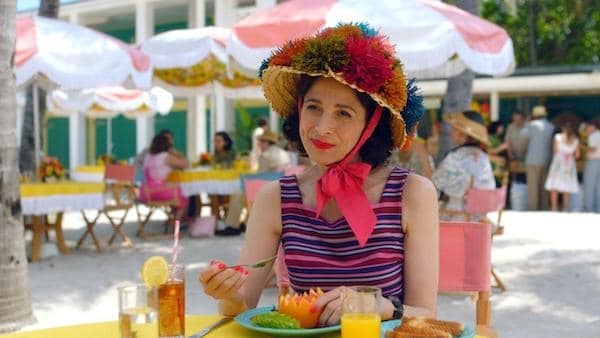 Rose is too, although not quite as well. She’s been through a lot!

What did you think of season 3 of The Marvelous Mrs. Maisel?