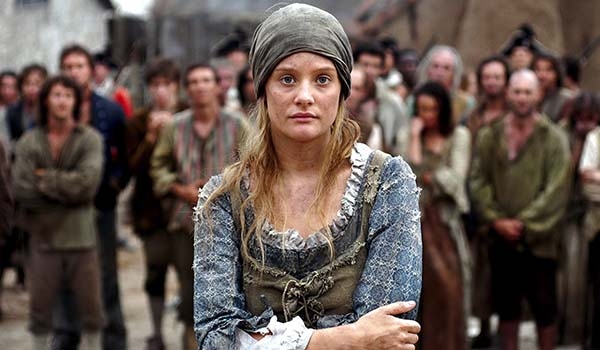 The story of Mary Bryant, one of the first group of British prisoners sent to the penal colony at Botany Bay (Australia), her life and her attempts to escape (I won’t tell you how it all shakes out!). Really entertaining, dramatic story that has obviously been beefed up but is still well done. Romola Garai as Mary spends most of the film in rags, but during one period she’s more nicely dressed and hanging out with society, and the costumes, wigs, and makeup are GREAT (altho Romola herself is in suspiciously restrained hair/makeup – keep your eye on the supporting characters/extras for more accurate costuming).