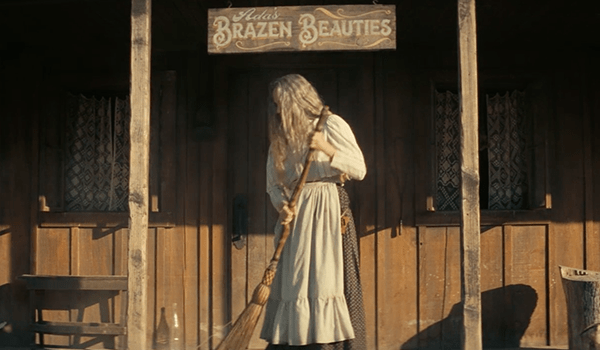 We don’t review a lot of Westerns around here — movies set in America’s Western frontier tend to have predictable storylines and somewhat (or very) mysogynistic and/or racist characters. So I was surprised to come across the short film The Good Time Girls (2017), which busts all of these stereotypes about Westerns. This 15-minute movie is directed and written by Courtney Hoffman, who is better known in Hollywood as a costume designer for films like The Hateful Eight (2015), and she’s reached a deal to expand Good Time Girls into a feature-length theatrical film, with production beginning February 2018. 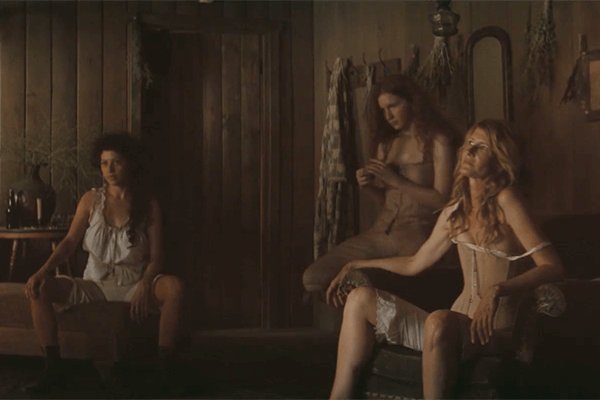 For a short film, this packs a lot of punch. The dialog is bitting and even funny at times, and it doesn’t hurt that Laura Dern delivers about 90% of it. The cinematography plays with tropes from Wild West movies, subtly twisting the look and feel to hint that something different is happening. And the acting from the diverse cast and the quirky plot are just fantastic. 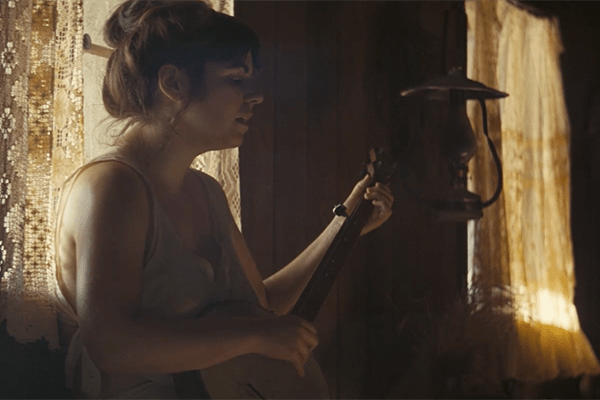 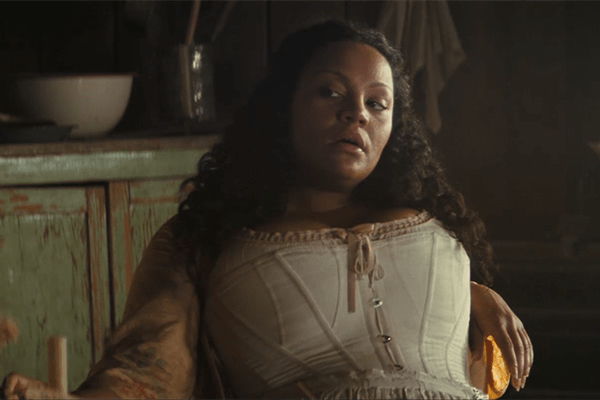 Even the costumes are good for a Western! Which is why I’m giving it a write-up. The costumes in most Westerns are either boring (so many cowboy hats) or wrong-headed cliches like off-the-shoulder blouses and frilly calico everything. Well, this may be a short film with presumably a small budget, but Hoffman’s background as a costume designer shows through. She gave the job here to her assistant on several films, Anastasia Magoutas, who did a fine job outfitting the women in appropriate corsets, chemises, petticoats, and bloomers (even some historically accurate split-crotch drawers are in evidence). Appropriate shoes and stockings for the vaguely 19th-century period are seen too, all covered with a layer of dust. And yeah, many of the women have their hair down — they’re prostitutes out in the middle of nowhere, so I don’t expect a lot of hairpins. 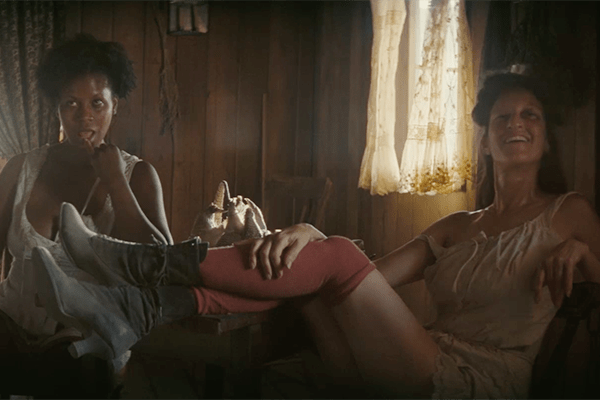 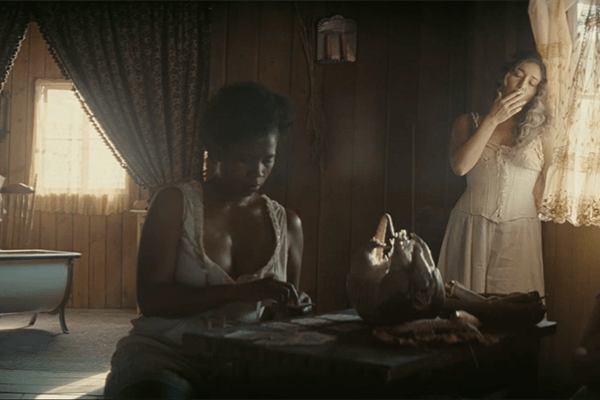 Watch for yourself — the film would probably be R-rated for graphic content and language, since it’s set in a whorehouse and gets violent.

What do you think of The Good Time Girls?