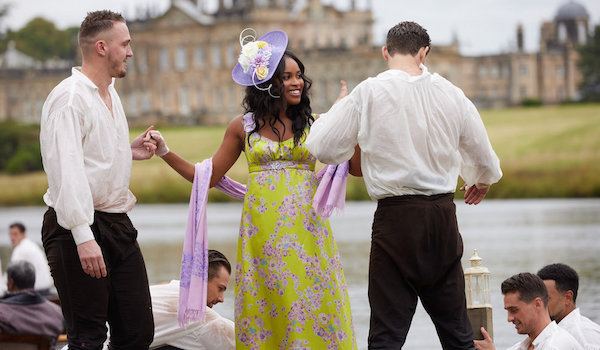 The Courtship (2022) — optimistically listed on the NBC website as “season one” — is a new Bridgerton-themed dating reality show. I thought it could be funny to review, since ya know, bad Regency costumes, and let’s just say I have some thoughts on modern dating! I’m not sure that it is all that funny, but here we are!

The show isn’t literally referencing Bridgerton‘s name, but the costumes are super influenced by the show’s designs, and the series is filmed at Castle Howard in York, which stood in for the Duke of Hastings’ home in the series (it also featured in both versions of Brideshead Revisited, The Buccaneers, and more). One woman (Seattle-based Ms. Rémy) tries to choose from numerous suitors with the help of her parents, sister, and best friend; it all takes place in faux-Regency costume and with faux-Regency etiquette.

Now, old-timers like me probably remember Regency House Party, a similar attempt from the 1990s, which was slightly different in that there were equal-ish numbers of men and women. This show is more like The Bachelor, and therein lies the number one problem with dating reality shows — there’s a presumption that not only are all the men immediately into the woman (or vice versa) without ever having met her, but also that winning a dating reality show is a good way to find someone to marry?? I’m not one for these kind of shows, because the premise is so stupid (although I did watch euphemistically-named FBoy Island [i.e. fuckboy], which was hilarious; highly recommended, 10 out of 10 stars). Beyond that, the same problem occurs on The Courtship as on Regency House Party. You can’t get modern people to truly follow Regency (or other period) etiquette, because the consequences aren’t the same. For example, on the first night, Ms. Rémy has a one-on-one “date” with one guy. The two sit outside on their own to watch fireworks, which in and of itself would mean if this were the Regency period, they better be getting married asap or she’s completely ruined. Even better, they kiss, which basically makes her a fallen woman. 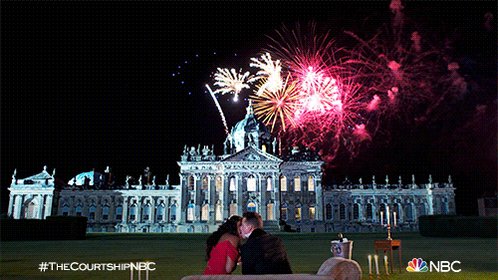 The idea of the show is that it’s supposed to be an antidote to modern dating, which yeah, is awful: 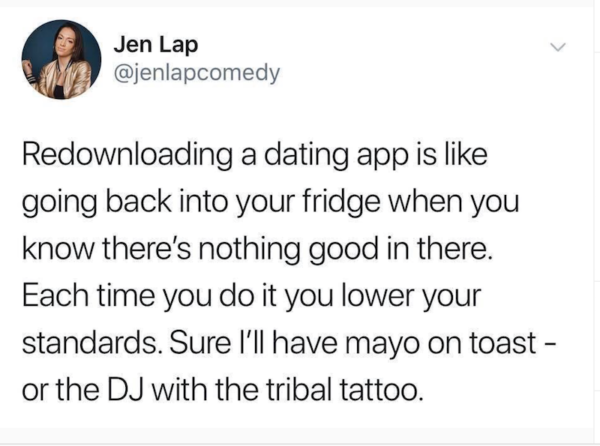 I guess the one difference from most dating shows is that the lead has her family there to help her choose; her parents, sister, and BFF get to choose who goes on dates with her, and there’s time for the guys to impress them. I particularly like Ms. Rémy’s parents, who are totally into the spirit of things, and clearly want what’s best for their daughter. 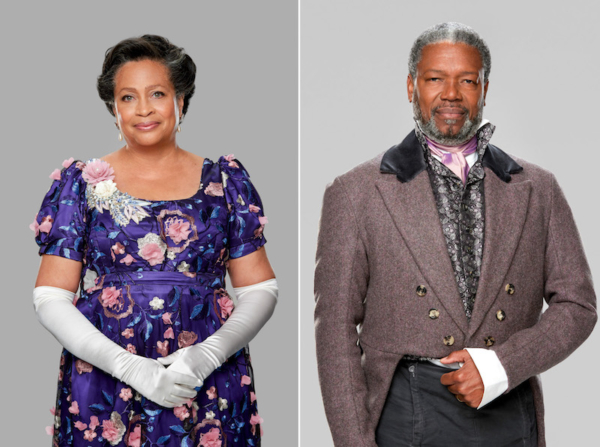 Mom is a doctor, dad does something; both clearly think their daughter is the best.

I will say the “Regency” setting makes for some hilarity, the best of which is: at the end of each episode, Ms. Rémy chooses several guys to dance with, during which they have to talk and she has to decide who to eliminate. They actually do real period Regency dances, and watching the guys clearly sweat over their dance steps while also trying to Rico Suave their way into staying is pretty hilarious. 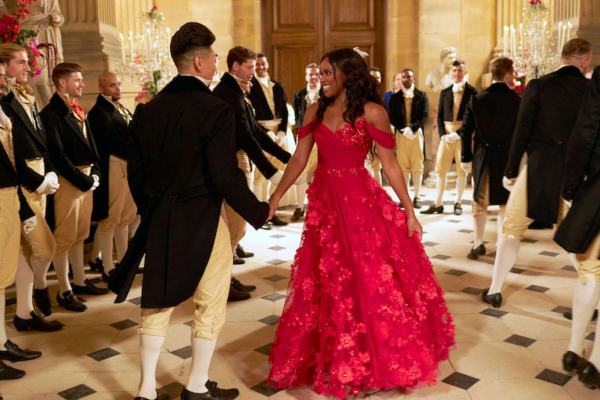 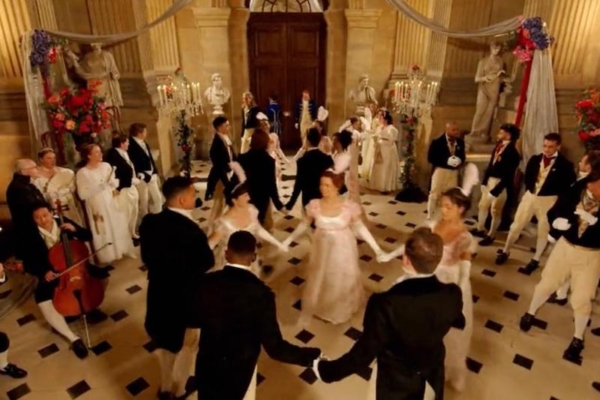 I wonder which British Regency dance society filled out this scene?

Although she selects these guys with a “dance card” that looks much more like an art nouveau advertising fan: 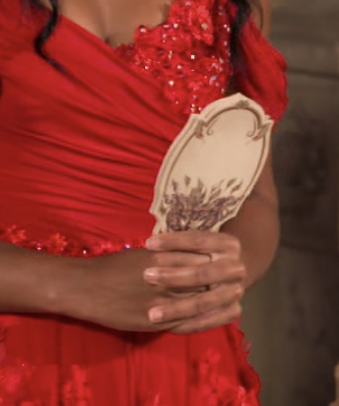 The “dates” are things like boating and tea parties: 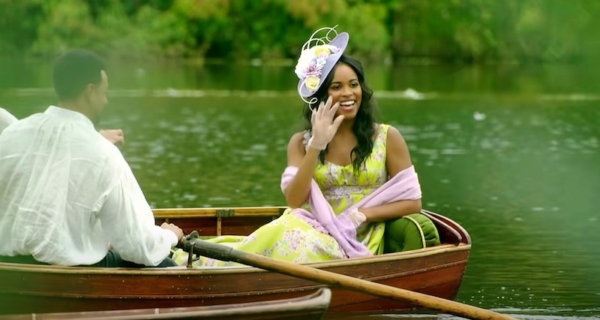 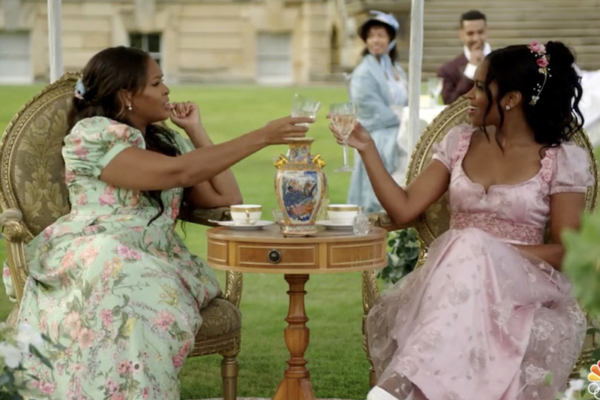 The costumes for the women are a mix of Bridgerton-esque AliExpress crazy-colored florals and David’s Bridal prom dresses: 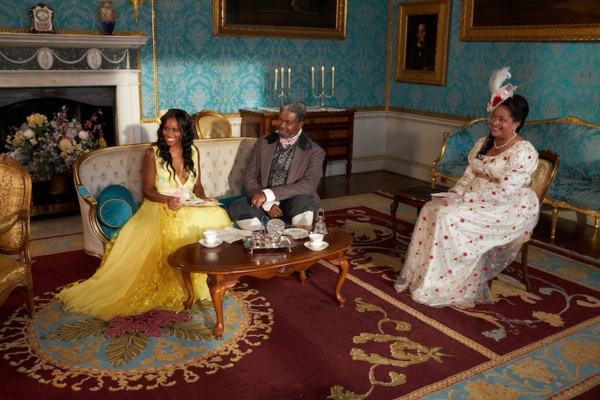 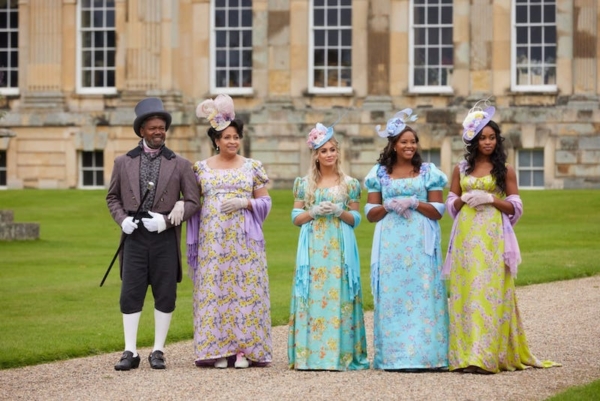 There’s a LOT of Easter egg colors and floral embroideries. 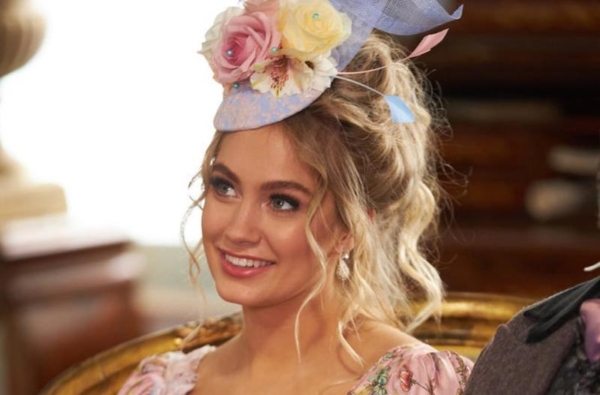 The hats are dire, but not as dire as on Bridgerton. They’re more Ascot-y.

Some of the guys pull off their faux-Regency suits, while others look supremely uncomfortable: 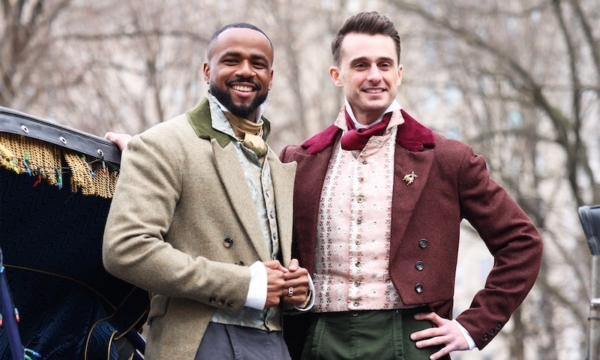 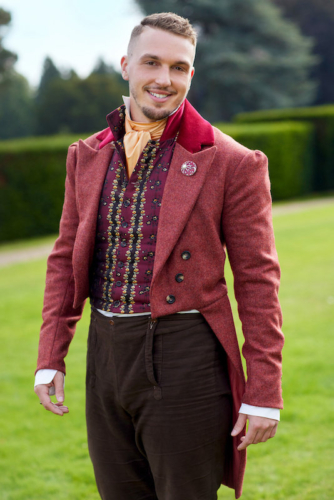 And the guys all appear to be wearing fall-front Dockers: 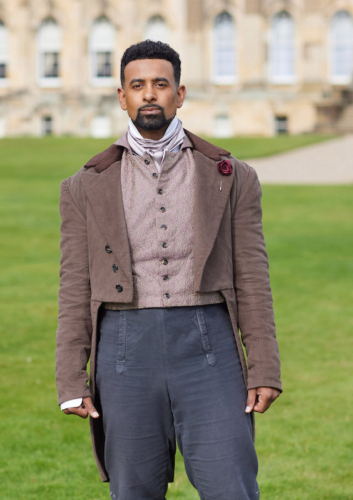 This guy. Constantly sings. In that warble-y R&B way. It’s not good. 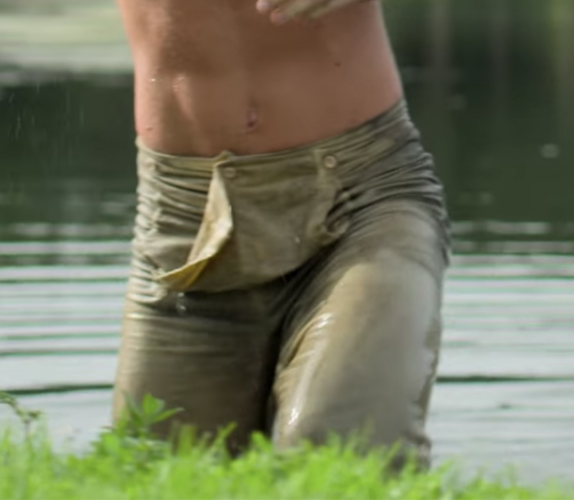 I’m unimpressed with this guy, who’s very Fabio-esque, but here’s a closeup of some wet fall-front pants for you to squint at.

The funniest thing to me is all the men are wearing brooches on their lapel that look like something you buy your mother-in-law from Nordstrom Rack: 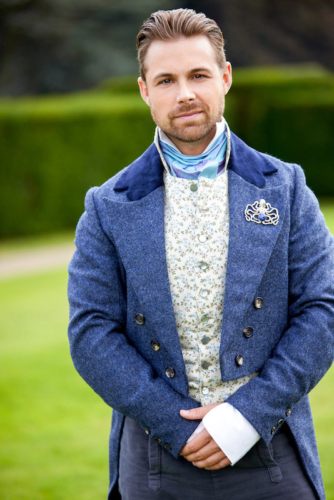 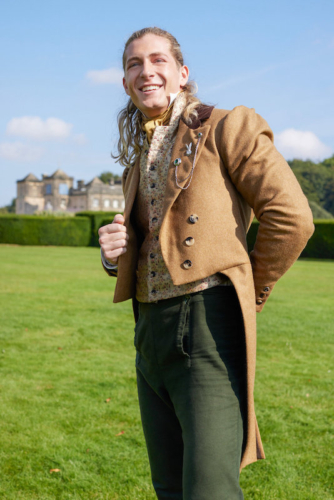 Low-rent Fabio gets what looks to me like a Playboy Bunny plus a sweater chain.

And, of course, there’s a range of varying levels of douchey guys to mock: 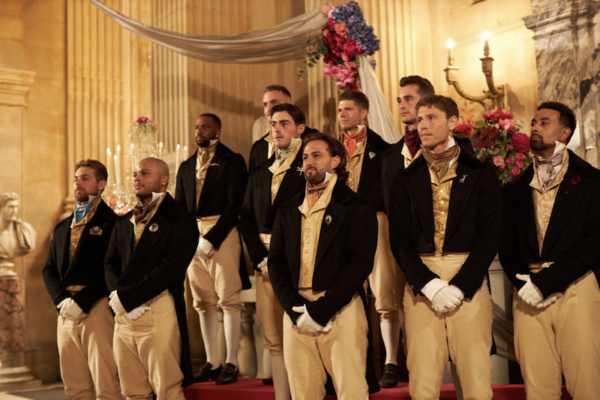 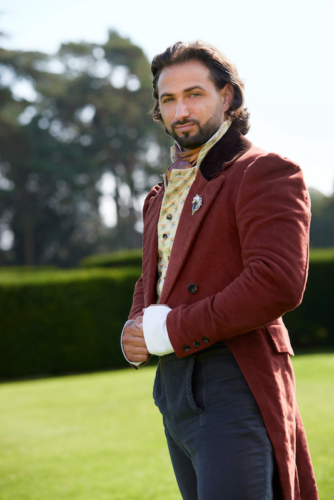 This guy is named Giuseppe Castronovo, but everyone calls him Mr. Casanova. 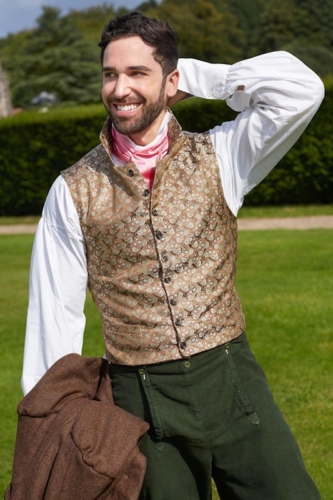 This anesthesiologist makes a stupid doctor joke with an apple and never recovers his cred. 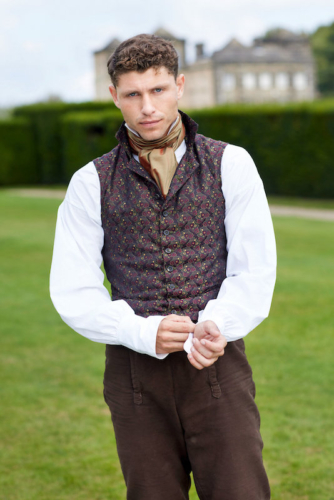 This guy lives in a VAN in Tennessee, which, how is that going to work? 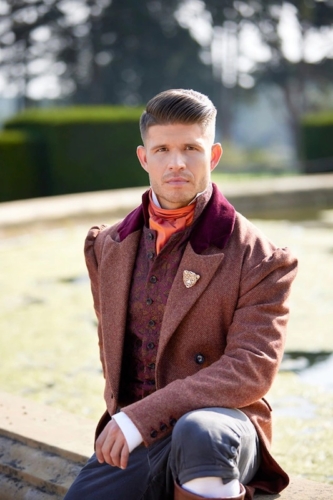 I think we’re all team Mr. Hunter, who seems like the only one mature enough to not be in a skeleton suit.

So, if you’re jonesing for some faux-Bridgerton costumes and/or you like The Bachelor/ette, go watch The Courtship. Otherwise, you’re good.

Are you watching The Courtship? What do you think?