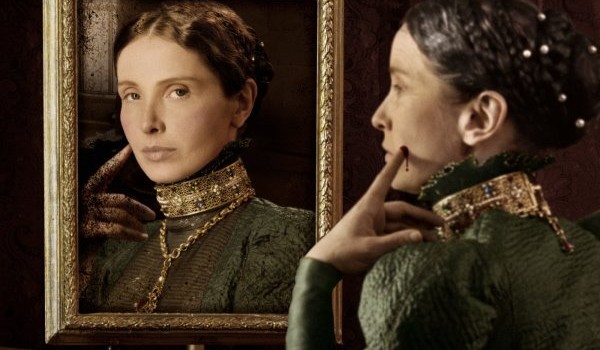 Looking for something different on Halloween? How about “The Countess” from 2009, written, directed, and starring Julie Delpy. It’s a psychological take on the life of Countess Erzsébet Báthory, who was convicted (perhaps unjustly) of torturing and killing dozens of young girls. Later stories added to the tale and said the countess bathed in her victims’ blood to preserve her youth or beauty, and this movie gives a plausible meaning to that legend without resorting to magic or fantasy.

Delpy stated that the film is “focusing on the psychology of human beings when they’re given power” and she wanted to explore how women use power and how men react to women’s expressions of power. Báthory expresses “the condition of women” for Delpy, and her “idea was to create a character who has the maximum multidimensional possibility, and to not make her good or bad or victim or master.” The writer/director/star also admits that the countess is “obsessed with youth,” and I think that this, combined with her portrayal as a strong, independent woman makes for an amazing reflection on modern society. Today, we have figures like Hillary Rodham Clinton who are powerful, intelligent, and amazingly accomplished, but the media will rip them apart for their appearance and for not looking young, fresh, and perfectly made up. But a man of a similar age, with similar experience and accomplishments rarely if ever gets knocked for wrinkles, grey hair, or looking “tired.”

So yeah, all this subtle feminism, and some pretty amazing costumes too! Báthory lived from 1560 to 1614 in upper Hungary, now Slovakia, and the costuming is fairly accurate to that period and place. Not perfect, but very richly evocative and finely crafted. Báthory’s gowns are dark and sumptuous, appropriate to a wealthy widow, and her accessories are typical of the Germanic, Eastern European fashions of the day (while I’m not an expert, I  suspect the film is a little mixy-matchy about the influences here — I do know that these styles could be very specific and regional, plus they could differ from young, unmarried women to older, married women; still, props for getting a good-looking impression!).

While there aren’t too many men in the movie, they have classic late 16th-century costumes, a bit more of a generic English style and not as distinctive. But also in materials that are appropriate to each character.

The peasantry really gets some love, costume-wise at least. Tons of amazing embroidery is shown on their smocks and shirts. Before, y’know, the blood letting. 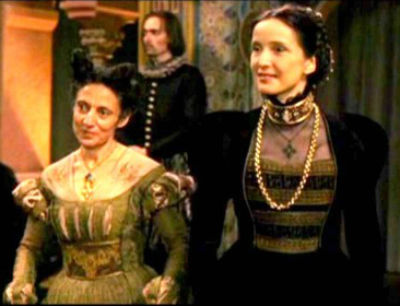 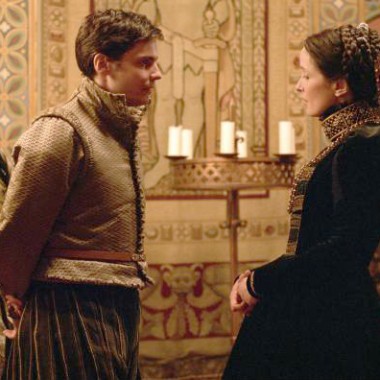 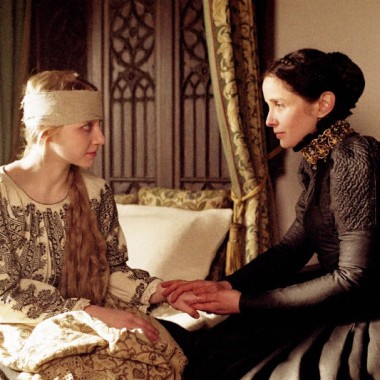 getting blood from peasants 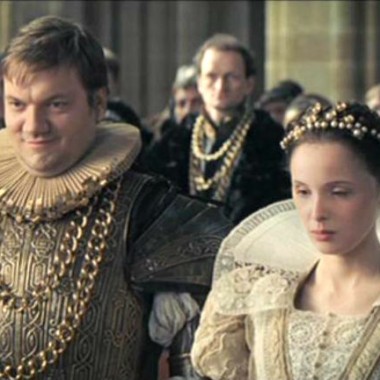 Don’t have the DVD or Netflix? Watch the whole movie, in 10 parts, here on YouTube. Happy Halloween!