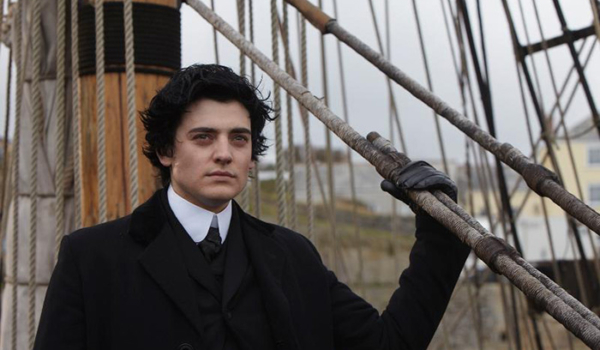 Let me just get this out of the way — The Adventurer: The Curse of the Midas Box (2013) is a terrible movie with some excellent acting talent and surprisingly good costumes. Featuring Sam Niell, Michael Sheen, Aneurin Barnard, Ioann Gruffud, Keeley Hawes, and Lena Headey, you’d think that with all that combined talent they could overcome an extremely mediocre script, but you’d be wrong. Based on the novel Mariah Mundi by G. P. Taylor, this film had all the ambitions of being the next big young adult franchise, but none of the finesse required to pull that off. It’s just … bad. Like, I almost wish the costumes had been equally as bad as the script, because then I could feel justified in snarking it, but the problem is that the costumes, designed by Annie Hardinge (who designed costumes for some of my favorite British shows like Blackadder the Third, Spaced, Black Books, and The Mighty Boosh and films like Shaun of the Dead and Hot Fuzz) are legitimately quite good.

The film is set in 1885, and the costumes stick pretty faithfully to that year, though there are fantastical elements to many of them that reinforces a “steampunk-without-being-steampunk” vibe. The two adult female characters, Mrs. Mundi and Monica, have vibrant and rich color schemes to their respective outfits. Mrs. Mundi is only briefly in the film, so Monica (played by Headey) gets the lion’s share of fabulous wardrobe changes. That said, because Amazon has clamped down on the ability to screencap their streaming content, I can’t really show much here beyond what little I could find on the internet. 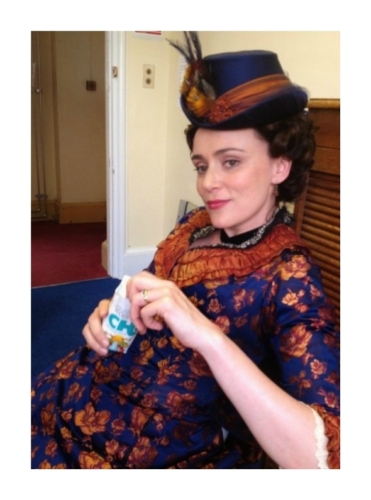 The one good image I could find online of Keeley Hawes as Mrs. Mundi in her fabulous blue and orange floral frock. 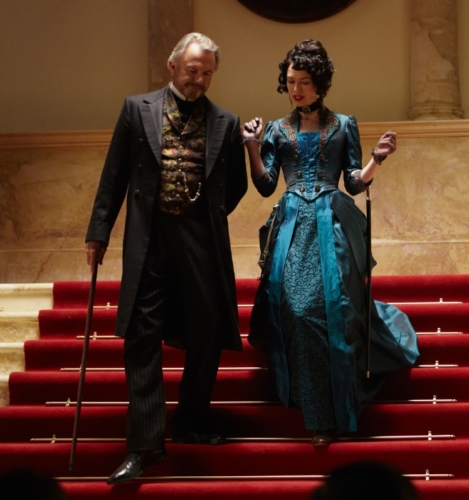 Lena Headey as Monica, alongside Luger (played by Sam Niell). Monica has the most fabulous wardrobe with at least four costume changes, but this single image is the only one I’ve been able to find online. The travesty of that is almost enough to make me want to buy the DVD of this terrible movie just to screencap the other costumes she wears.

The men’s costumes are all well-done and beautifully tailored, but there’s not a whole lot to say about them aside from that (Victorian suits, whaddya want?). 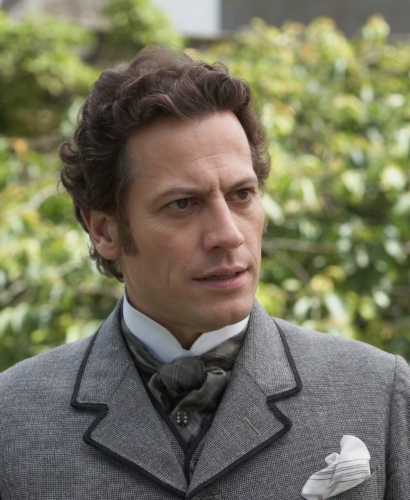 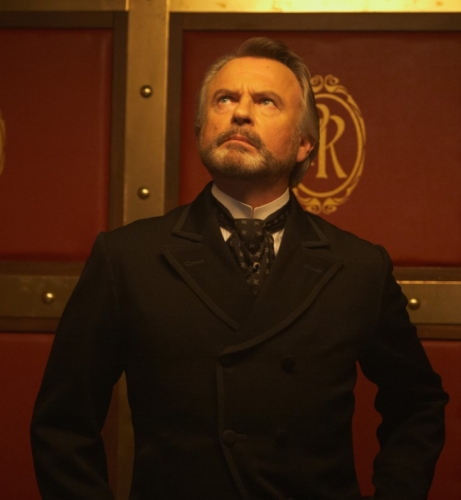 Luger has a nice double-breasted jacket in this scene, preferring dark colors because he’s a bad guy.

Michael Sheen as Captain Will Charity has a number of costume changes, and remains the best part about this film. 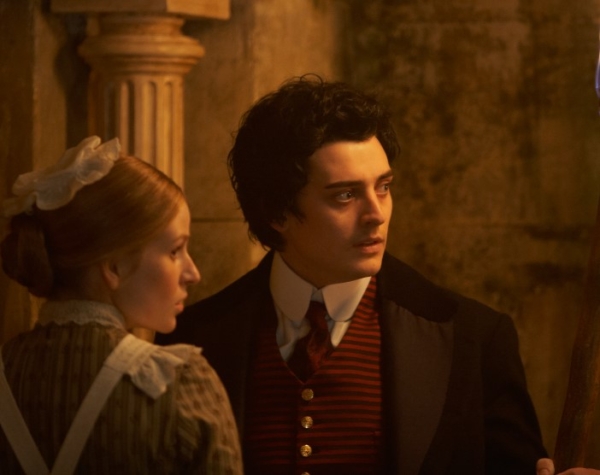 Aneurin Barnard plays the hero, Mariah Mundi, who spends the bulk of the film undercover as a porter in a hotel, trying to uncover what happened to his little brother with the help of Sasha (Mella Carron), a seamstress employed at the hotel.

Other than the annoying lack of good images of the costumes on the internet, I’m not sure it’s worth watching this film more than once. Or just fast forward to the parts where Lena Headey shows up in something amazing. Otherwise, you can feel free to skip it and you won’t have missed much.

Edit: Ok, I tried to let the fact go that there aren’t good images online of all the objectively excellent costumes in this flick, I just couldn’t do it. So, I’ve gone ahead and purchased the Blu-Ray and will report back at some future date with screencaps of every freaking costume worn by Lena Headey, so help me Baby Jesus. Don’t say I never suffered for your benefit.

Did you see The Adventurer: The Curse of the Midas Box? What did you think?