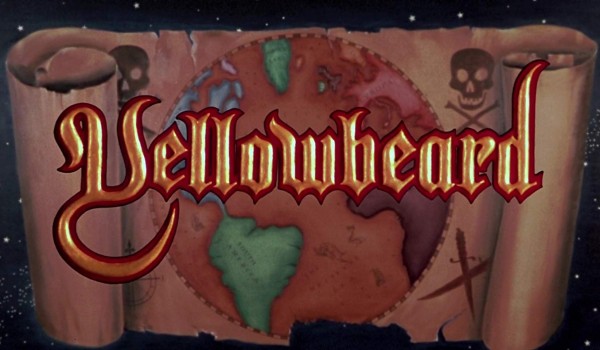 This is one of those films that I watched so much as a kid that there is a screen-burn of it imprinted on my eyeballs. And Yellowbeard (1983) is also one of those films that in retrospect had REALLY decent costumes considering it was spoofing every pirate flick ever made with an ensemble cast that was entirely comprised of the most famous comedians and comic actors of the 1970s and 1980s. Seriously, the IMDB page reads like a who’s who of late-20th-century British and American comedy.

In short, there’s no legitimate reason why the costumes in Yellowbeard should be as good as they are, other than they were designed by Stephen Miles, who has worked on some of the best historical flicks in the last three decades. Yellowbeard appears to be his only head costume designer credit, however he’s worked on many Frock Flick favorites such as Henry V, Much Ado About Nothing, The Madness of King George, and Cranford mainly as assistant designer and other assistant and supervisory roles. I find that interesting, because based on his body of work, he’s got the chops to be main designer. Maybe he just likes the background work better? Whatever the case, Yellowbeard is a solid example of how costume can work in a historical flick without resorting to dumbing it down for laffs. 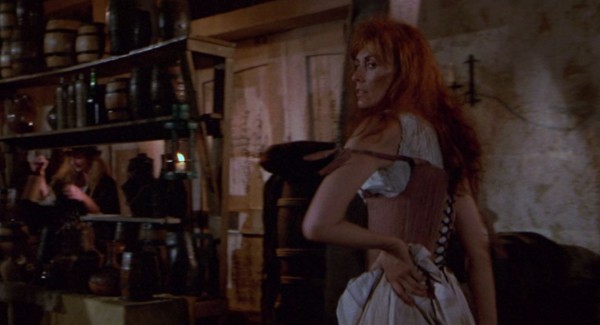 I consider this the mark of a good frock flick: the whore is actually wearing all the appropriate layers under her stays. My bar isn’t very high, obviously.

Honestly, straight-up serious dramas do enough dumbing down of costuming for the entire genre of historical flicks. You’d think there would be a higher standard all around for historical dramas, but then again, if there were, we wouldn’t have this website. So, on that note… 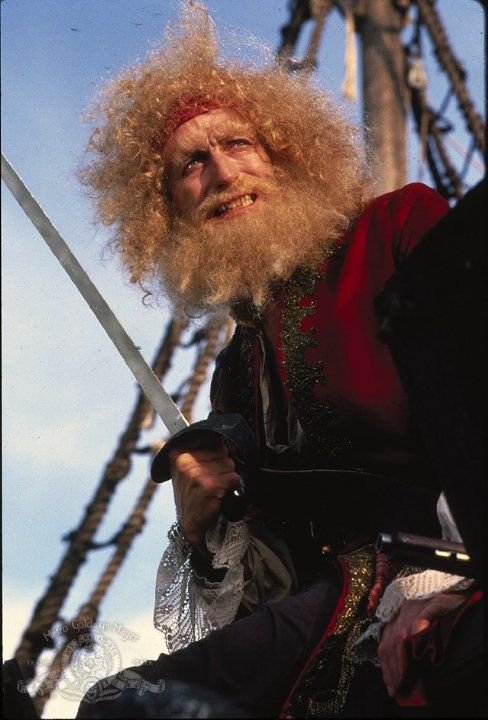 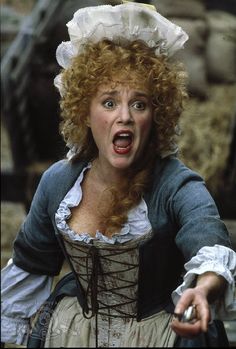 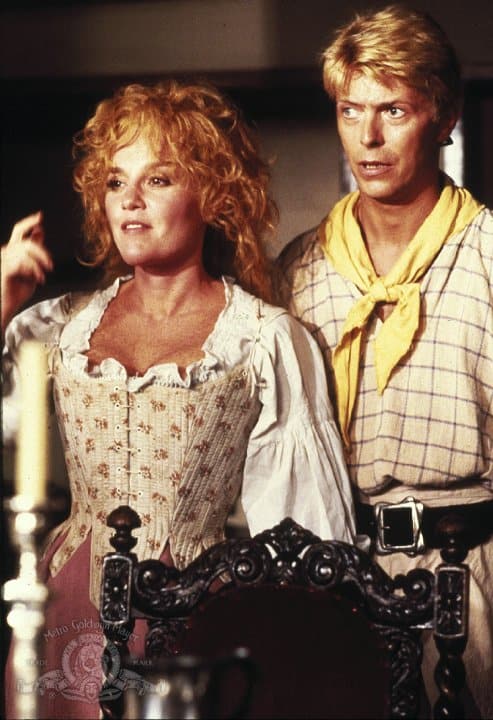 A better shot of those stays. 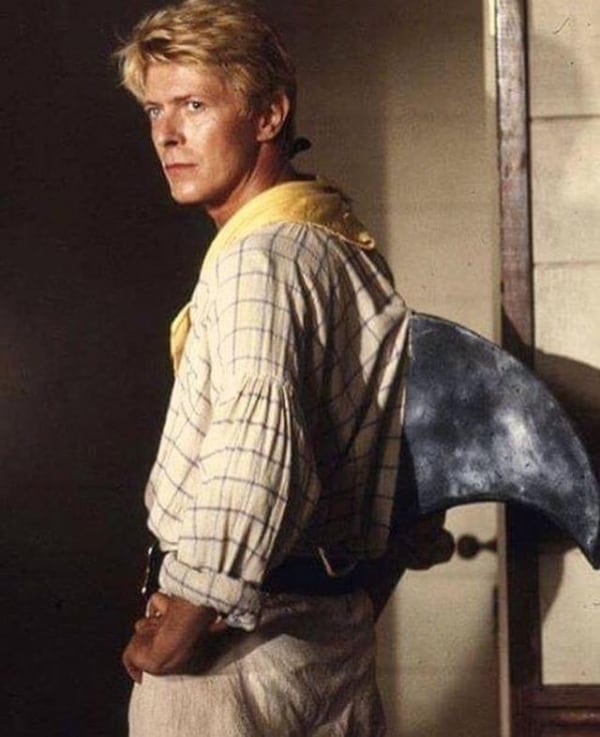 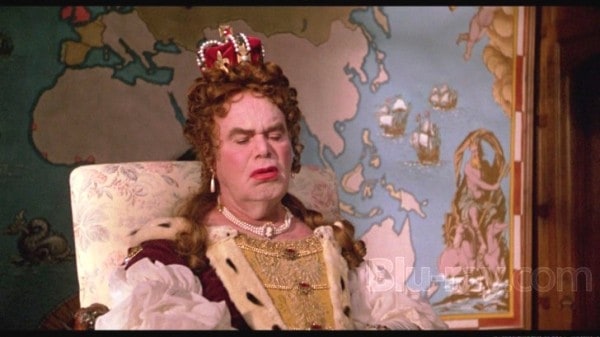 Peter Bull in his last role, as Queen Anne. 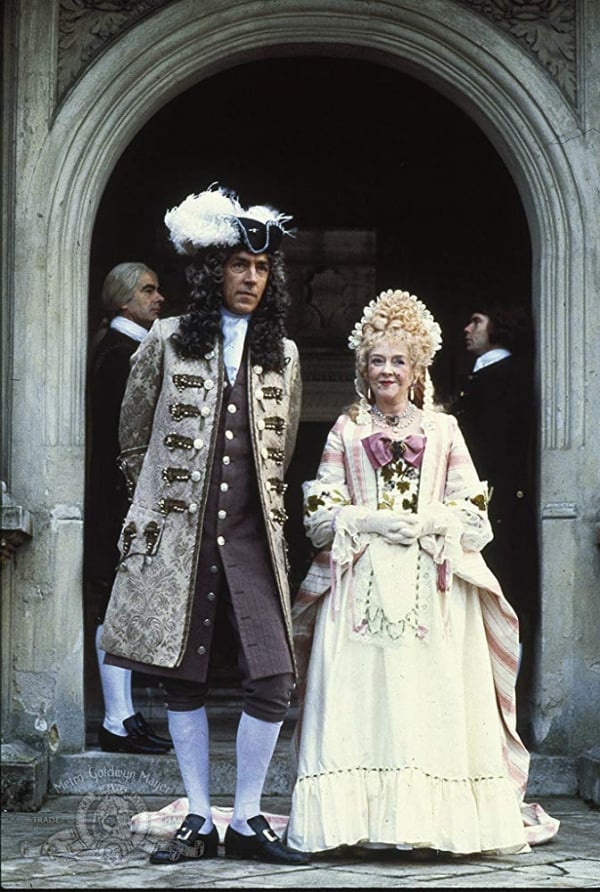 Peter Cook and Beryl Reid as Lord and Lady Lambourn. 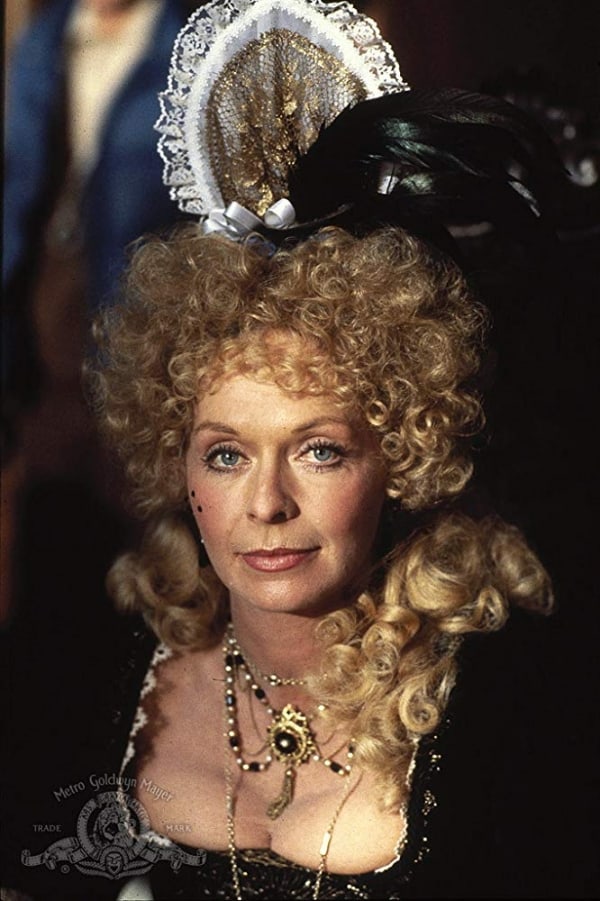 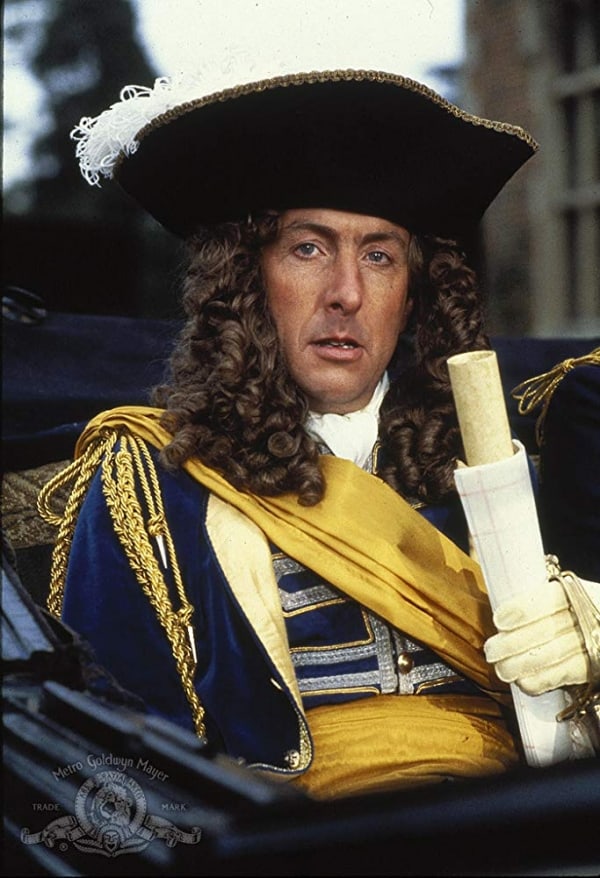 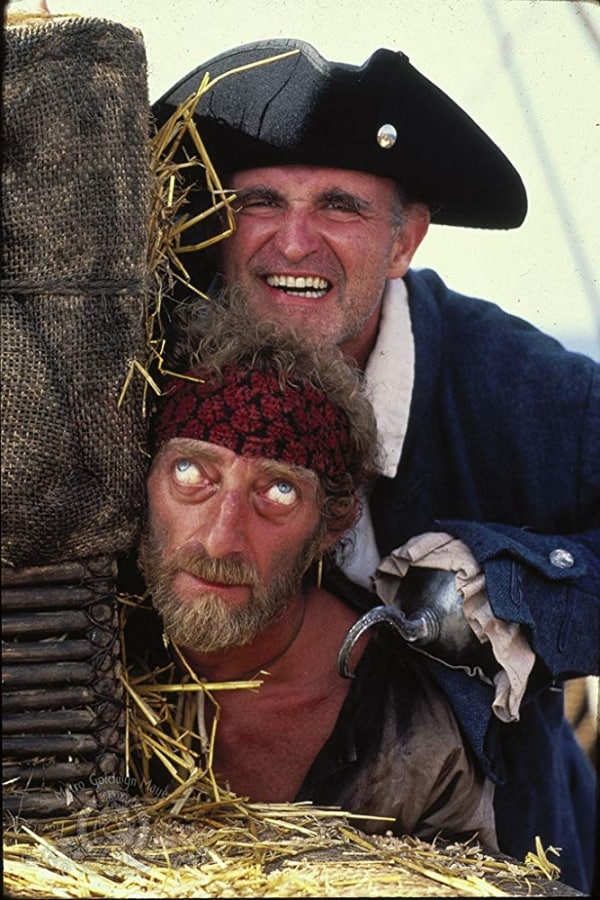 The incomparable Marty Feldman, also in his last role, as Gilbert. And Peter Boyle as Moon. 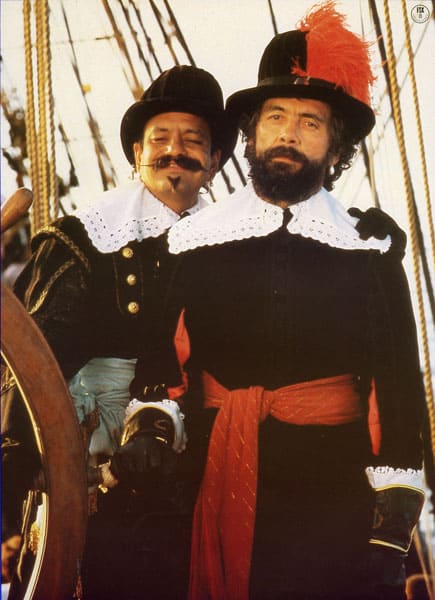 I mean, Cheech and Chong are even in this film.

This is really just the tip of the iceberg. If you’re in the mood for surrealist British comedy with an incomprehensibly extensive cast of famous people of the era, then definitely give this a watch.

Do you remember Yellowbeard too?