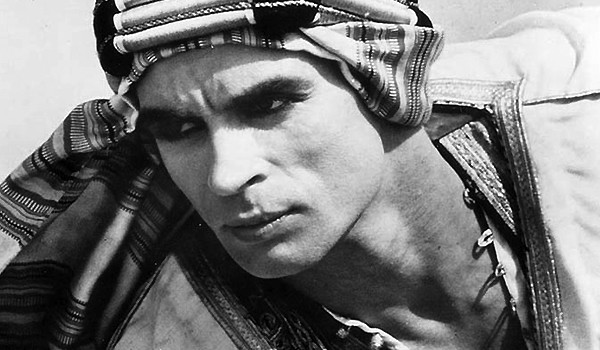 As a biopic of the 1920s film idol, Valentino (1977), is of highly questionable veracity (but what biopic isn’t?), with a Russian ballet star, Rudolf Nureyev, playing the iconic ‘Latin lover’ (no shock that the accent doesn’t work). But as a prototypical Ken Russell flick, full of bombast, sex, death, and at least one excruciatingly uncomfortable-to-watch scene,  it’s a classic. I’m surprised to read that Russell felt that the film was ‘the biggest mistake of his career’ when it’s so very much like all his other movies in style, subject matter, and pacing.

The movie begins with Rudolph Valentino’s funeral and works backwards. The one historically accurate part of the story is that, yep, massive crowds of women flocked to the funeral and rioted in the streets to see Hottie McHoterson one last time. In the movie, this translates to people literally busting through walls to get a glimpse of the coffin. Then various of Valentino’s former lovers waltz in to pay their respects and tell — in flashbacks — his life history. 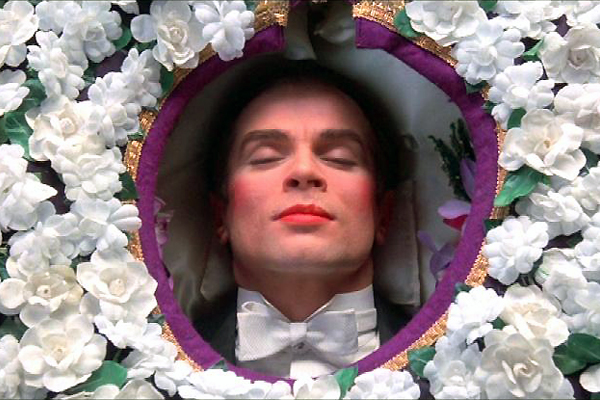 Such a pretty corpse!

Point of information: This movie was based a 1975  book titled Valentino, an Intimate Exposé of the Sheik, written by Chaw Mank and Brad Steiger, that TOTALLY sensationalized Valentino’s life and especially his romantic life. This, and 1965’s Hollywood Babylon by Kenneth Anger, are the main sources of the rumors that Valentino was gay or bisexual, but the episodes cited in these books have been debunked many times and there aren’t really any contemporary sources to support the rumors. The only part that may be true is how Valentino was involved with several women who were likely bisexual or lesbian. 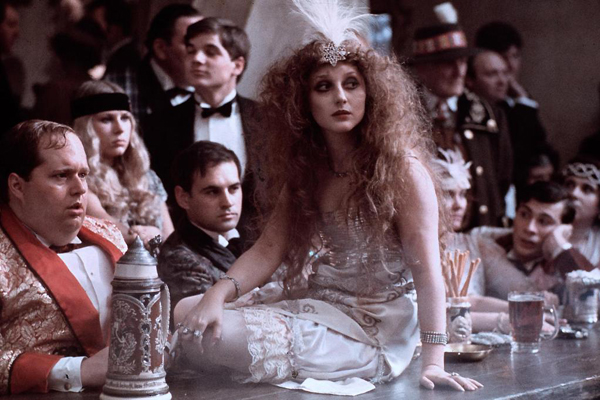 Also, at the height of Valentino’s popularity, his image was of a suave, debonair, European gentlemen, even a dandy, and this was criticized in the press. He was contrasted with Douglas Fairbanks, who had a more rugged “American” type of masculine appeal. Women loved Valentino like crazy and found him hugely sexy and romantic, but men thought he was effeminate. So, y’know, effeminate = gay in some minds, but that’s the extent of it. FWIW, I loves me some gays and effeminate mens (I play one when I get a chance :-), but I also likes me some historical accuracy in a biographical movie or TV show. 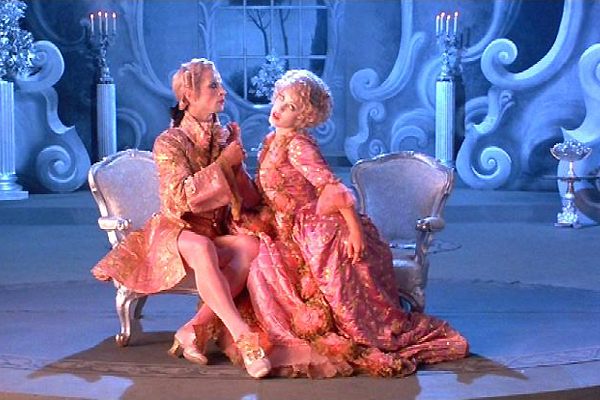 A recreation of filming the movie Monsieur Beaucaire in 1924.

This film plays around with the issue, showing Valentino dancing with a man in one early scene, and the credits list this as “Vaslav Nijinsky.” I guess this could have happened, because Valentino didn’t leave New York until 1917, and Nijinsky was on tour with the Ballets Russes in New York in 1916, but I think it’s just a Ken Russell fantasy to implant the idea that Valentino might have had a thing for guys at some point. 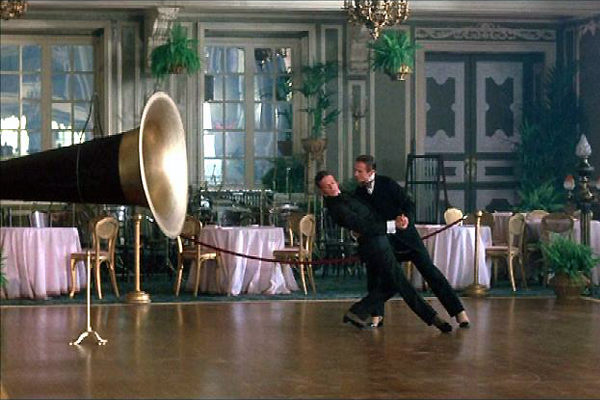 A later scene in the film plays on the “powder puff” incident, which actually did happen — apparently, an upscale hotel men’s restroom installed a vending machine that dispensed pink talcum powder, and this was blamed on Valentino’s movies in a July 1926 editorial in the Chicago Tribune. Which seems like a ridiculous stretch to me, but equally stupid things are said by Fox News today (“war on Christmas!”), so I shouldn’t be shocked. 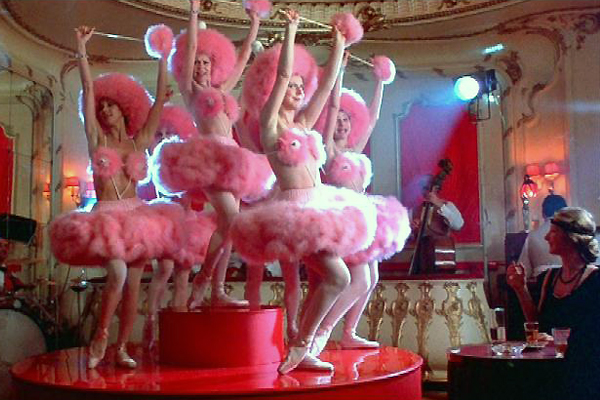 Enough about the Rudy’s love life, what about the clothes? Well, since the movie is mostly about sex and death, we get to see some really weird shit. The funeral is over the top, and not just because of the hordes of mourners. When Russian producer Alla Nazimova, played by Leslie Caron, shows up, everything she does is intended to make a statement. This is pretty accurate because Nazimova was a larger-than-life figure in reality. She was super-artsy and Bohemian, bisexual, and incredibly assertive in business, at a time when women had just gotten the vote in the U.S. but had yet to make their mark in the workplace. 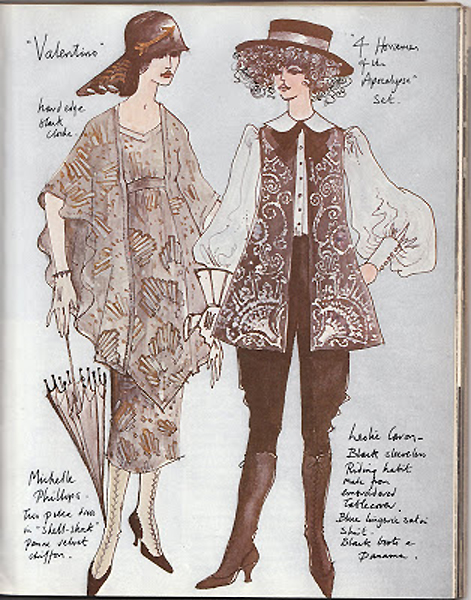 Caron as Nazimova arrives at the funeral wearing an enormous beaded, flower-bedecked cape in black and white, attended by purple-clad “mourners” (or back-up dancers, it’s unclear) and her current girlfriend/protege. Nazimova makes a splashy scene that’s eaten up by the assembled press, though it’s a little off-putting to the other actual mourners. I mean, really, it’s all about her, not the dead guy. Who she covers up with her giganto cape as she eulogizes Valentino, saying how she made him a star, she’s devastated by the loss, doesn’t she look fabulously tragic, blah blah blah. She certainly out-dressed him in the end. 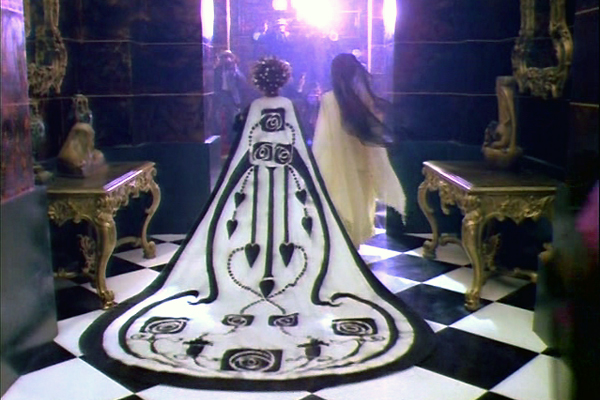 You ain’t seen nothing yet. 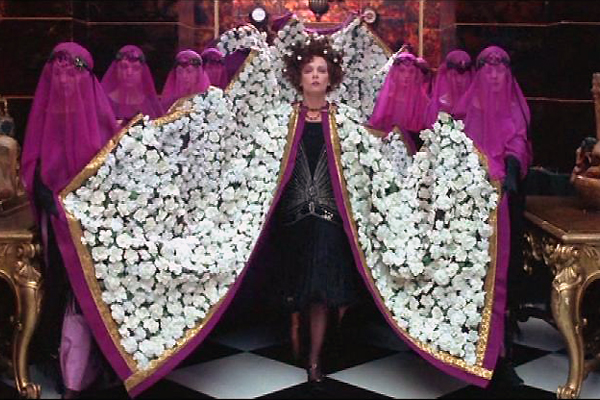 What? Isn’t this how you get up in the morning? 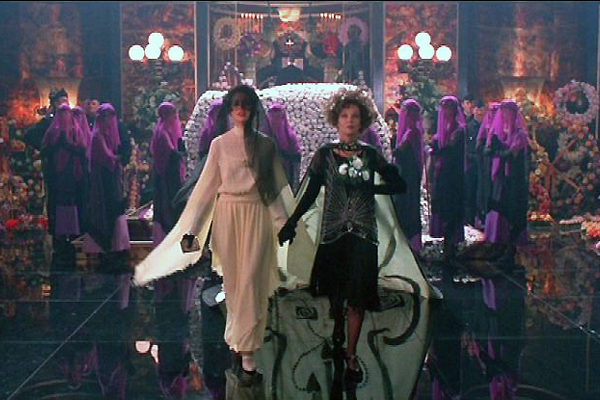 Our work here is done.

The flashbacks to Hollywood in the 1920s evoke a lush decadence that speaks as much to the 1970s as it does to the Roaring ’20s. But it works, with only a little bit of blue eyeshadow to distract. Rudolf Nureyev may not sound like Rudolph Valentino, but he’s made to look very much like him in this flick. The slicked back hair, just a touch of makeup, and impeccable suits. Or his birthday suit.

Because the real reason Nureyev was picked for this role has got to be his bod. OMG, that ass! Those thighs! He was a dancer, alright. Not only do we see the full monty in Rudy’s sex scenes (there are several), but in an extended barely-dressed The Sheik behind-the-scenes convo and a Greek-themed artsy-fartsy let’s take pretentious pix episode. This is one movie where no costume is a perfectly fine costume. Ehem. 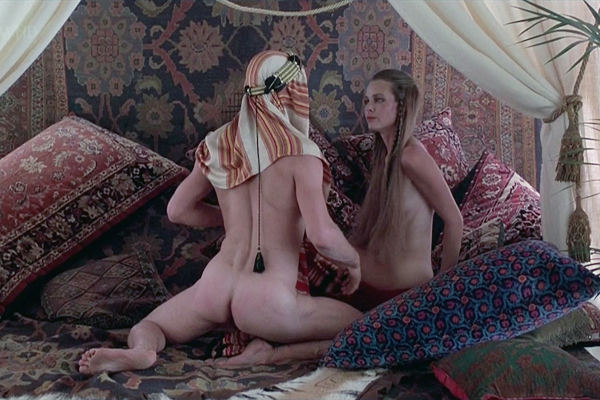 The Sheik gets it on. 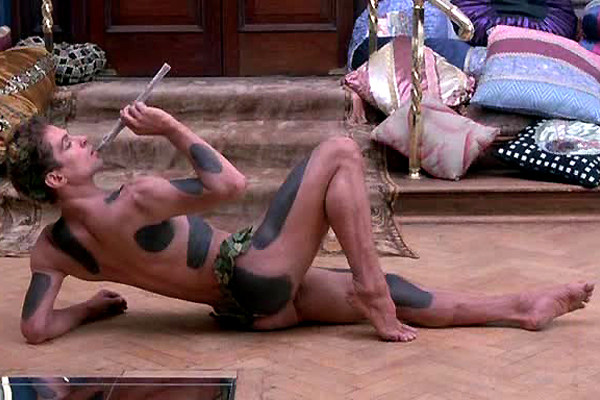 It’s all Greek to me.

Of course, the parts of Valentino that recreate actual Valentino movies — not just The Sheik, but Four Horsemen of the Apocalypse, Blood and Sand, and Monsieur Beaucaire — do have some quite elaborate costumes. The real Rudy’s films were highly exoticized, both using his Italian style as a stand-in for various ethnicities and taking place in costumed times and places. 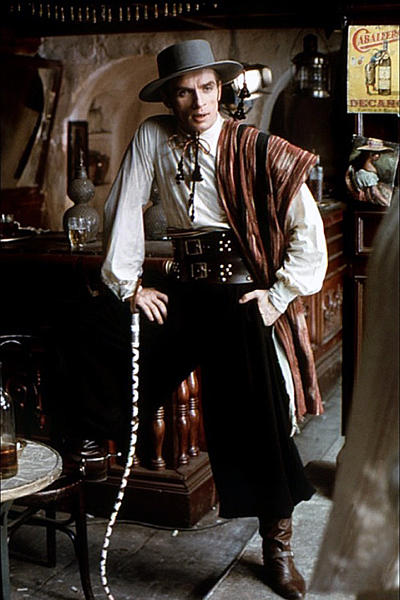 Giving gauchos a comeback in both the ’20s & the ’70s, via Valentino’s Blood and Sand. 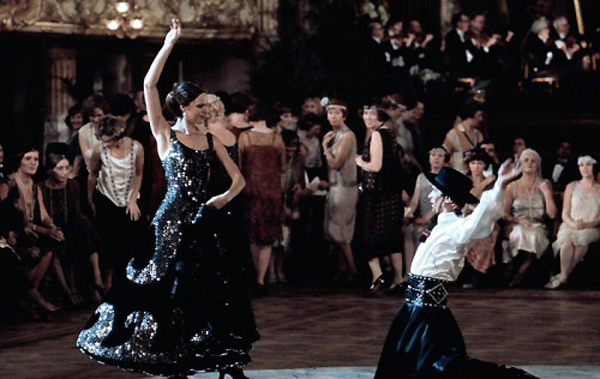 Nureyev dances a mean flamenco in the recreation of Blood and Sand, 1922.

But it’s not all fancy funerals and smut, being a weirdo Ken Russell movie, there’s an obligatory psychological-almost-physical torture scene. This one involves Valentino stuck in a Mexican prison and not being allowed to use the toilet. Russell is a freak. He always has a sick scene like this, and he always films them the same way. Time for the fast-forward button. 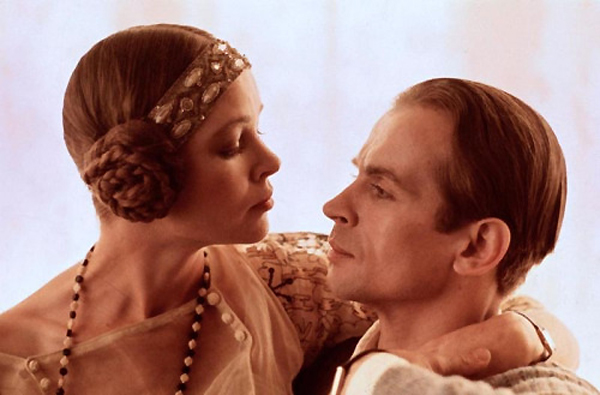 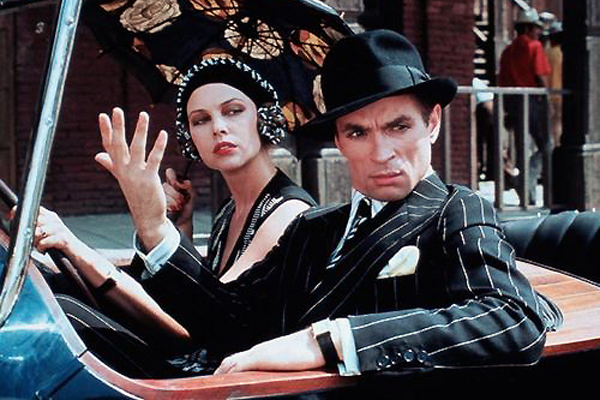 So if you can stand the bizarre bits and are curious, Valentino is one wild ride.