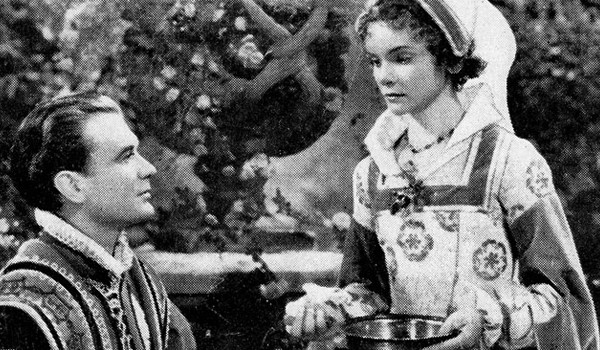 Undoubtedly, you’ve seen Lady Jane (1986), starring a young Helena Bonham Carter and Carey Elwes. But that’s not the first movie to tell the story of the ill-fated Jane Gray, who was Queen of England for a mere nine days after Edward VI and before Mary I in 1553. The first talkie film to focus on this topic was Tudor Rose in 1936, which was also titled Nine Days a Queen, starring Nova Pilbeam (who had been a popular child actress) as Jane, John Mills (who went on to have a long film career) as Guildford, and Cedric Hardwicke as bad guy Earl of Warwick/Northumberland (he subsequently played a lot more movie baddies).

Interestingly, this version spends a good third of the film on Edward’s reign and the machinations behind his throne. It’s a highly relevant build up to show how Jane is thrust onto the throne and actually gives this movie a bit more of a historical and less romantic bent than the 1986 story (which, yes, we loved to bits, but omg, the fall-in-love-overnight thing? the “our coin” stuff? puh-leeze, I’m not 17 anymore). Interesting touch, we see John Knox preaching fire and brimstone for Edward VI at his Lord Protector Edward Seymour’s behest — which is historically accurate, and in fact, Knox met his wife during this brief trip to England around 1550. Another good historical bit is Frances Grey, Jane’s mother, being a nasty piece of work, shipping off her daughter as she does (though I doubt her father was really such a doofus).

Despite a generally historical plot, the costumes are very 1930s Tudor-bethan. Wacky fabric choices married with goofy silhouettes. The one standout is Mary Tudor, who, when she meets Jane in the Tower of London, looks right out of a portrait. How they could get that Tudor gown correct yet the ones worn by Jane look so freaky, I don’t know. Either rental stock or a conscious choice to make the ingenue look that way. 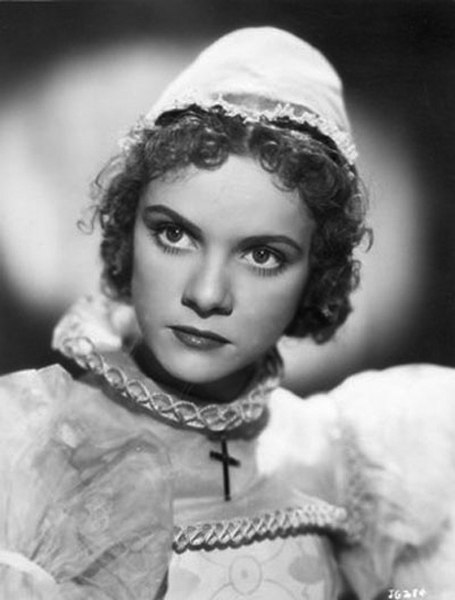 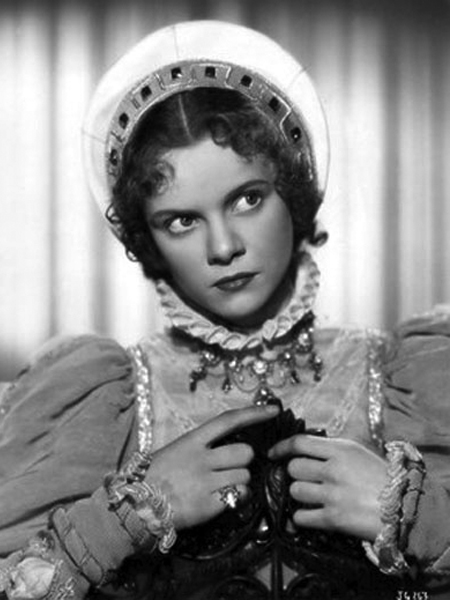 Yes, it’s a crappy visor French hood. But there’s some neat trim on the sleeves (doesn’t make up for the rest of it, just pointing that out). 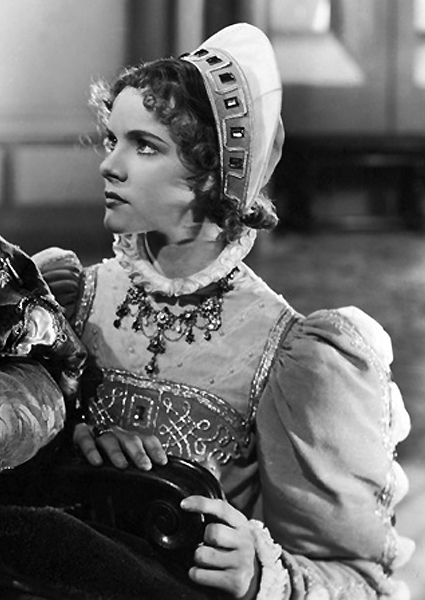 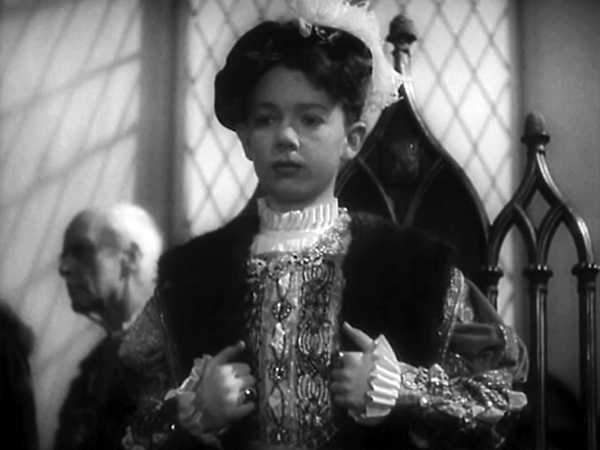 Boy king asserts his will (to no affect). 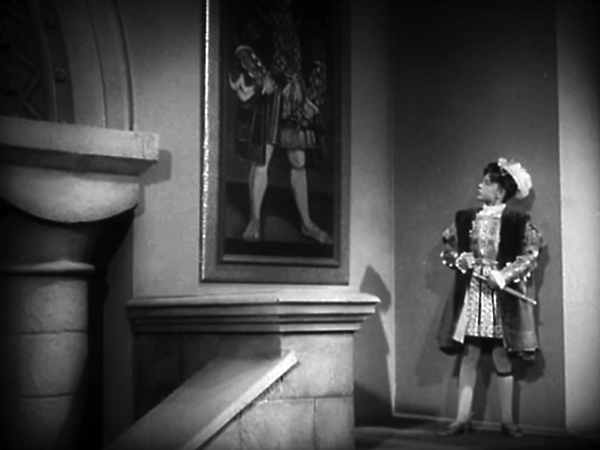 Nope, not measuring up. 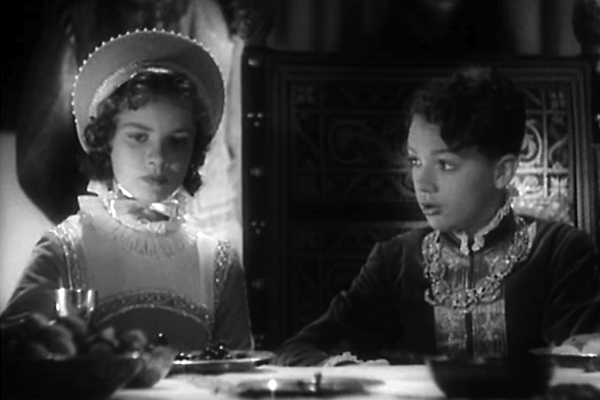 Hey, cuz, want my crappy job when I die? 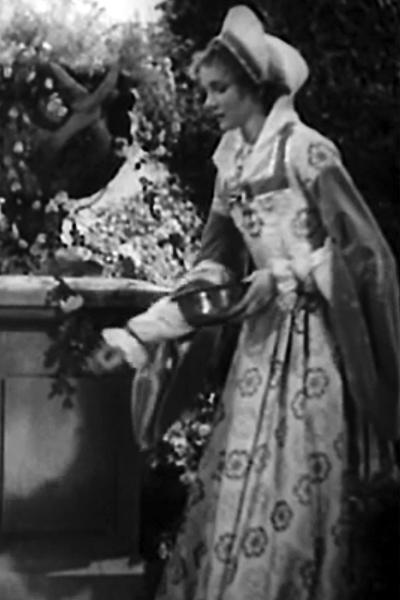 OMG THIS PRINT IS INSANE. 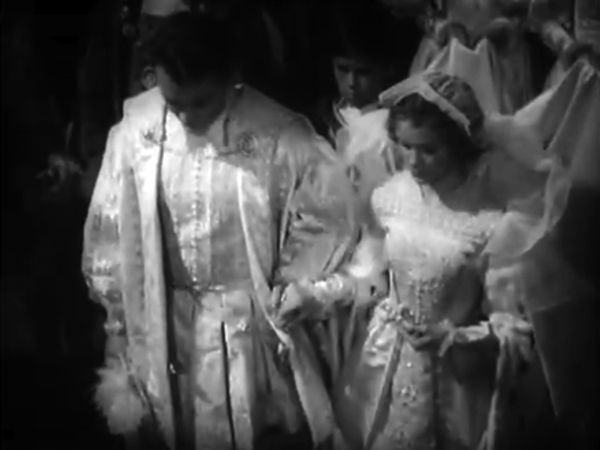 Sparkly wedding outfits, briefly seen. I think this set the tone for Lady Jane in 1986. 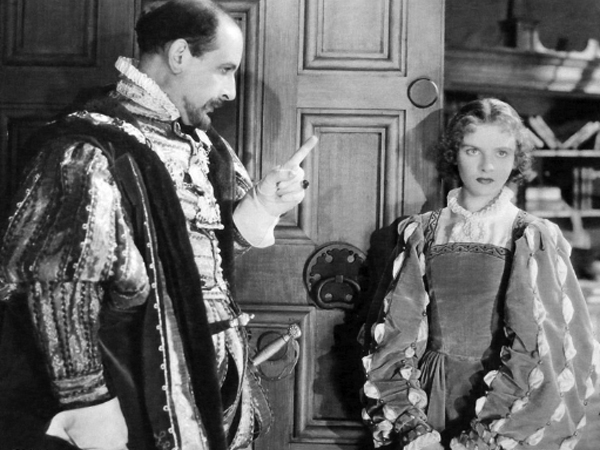 Her slashed sleeves are obviously theatrical, but I like the overall look. 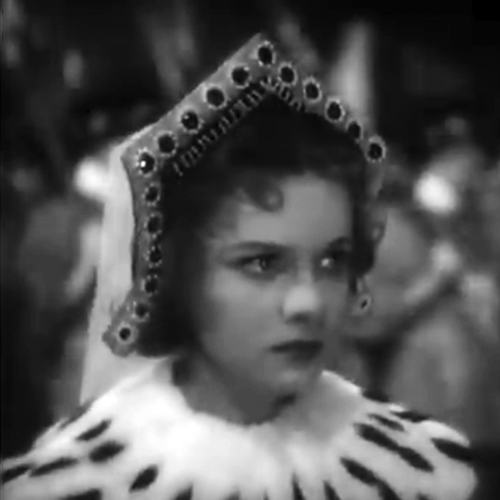 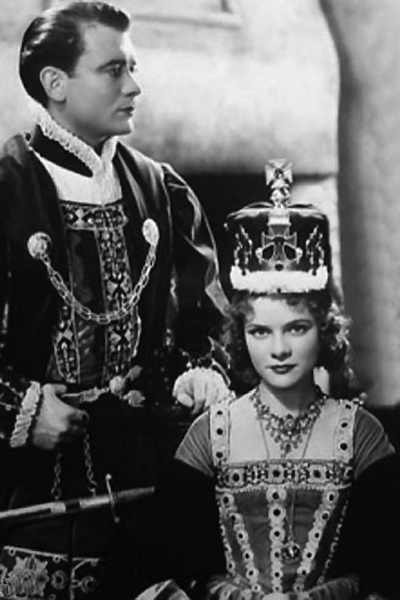 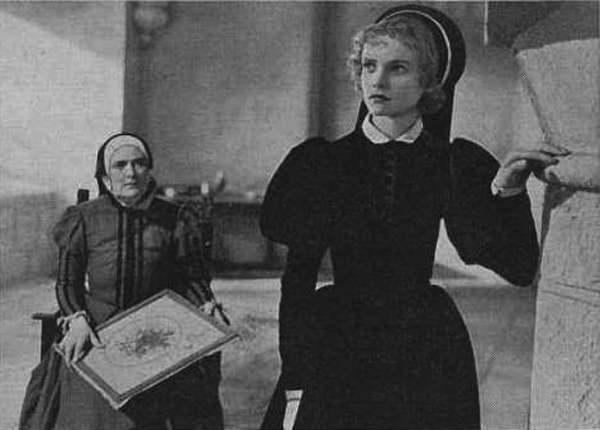 These aren’t bad, for a decade later. 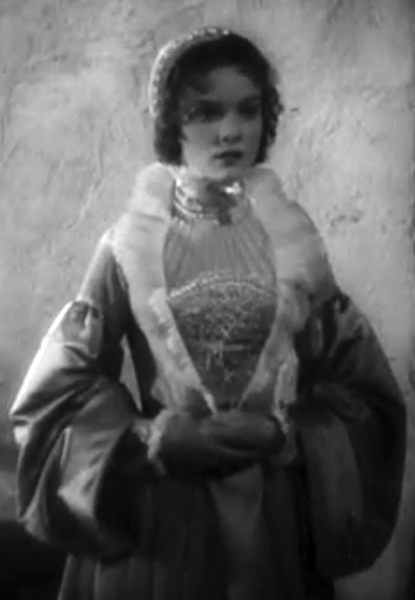 How not to make Tudor sleeves. 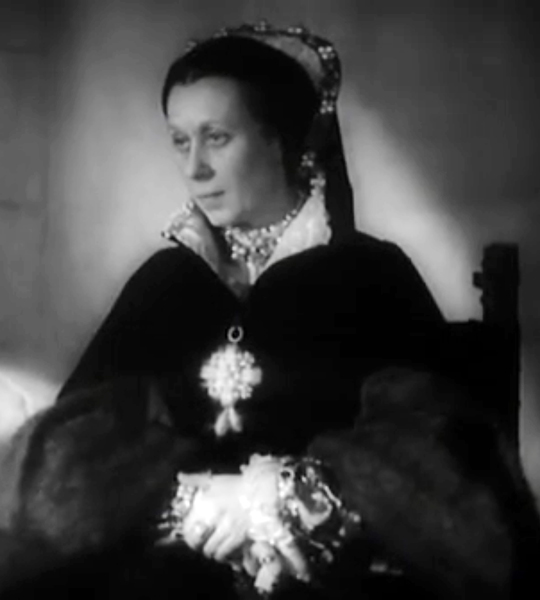 Queen Mary looks good, from her hood to her gown.