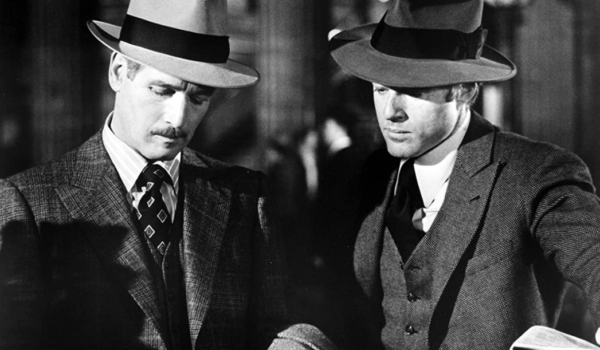 The Sting (1973), starring Robert Redford and Paul Newman, is one of those classic films I have always been meaning to watch but just never got around to it. But with a major storm setting in tonight, I was casting about for a cozy classic frock flick to wrap myself up in and this came up in my Netflix recommendations immediately. Having won seven Oscars, including Best Costume Design for the costumes designed by Edith Head (who has the briefest cameo in the first few minutes of the film), I knew it was going to deliver. And boy did it ever! The plot holds up nicely for a 50-year-old film, plus Head’s costumes don’t suffer from the issues a lot of films of the same era do, where you’re watching it and wondering if you’re actually watching a period film, or a film that’s set in the 1970s — I’m looking at you Grease (1978).

And of course, there’s Redford and Newman, literally two of the most beautiful human beings to ever walk this planet, delivering all of the eye candy, lo these many decades later. They have excellent on-screen chemistry, having done Butch Cassidy and the Sundance Kid in 1969 to widespread acclaim.

I have to confess, I didn’t realize that Paul Newman was 10 years older than Robert Redford until I watched this film. For some reason, they were basically the same age in my mind, probably because they were both “old” by the time I started watching their films, but the age difference is very apparent in this film. 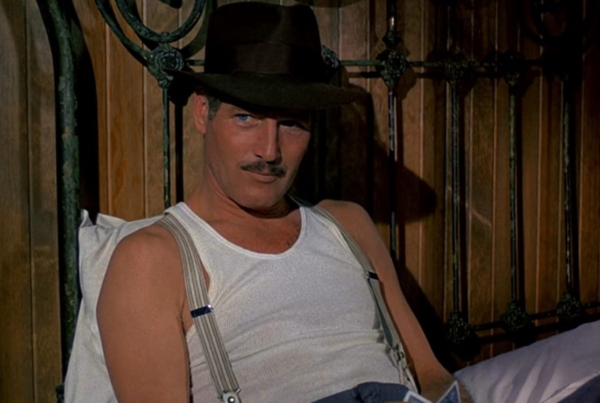 HOW ARE HIS EYES THAT BLUE???? 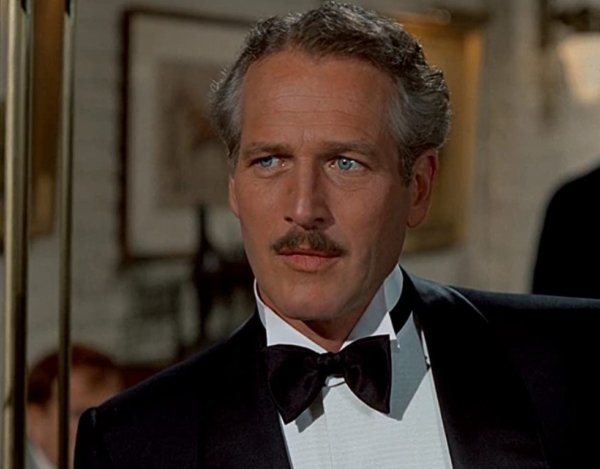 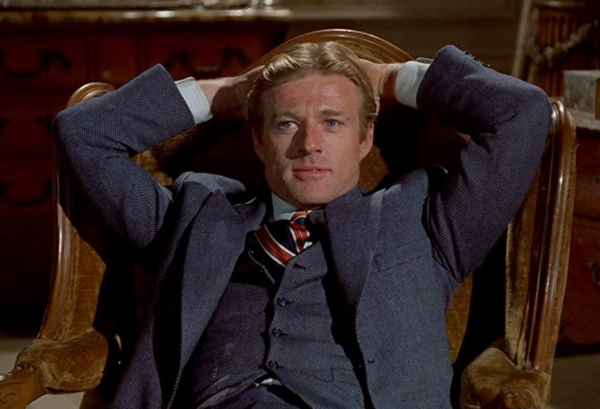 And then there’s this guy, being all offensively handsome.

Ok, now that I’ve got that out of the way, let’s talk about the costumes. Menswear is, well, menswear … Lots of three-piece suits and tuxedos, and while expertly tailored, there’s not a whole lot to say about them. The women’s costumes, however, are wonderfully done. Unfortunately, there’s only about three women in the cast. 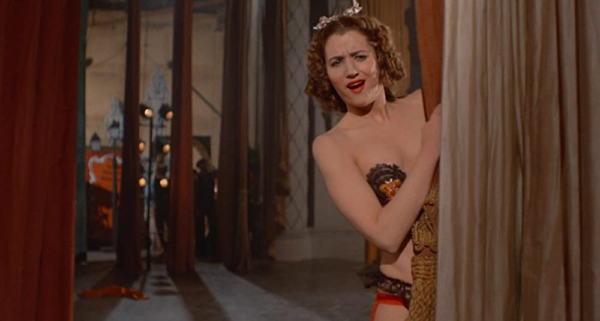 Sally Kirkland plays a burlesque dancer in the first few minutes of the film. Edith Head can be seen from behind, helping her into a robe as she exits the stage after her performance. 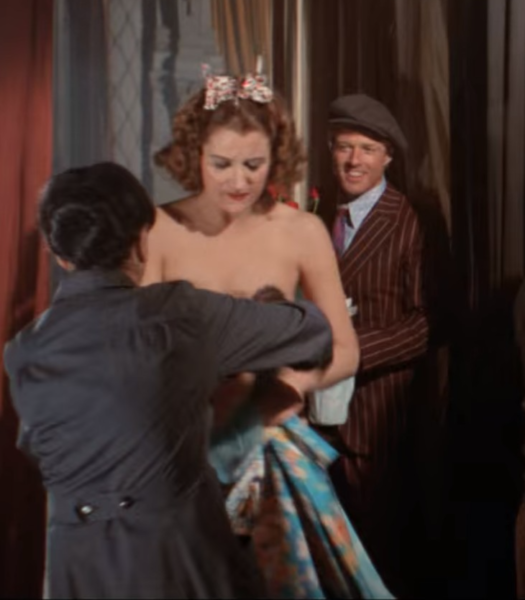 Blink and you’ll miss her! 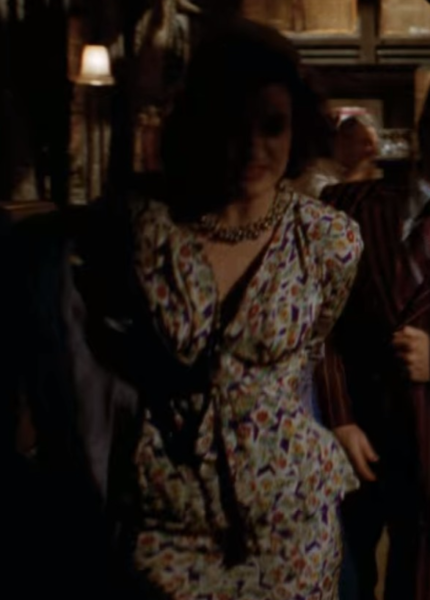 Sorry about the blurry screen grab! Things move fast in this film. 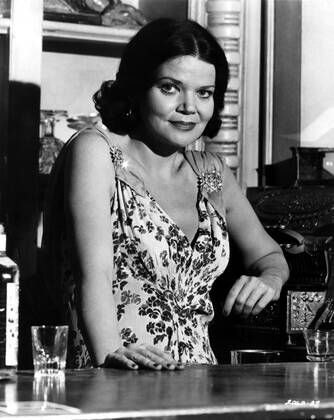 Eileen Brennan plays Billie, the right-hand woman to Henry (Paul Newman). Of course you probably will all recognize her as Mrs. Peacock from Clue (1985). She’s fabulous in this film. 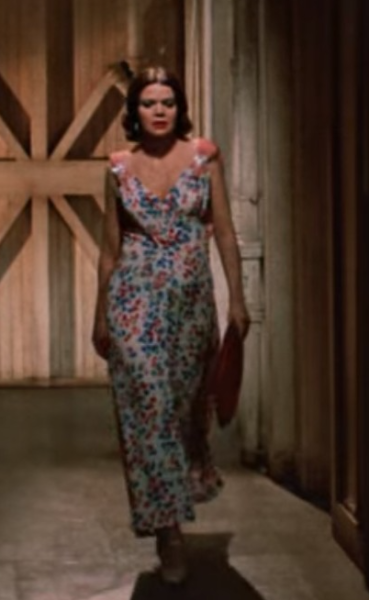 Again, sorry about the blurriness. The important thing to note about this outfit is that it’s actually not a dress, but a jumpsuit. 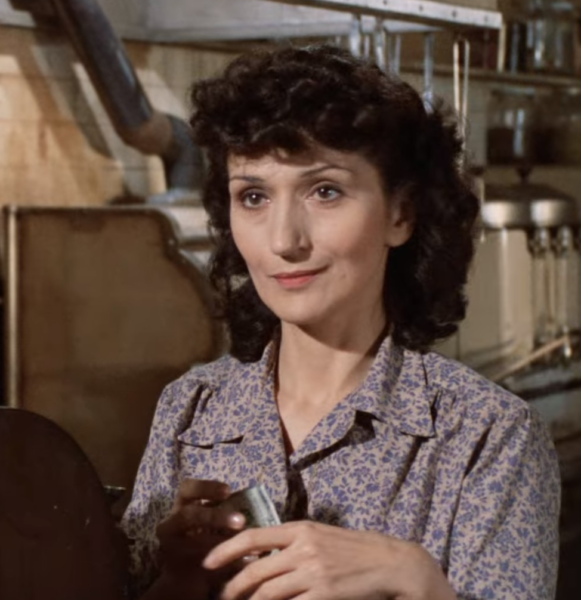 Dimitra Arliss plays Loretta, a waitress who might be more than she seems. Her costume is very low-key, everyday working girl, compared to the more glamorous Billie. 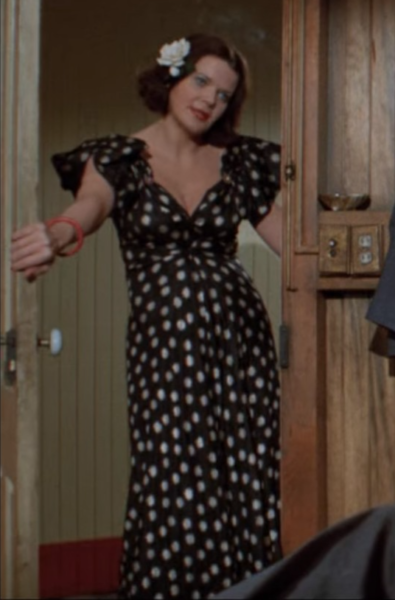 But we have yet another fabulous jumpsuit on Billie, this time in black and white polka dot.

Have you watched The Sting (1973) recently? Tell us what you think!