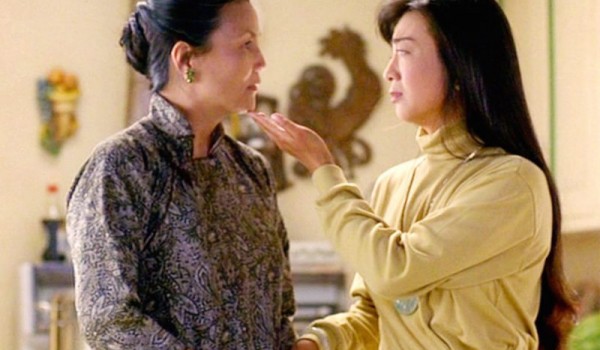 Thanks to inflight entertainment, I randomly decided to rewatch The Joy Luck Club, the shmaltzy yet touching adaptation of Amy Tan’s novel. The film focuses on four Chinese American women and their relationships with their mothers, and while the bulk of the film is set in the current day (1993), there are flashbacks to the “1960s” and 1930s-40s. It’s definitely a Take Your Mom and Grandmother to the Movies kind of movie — I haven’t read the original novel, and I wonder if it’s as shmaltzy as the film? But it’s also an interesting look at the cultural experiences of people who aren’t frequently seen on screen, and the flashbacks actually have some quite pretty costumes.

The main problem I have with the film is that while it does show China as having majorly repressive to the various main female characters, and while it is good that those women are shown to have personal agency and not just be victims of The Patriarchy, there isn’t enough historical context for the bits that are shown. The BIG mystery is one mother who abandoned two babies during some kind of war, but it’s totally unclear whether that’s the Sino-Japanese War, or World War II, or what. And without that historical context, it’s easy to disregard early- to mid-20th century China as just All Patriarchy, All the Time. I’m not saying it WASN’T, just, more context, please, for those of us (like me!) who really don’t know Chinese culture or history well.

The costumes were designed by Lydia Tanji, whose only other major screen credit is Thousand Pieces of Gold. (Okay, she’s done about 5 other films, but that’s it; it looks like she’s also done theater work). In an interview in A. Magazine, Tanji said:

“I really enjoyed doing the research, talking to the original Joy Luck Club members, including Amy Tan’s mother, and finding the traditional costumes. But it was a little painful during the production because the film was so low-budget and we couldn’t be as creative as we would have liked.” (“Designing Woman,” A. Magazine, Oct. 31, 1994)

The film was made in 1993, and yes, there are a lot of unfortunate shoulder pads: 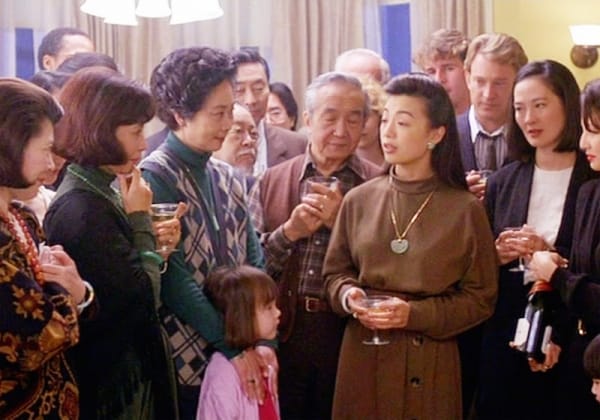 But since our focus here at Frock Flicks is on historic costume, I’ll be focusing on the period bits. I’m not even going to talk about the “1960s” bits, because, as you may guess by all these quotes, nobody particularly looks like they’re dressed in that period. Various ’60s girl-group songs in the background are really your only clue. Although I will say that I TOTALLY had this dress when I was about 8:

Revel in the polyester and nylon lace! 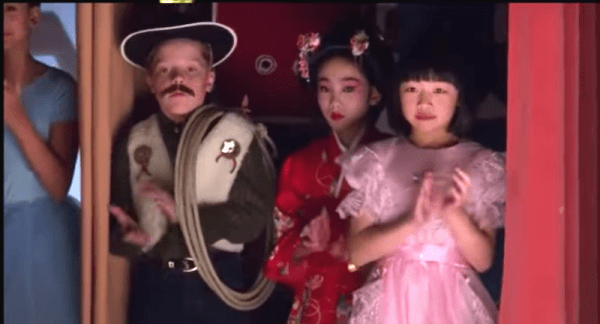 If I weren’t currently in France, I would dredge out a photo of me wearing something WAY too similar. I LOVED THAT DRESS.

The flashback scenes are primarily to the 1930s — and maybe 1940s? I’m not sure! The problem is I don’t know much about the history of Chinese fashion, so when I see women wearing qipao/cheongsams, all I know is post-1925, pre-Cultural Revolution. That being said, the Chinese costumes were REALLY quite pretty, particularly Lindo (Irene Ng)’s amaze-balls wedding ensemble that had the extra pop of an amazing reveal: 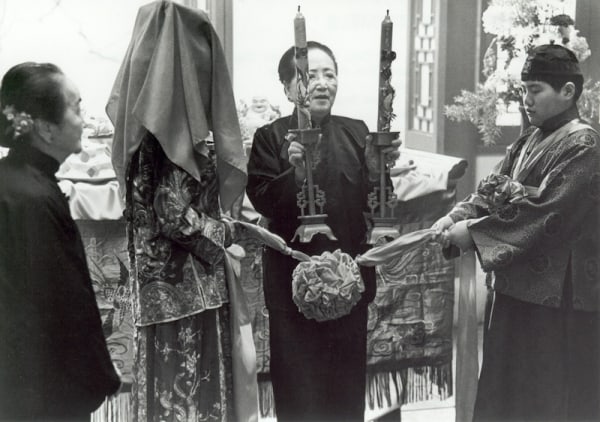 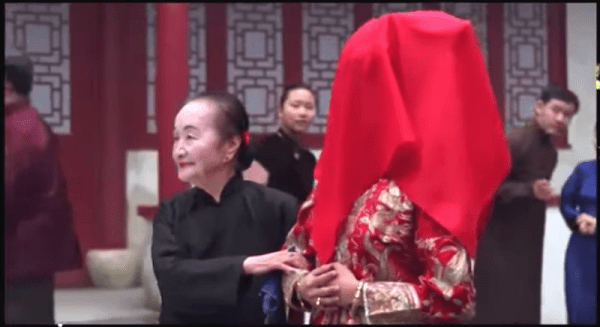 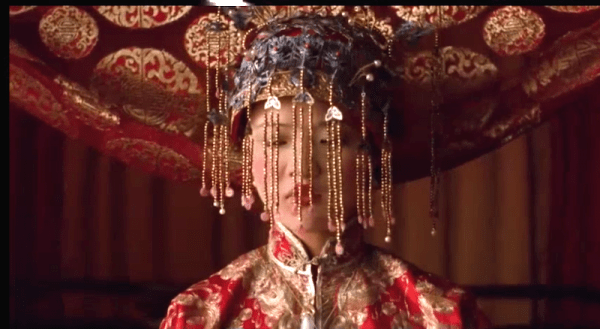 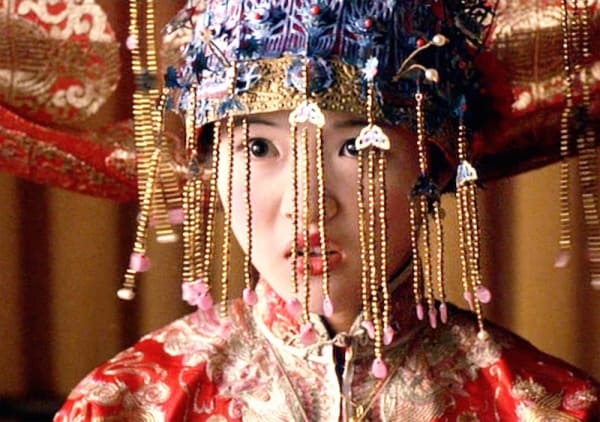 Most of the rest of the time, the flashback scenes show women wearing the qipao/cheongsam. You do see a nice class range, from really dirt poor to money money money, and particularly the costumes for the wealthy have some great details: 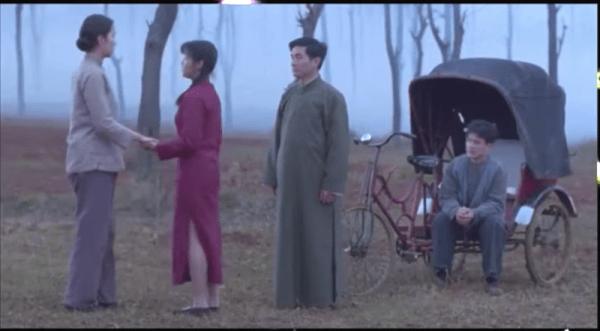 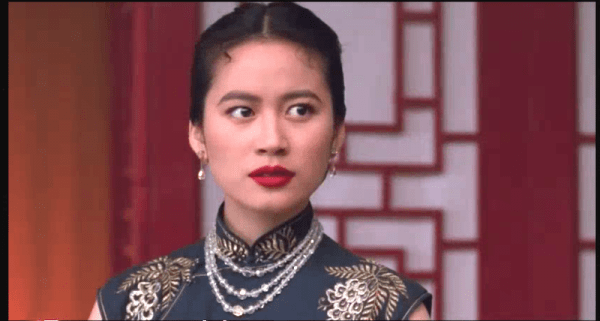 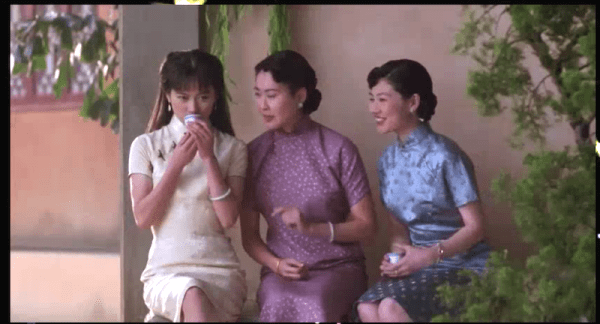 Many of the well-off characters wear Western dress, and here’s where I can definitely give an informed series of mad-props to the costume designer for some VERY chic 1930s looks! 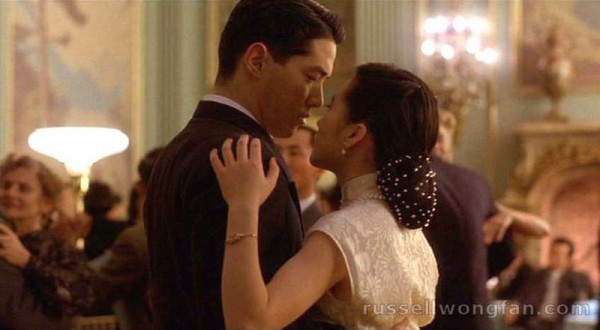 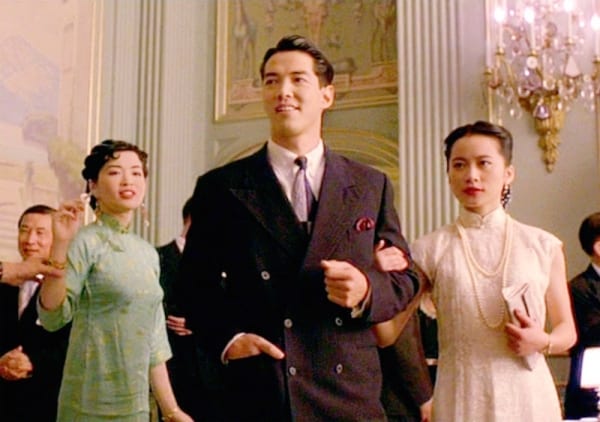 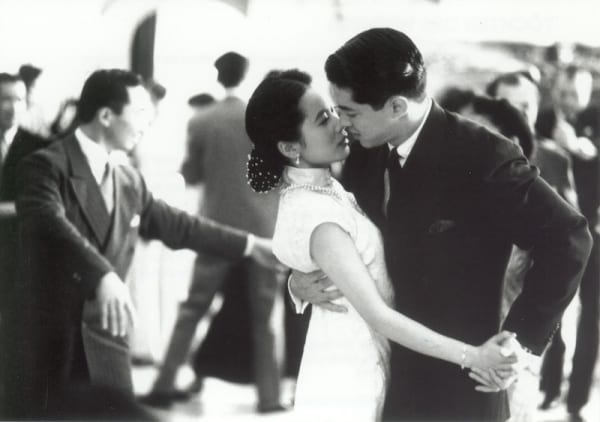 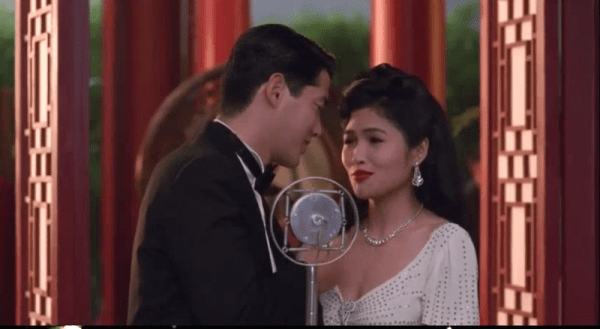 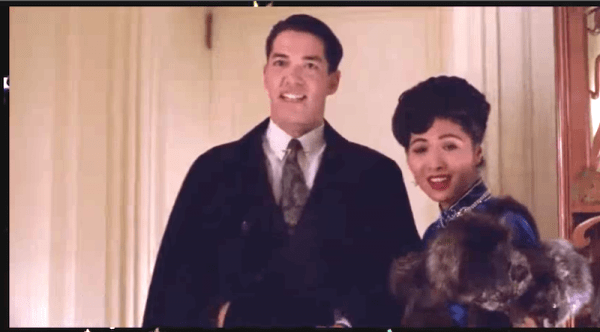 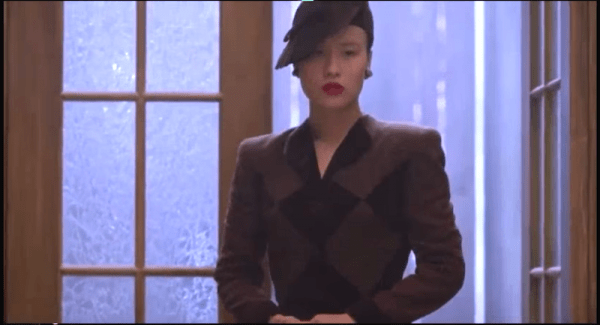 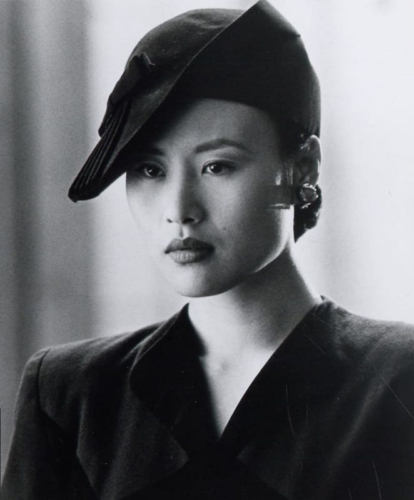 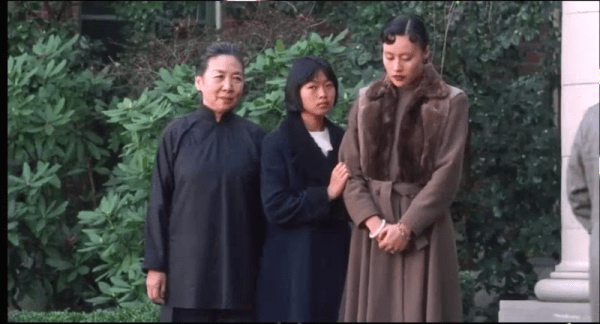 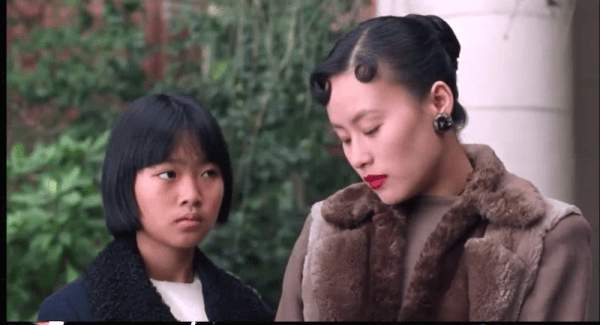 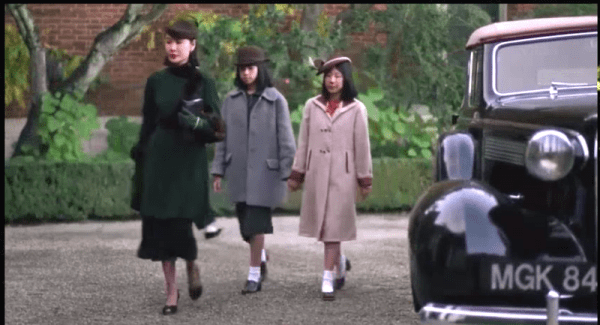 In the end, if you haven’t seen the film, I certainly recommend it (although be ready for the overly-sentimental and the unexplained-relationships and the no-context-tragedy). If you’ve already seen it, it’s probably not worth another whirl unless you loved it the first time. That being said, it helped me pass 2 hours on a long flight and I wasn’t bored, so, YMMV!

Do you remember The Joy Luck Club? Are you a lover, hater, or meh-er?