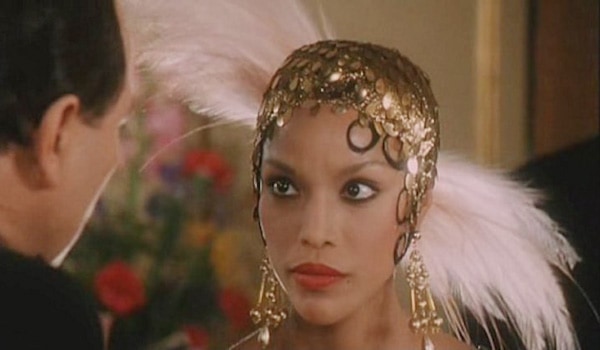 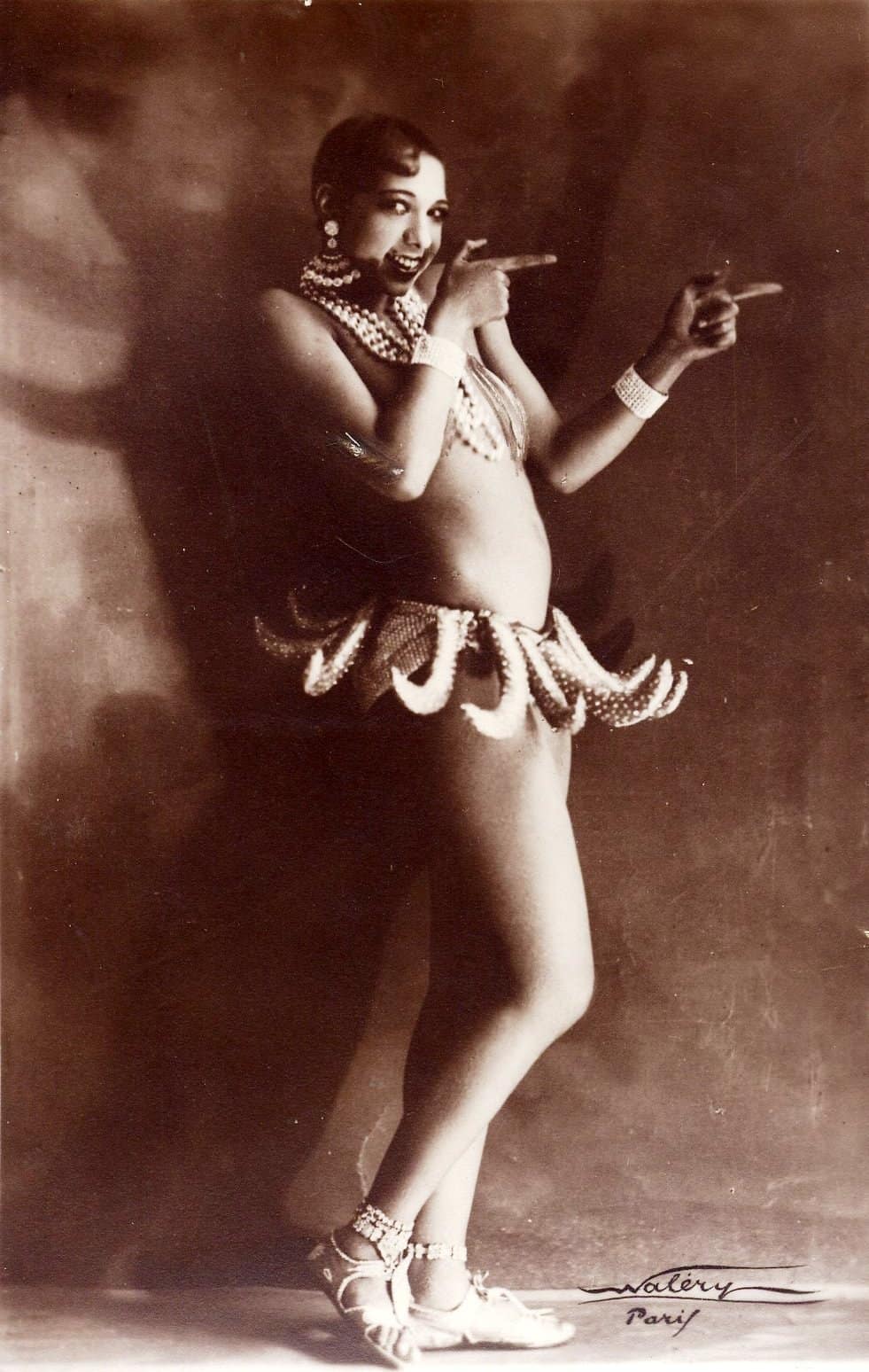 The real Josephine Baker in 1927, posing in her banana dance costume.

The high production values shine through, although at barely one and a half hours, the film does quite an edit on Baker’s vibrant and complicated life. The highlights are all there — her poor childhood in a deeply segregated St. Louis, MO, and how she escapes to show business, first through comedy by playing blackface on Broadway and then getting a gig that takes her to Paris, France, in 1925. That’s where she immediately shines in La Revue Nègre with the ‘Danse Sauvage,’ appearing topless and wearing a skirt of bananas. While her initial appeal depends on being an exoticized ‘other,’ by studying classical dance and adding singing to her repertoire, she becomes even more popular.  Fame brings wealth, lovers, even a cheetah (yes, really!). 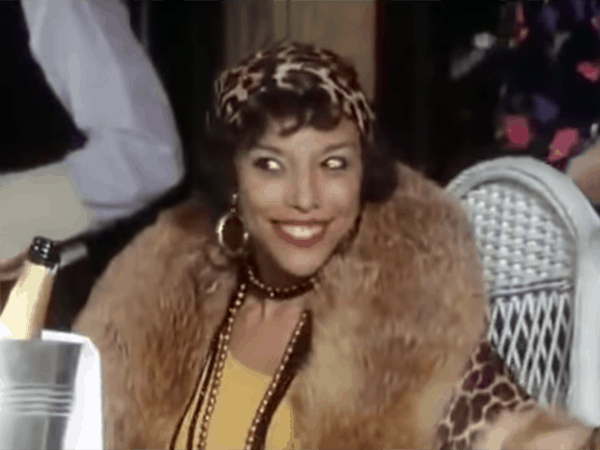 Lynn Whitfield as Josephine Baker, in ’20s Paris, wears animal print while out with her pet cheetah, Chiquita. 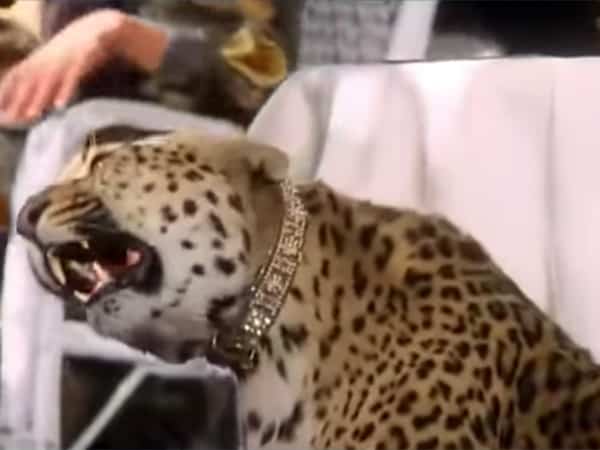 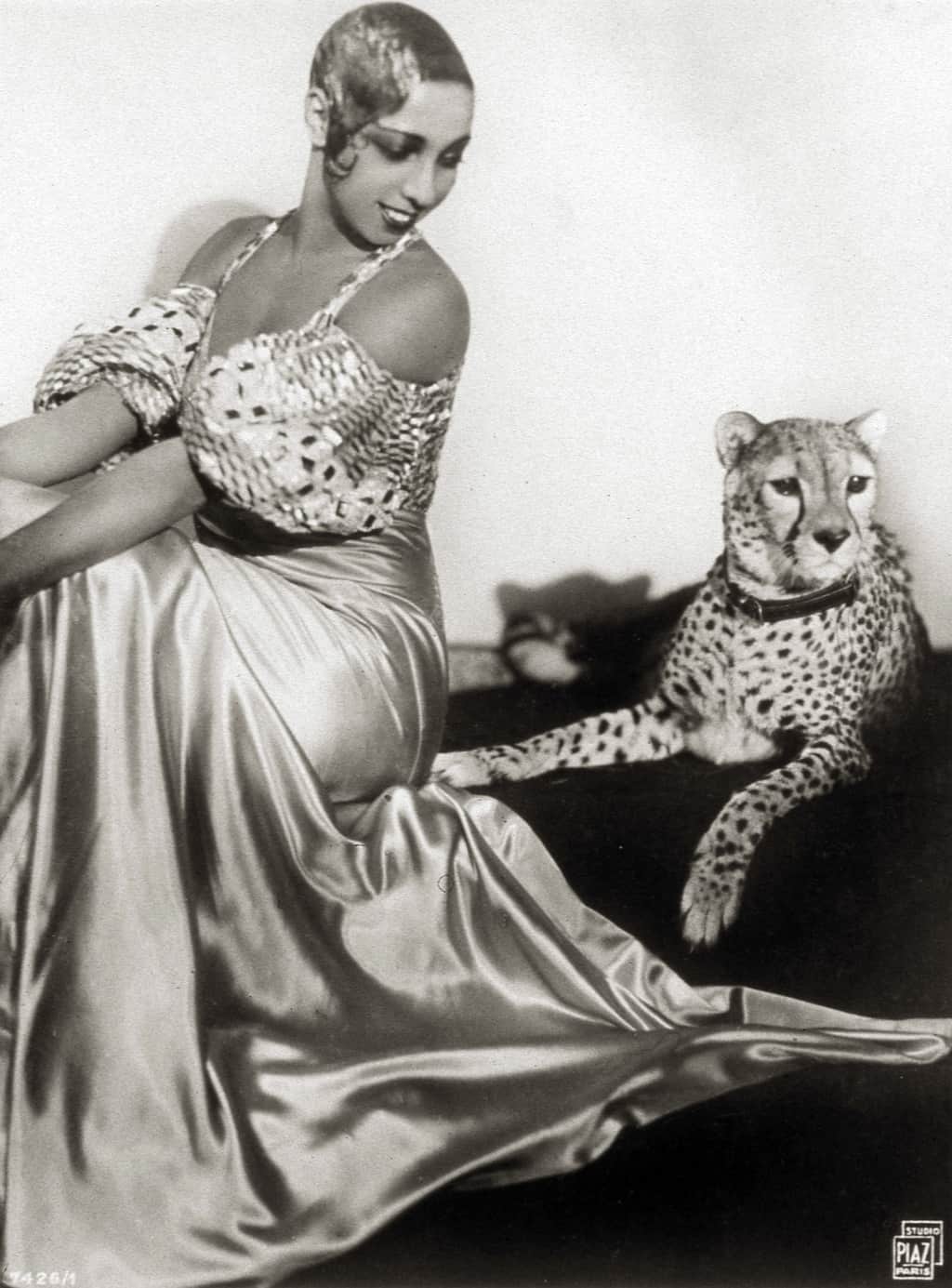 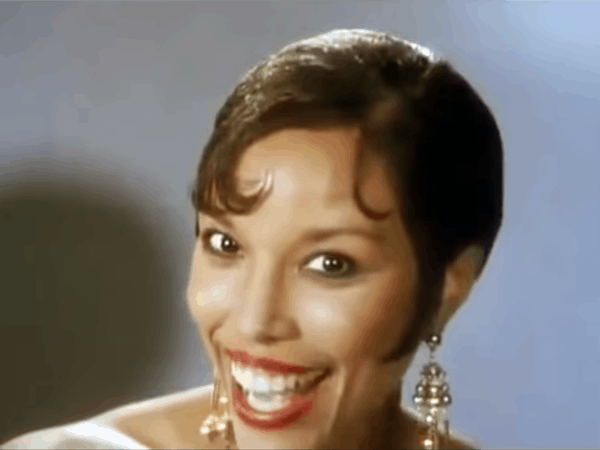 In the film, Josephine poses for advertisements and all those famous photos (including nudes). 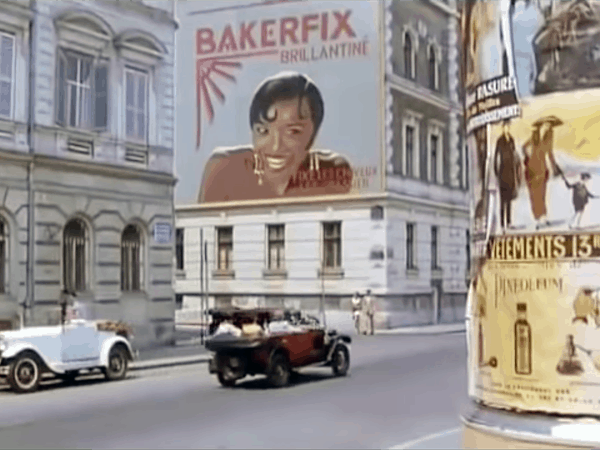 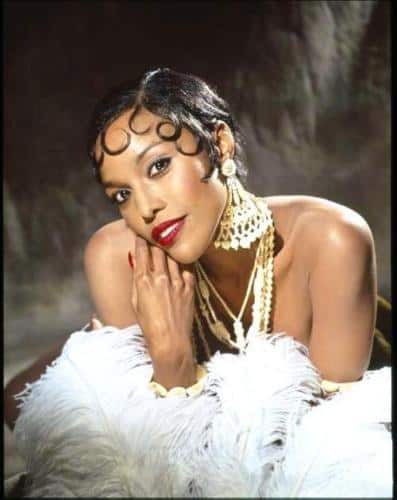 So many perfect spit curls! 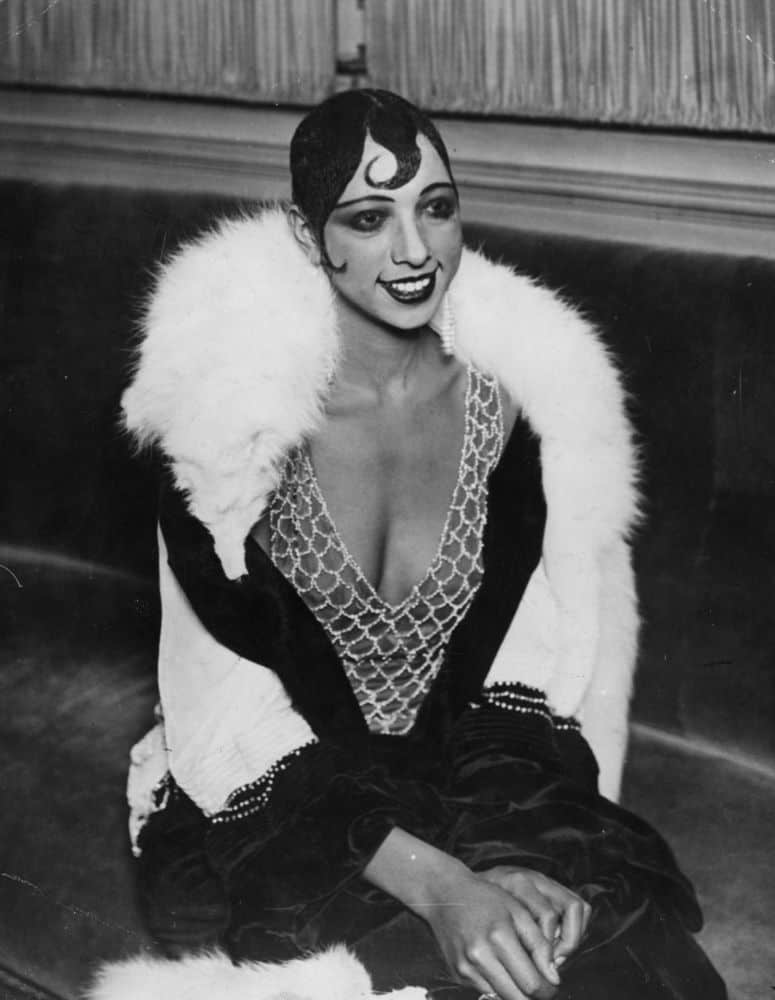 Totally evocative of the real Josephine. 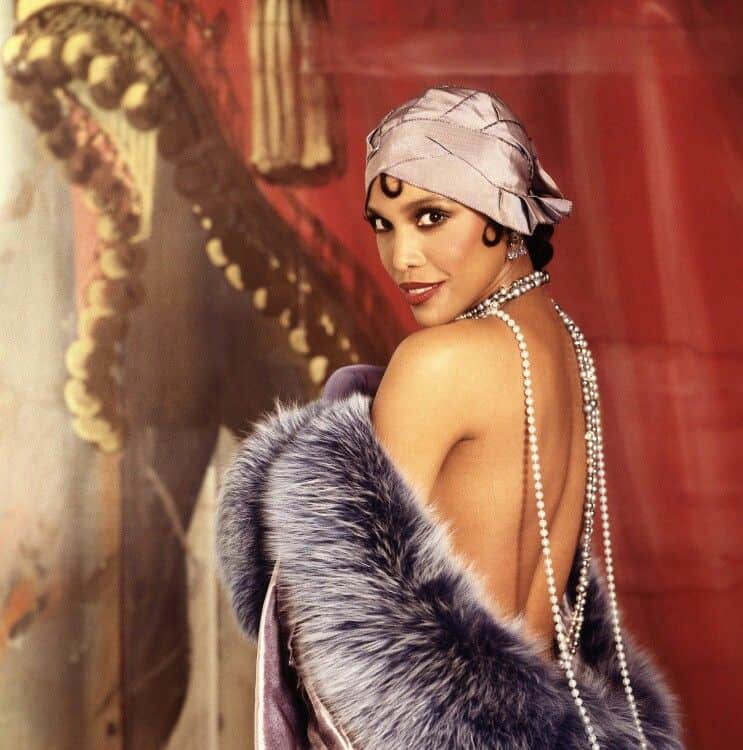 I could barely see this glorious hat in the crappy YouTube version I watched. So glad for this promo pic. 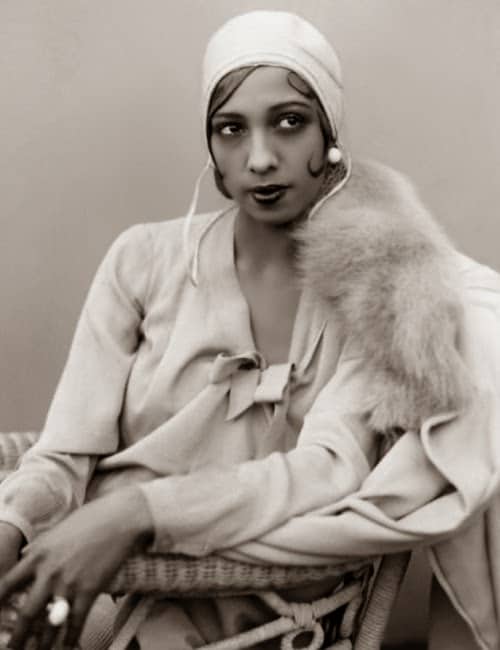 True to the real Baker’s style.

Josephine Baker’s success in Europe is contrasted with the blatant racism she experiences when she tries to bring her act back home to America. In 1936, at the peak of her French celebrity, she performs in New York to negative reviews, as well as being insulted by having to enter a posh hotel through the kitchen and not being given a dressing room at her theater. Soon enough, she returns to France and works with the French Resistance during World War II. She also performs for the troops in North Africa, where (in the film’s timeline) she meets her fourth and final husband (a very early first marriage is skipped by the film, and many notable and/or rumored lovers are eliminated, including any women). 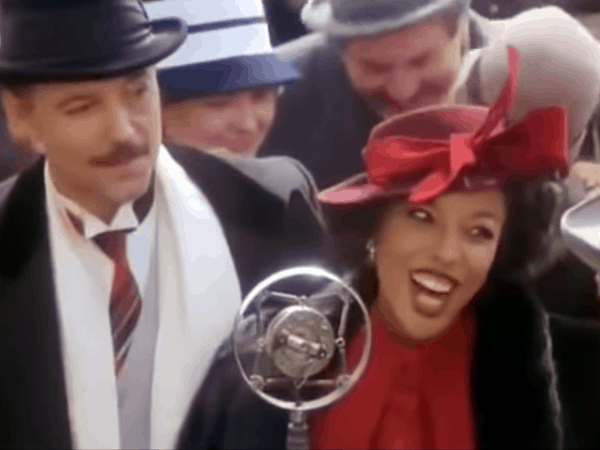 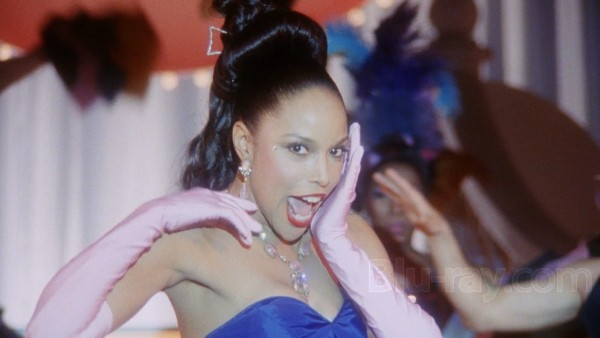 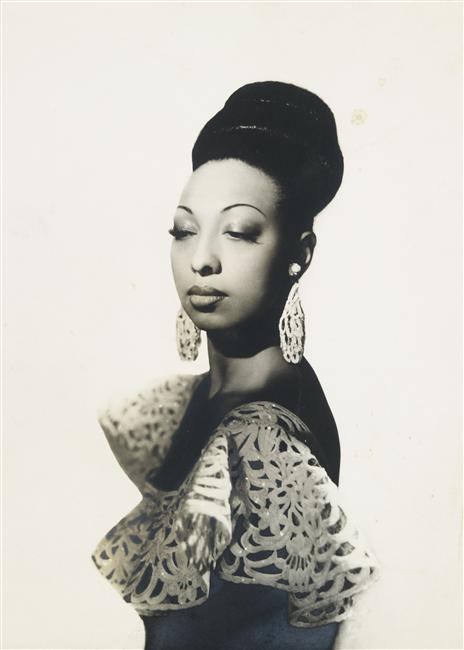 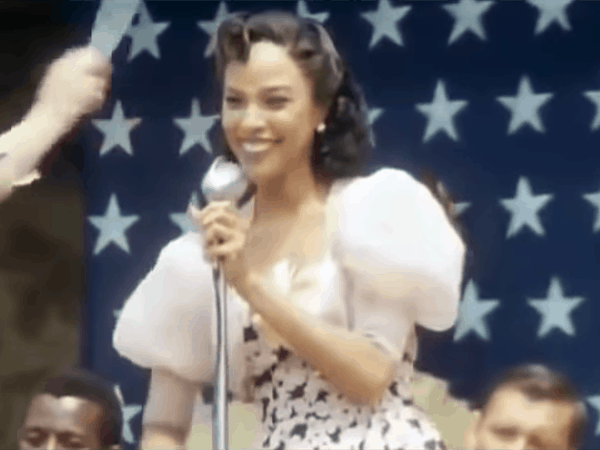 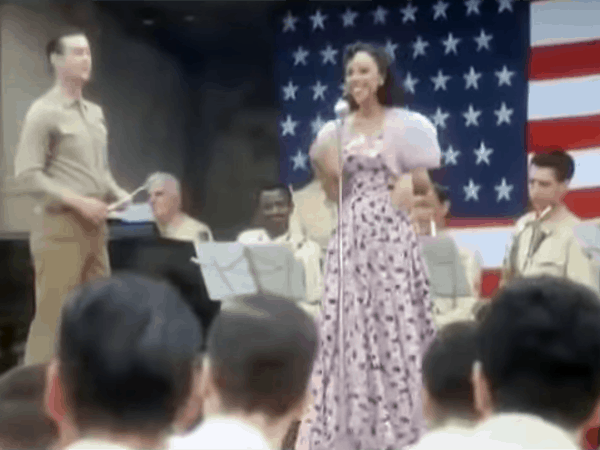 She jokes that this is the only dress she grabbed leaving France ahead of Hitler.

After WWII, she revisits America with Miami and Vegas shows in 1951, where she demands the audience must not be segregated. For her civil rights efforts in the U.S., the NAACP has Sunday, May 20, 1951, declared “Josephine Baker Day.” The same year, she goes to the Stork Club in New York City and is notably snubbed by the staff, leading to a very public fight in the press. Disillusioned, Josephine Baker leaves America again. 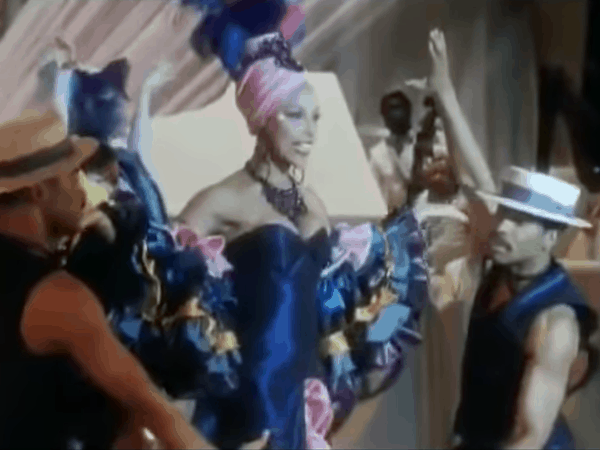 On stage in 1951 with a Cuban flair — perhaps a nod to her hugely popular show in Havana of the same period (not mentioned in the movie). 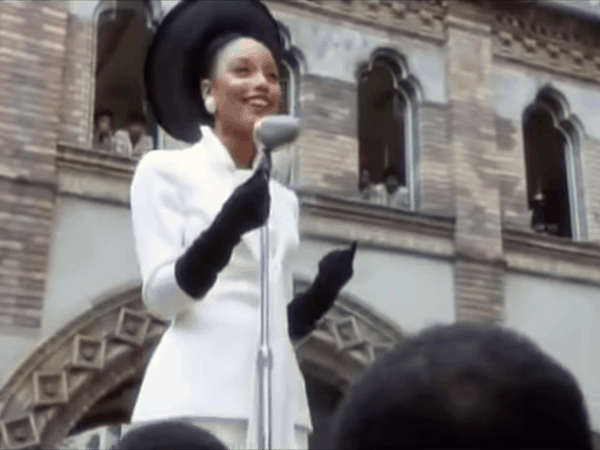 Wearing a Dior New Look style in her Josephine Baker Day speech — the text is partly lifted from her speech at the 1963 March on Washington, alongside Rev. Martin Luther King Jr. 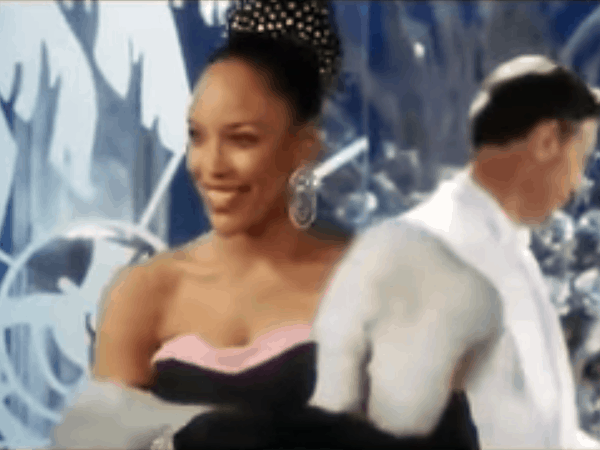 Dripping with diamonds and furs at the Stork Club.

Back in France, at her grand chateau, she and her husband adopt children from around the world in what Josephine calls “the Rainbow Tribe.” It’s her effort to show that all people can live together, and make up for the harsh childhood she experienced. But her generosity outstrips her finances, causing strife in her marriage, and her husband eventually leaves. Baker hits the road again to perform around the world and support her family, but she can’t keep the chateau going in the end. 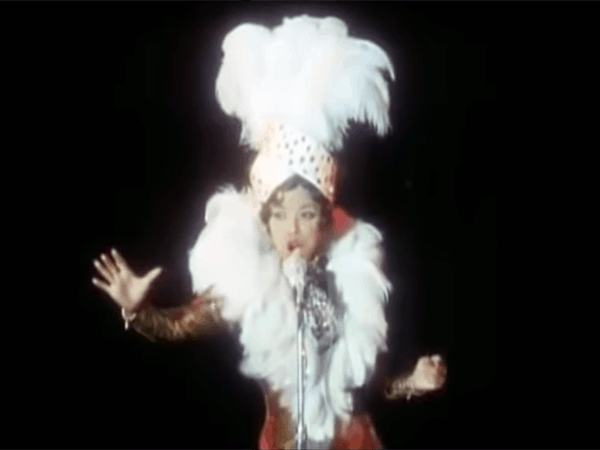 Typical of the biopic genre, the film moves from tragedy to triumph and back again, squeezing a life into a narrow format. But if all you know of Josephine Baker are that sexy dance and the iconic photos that have been copied so often, at least this movie gives her life more context for how she became famous and why this African-American woman spent most of her life in France.

What do you know about Josephine Baker?