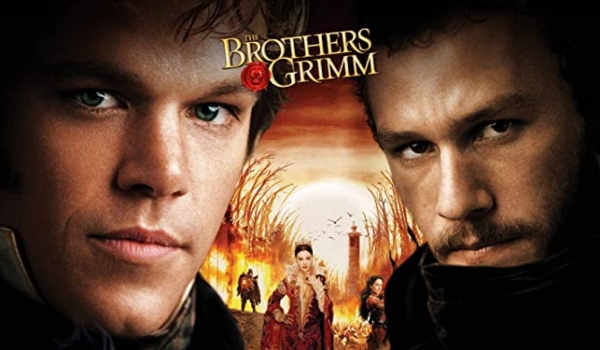 Today we take a look back at The Brothers Grimm (2005), Terry Gilliam’s film based extremely loosely on the lives of German brothers Jacob and Wilhelm who were responsible for chronicling the myths and legends of Western Europe in the early 19th century. In Gilliam’s version of the story, the brothers, Will (played by Matt Damon) and Jake (played by Heath Ledger) are basically itinerant con-artists, going from small town to small town in French-occupied Germany and preying upon the superstitious townsfolk in order to make a living. Will and Jake are swept into the investigation of missing young girls in and around the tiny village of Marbaden after falling afoul of the French General Delatombe, who gives them an ultimatum: Figure out who (or what) is taking the girls or be put to death for their crimes.

The Historical Costumes in The Brothers Grimm (2005) 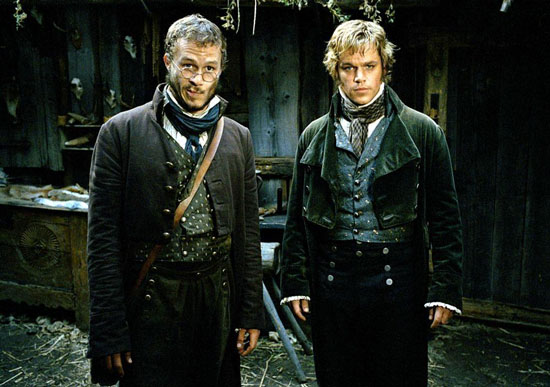 Matt Damon and Heath Ledger play the Brothers Grimm. Neither is English, yet both have a British accent, because they’re German, obviously. 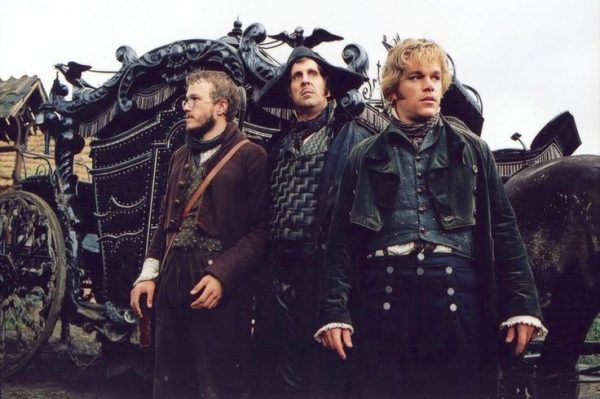 Peter Stormare plays Cavaldi, an Italian sadist in the employ of General Delatombe, who becomes an unlikely sidekick to the Brothers. 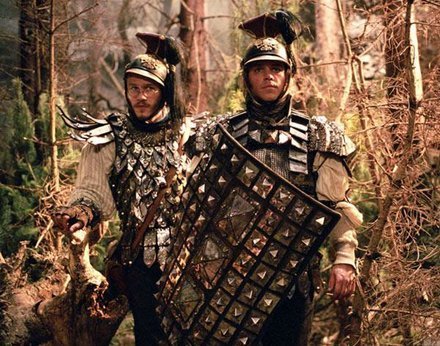 Yes, it is ridiculous armor and thankfully, it’s intentional. 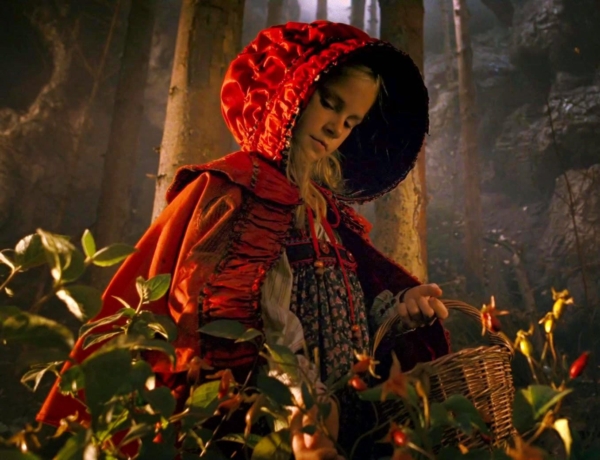 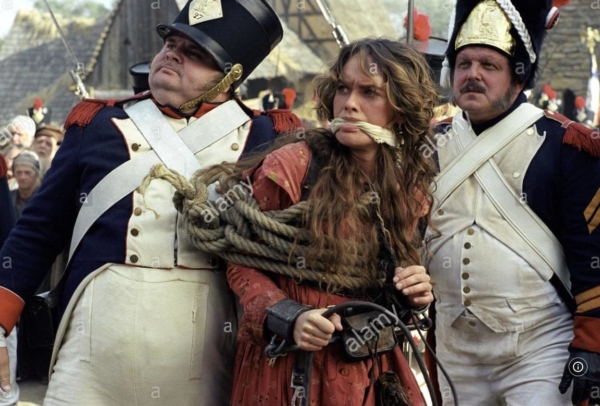 Lena Headey plays Angelika, the older sister of a missing girl who definitely falls into the tomboy category, having taken her father’s place as the town trapper after her father also goes missing. I couldn’t find an image that showed Angelika’s costumes particularly well, other than this one. She’s wearing a “Turkey Red” dyed dress, which was a very popular color in the early 19th century. 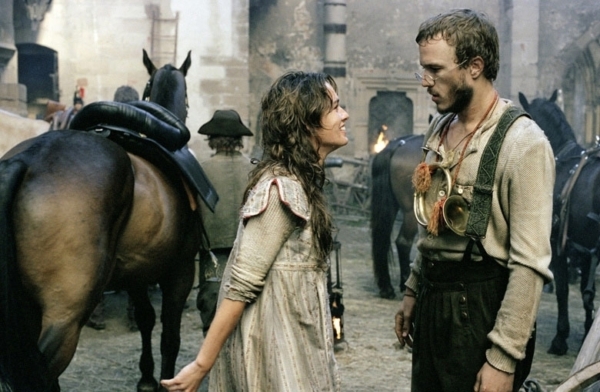 Here she’s in a shabby pinafore and what looks like a knit sweater. Hair down, of course. She ain’t got time to search for a bobby pin during The Great Bobby Pin Shortage! She’s got family to find! 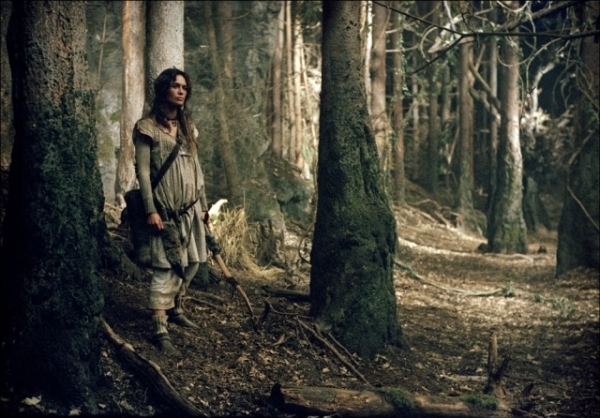 Every part of this outfit is technically correct for the period, but it still comes across as pretty inaccurate. That said, I’m including it in the “historical” list because I can document almost all of it in one way or another. 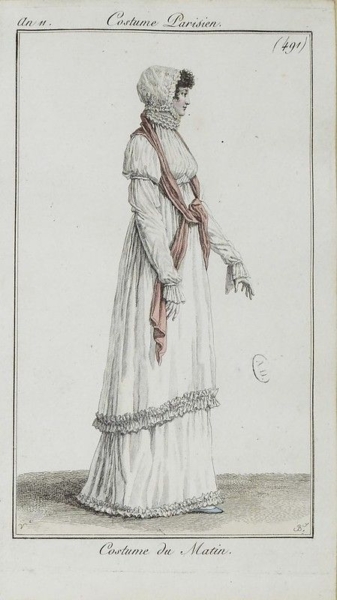 This fashion plate from 1801 shows a short gown (worn over a longer gown, yes, but go with me here). 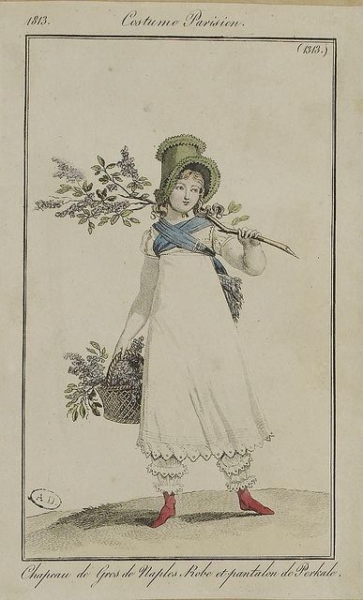 A young girl wearing bloomers and a short gown from 1813. Again, we can quibble that Angelika is too old to be tromping around in short skirts and bloomers, but I guess if you’re a practical young woman circa 1800 and you’ve got some tromping to do in the woods, this would be pretty practical. 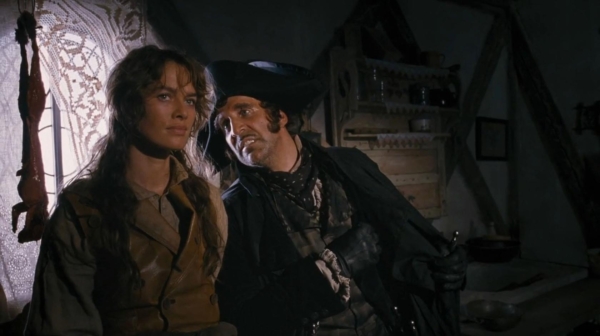 Hey, at least they didn’t keep her in men’s clothes the whole time! 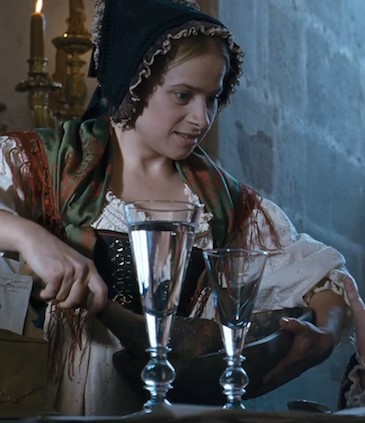 One thing I especially loved about the female villagers’ costumes was that they all were very obviously based on folk dress of the region. Unfortunately, I had a hell of a time finding any good shots of these costumes online and all my attempts at screencapping the movie weren’t much better. So this is as good as it gets!

The Fantasy Costumes in The Brothers Grimm (2005)

First and foremost, we will deal with the two costumes worn by Monica Bellucci as The Mirror Queen, since they’re probably the most recognizable outfits from the film. Remember how I mentioned that Pescucci costumed Dangerous Beauty? Well, the similarity between The Mirror Queen’s red dress and the “courtesan” gowns from Dangerous Beauty cannot be missed: 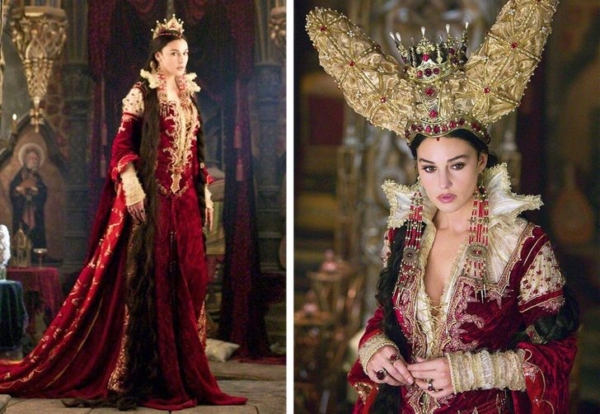 Monica Bellucci as The Mirror Queen in The Brothers Grimm. 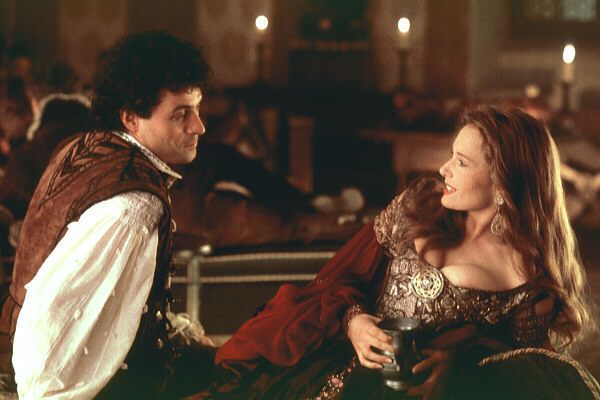 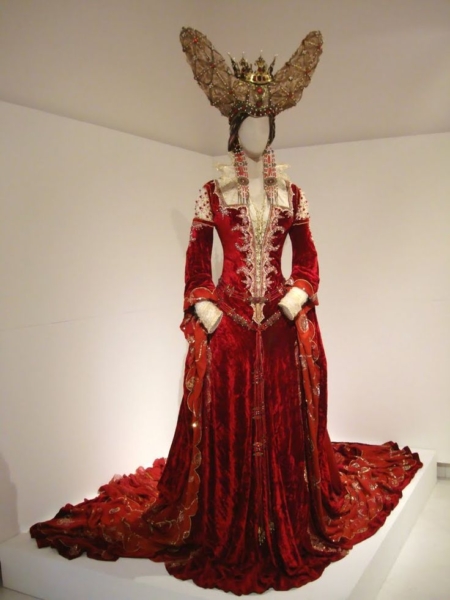 But that’s not to say it isn’t a FABULOUS gown, even if it’s in no way historically accurate. The Mirror Queen was supposed to be the Thuringian bride of Childeric I, so she would have been alive in the 5th century and absolutely not wearing anything remotely like this. 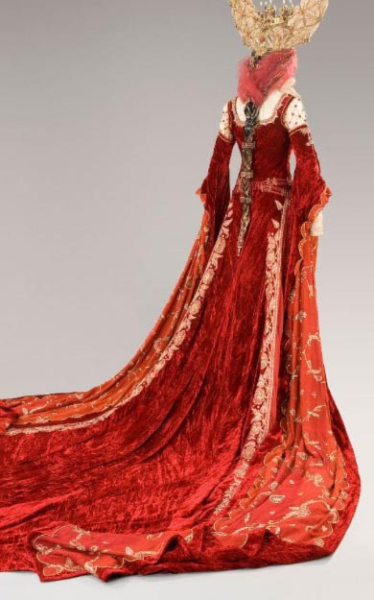 However, if you’re going to be THE evil queen, this is not a bad look. 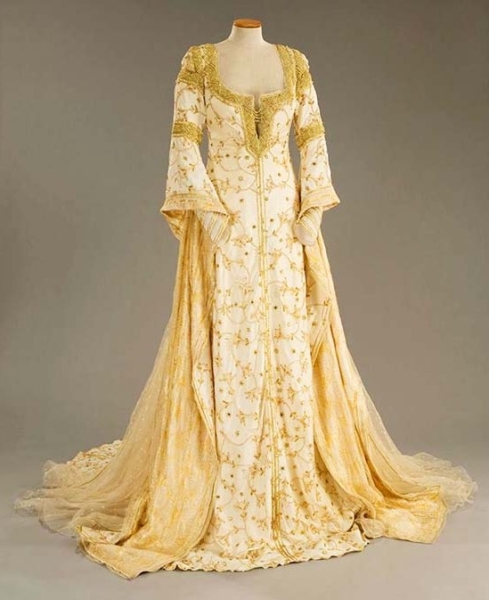 This is The Mirror Queen’s wedding gown, which is only briefly seen in the film. Again, not historically accurate for 5th-century Germany, but really, really gorgeous. 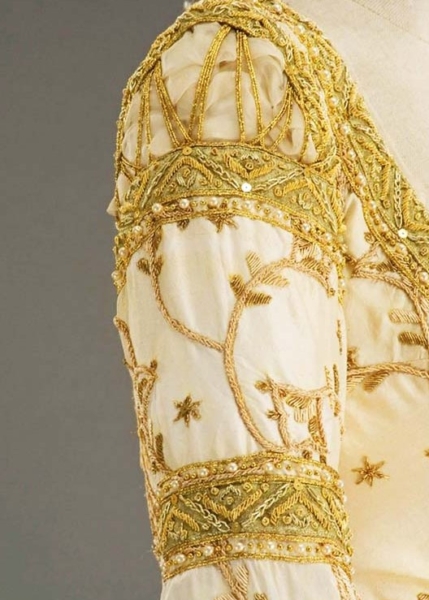 The gold bullion embroidery details on the dress are beautiful.

Finally, I really liked the costumes that the kidnapped girls wore when they were placed in their “graves.” Very evocative of Pre-Raphaelite paintings, don’t you think?

Did you see The Brothers Grimm? What did you think of the costumes? Share your thoughts with us in the comments!