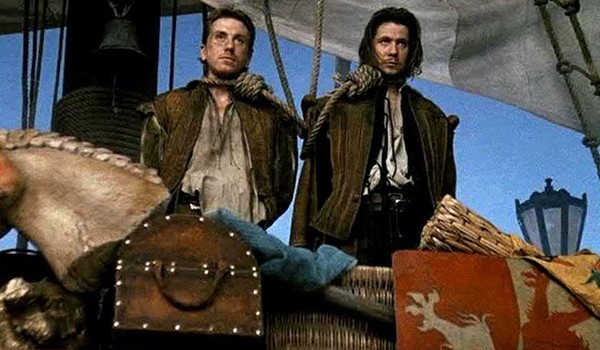 Juicing up Shakespeare is nothing new. The producers of TNT’s Will  and ABC’s Still Star Crossed think they’re so clever, but Tom Stoppard has trod this territory before and a million times better. I needed an antidote to watching the Will premiere, so I turned to the old reliable Rosencrantz & Guildenstern Are Dead (1990) for a sassy, smart, sideways look at the Bard’s Hamlet. 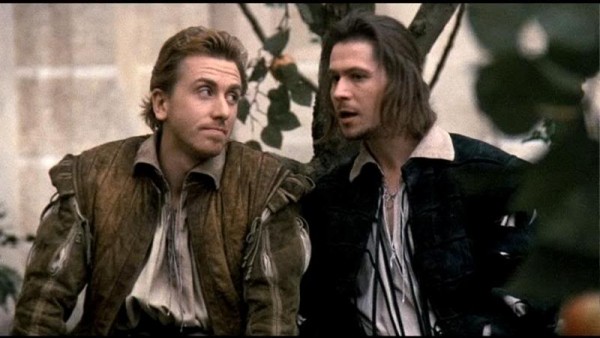 Tim Roth as Guildenstern and Gary Oldman as Rosencrantz

For anyone out there who didn’t know, Rosencrantz and Guildenstern are minor characters in Hamlet — childhood friends of the protagonist, who are supposed to gather info about him for the king and are killed by the end of the original play. Stoppard wrote a play, and then this movie, positing these guys as the main characters, with the action of Hamlet as secondary. It’s very meta and also very funny. The theater troupe that performs the play-within-the-play also becomes more prominent characters, and the subject of actors and acting as a reflection of life is a strong theme (typical of Stoppard; see also, Shakespeare in Love).

Fun fact: Watching Rosencrantz & Guildenstern Are Dead together was a crucial element to me and Sarah hanging out when we first met. Because we’re both renfaire nerds at heart, and the wordplay in this is like a grown-up version of Monty Python (we’re both Python nerds too, but you knew that). 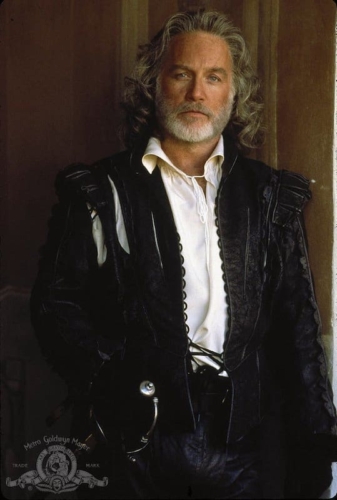 “We’re actors! We’re the opposite of people!”

This movie is all about the fast-paced dialog, and thus the costumes are perfunctory affairs. Everyone is wearing solid 16th-century English-y renaissance-y garb for that classic Shakespearean look. Costume designer Andreane Neofitou has almost exclusively designed for theater, which shows a bit in the fabric choices, but nothing looks all that wrong, just a few cliche touches. Most of the men wear their leather doublets open with shirts exposed, and they’re wearing boots, not shoes, and hardly a hat is available to doff to one’s betters. Likewise, the two women, Gertrude and Ophelia, what little that’s seen of them, are dressed in fairly generic renaissance gowns with a profusion of theatrically royal bling and shiny dead-dino fabrics. These things are not too distracting because of the verbal firepower that keeps you fully engaged. 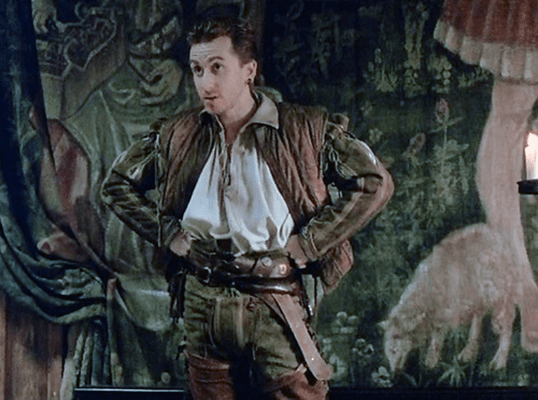 Leather, a bunch of belts, and a codflap. 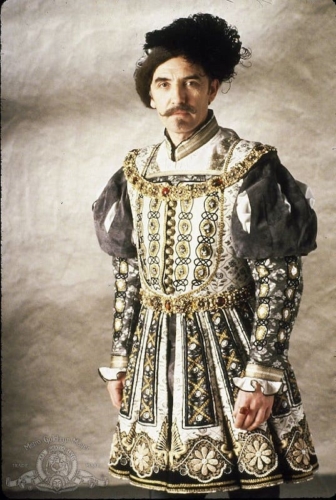 Claudius gets a very fancy Tudor-esque outfit as the new king. 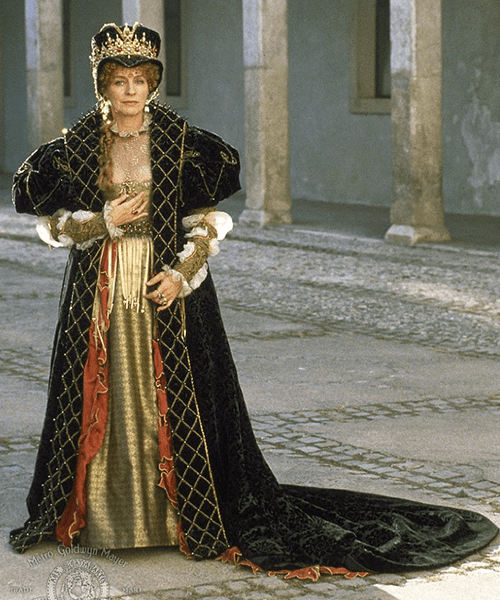 Gertrude only wears this trained robe in promo stills. 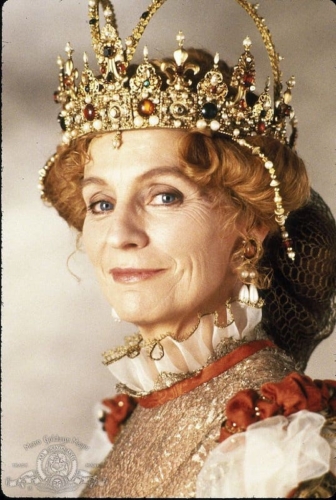 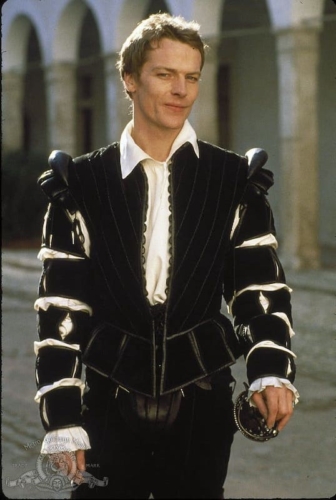 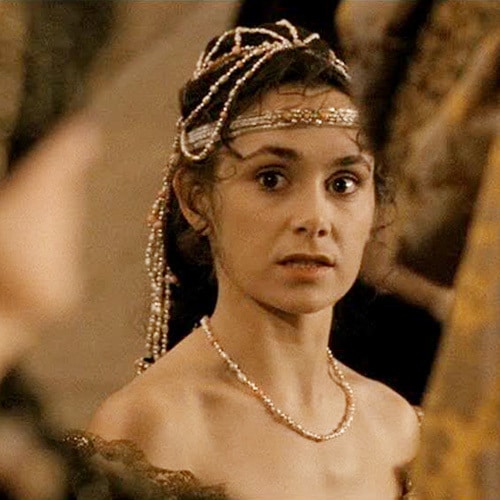 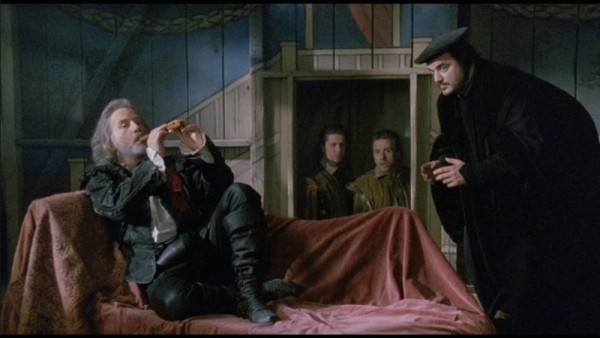 “The bad end unhappily, the good unluckily … that is what Tragedy means.”

Shall we play a game of questions? Have you seen Rosencrantz & Guildenstern Are Dead?