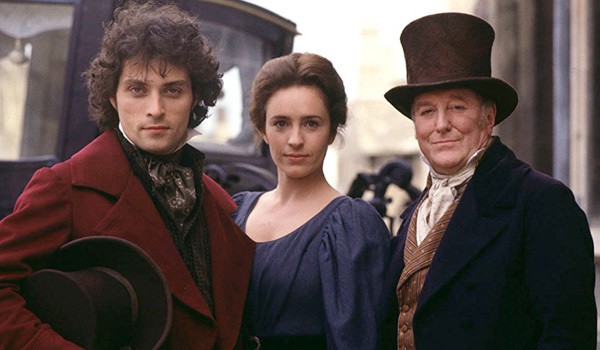 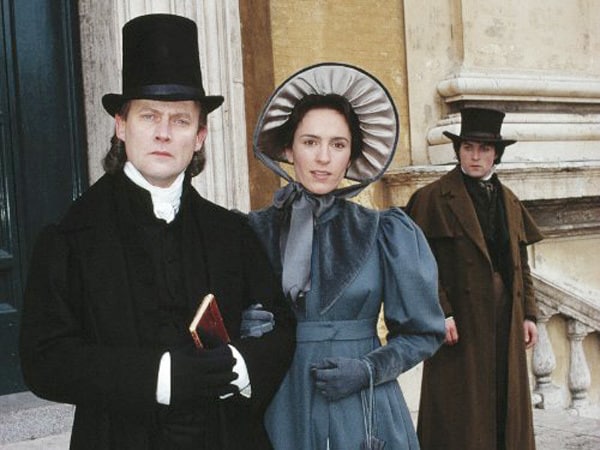 Set in a small English town specifically between 1829 to 1832, the original book is subtitled “a study of provincial life.”  There are two main romantic plots and several minor storylines entwined around them. The first major story is about the idealistic Dorothea Brooke (Juliet Aubrey) who first marries a much older scholarly type, Reverend Casaubon (Patrick Malahide), and then she eventually falls in love with his young cousin Will Ladislaw (Rufus Sewell). The second key story is around Dr. Tertius Lydgate (Douglas Hodge) who comes to Middlemarch with plans of research and reform but marries social-climbing Rosamond Vincy (Trevyn McDowell). 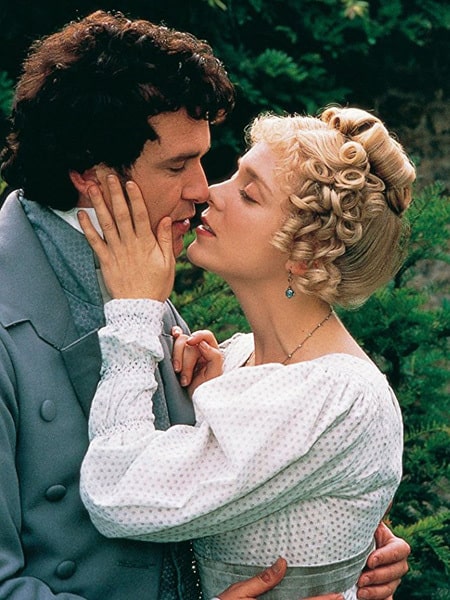 Costume designer Anushia Nieradzik had done plenty of historical TV series before Middlemarch and went on to design costumes for films such as Belle (2013), A United Kingdom (2016), and Journey’s End (2017). For this TV miniseries, the costumes are not always flashy but very slice-of-life, showing everyone from raggedy poor farmers to the posh landed gentry and the folks in between. Reportedly, this was the most expensive series the BBC had made up to that point, equivalent to how much Merchant-Ivory spent making Howards End (1992). Both the costumes and production design reflect money and time spent, as well as a strong commitment to historical accuracy. 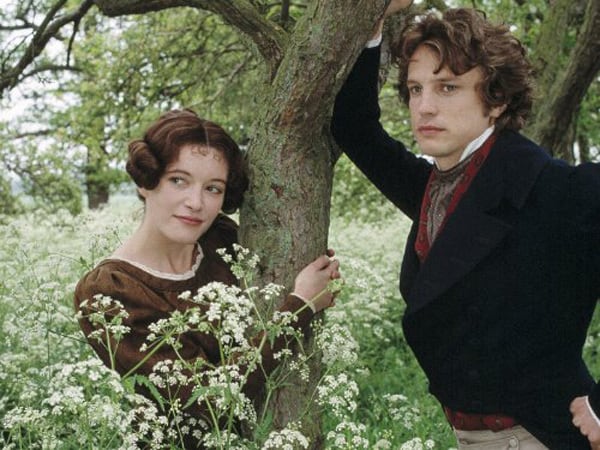 Rosamond’s brother Fred is a spendthrift, but he’s in love with the far more sensible Mary. 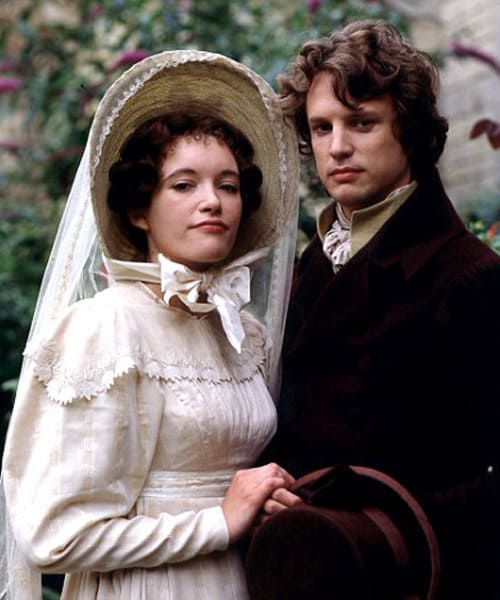 She and her father help make Fred into a solid citizen. Note the fine but not-too-showy wedding ensemble. 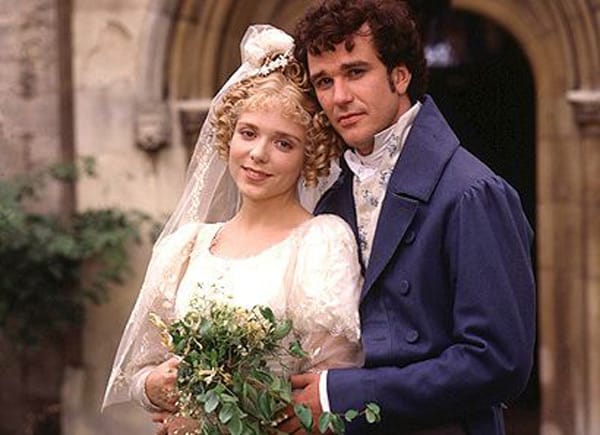 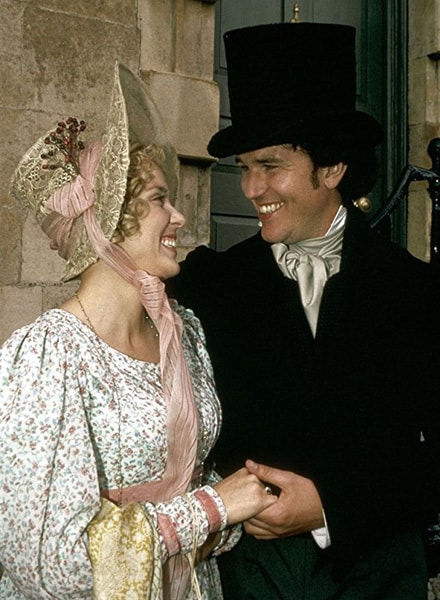 Rosamond has a new gown and bonnet in most every scene. 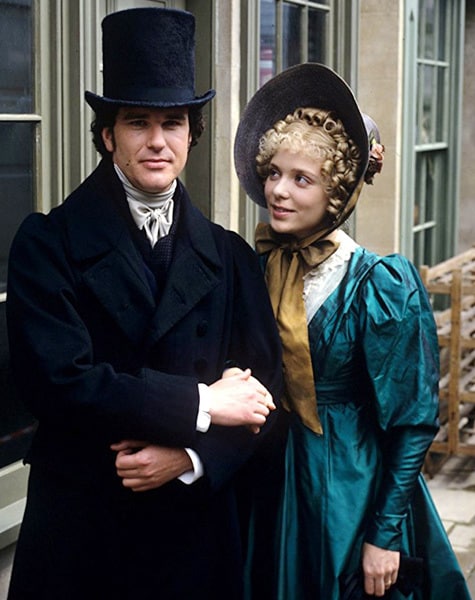 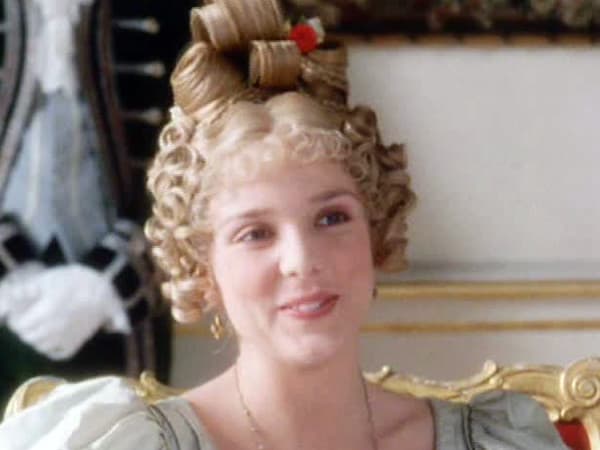 And for dinner parties, she does the elaborate hairstyles that were just becoming trendy in the early 1930s. 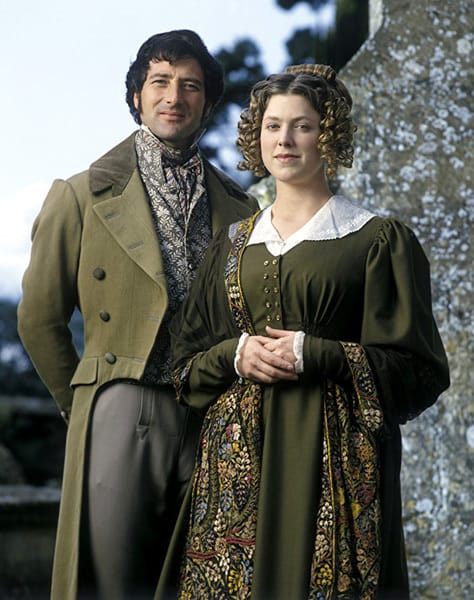 Then there’s Dorothea’s sister, Celia, born into the landed gentry and fond of pretty things, but not a grasping, vain middle-class girl like Rosamond. Celia marries Sir James Chettam. 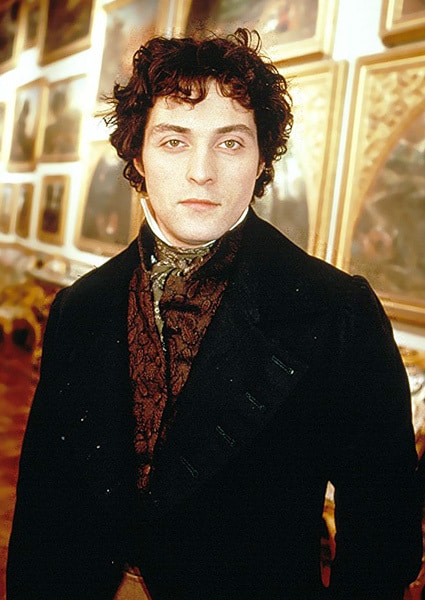 Ladislaw is idealistic, much like Dorothea, except he is poor. 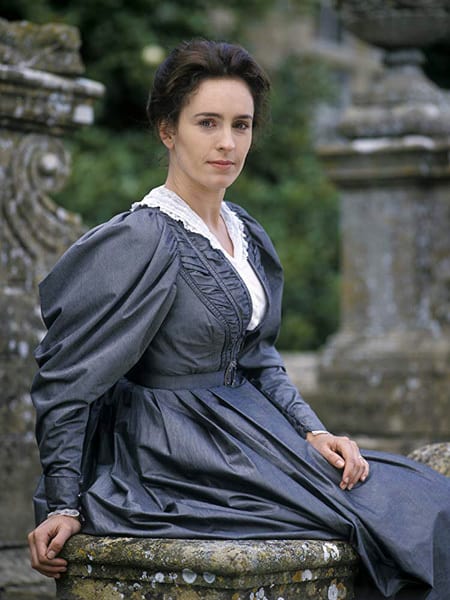 Modest, and simple, Dorothea eschews fashion for a life of the mind. But still looks totally up to date.

Have you seen Middlemarch? Will you be watching (or rewatching) it on Amazon now?