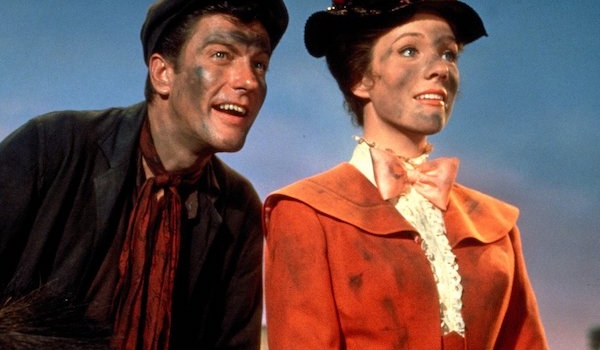 50 years ago yesterday, Mary Poppins premiered and released a practically perfect nanny, “supercalifragilisticexpialidocious,” dancing penguins, and the worst Cockney accent in the history of film or theater upon the world. And some people still haven’t forgiven Walt Disney for it.

However, I love the crap out of the songs, being a big fan of musicals (shush). Also, my college sorority (shush again, you) wrote a dirty song to the tune of “Supercalifragilisticexpialidocious” — ask me to sing the chorus over cocktails sometime.

Anyway, costumes, yeah, the movie had some. 1910s as seen through the 1960s. Much like Dick van Dyke’s accent, the costumes didn’t hit the mark most of the time and only gave a vague essence of the era until they wildly veered off into fantasy land. But it’s a kid’s movie, right? So I guess we’re not supposed to care. 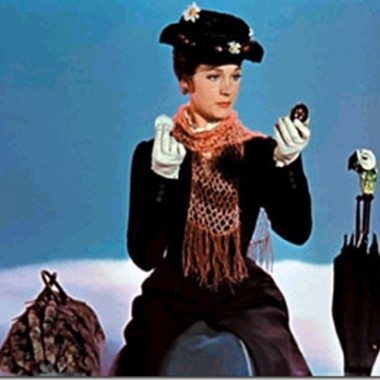 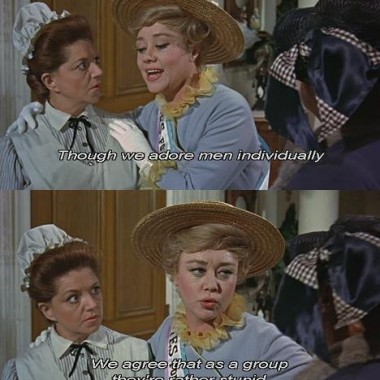 the mom Winifred is a suffragette – kind of a throwaway character, but her one song has some funny lines 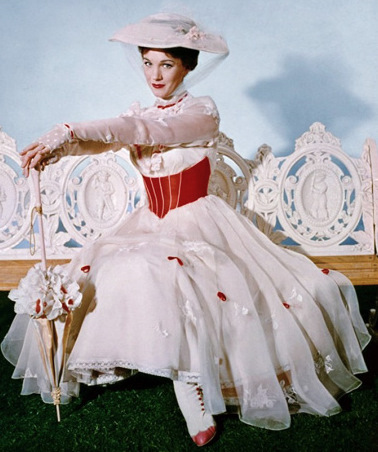 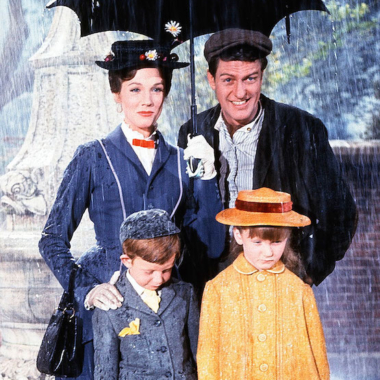