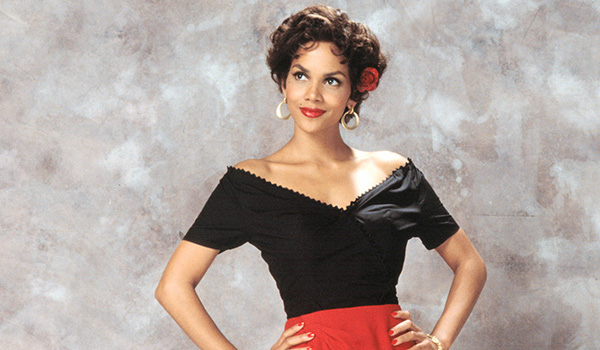 Dorothy Dandridge is the first African American actor ever nominated for the Academy Award for Best Actress. This was for her performance of Carmen in Carmen Jones (1954). So it’s prescient and fitting that Halle Berry portrays Dandridge, as Berry later became the first African American woman to win the Academy Award for Best Actress for her performance in Monster’s Ball (2001).  She won a Primetime Emmy Award and a Golden Globe Award for her portrayal here in Introducing Dorothy Dandridge (1999), which she co-produced as well. 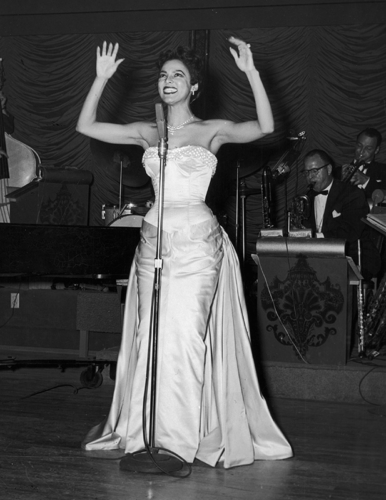 Dorothy Dandridge on stage in the 1950s. 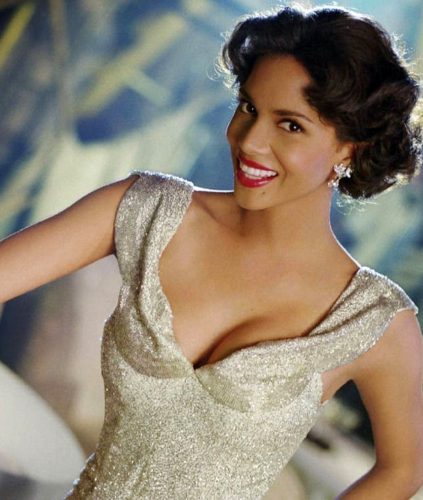 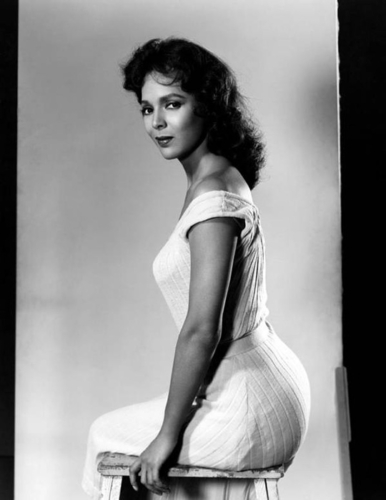 Dorothy Dandridge in a promo for the 1958 movie The Decks Ran Red.

This TV movie by HBO is told through flashback, and the main story starts in the 1940s when Dandridge has a song-and-dance act with her sister and another woman who are playing The Cotton Club. They meet a male African American tap-dancing act, the Nicholas Brothers, and Harold Nicholas starts flirting with Dorothy. 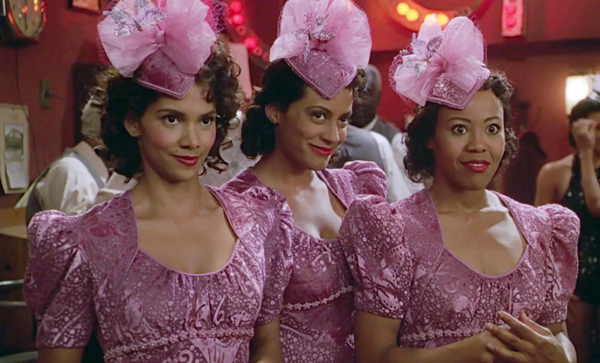 The Dandridge Sisters in their stage outfits at The Cotton Club. 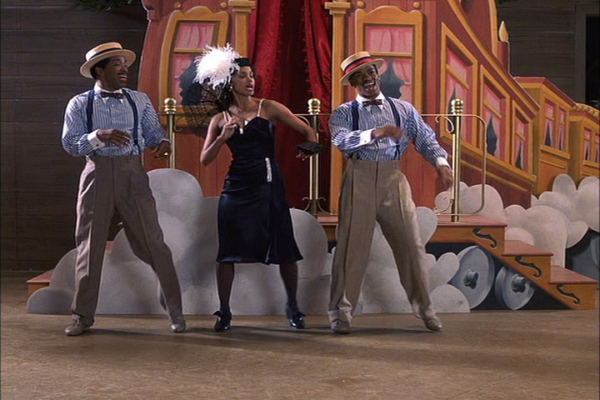 Dorothy gets small parts in Hollywood films, like this one dancing with the Nicholas Brothers. 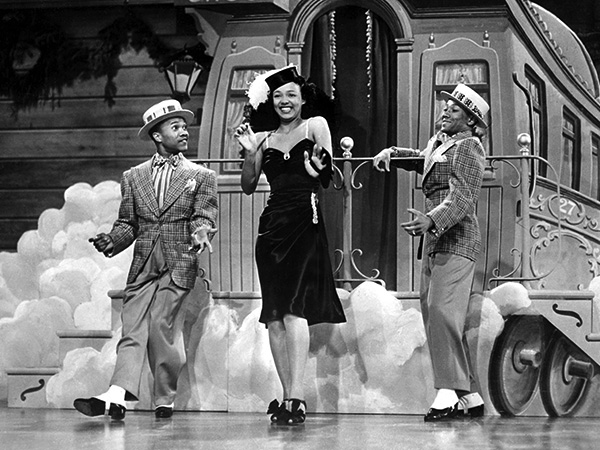 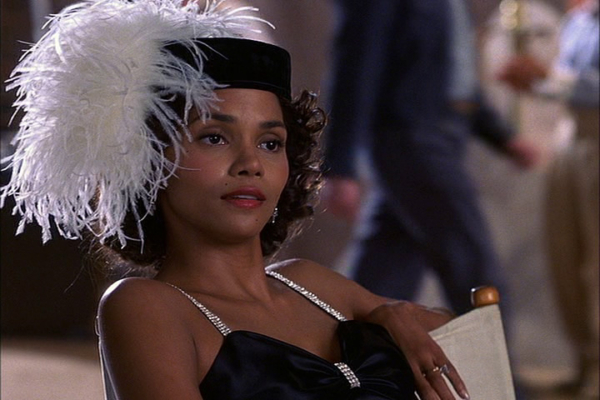 This will lead to her first marriage and her only child, a daughter born with some type of developmental disorder. Dandridge’s marriage crumbles but then her career takes off, once she meets manager, Earl Mills (played by Brent Spiner, Data from ST:TNG). 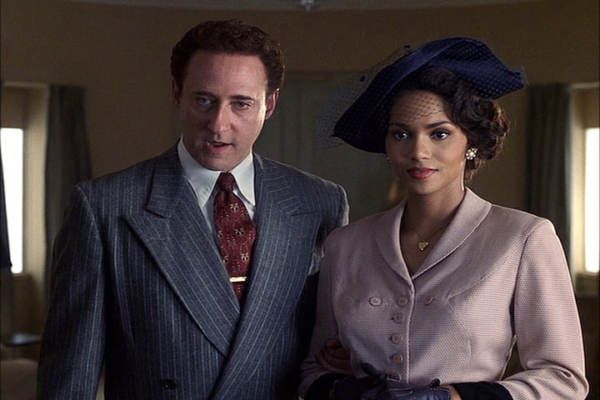 Sharp seaming on her suit & nifty buttons across the bust. 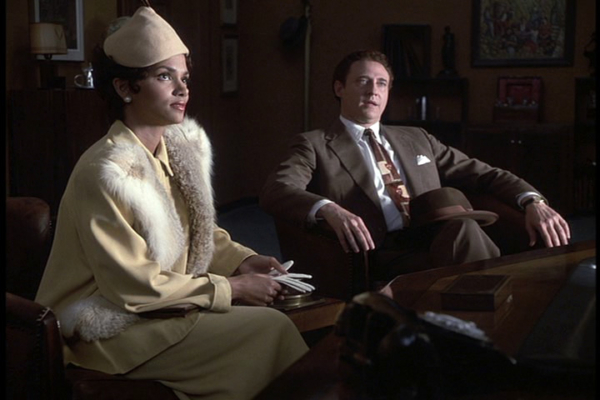 Her suits are always properly accessorized with hats & gloves.

She wants to be a serious actress, but singing pays the bills, even though the nightclubs, hotels, casinos, and resorts who hire her make her enter through the kitchen, give her broom closets to dress in, make her use a Dixie cup as a toilet, and drain the pool if she dares to dip a toe in it. 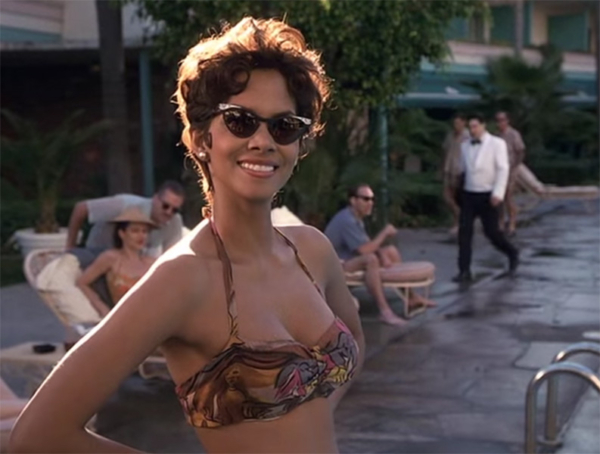 Running at 2 hours, this flick does tend to skim over parts of Dorothy Dandridge’s life, even though she died at 42. Her affair with director Otto Preminger is given a lot of screentime but her second marriage to Jack Denison is skimmed over. Her mother and older sister long outlived her but kind of disappear early in the film. Much of the story is framed by a phone call between Dorothy and a friend, Geri Branton-Nicholas, reminiscing about Dorothy’s past, but Geri is only briefly introduced once, so it’s hard to figure out just who she’s talking to and why. This is based on an actual event, they had a long phone call the night before Dandridge died. 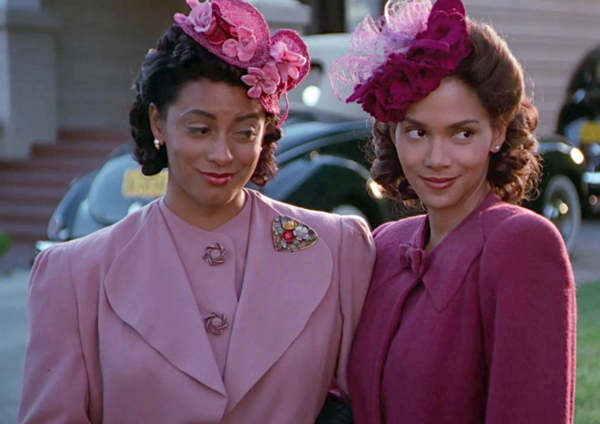 With her sister Vivian.

One background element that’s included is how Dorothy was sexually abused as a child by her mother’s lover, who stage-managed the girls’ song-and-dance act and they were forced to call “Auntie.” The affect this has on Dorothy’s sex life with her first husband and later lover is treated with exceptional sensitivity and an appropriate realism for the period. This was before people might talk openly about these things, so it’s all shown in reactions that feel believable and not re-traumatizing.

In all, the title of “Introducing Dorothy Dandridge” feels accurate because this is just an introduction. A good, entertaining one, but it feels like scratching the surface. I can see her appeal as an actor and singer (now I want to watch Carmen Jones and Porgy and Bess!), I’m interested in her life, but I don’t know much about how she got where she did and what happened in between other than some racism at performing venues. I suspect there’s more to her story. 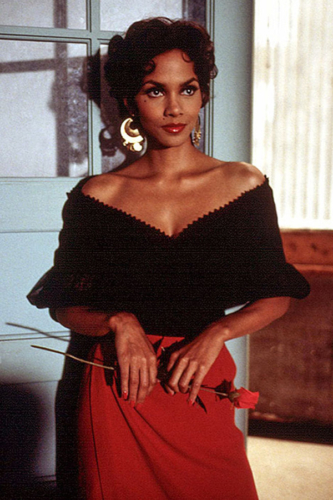 The filming of a key scene from Carmen Jones is recreated in this movie. 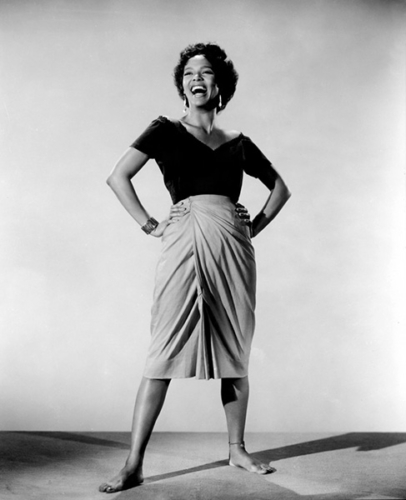 A 1954 promo pic of Dorothy Dandridge for Carmen Jones.

Introducing Dorothy Dandridge can be streamed on HBO Max currently, so check it out!