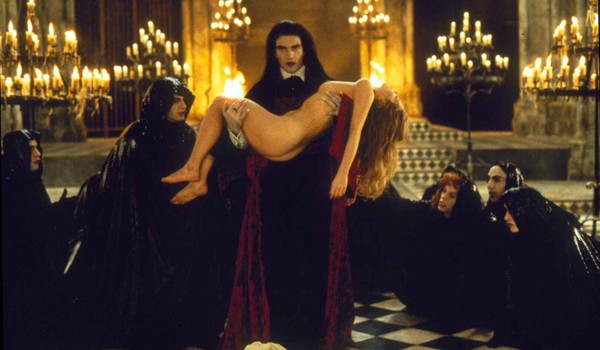 It’s a Throwback Thursday with Halloween, and thus vampires on the brain! What to say about 1994’s Interview With the Vampire? If you’re a fan of the book, you probably hold your nose at the casting in this movie. Tom Cruise makes a pretty weird choice for Lestat — the look is all wrong, but I think he really carries off the “arrogant prick” thing that character requires. Brad Pitt as Louis looks better but just isn’t as mopey and introspective as he needs to be. Kirsten Dunst is spot-on, and then Antonio Banderas, omg, hawt hawt hawt as Armand. Also, homoerotic Louis and Armand action. If Antonio had more screen time, it might make up for the rest of ’em.

Oh and I guess the costumes are OK. A bit of late 18th-century menswear first, and then Victorian bustle gowns on Claudia and Madeleine, blah blah blah. Distracted by looking at Antonio’s eyes. 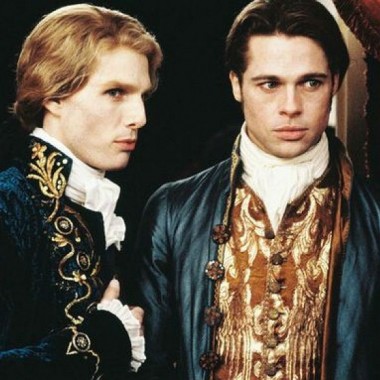 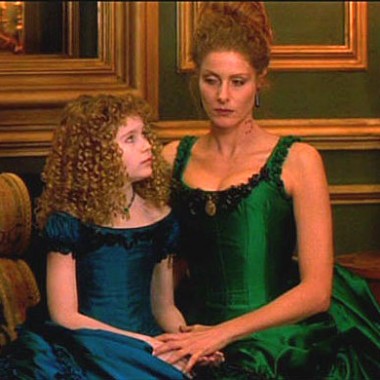 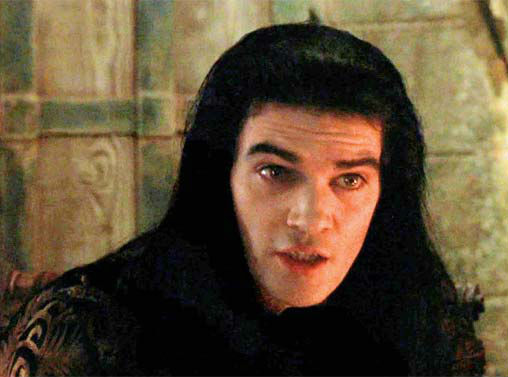 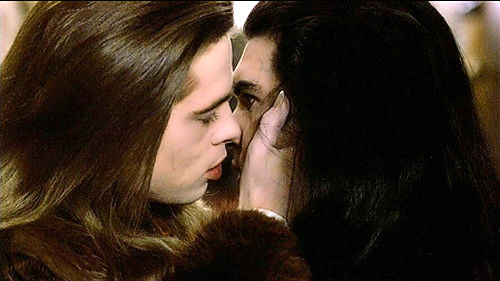 look into my eyes…