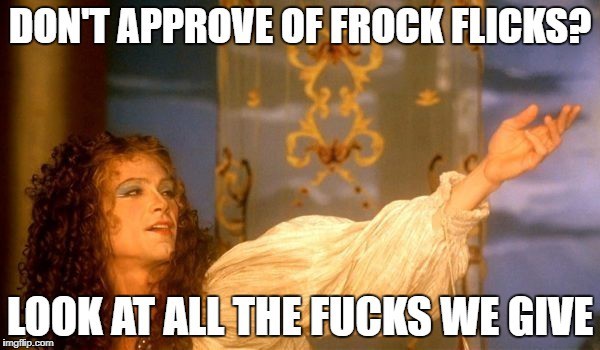 Yesterday, our Facebook page was unceremoniously removed for “inappropriate content”. Kendra, Trystan, and I were all immediately logged out and unable to log back in until we agreed to “unpublish” the page and “review” the offending content. Unfortunately, we weren’t actually given any indication of WHAT was offending, so exactly what was reported (or who reported it), we were none the wiser. In the end, we were able to republish the Frock Flicks page without issue, but the incident just underscored for us the fact that petty censorship is a fucking bullshit waste of time for everyone. 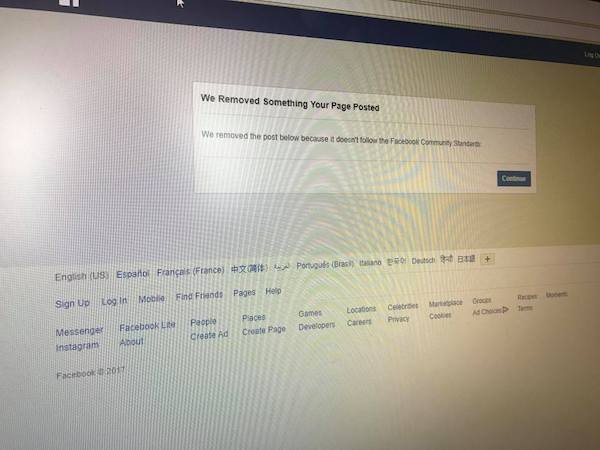 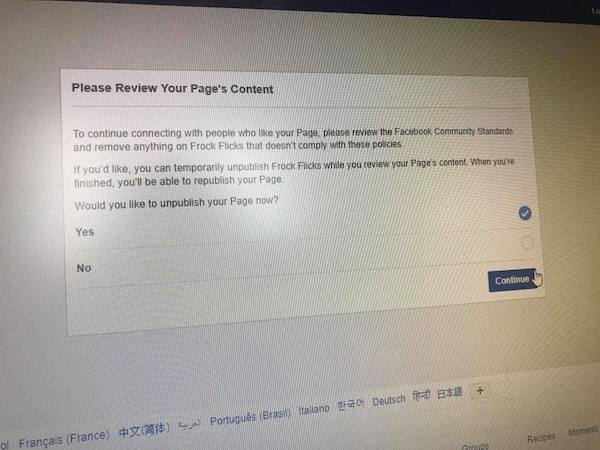 The Facebook equivalent of “Go to your room and contemplate what you’ve done.”

So, in honor of the haterz hatin’, I present to you all a Throwback Thursday of the bitchiest, snarkiest, most unapologetic asshole-y posts in Frock Flicks history.

All the times people completely missed the point of this website. 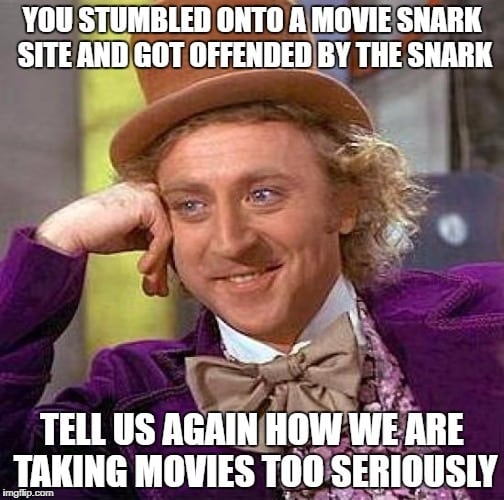 Hi. You must be new here. Please review our FAQ before you post the same bitchy “why don’t you just chill, it’s only a movieeeeee?????” complaint in the comments that literally EVERYONE has read before.

Occasionally, it even bleeds over into the Facebook page.

That time we came out of the gate swinging, taking on the biggest myths of the 18th-century.

You want to throw down with three 18th-century historians? Kindly step into the ring and give it your best peeing-in-the-corner-at-Versailles shot. 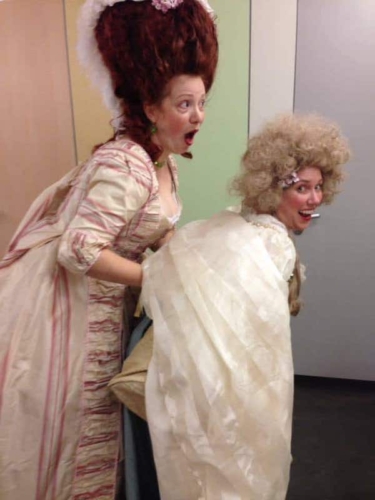 Yes, we checked Versailles personally. No pee stains in any corners. But we did find the time to get inappropriate in the bathroom!

Sometimes we inadvertently hit a nerve without even trying. 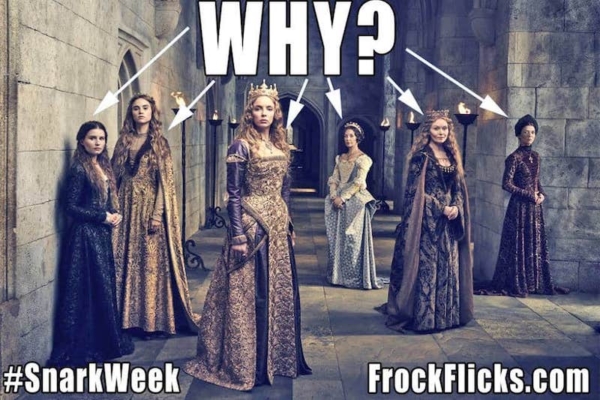 We still don’t know why.

People were REALLY unhappy with Kendra’s review of Pride & Prejudice & Pigs. We’re still getting comments on it, TWO FUCKING YEARS AFTER THE FACT.

And ditto with my post on remakes. Jesus, people, it’s just an opinion piece!

Who knew head necklaces, feminism, derpy bonnets, The White Princess, and all our goddamn swearing were such a sore spot for some of you?

Other times, we accidentally make such an impact just doing our snarky thing that mass-media outlets pick up on us!

Kendra’s War & Peace recaps were so popular (and controversial), we even managed to get name checked by The Telegraph! We were just psyched it wasn’t The Daily Mail.

Got a problem with Frock Flicks? Who wants a piece of this?