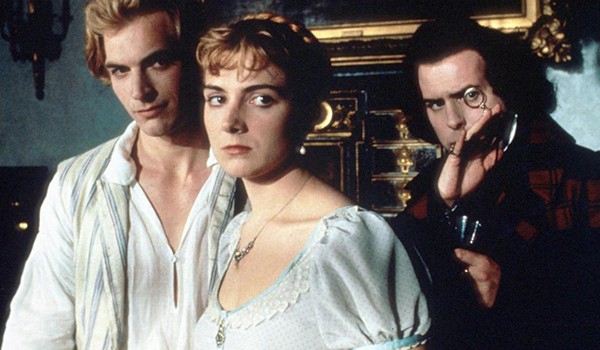 A little Halloween-month treat — this 1986 historical horror film Gothic was a HUGE favorite among me and my goth friends during college (suckered in by the name, no doubt). We must have worn out a videotape, watching it any weekend we weren’t going to a dance club. 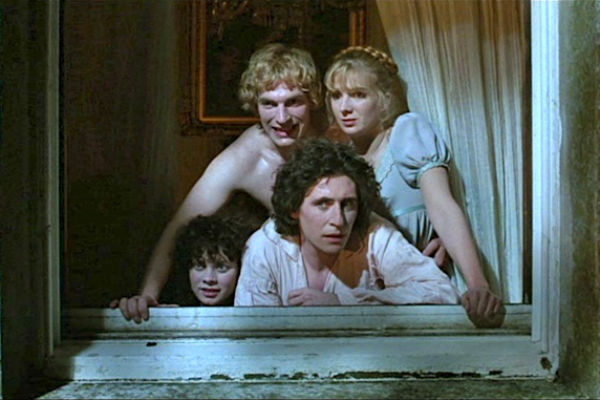 Things are gonna get crazy!

The movie tells a highly fictionalized and sensationalized version of the summer in 1816 that Mary and Percy Bysshe Shelley and Mary’s stepsister Claire Clairmont spent time near Lake Geneva with Lord Byron and his doctor, John William Polidori. This is when Mary Shelley came up with the concept for her novel Frankenstein: A Modern Prometheus, and Dr. Polidori soon published the short story “The Vampyre,” which is one of the very first works of romantic vampire fiction. Thus, that little vacation is often seen as the origin of gothic horror literature. 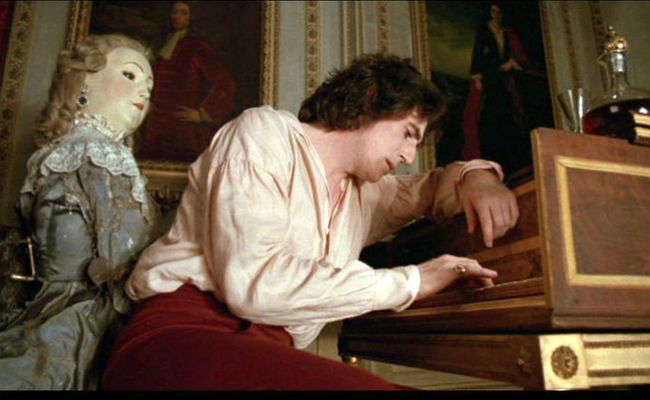 Byron, just hanging with his automaton, no biggie

Anyway, the film totally trumps this up into one very exciting night, full of spooky stories and sights, sex (both hot and weird), and lots of running around in white nighties. It’s a goth girl’s dream come true, basically. With a young Julian Sands as Shelley, yum. Gabriel Byrne as a pompous git Byron is pretty easy on the eye too. But lordy, what’s up with the ’80s perm on Myriam Cyr as Claire Clairmont? 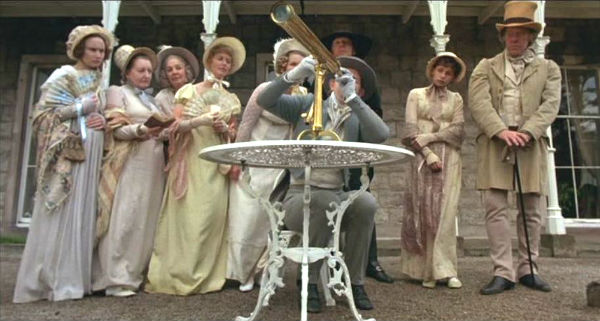 You will never see people wearing this much clothing in the movie again.

There are some decent Regency costumes in the first five seconds of the movie, and then bam it’s all shirt sleeves for the men and nightgowns for the women (and some full frontal for the gals too). In the rain. With skeletons and leeches and creepy babies. Good times!