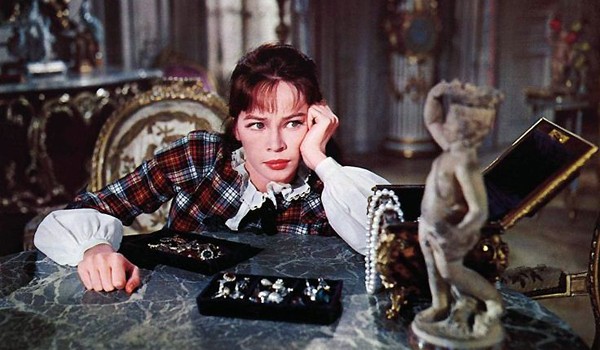 In some ways, Gigi is a test-run for My Fair Lady (1964). Famed photographer and designer Cecil Beaton created the costumes for Gigi and then did the same for My Fair Lady. He won the Best Costume Oscar for both films. They both have his stamp, with vivifd Technicolor used to tell the story and exaggerated historical details mixed with then-contemporary fashion. The costumes work carefully together with the set design as well, particularly in Aunt Alicia’s florid red parlor where Gigi learns most of her “lessons.”