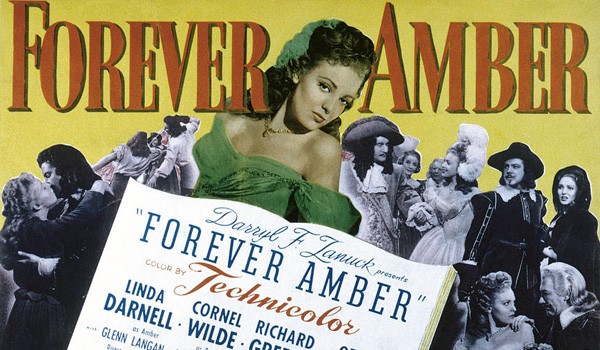 While the movie of Forever Amber (1947) doesn’t have the reported 70 references to sexual intercourse, 39 illegitimate pregnancies, 7 abortions, and 10 descriptions of women undressing in front of men that got the 1944 novel of the same name banned as pornography in 14 American states, the film was racy for its time. The main character, Amber St. Claire, has only five lovers in the movie instead of 30 in the book and bears only one child. But she’s still scheming and social climbing and gets a tragic ending she so deserves.

This flick is a classic bodice-ripping romance in many ways, with lots of implied sex and plenty of tits-out bodices. Amber bounces from one man to another in search of riches and social status, even though she’s supposedly in love with an absent nobleman-privateer Bruce Carlton. She’s no starry-eyed romantic — from the start, Amber is ambitious as hell and selfish too. Life turns her cynical about everything but her supposed true love. Apparently, the 1940s film censors required the movie to end on a more moralistic tone than the novel. That’s show biz, folks! 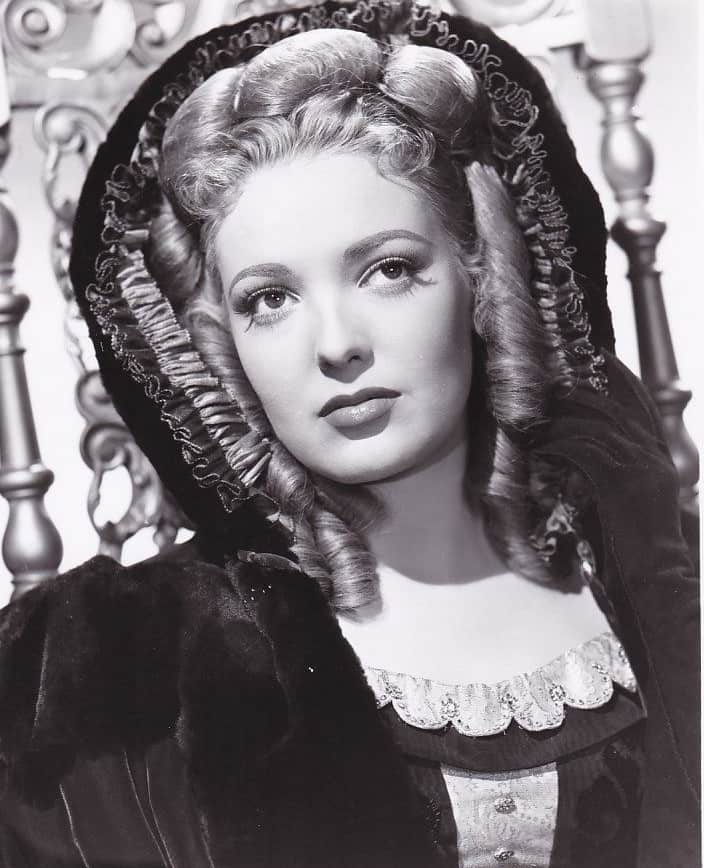 There are big hats! 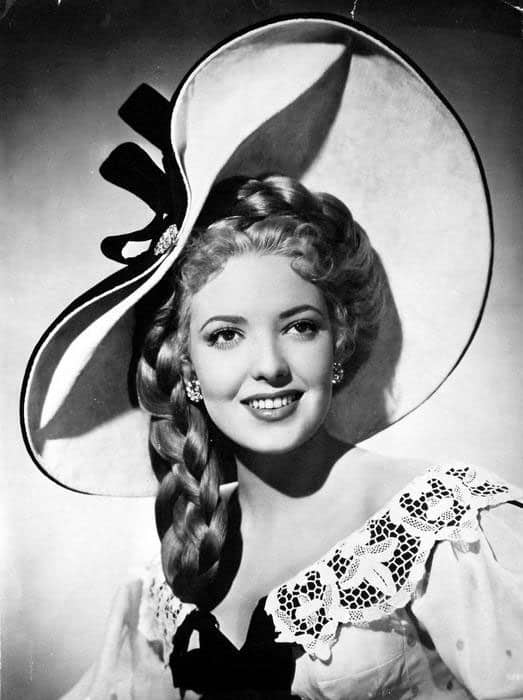 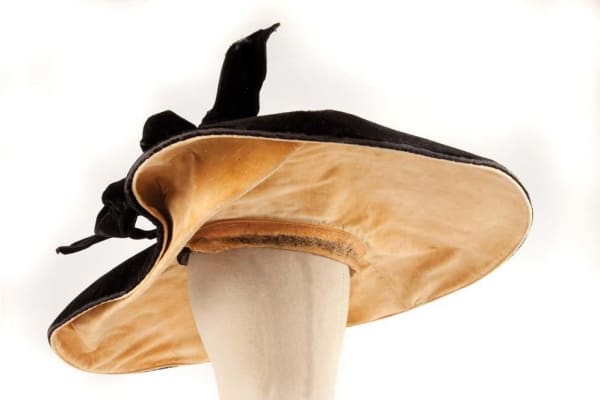 That went on sale. 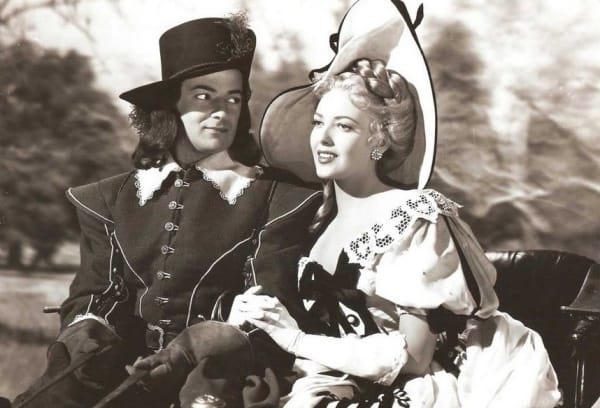 And was worn when Amber & Bruce got cuddly in a carriage. 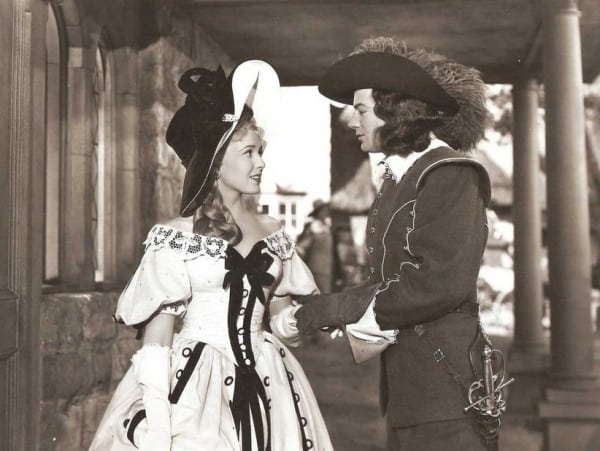 Better view of the dress that hat goes with. 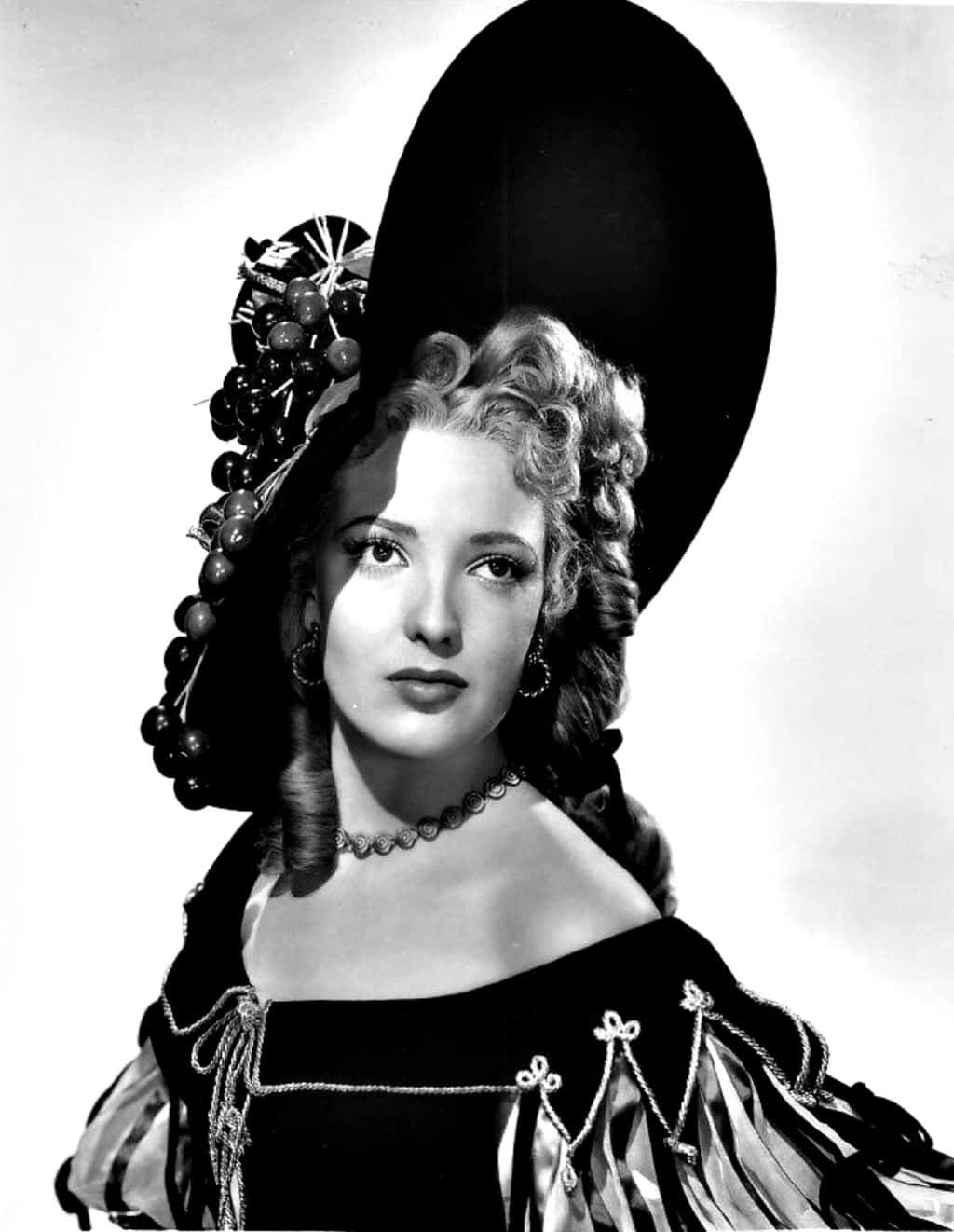 How about some cherries on top of a big hat? Sounds more Victorian than Cavalier to me, but you do you, Amber. 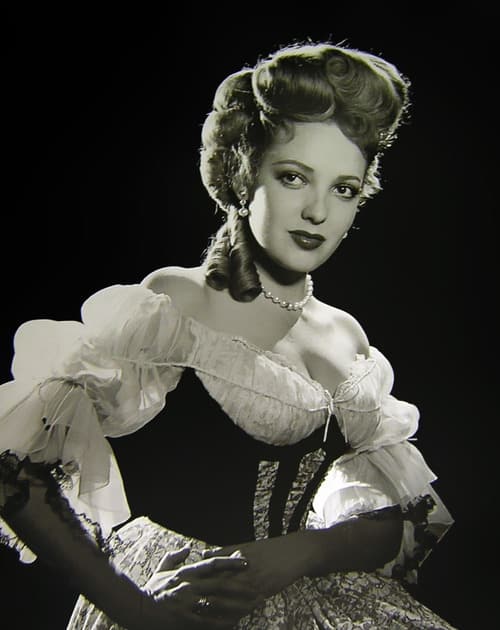 After all, this hair is kinda sorta Victorian. By way of the 1940s. 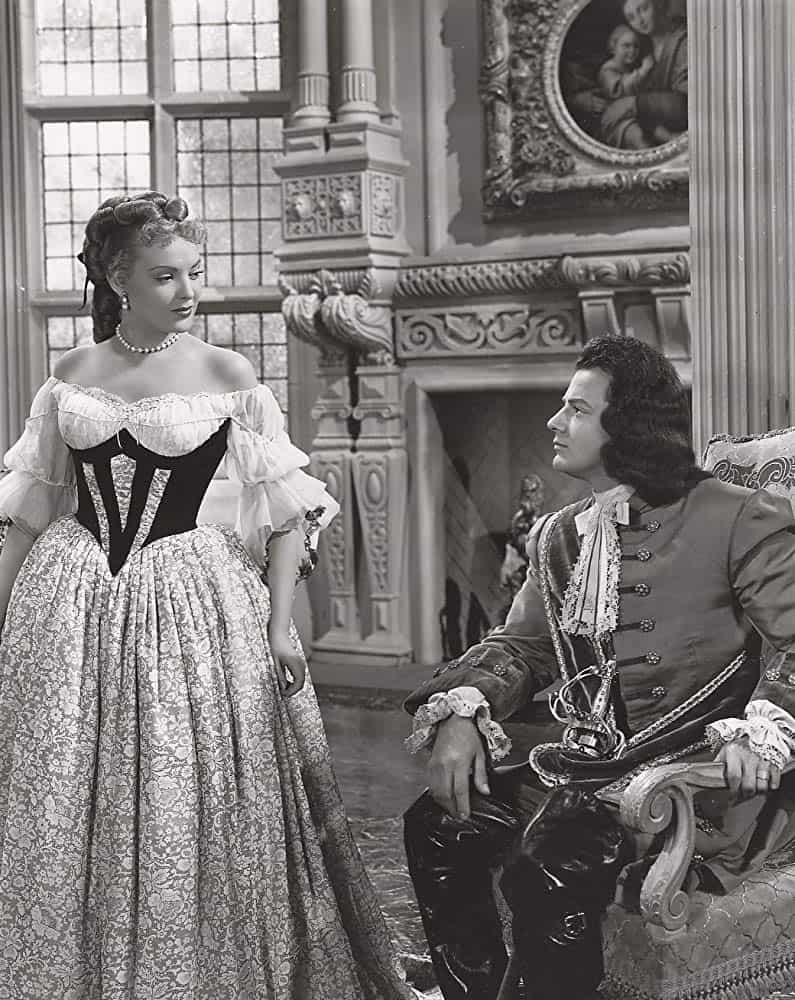 I don’t even know what to say about that bodice. Sure, it goes with the peasant blouse. But the skirt fabric? Newp. 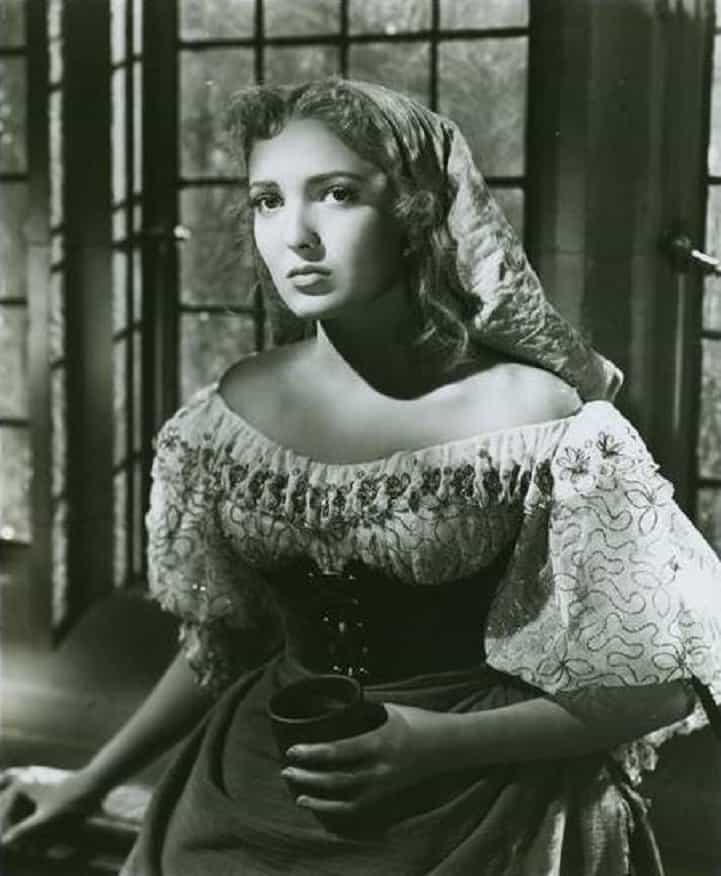 She’s got a few of these wenchy looks.

Fancy wench though, with a sequined blouse & velvet gown. I feel like Stevie Nicks would wear this with a black shawl. 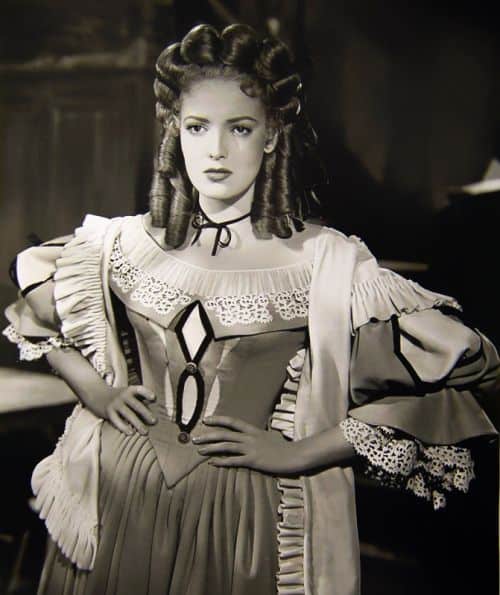 This one is more reminiscent of the 1660s. 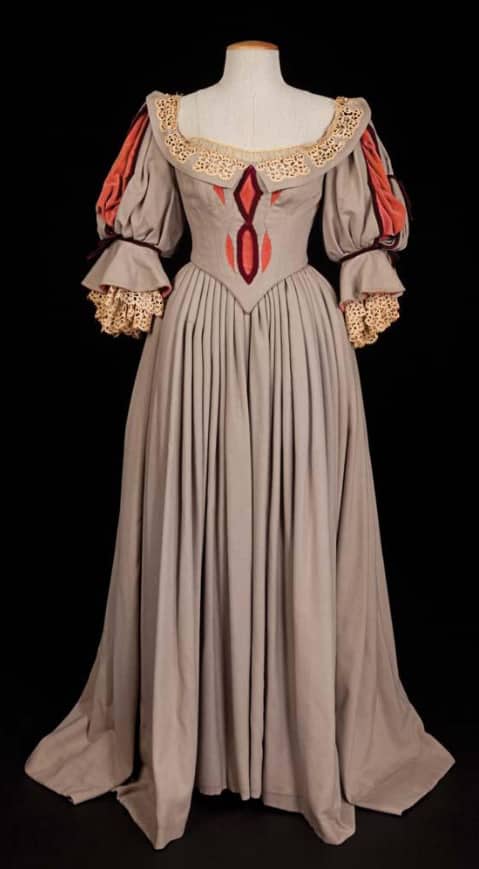 The same gown in the Debbie Reynold’s catalog. 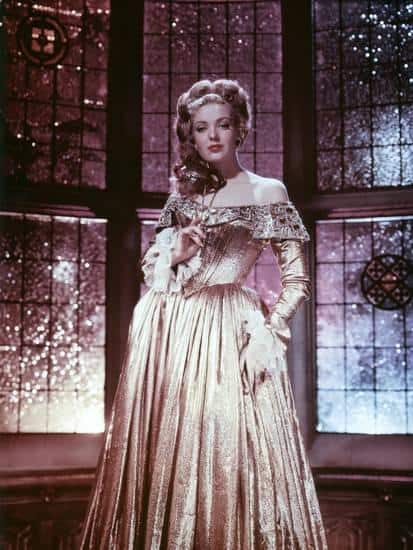 What this movie does well is glam! Gold lame with a fully gem-encrusted bertha? I’m in! 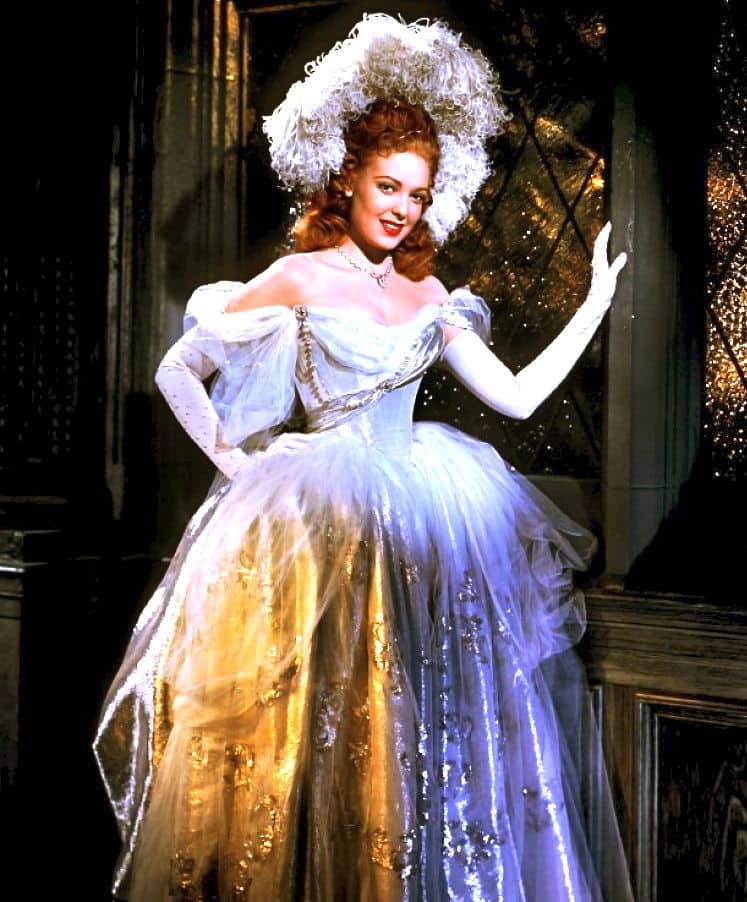 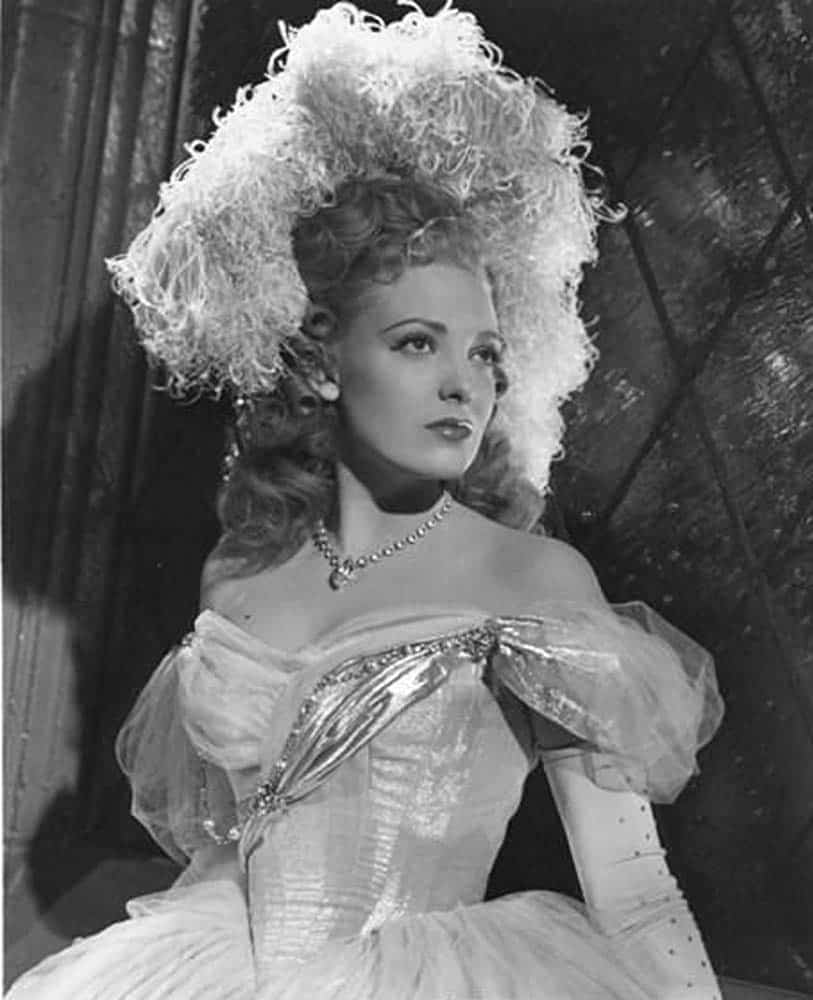 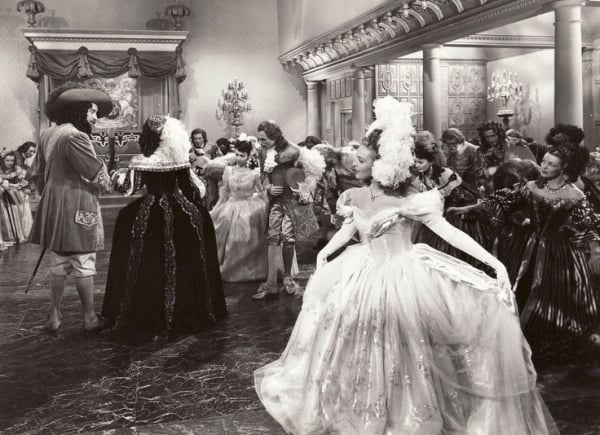 Taking up all the space! 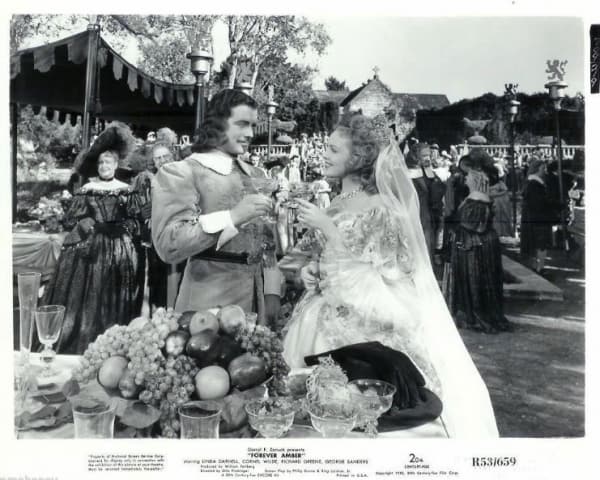 Marring an earl for his money, as you do. 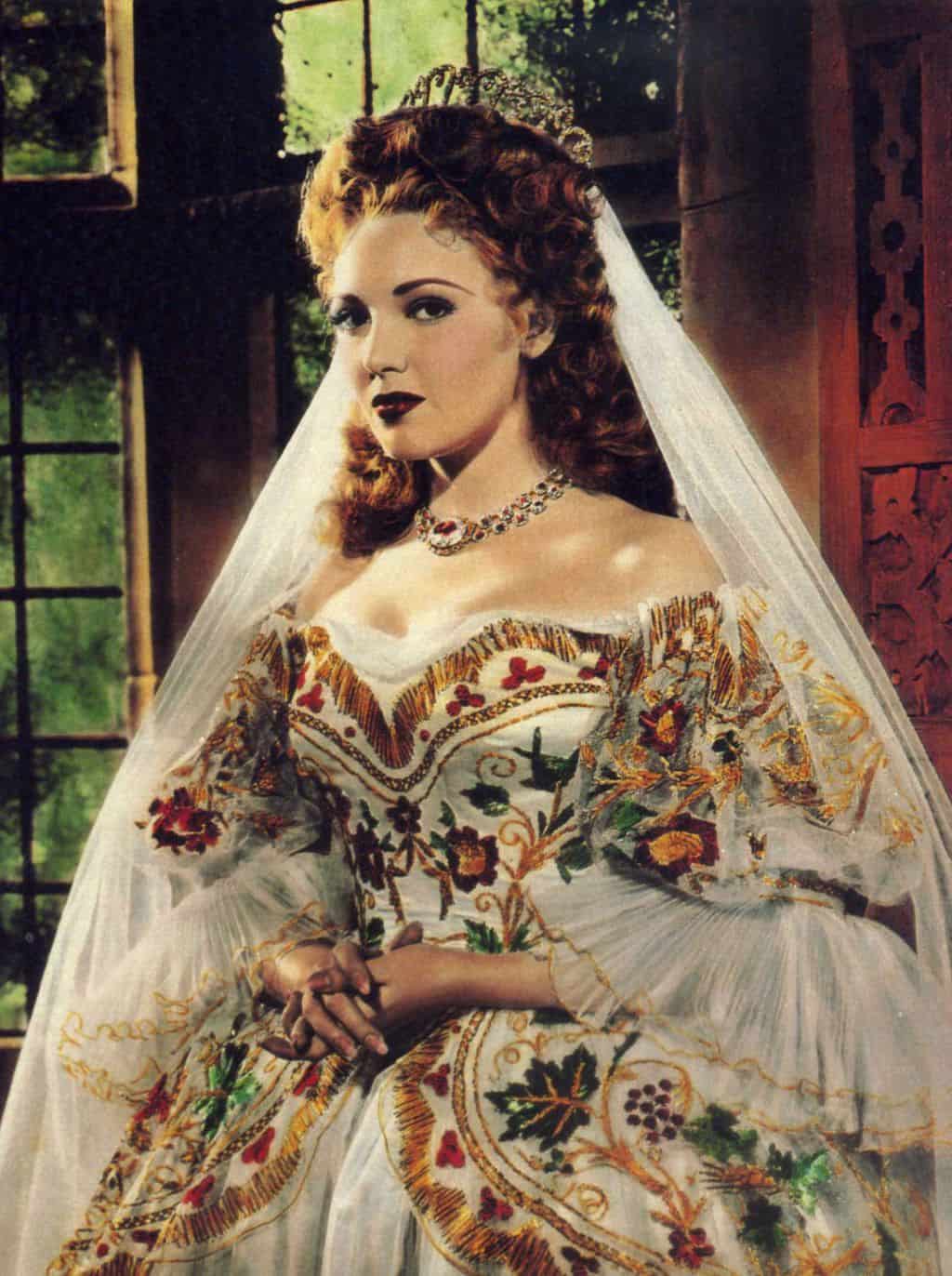 Wearing a super-glam wedding gown, as you do. 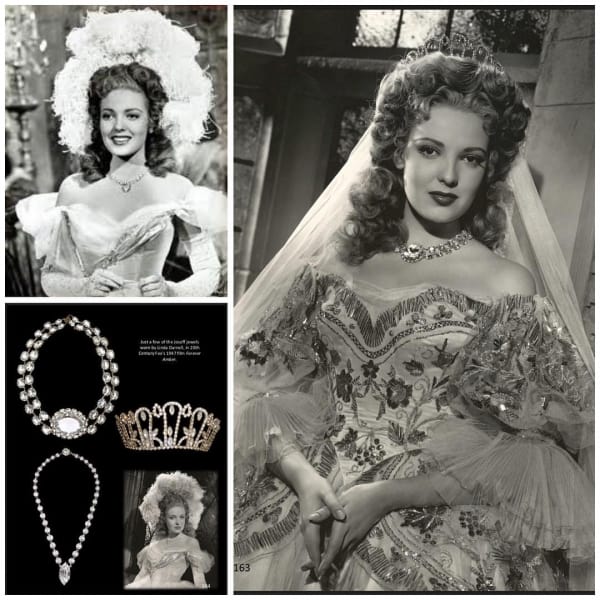 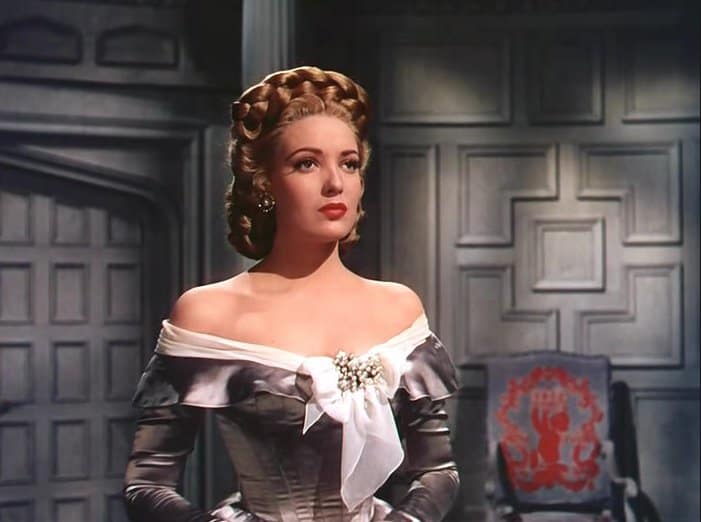 Finishing up the film in a subtle satin gown. 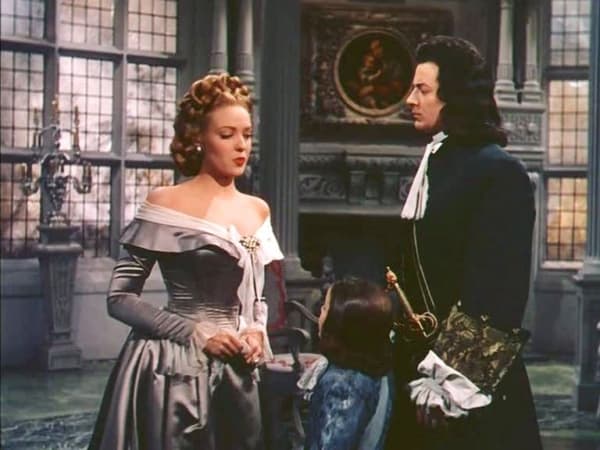 That bears very little resemblance to a period other than the 1940s.

Have you seen Forever Amber or read the book?