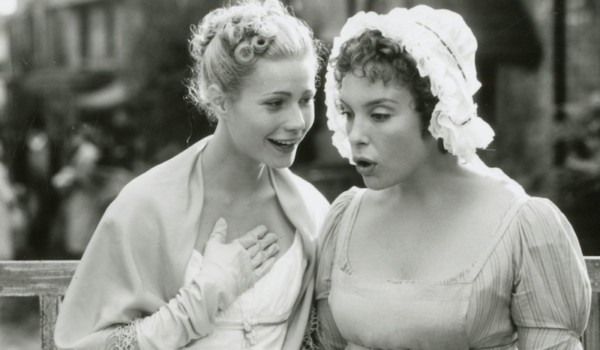 I recently was in an Austen-y frame of mind (couch, PJ’s, and dogs may have been involved) and so decided it was time to fire up one of my comfort objects. I was shocked to discover that Netflix has almost NO Austen adaptations — WTH? So despite it being my least favorite adaptation of this novel, I went ahead and re-watched 1996’s feature film Emma with Gwyneth Paltrow and Jeremy Northam. I was impressed that it wasn’t as bad as I remembered, and I did find some redeeming qualities. But I also remembered many of my problems with the film, so let’s run down the good and the bad!

Doing bad first, because I’m the good cop around here…

While Paltrow is actually a talented actress and captures Emma’s elegance very well, and also doesn’t suck at an English accent or read as super modern, I just find her too sophisticated for the role. Emma is rich, yes, but she’s also provincial and the whole plot thread is about her growing up and learning about the world (and herself). Gwyneth just comes off as “play acting” in a not-good sense, not in that she’s wooden or anything, just that she seems like she’s pretending to be naive. 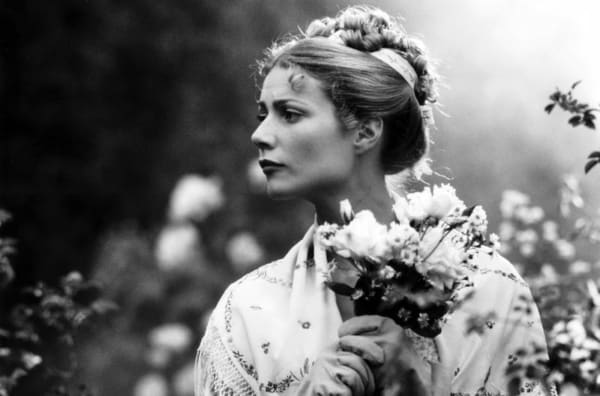 Toni Collette is faaaaaaabulous, and I like her characterization of Harriet Smith. You can see that she’s sweet, a little dim, and the perfect project for Emma to take under her wing. That being said, I got irritated all over again that Collette is portrayed as pudgy (for example, no corsets or no bust support which makes her look floppy and uncouth) and is obviously NO competition for Emma. First, don’t fuck with Muriel (as in Wedding). Second, Harriet has to be vaguely possible as a match for Knightley or the big climax doesn’t work. 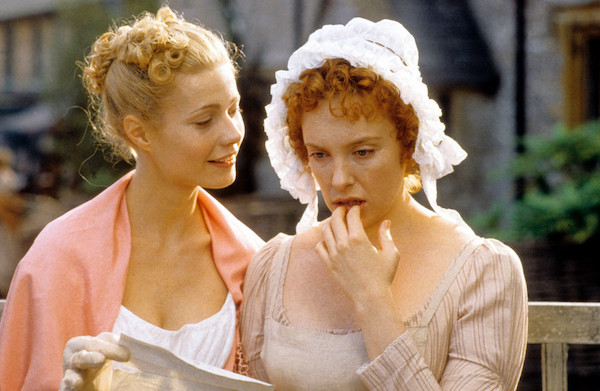 I’m sorry, I AM Muriel on some levels, so Toni Collette = love.

Obviously things have to be cut for the feature-film length, but minor characters suffer for it. Miss Bates isn’t developed enough to annoy us, so Emma seems extra bitchy. 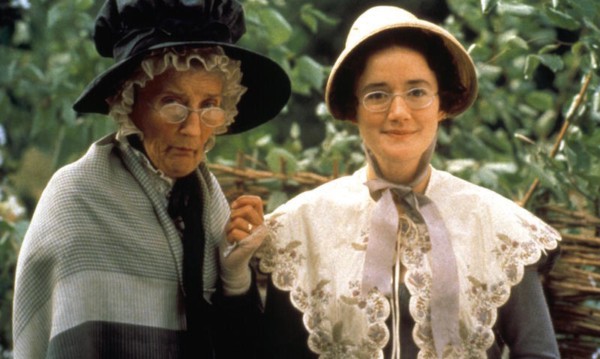 Sophie Thompson (sister of Emma) is great at comedic roles.

Meanwhile, shouldn’t-be-minor characters like Frank Churchill (Ewan McGregor) and Jane Fairfax (Polly Walker) are barely in the film — Jane especially. I think she gets like 3 lines! 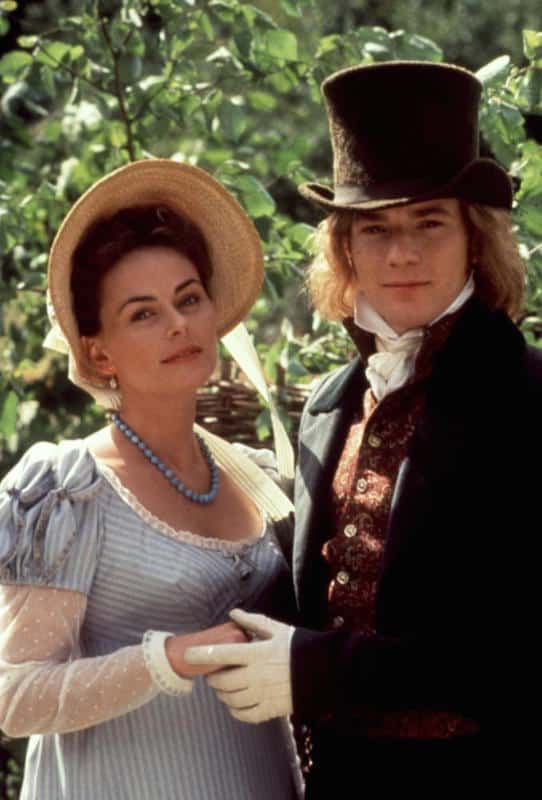 Also, hellooooo pointy bustline! Is this the 1950s?

Emma’s hair is up, thank god, but it often annoyed me in being too scraped-back to suit Paltrow’s head: 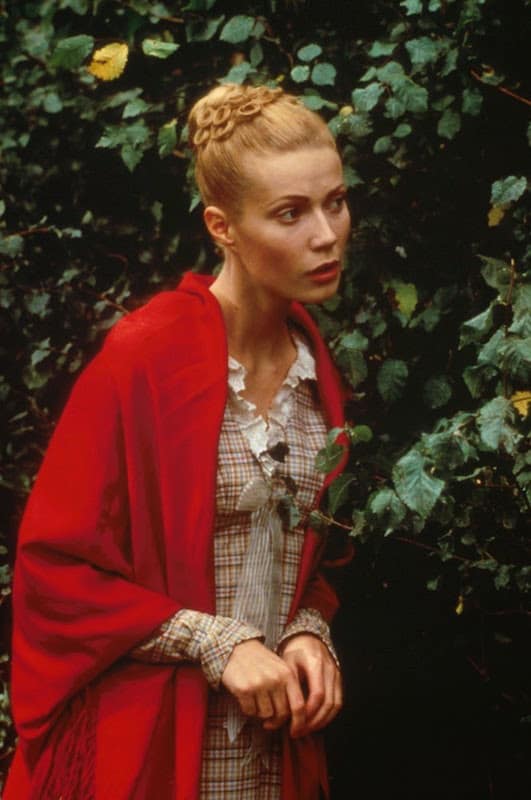 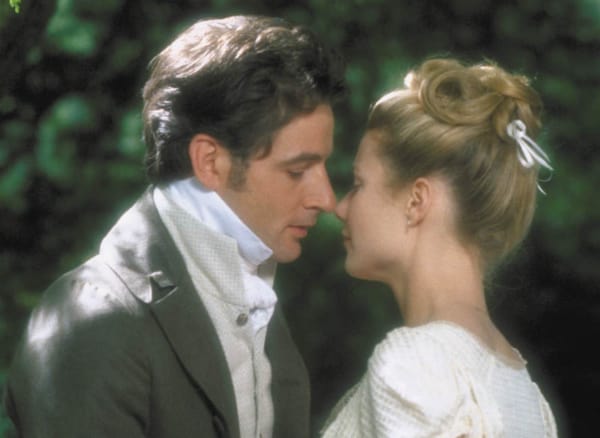 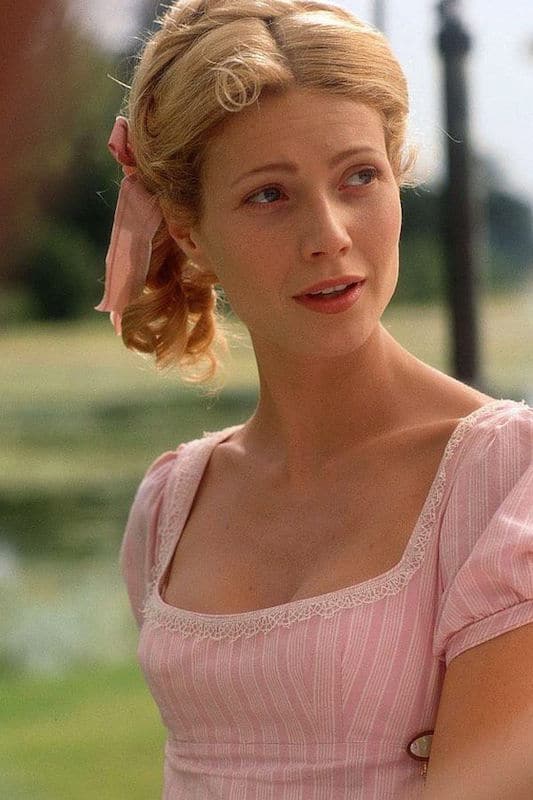 These hanging curls annoyed me in a daytime setting.

And finally, there were an AWFUL LOT of short sleeves and low necklines for day! WAY too many! Many of Emma’s dresses in particular just read as T-shirt-y, which, no. 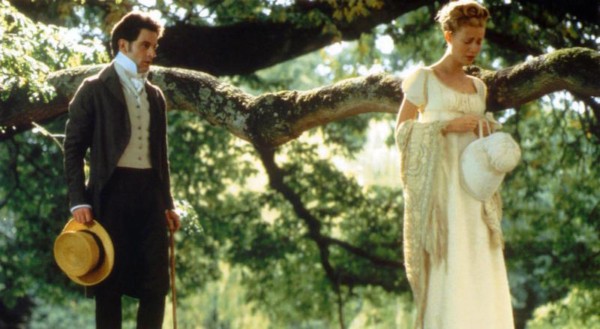 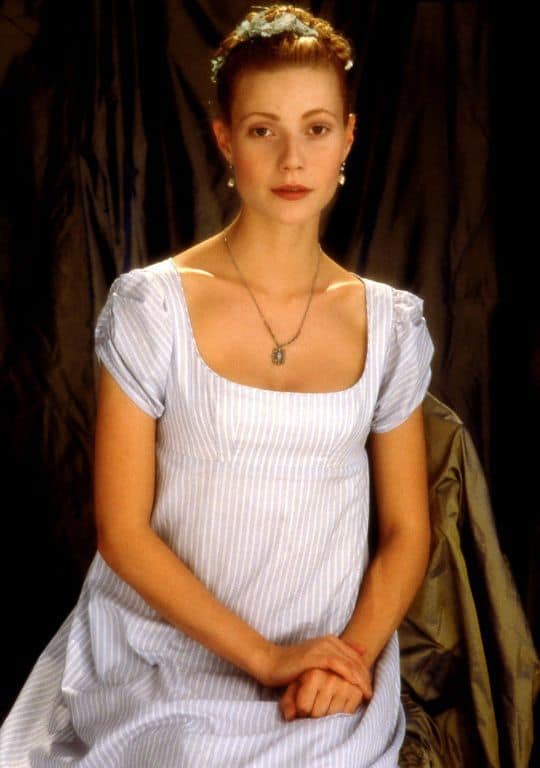 Jeremy Northam. ROWR. Although while I can’t find a good pic to demonstrate, his pants could have stood to be tighter. 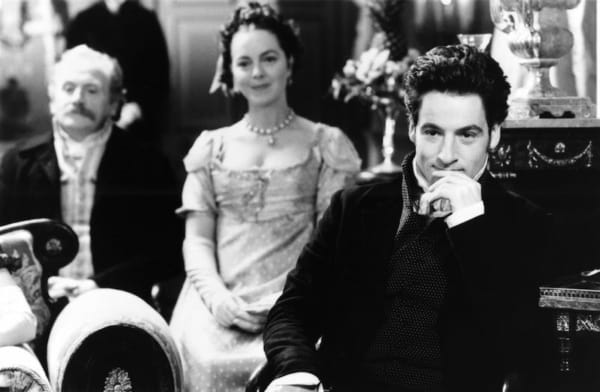 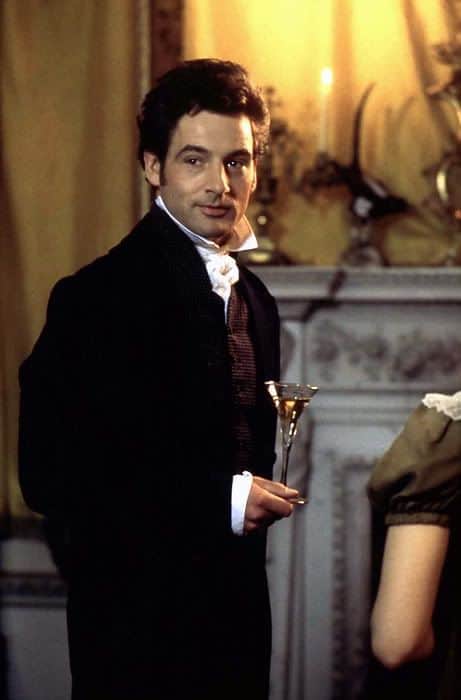 Greta Scacchi did a lovely job as Mrs. Weston, and I liked the amount of screen time she got. 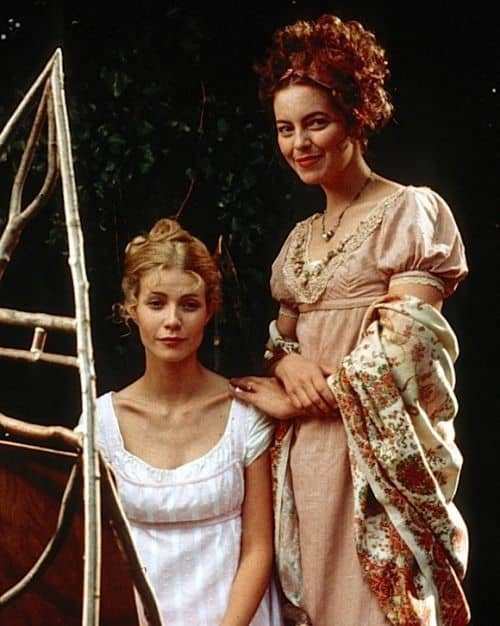 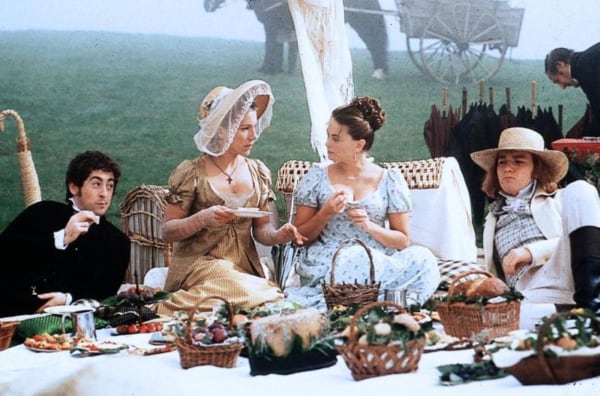 “I do not profess to be an expert in the field of fashion (though my friends say I have quite the eye) but I can tell you, there is a shocking lack of satin!”

What’s your thoughts on the Gwyneth Paltrow Emma?