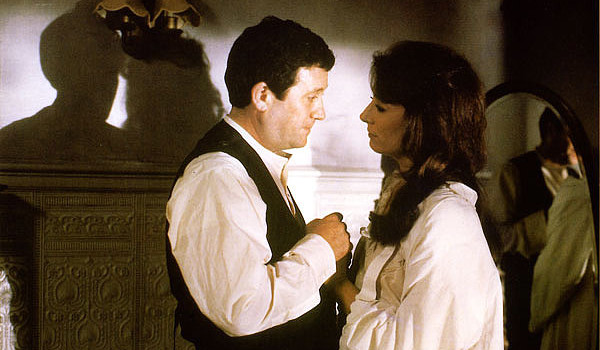 In case you haven’t guessed, we can kind of be literary nerds here at Frock Flicks (check out the adapted from books tag, for starters). Obviously, a lot of historical costume dramas are versions of novels like Jane Austen or plays like Shakespeare. But some are obscure things like this 1914 short story penned by Irishman James Joyce. The film, The Dead (1987), is a fairly faithful adaption of this thinky character study that tells of a 12th Night, or Feast of the Epiphany, dinner party and dance held by two older sisters for their friends and family. The title refers the theme of how those who’ve passed affect those who are living, which is subtly woven through the plot. 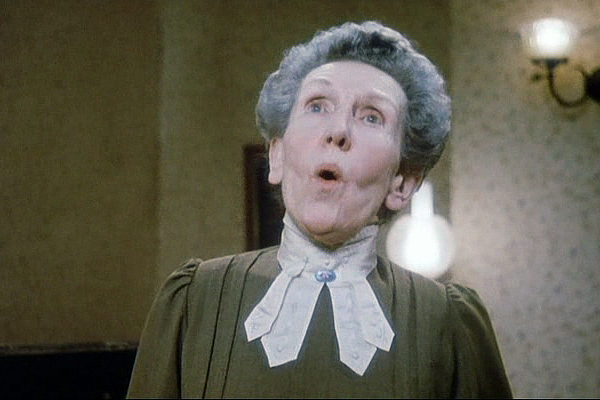 Whoa there, it’s not that kind of a movie — but excellent little collar.

No, this isn’t a thrilling or sexy movie, and the costumes aren’t super shiny. But if you’re in the mood for something smart and moving that also shows a historically accurate slice of life in early 20th-century Dublin, this fits the bill. Anjelica Huston’s Irish accent is superb, and this is notable as one of Colm Meany’s earliest film roles (before he became the token Irish Guy in every movie after 1990). Designer Dorothy Jeakins was nominated for a Best Costume Oscar for this film; it was her last movie after a long career in Hollywood, designing costumes for films like The Sound of Music (1965) and winning three Oscars. 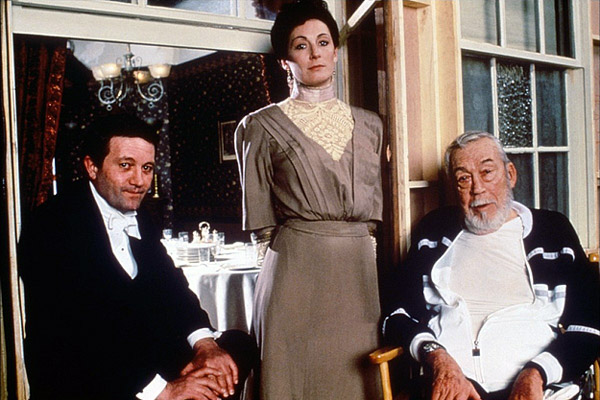 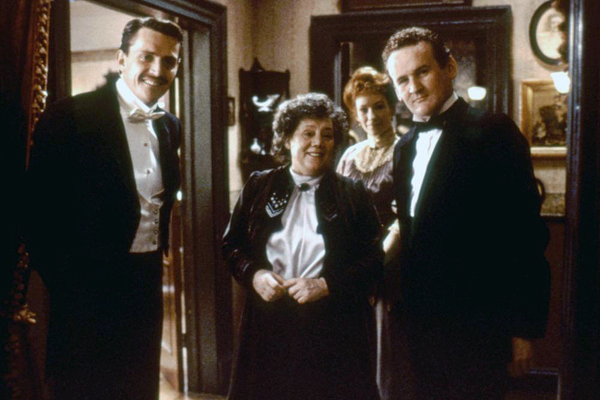 Not much actually happens in this film, but how The Dead unfolds is so lyrical and elegant, it’s like poetry. Compared to some other “plotless” movies, this feels rich, deep, and thoughtful, not thrown together. Each scene has a purpose, each word of dialog carries meaning that, as with poetry, you have to interpret carefully. This is far from mindless entertainment. You’ll have to work for it, but The Dead is rewarding as a film, much like Joyce can be rewarding to read. The visuals make it easier here, as does the music woven through the movie. 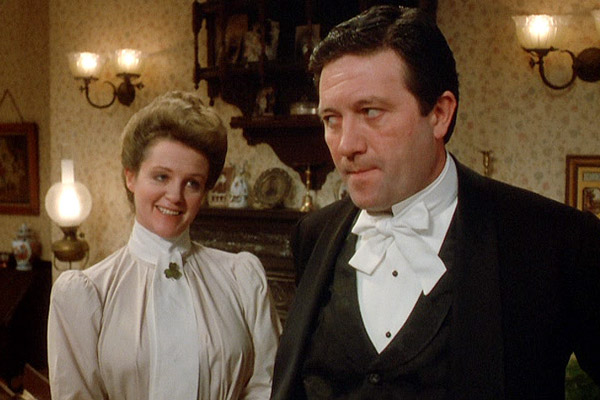 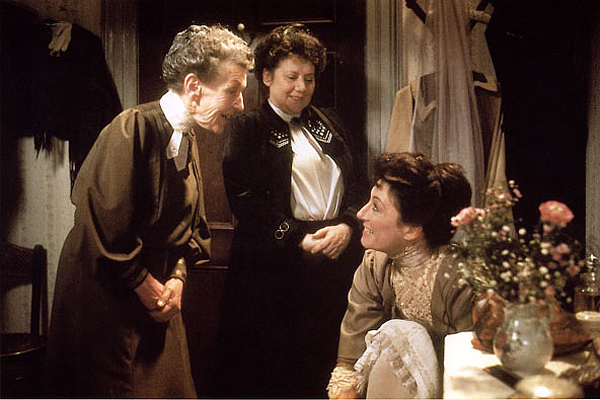 Nice petticoats shown as she’s taking off her galoshes (that’s the new thing from the Continent, you know). 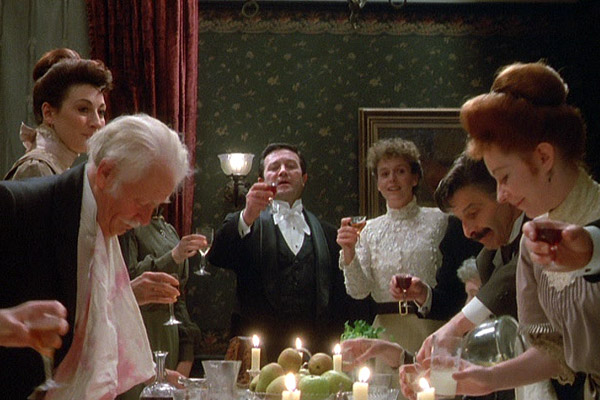 Some wine is spilled at dinner. It is that kind of party.