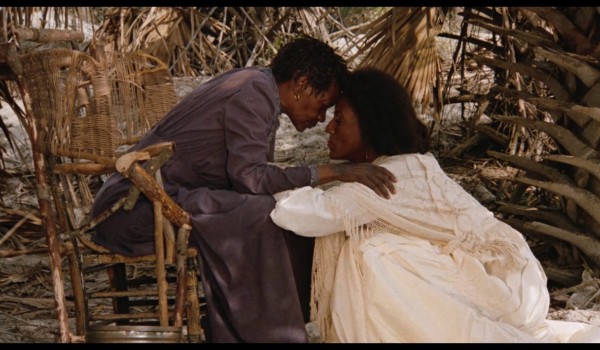 Learning about hidden times and peoples is one of the great pleasures of studying history. The Gullah community of African-Americans who live in parts of Georgia and South Carolina lived in relative isolation after the Civil War and preserved customs and traditions from their original African roots. A tableaux of Gullah life is portrayed in a lush, artistic fashion in the film Daughters of the Dust (1991). This isn’t a strict recreation of the community, but the film, set in 1902, does accurately show key elements of the culture while bringing up evocative points about progress, assimilation, and independence for African-Americans. 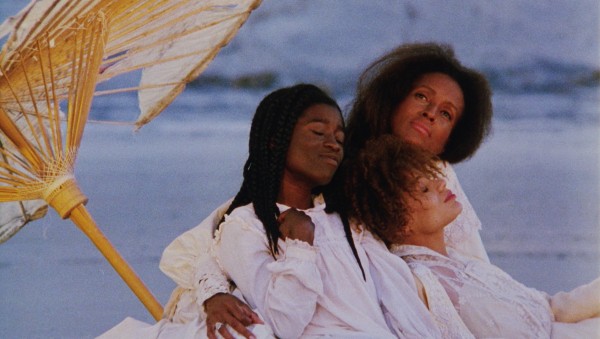 It stands up well as a period drama, despite being made on a shoestring-budget of just $800,000. While the characters generally have just one outfit each, the women’s gowns, in particular, show a great deal of detail. According to The New York Times:

The crew members spent months in preproduction: They made furniture, sweetgrass baskets and gowns using fabrics from the early 1900s.

I’d guess it’s probably the laces that are vintage due to the style and placement. 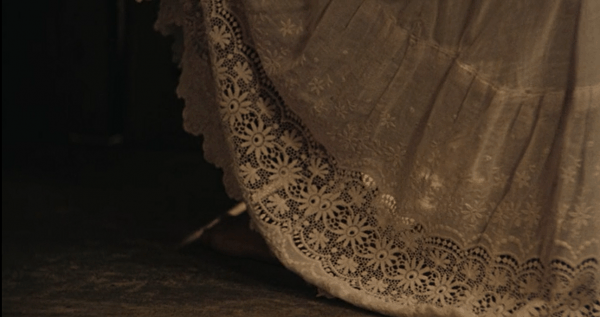 Also, the characters that have come from the mainland most recently — Viola Peazant and Yellow Mary — are the ones wearing hats and jewelry, all accessorized. The characters who’ve been on the island longest are dressed more simply. All the women are in white or pastels, except for the matriarch, Nana Peazant, who wears a gown of deep indigo-black. 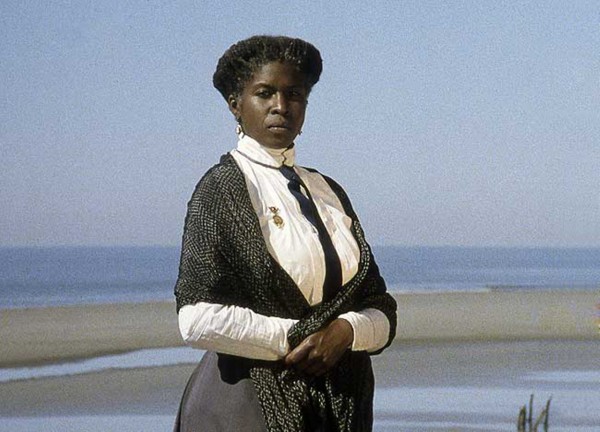 Viola has come from Philadelphia as a Christian missionary. 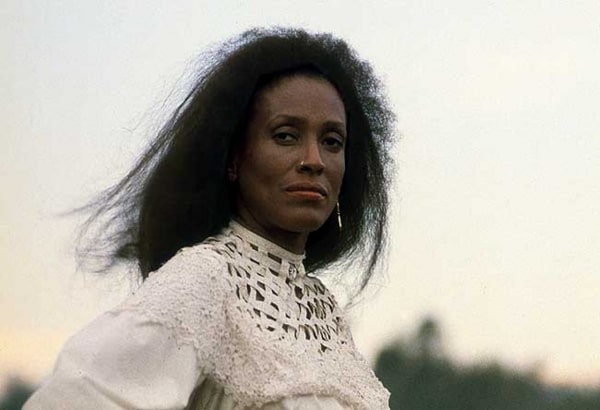 Yellow Mary can afford an elaborate gown, as a ‘working’ woman. 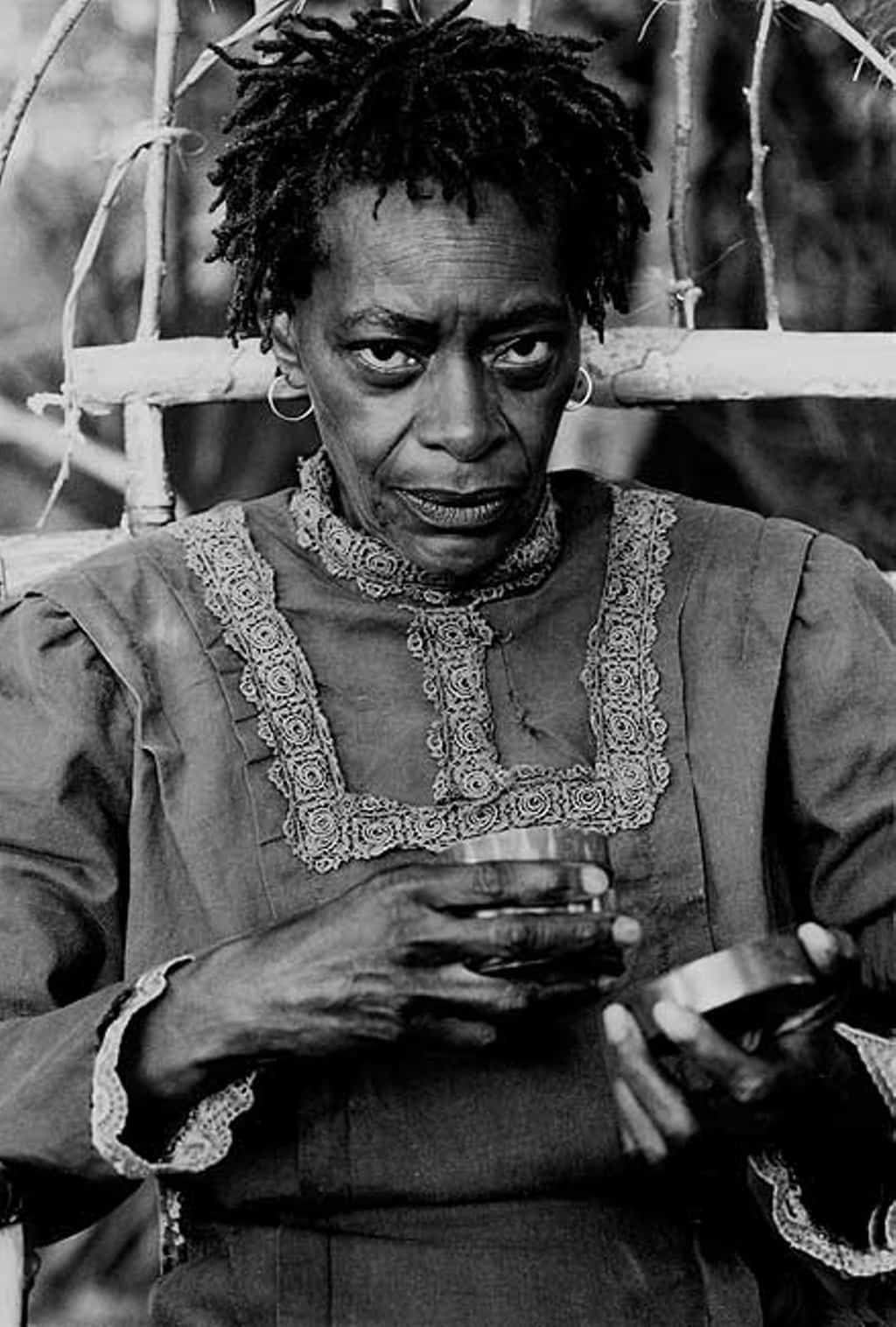 Nana’s status is conveyed through her sober dress. 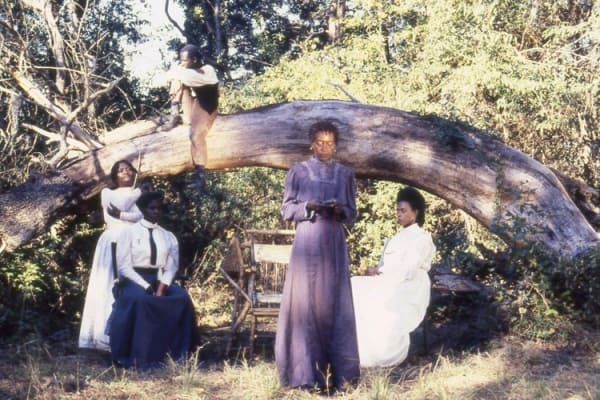 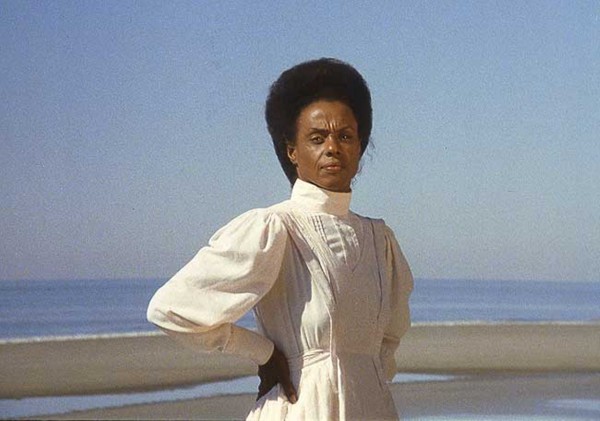 Granddaughter Haagar Peazant is eager to migrate off the island, and she’s dressed formally with a prim hairstyle.

The story is ostensibly about who in the Peazant family will leave the island to move north. But revealed in the meandering tale are Eula Peazant’s rape (and pregnancy) by a white man; Yellow Mary’s past as both a prostitute and a wet nurse and now her relationship with a woman, Trula; Iona Peazant’s romance with a Native American man on the island, among other events. There’s even a delicious-looking beach feast. 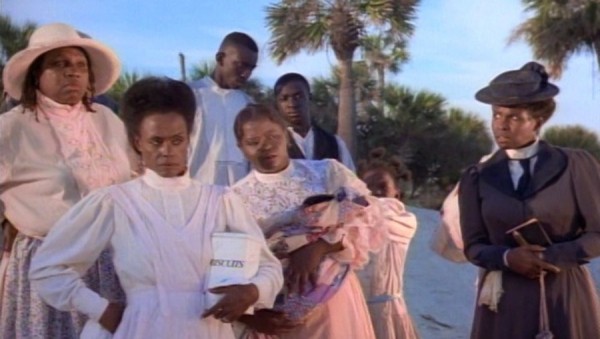 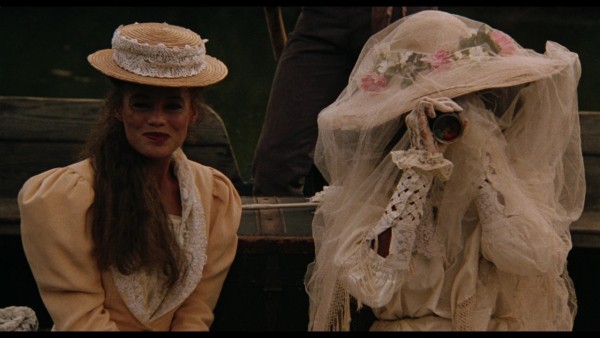 Trula stands out a little with her leg-o-mutton jacket while the pale color tries to blend in — she’s riding the line in more ways than one. On the other hand, Yellow Mary is ostentatious.

This is not an easily “relatable” film — and that’s OK. Not everything has to be or should be. History is a foreign country, and we explore it with the help of books and movies that act like passports, travel guides, and phrasebooks. Different times, places, cultures, races, classes, neighborhoods are different for reasons, and that’s OK. As long as we explore with empathy and without prejudice — without thinking we’re automatically better because we’re modern or western or white or wealthy or whatever — if you keep an open mind and see how things were done in the past or by people you are unfamiliar with, you just might learn something. 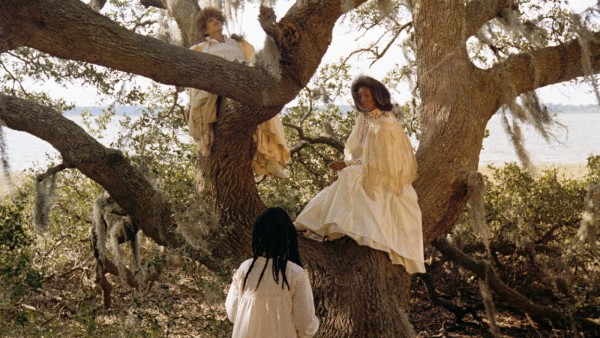 I’m probably preaching to the choir because the Frock Flicks audience enjoys history for history’s sake. But we still have our blind spots, and we indulge in our ruts of Austen, Dickens, and Queen Elizabeth. So every so often, a challenge is worthwhile.

“I really wanted to see an African-American historical drama that took me places that I had never been to before, just like I was taken places when I was watching foreign films or even some American epics. Films I was seeing at the time weren’t really made for African-Americans — they were made to explain our history to others.”

Daughters of the Dust will take you somewhere new and thoughtful, complex and beautiful. It’s currently available on Netflix and also for rent on Amazon. 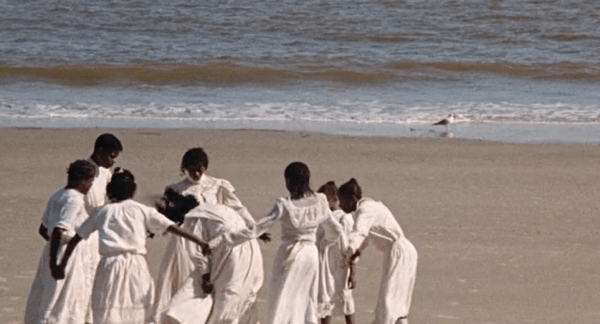 Have you seen Daughters of the Dust? Do you recognize how Beyonce and others have referenced this film?